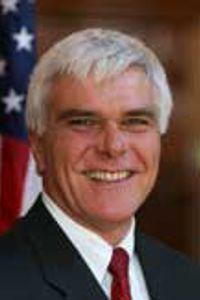 House Speaker David Ralston, R-Blue Ridge, remembered Rep. Jay Powell, R-Camilla, who died unexpectedly in November at age 67, as a legislator who followed his conscience regardless of the political consequences.

“Jay Powell loved this House,” Ralston said. “He regarded it as a place where good policy was formulated, not a place to burn down. … There was not a better member of this body.”

Powell, a lawyer, was elected to the General Assembly in 2008 after serving as mayor of Camilla from 1996 until 2007. Before chairing the powerful House Rules Committee for a year, he headed the House Ways and Means Committee, which has jurisdiction over tax laws.

“He brought an intense passion and unrivaled work ethic to the HRDC,” the speaker said. “Because of Jay Powell’s leadership, southwest Georgia will have greater opportunities and a better quality of life.”

A special election to choose Powell’s successor in House District 171 will be held Jan. 28. The district includes all of Mitchell County and part of Decatur County.

On the Senate side of the Capitol, lawmakers paid tribute to the late Sen. Greg Kirk, R-Americus, who died last month of cancer. Flowers were laid on his vacant desk in the Senate chambers and kind words came from Lt. Gov. Geoff Duncan, who presides over the Senate, and other senators.

“Sen. Kirk was a true statesman and a distinguished member of this body,” said Duncan. “He will be missed by all of us.”

“There really are no words that can express our remorse,” said Sen. Renee Unterman, R-Buford.

Kirk, 56, was elected to the Senate in 2014. He was a pastor and licensed counselor specializing in business mediation.

Notably, Kirk sponsored a so-called “religious liberty” bill in 2016 allowing pastors to refuse to preside over same-sex wedding ceremonies if it would conflict with their religious beliefs.

The bill passed but was vetoed by then-Gov. Nathan Deal.

Kirk also sponsored legislation shielding people from being sued who break into hot cars to save children.

A special election will be held Feb. 4 to fill Kirk’s District 13 seat, which includes parts of several South Georgia counties including Tift, Sumter and Lee.

In other business Monday, state Sen. Bill Heath announced he will not seek re-election to his 31st District Senate seat in northwest Georgia. Fighting back tears, Heath, R-Bremen, said he wants to spend more time with his wife.

“There is more to life than politics; I’m convinced of that,” he said.

Heath was elected to the Georgia Senate in 2005 after serving one term in the House of Representatives. He unseated then-House speaker Tom Murphy, a towering figure in Georgia politics who was among the longest-serving state House speakers in the country, serving from 1973 to 2002.

For more than three months, brush fires have ravaged the continent of Australia. To date, more than 12 million acres have been scorched, 2,000 homes destroyed and at least 24 deaths have resulted from the growing inferno.

Animals indigenous to Australia are dying by the thousands as wildfires devastate the country.

ALBANY — Chehaw Park & Zoo is working to do its part in an effort to support Australian wildlife impacted by the wildfires currently raging there.

For more than three months, brush fires have ravaged the continent of Australia. To date, more than 12 million acres have been scorched, 2,000 homes destroyed and at least 24 deaths have resulted from the growing inferno.

As the fires rage, so does a debate over the cause. Climate change leading to record drought conditions obviously has an impact. Others point to changes in farming and forestry practices. Aboriginal people there used fire to promote the growth of select food species and facilitate hunting of certain species. European domination of the region led to longstanding policies and practices related to fire suppression with unintended consequences.

While the cause of the fires is being debated, more than two dozen arrests for arson and hundreds of charges for carelessness related to the fires have been made.

Regardless of the cause, the environmental impact is staggering. It has been estimated that more than 500 million animals many have perished. For those that have survived, the future will offer more challenges. Australia is one of the driest inhabited continents. It also has some of the least fertile and fragile topsoil on earth. These factors will only make reforestation and grassland restoration that much more challenging.

One of the species impacted by these fires is the emu. The emu is the national bird of Australia and has a deep cultural symbolism there. One myth recounts the creation of the sun when an emu egg was tossed into the air.

In an effort to provide aid to Australian wildlife impacted by this disaster, Chehaw Park & Zoo is selling 40 emu eggs. The eggs can be purchased for $15. These eggs have been collected from Chehaw’s Australian Grassland exhibit. Over the course of a year, the 15 emus at Chehaw lay more than 200 eggs. The eggs are collected and cleaned for sale. The goal is to raise $500 for WIRES, Australia’s largest wildlife rescue organization. Eggs can be purchased from the Chehaw ticket booth between 8 a.m. and 6 p.m.

This is a great way to act locally and impact globally.

The Georgia Bureau of Investigation

SYLVESTER – The GBI arrested Chassity Nicole Swain, 21, of Sylvester, on felony murder and cruelty to children in the first degree charges Friday in connection to the death of her son, Joshua Swain, 2, on Nov. 13, 2019, the agency announced Monday.

In the late evening hours of Nov. 13, 2019, Worth County Sheriff’s Office deputies responded to 231 Lovett Road in Sylvester in reference to a report of a child being deceased.

Once deputies arrived, they discovered the body of Joshua Swain, who was pronounced deceased at the scene. An autopsy was performed by the GBI and indicates the child’s manner of death is homicide caused by severe injuries.

This is an active and ongoing investigation. Anyone with information related to the death of Joshua Swain or the whereabouts of Willie Rhodes is encouraged to contact the Worth County Sheriff’s Office at (229) 776-8211 or the GBI at (229)-777-2080.

Commissioners and audience members listen to presentation on Monday from Orlando Torres with Verra Mobility.

ALBANY — Dougherty County Commission members who frequently field complaints about speeding cars and semis are examining whether technology could help put the brakes on drivers racing through county neighborhoods.

Commissioners on Monday heard from a company that provides equipment that can catch drivers speeding through school zones and other locations and that snaps shots of drivers who pass buses stopped to load or unload students.

The equipment would come at no cost to the county, as the company receives a flat fee of $25 in every court case in which a driver is fined, Orlando Torres, director of account management for Verra Mobility, told commissioners during the work session.

The company’s customers include New York City and Cobb County, Georgia, he said.

The technology can be used under Georgia law to issue noncriminal citations for certain traffic violations, including speeding in school zones, Torres said during a lengthy presentation peppered with questions from commission members. The company manages the systems it has installed, including storing the images and video, and handles requests for records from law enforcement and the public.

The presentation was requested in an effort to examine whether the equipment could potentially slow down speeding drivers, Commissioner Victor Edwards said during an interview following the meeting.

Commissioner Anthony Jones said he was impressed with what he heard during the presentation. He said he would like to learn more about how the equipment might work and perhaps hear from representatives from other governments in locations where it has been used.

“I think it’s something we can use in the unincorporated area, especially (for) speeding,” he said. “We get a lot of complaints about speeding on certain roads. I know certain areas in District 6 we can use this so we can get some folks to slow down.”

Torres also pitched the technology as a way to reduce crime. It can monitor the tags of cars, keeping track of vehicles traveling in the area where a crime occurs or there is ongoing criminal activity.

Such technology could be useful in combating gang activity, Dougherty County Police Chief Kenneth Johnson said after the meeting. That could include keeping tabs on cars whose drivers frequent a location where illegal drugs are being sold.

“That would be a good tool for the drug unit,” he said.

In other business, commissioners heard a report on proposed improvements at a railroad crossing on Eight Mile Road. 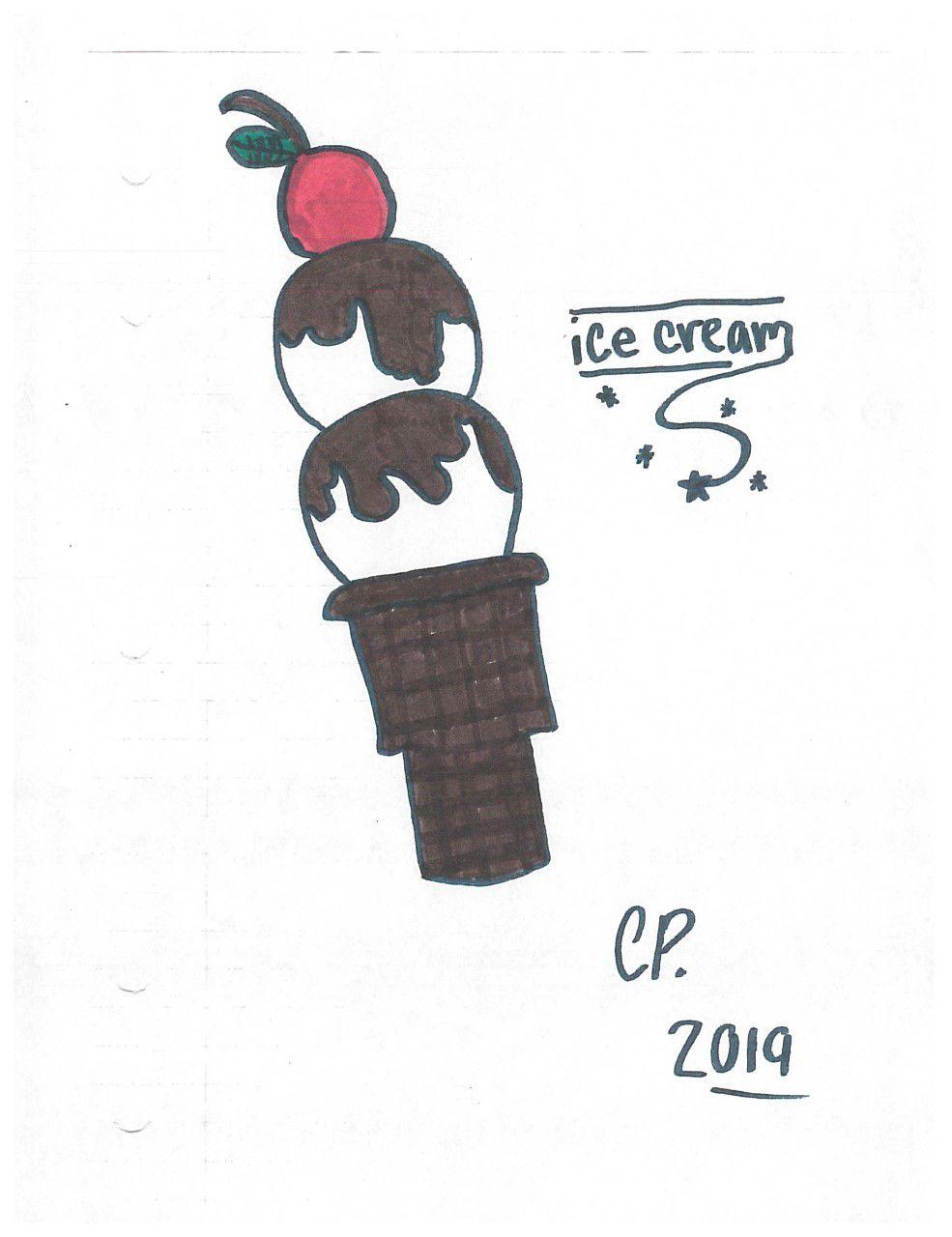