The Dougherty County Commission is scheduled to vote next week on bridge renovations and aquatic weed control at Radium Springs.

ALBANY — When Dougherty County officials gave state legislators a tour of the historic Spring Run Bridge in January 2020, it was only a few weeks before the unexpected arrival of a devastating pandemic.

The tour at Radium Springs was made as part of a request for funding, and after the arrival of COVID-19 and the subsequent steep drop in state revenues, the funding appeared to be in jeopardy due to the need for budget-cutting.

The $1.5 million grant was somewhat surprisingly approved during the delayed 2020 legislative session, and with approval next week of a contractor, the bridge restoration project could be on its way to completion in about six months.

The bridge spans Spring Run Creek, which flows about a mile from the blue hole at Radium Springs and into the Flint River.

On Monday Dougherty County Commission members heard an update on bids for the work. Albany-based LRA Constructors Inc. tendered the low bid of $679,100 on the renovation project, and county staff have recommended accepting that proposal.

The county received a second bid, in the amount of $971,000, from JHC Corp., based in Peachtree City.

County staff also recommended on Monday accepting a contract from Edge’s Aquatic Services for chemical control of hydrilla and other invasive water weeds in the spring area and creek at a cost of $12,800. Edge’s bid was the highest of three received, with the others coming in at $7,000 and $11,917.

The recommendation to approve that bid was made because Edge’s agreed to make spot applications in problem areas at a prorated price, while the other two vendors would have charged the full contract price for that service, Assistant County Administrator Scott Addison told commissioners.

Earlier this year, the county hired a company to physically remove the invasive weeds that were present throughout the spring and creek area.

The restoration of the bridge, which is part of the trail system at Radium Springs, is part of the overall plan for the site, Commissioner Anthony Jones said.

“This is an exciting time for the commission as it pertains to Radium Springs,” he said during a telephone interview after Monday’s meeting. “Our vision is about to come true. This bridge is just another component that makes our dream closer to coming true.”

Other parts of the project include a restroom area at the trailhead at the former golf course. The county also has installed exercise equipment, renovated the gazebo and ticket booth at the location of the former Radium Springs Casino and completed a memorial to five area residents who were killed in a 2017 tornado.

The casino was demolished after a series of disasters including a fire and flooding in 1994 and 1998.

On a recent visit to the spring with his wife, Jones said, he overheard a woman from the Atlanta area telling a younger woman, apparently her daughter, about visiting Radium Springs while growing up.

“This is our dream, to bring back the golden time that used to be at Radium Springs,” he said. “We have a lot of foot traffic, people walking through Radium Springs, and we want to make it attractive.

“As soon as we’re done with Radium Springs, we’re going to move down to Putney and do some work with the park in Putney.”

Despite a tenure that included dealing with a worldwide pandemic, Albany State University’s spring Class of 2021 received diplomas Saturday and Sunday to mark the end of at least the current phase of their educational endeavors. ASU media specialist Reginald Christian captured the commencement ceremonies and has a photo gallery from the events at AlbanyHerald.com. 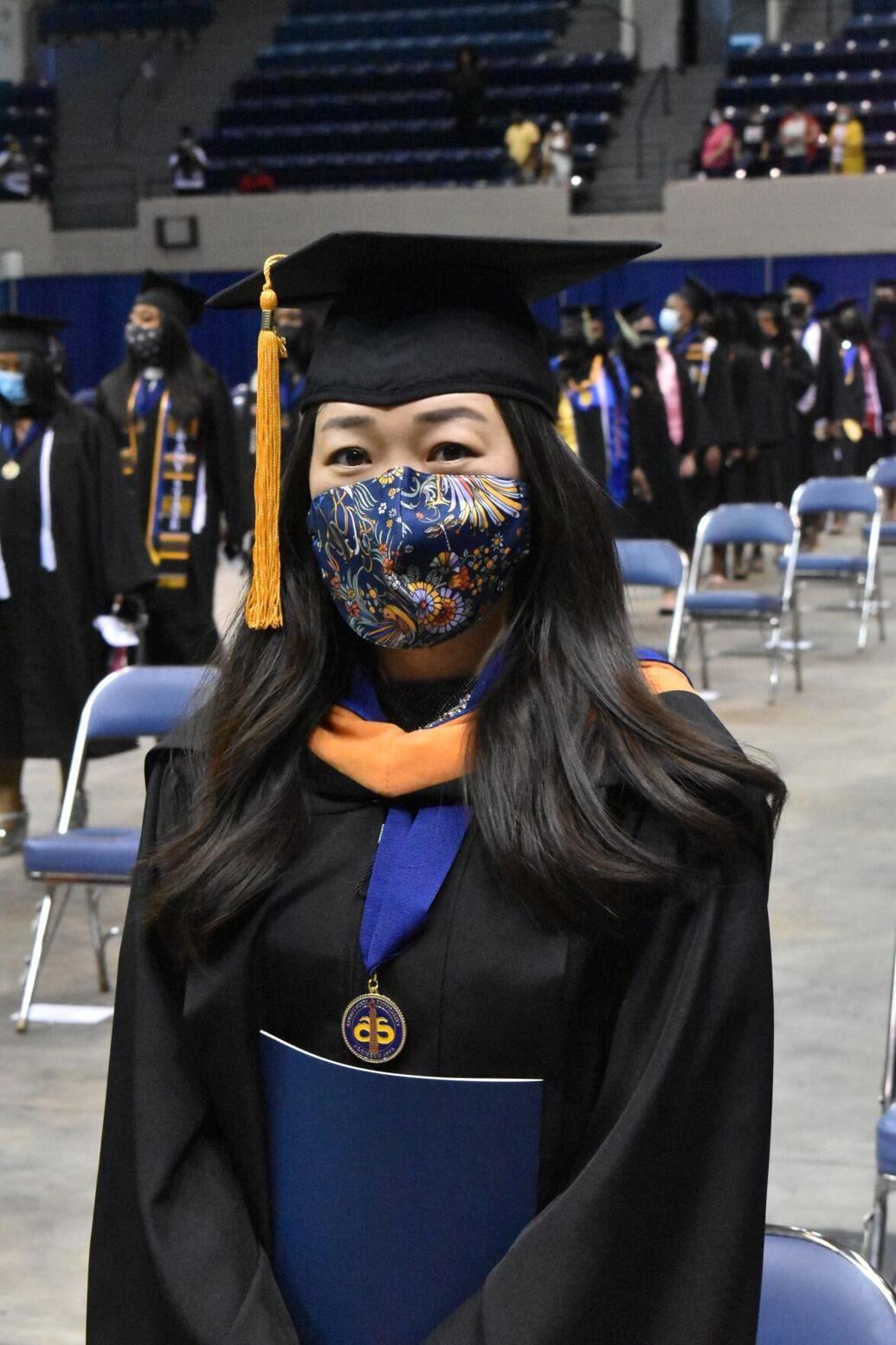 Despite a tenure that included dealing with a worldwide pandemic, Albany State University's spring Class of 2021 received diplomas Saturday and Sunday to mark the end of at least the current phase of their educational endeavors. ASU media specialist Reginald Christian captured the commencement ceremonies and has a photo gallery from the events at AlbanyHerald.com.

ALBANY — After spending some two decades in the Dougherty County School System, Julian Hall wants to bring his experience to the policymaking side, with an emphasis on putting students first.

Hall, who retired from the school system in 2016 after working seven years as a professional and later as the supervisor of an after-school program, is one of six candidates seeking election to the School Board to fill the unexpired term in District 2 of long-time board member Milton “June Bug” Griffin,

Griffin died in February, and his term would have extended until Dec. 31, 2022. The special election will be held on June 15.

As supervisor of the extended day program, Hall, who also is retired from UPS, said he worked on a number of campuses, including Morningside, Martin Luther King Jr. and West Town elementary schools. He also started a basketball league for elementary school students.

“I was the one who started that program within the system” he said. “That was another thing I created, (with) the cheerleaders and all that.”

Due to the COVID-19 pandemic, students are in a much different school environment now, and some have fallen behind due to the necessity of closing schools early in the pandemic and shifting to virtual instruction online, the candidate said.

Currently the school system is using a hybrid model with some students at home and some attending in person. School officials say they plan to return to an on-campus model in the fall.

“At the same time, you can’t keep students home for too long.”

Preparation, and making sure the system communicates with parents on the re-opening process, is key to a successful and safe return to campus, Hall said.

If elected, Hall said he will hold monthly town hall meetings to hear parents’ opinions and to share information with them. Distance learning, he noted, presented challenges for some students in getting connected online and with parents keeping up with expectations for their children.

“I’ve had to go over to several persons’ houses to help them out with the computer,” Hall said. “That’s where it comes back to the parents and having them know what’s going on with their kids.

“We can go back to school safe. The biggest thing is safety, just make sure we get through this Everything else will fall into place.”

Hall said he also would like the school system to provide more after-school activities for students closer to home, as some may not be able to afford programs or have transportation to the Boys & Girls Club

Ultimately, Hall said he is running to make things better and build on Griffin’s legacy.

ATLANTA — Gasoline prices could be headed up at the start of the summer driving season following the shutdown of a major pipeline hit by a cyberattack.

Alpharetta-based Colonial Pipeline reported Friday it was the victim of an attack involving ransomware that forced one of the largest fuel transport systems in the nation to halt most of its operations. Colonial’s 5,500-mile pipeline system runs from Texas to New Jersey.

“Maintaining the operational security of our pipeline, in addition to safely bringing our systems back online, remain our highest priorities,” Colonial wrote in a news release Sunday.

Colonial has hired independent cybersecurity experts to determine the nature and scope of the ransomware attack and put an operations team to work developing a system restart plan with a goal of “substantially restoring operational service” by the end of this week, the company wrote in an update Monday.

While four main lines remain out of service, some smaller lines connecting terminals with delivery points are now operational.

The full system will not be restored until Colonial officials believe it is safe to do so and in full compliance with federal regulations, the company stated. The U.S. Department of Energy is leading the federal response.

Ransomware attacks have become a growing problem for both government and private sector computer systems. In ransomware attacks, hackers block access to an organization’s computers and threaten to keep them blocked and/or publish sensitive private information unless a ransom is paid.

In one example, a ransomware attack in 2018 affected nearly 3,800 city of Atlanta computers, forcing the city to shut down its court system and delay many other services.

The perpetrators demanded a ransom of $51,000 in Bitcoin to restore access to the computer systems they had encrypted, which the city refused to pay. A federal grand jury indicted two Iranian nationals in the attack later that year. 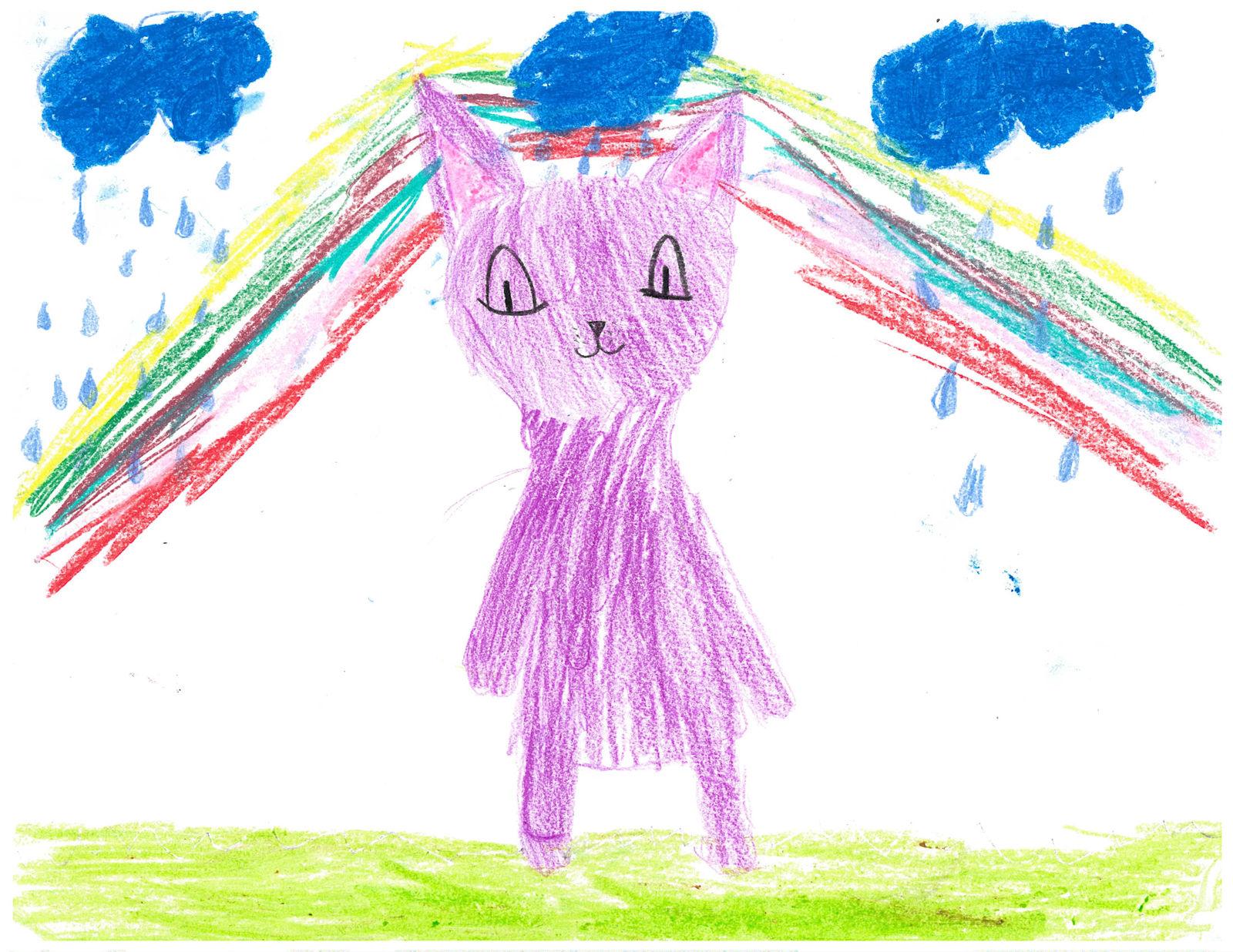