Lee County Commission Chairman Billy Mathis said the board got some good tax news -- an increase in revenues -- after signing off on the county's FY 2021 budget.

“We got the numbers last Friday, and I was shocked,” Lee Commission Chairman Billy Mathis said. “The numbers we got Friday were for last month. The month of the shutdowns. The T-SPLOST revenues In Lee County have averaged around $200,000 a month. Last month they were $352,860. Our SPLOST revenue averages around $300,000 a month, and last month it was $423,656.

“This is interesting news. Everybody has been a little scared about what was going to happen with sales tax revenue with the virus situation. I told our staff last month, ‘The next three months are going to be very interesting. A couple of things affected this, I think. The biggest is the internet sales tax bill kicked in in April. A lot of people stayed home, bought groceries, went to the local liquor store, the home improvement store. These numbers are incredible. I would have never guessed we would have this. I was shocked at how good the numbers were. I was worried they might have gone the other way.”

The unexpected increase in sales tax revenue is certainly good news for the Lee Commission, which just approved a $25,843,051 budget for the new fiscal year. This amount is an increase of $447,928 over the previous year.

The approval of the 2020-2021 budget came before the good news on sales tax revenue. However, while planning for the new budget, even with the concerns of potential sales tax shortfalls due to COVID-19, the commission was committed to creating a budget that did not require an increase in the tax rate or the utilization of any reserves.

“We try every year to budget well,” Mathis said. “We have about $10 million in reserves, and a little cash set aside if needed. But we have not had to use any to use any of it for a while.”

The Lee board also works to make every dollar count, utilizing a variety of strategies to cut cost, the commission chairman said. One such strategy is refurbishing ambulances instead of buying new units.

The process the commission used to replace its old ambulances exemplifies cost-saving efforts. The board utilized a subsidiary of Grady Hospital that refurbishes ambulances to achieve the goal.

“You can send them your old ambulance, and they take the box (rear of the ambulance) off and put it on a new truck chassis (frame, cab engine and transmission),” Mathis said. “They rework the box and take everything out — lights, hinges, absolutely everything inside. When it comes back, you can’t tell it’s not a new ambulance.”

This process saved the county $90,000 per ambulance, Mathis said. The savings on the five ambulances the county purchased was $450,000 which was the cost of a new firetruck the county needed.

“We try to do those kinds of things in Lee County,” Mathis said. “It’s harder to do. You have to roll your sleeves up and ask, ‘Where can I save money?’ I like to tell people proudly that we watch every penny. And we literally do watch every penny. And it’s worked out for the taxpayers over the years with no tax increases. That’s how we try to budget.”

The historic bridge near Radium Springs stands at the point where Skywater Creek and the Flint River meet. State and local officials toured the area earlier this year, and the state announced this week that it is earmarking $1.5 million for the project.

ALBANY — Since the time Native Americans lived in the area, Radium Springs, with its blue waters flowing to the Flint River, has been considered a magical place.

The earlier inhabitants identified the springs as Skywater, a name that has been retained for the creek that carries the water that bubbles up from the ground to its meeting with the brown waters of the nearby river.

Once the site of a casino building that was a landmark for decades, the land where the springs are situated and the nearby neighborhood have been hit by disasters over the last quarter-century, with floods in 2004 and 2008 and a 2017 tornado. The floods sealed the fate of the casino, and the tornado destroyed more nearby houses.

Dougherty County leaders have been looking to restore the luster of Radium Springs for more than a decade and are in the process of fulfilling a master plan to rehabilitate the area. This week the Dougherty County Commission got the news that the state is putting $1.5 million into the project.

The county’s master plan includes a trailhead and trail from the site of the former golf course to the spring, which eventually will connect to downtown Albany.

The state grant will include about $705,000 to restore the Spring Run Bridge, located near the confluence of Skywater Creek and the Flint River.

With lawmakers looking at steep cuts to the state budget to deal with reduced revenue due to the COVID-19 pandemic that caused the closing of businesses for weeks, 2020 did not look like a good year for the project to be funded. So officials were pleasantly surprised the funds came through.

“That was some of the best news we’ve received,” Dougherty County Administrator Michael McCoy said. “We have obviously been working on the recovery of Radium Springs for some time now.”

Plans to restore the area date back more than a decade, but significant work has been completed at the site where the casino was demolished and at the trailhead.

“Millions of dollars in the community (were spent) to bring about recovery,” McCoy said. “One of the important projects is to rehabilitate the bridge located on property that belongs to the state.”

Several legislators visited the site and requested more information ahead of the 2020 legislative session that was suspended mid-session due to COVID-19. Lawmakers returned to finish the session in June, and local legislators, including state Sen. Freddie Powell Sims and state Reps. Winfred Dukes and Gerald Greene, backed the project.

“We put together an informational package that included a video and shared it with our state (legislative) delegation,” McCoy said. “They immediately embraced the project and committed to working as hard as they could to secure this project. We are so thankful to them for their leadership.

“That bridge is an integral part of our redevelopment pan for the Radium Springs Garden and Radium Springs (community). The funds will go toward restoring the bridge and installing a trail segment.”

While the county owns a small portion of the land in the development around the springs, the state owns the bulk of it, including the bridge, so state assistance was a good partnership, McCoy said.

“It’s going to do a lot for that area and Radium Springs,” said Johnson, who is a member of the commission’s Recreation Committee that has been heavily involved in planning at the garden and park area.. “It opens back up that Spring Run (and) the trail going all the way down to the river, so I think it’s great.”

In addition to the restoration of an area that has been battered by Mother Nature, it also creates tourism and economic opportunities, the county commissioner said.

“Our vision for Radium Springs is to offer a good quality of housing in the Albany-Dougherty County area,” he said. “This is a good place to start in rebuilding and rebranding in Dougherty County.”

The area where the spring water and Flint meet also provides a habitat that is ideal for striped bass, Johnson said.

Commissioners also see the park and gardens as a natural fit to lure individuals looking to commune with nature as well as groups and festivals.

“It opens up the tourism, it opens up the trail,” Johnson said. “It also is going to jump-start economic development. If we can get Radium Springs back open, it’s going to support festivals and food trucks. This continues to add places in Albany, Dougherty County for people to see.

“It’s a sign of partnership and a great compliment from the state. It’s a show of faith in our area.”

Gov. Brian Kemp has introduced the Georgia Safety Promise, a safety campaign to remind Georgia businesses and the public of the importance of following COVID-19 safety guidelines.

ATLANTA — Gov. Brian Kemp signed a $25.9 billion state budget Tuesday that he called “bittersweet” because of $2.2 billion in spending cuts brought on by the devastation the coronavirus pandemic is wreaking on Georgia’s economy.

“This budget reflects our values as a state. It prioritizes education, health care and public safety,” Kemp said during a signing ceremony at his Capitol office. “But this budget speaks to some of the hard choices made by state leaders.”

Despite 10% across-the-board reductions to state agency budgets, Kemp stressed that he and legislative budget writers still were able to fully fund K-12 student enrollment growth as well as projected growth in Georgia’s Medicaid and PeachCare for Kids programs.

Tapping into the state’s general-fund budget reserves for $250 million along with $50 million from Georgia’s share of the national tobacco settlement helped avoid the furlough days that had been looming over teachers and state employees.

In the public safety arena, the budget includes funds to expand the Georgia Bureau of investigation’s Gang Task Force and provide a 50-trooper training school.

Kemp also highlighted the $1.13 billion bond package as an economic development opportunity. It includes $335 million for K-12 school construction, $340 million to repair and renovate state-owned buildings and $115 million to repair, renovate and – in some cases – replace roads and bridges.

“This bond package was designed with projects for every part of our state, to help Georgia regain its competitive advantage,” the governor said.

However, the budget still cuts K-12 education by $950 million, while teachers and state employees must do without the 2% raises Kemp had included in his original budget recommendations, before COVID-19 prompted shelter-in-place orders that closed businesses, laid off workers and sent state tax collections plummeting.

Legislative Democrats, most of whom voted against the budget, took majority Republicans to task for not allowing revenue raising proposals – including a tobacco tax increase and legislation reining in state tax credits – to reach the floor of either the House or Senate for a vote.

The governor bumped fists with both men after signing the budget, which takes effect on Wednesday.

ALBANY — It was no secret that health conditions, including obesity and hypertension, were big concerns in this region. But the arrival of COVID-19 made the fatal consequences of those conditions even more apparent.

More than 150 Dougherty County residents were victims of the novel coronavirus, and underlying health conditions were a factor in the bulk of those deaths.

A $100,000 grant awarded to Dougherty County will help address those health problems and the food deserts that see many residents living in areas with no nearby stores where they can find fresh fruits and produce.

The county will receive the first installment of $50,000 for the two-year Healthiest Cities & Counties Challenge Grant awarded by the American Public Health Association in July. The grant period will be from July 1 through Sept. 30, 2022.

Funding was provided by the Aetna Foundation.

Some of the objectives for the county include encouraging better health outcomes through physical activity and addressing nutrition-related health challenges. The county will partner with Flint River Fresh, an Albany-based group that seeks to increase access to healthy food, and the Georgia Cooperative Extension Service.

“We will bring in other partners; we will have community representatives,” McCoy said. “We’re going to work collaboratively in developing our program.

“We have to address certain challenges we have in our community. That is our goal, to address these things.”

The county will submit its plan to address those challenges by Sept. 30.

“Even prior to the pandemic, we dealt with food deserts, and we knew we had challenges in our community and health indicators for our community,” McCoy said. “We were aware of the challenges and knew this grant would be beneficial.” 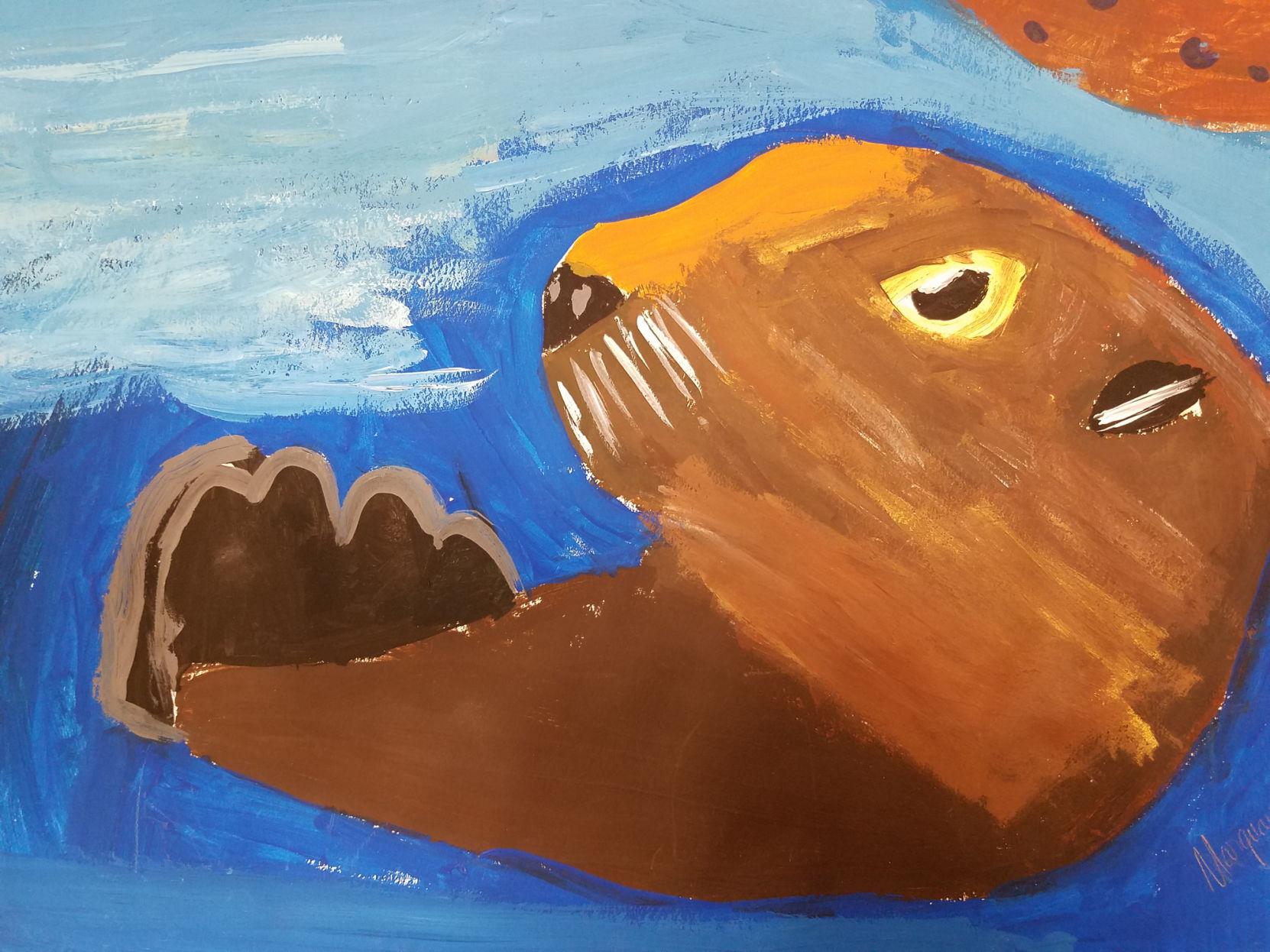