Phoebe Putney Health System Chief Medical Officer Dr. Dianna Grant said the system received its first shipment of the Johnson and Johnson vaccine in the last few days and has not utilized that supply.

ALBANY – The Centers for Disease Control and Prevention and the Food and Drug Administration have recommended a pause in the use of the Johnson & Johnson COVID-19 vaccine. Phoebe Putney Health System received its first shipment of the Johnson and Johnson vaccine in the last few days and has not utilized that supply.

“Phoebe has only administered the Pfizer and Moderna vaccines,” health system Chief Medical Officer Dr. Dianna Grant said in a news release. “We had planned to begin offering the Johnson & Johnson vaccine in limited circumstances soon; however, we will wait for further guidance from the CDC and FDA before deciding whether or when to do so.”

The pause was recommended after six cases of a “rare and severe” type of blood clot were reported among the more than 6.8 million doses of the Johnson & Johnson vaccine administered so far in the United States. The CDC and FDA are investigating to determine whether those cases are connected to the vaccine and recommended the pause as those investigations are conducted.

“This decision was made out of an abundance of caution and shows the commitment our nation’s health experts have to safety and to the protection of the American people,” Grant said. “Even if the investigations determine a relationship between the vaccine and the blood clot cases, those would literally be one-in-a-million events. The vaccines currently being provided by Phoebe have been proven safe and effective through more than 100 million doses administered nationwide. We strongly recommend anyone who has not been vaccinated do so soon to help bring an end to the COVID-19 pandemic.”

Phoebe continues to have ample vaccine inventory and is offering Pfizer vaccines at its mass vaccination sites and Moderna at clinics and through its mobile wellness units. Anyone can request a vaccination appointment through Phoebe by calling (229) 312-1919.

The Albany City Commission identified costs of relocating utilities on the Flint River Bridge, estimated at $2.5 million, as its top priority for transportation funding. The bridge, in use since the 1950s and which carries some 20,000 cars per day, is slated for replacement.

ALBANY — A $4 million grant request to help the city respond to future health crises was one of three requests, totaling nearly $5 million, approved on Tuesday by the Albany City Commission.

Commissioners approved a list of projects for potential funding through proposed federal infrastructure legislation. The amount of those projects totals some $11.4 million, which would include $9.1 million in federal funding and $2.3 million in matching funds from the city.

“We have this opportunity to address health literacy in the community, specifically in response to COVID-19,” Albany-Dougherty Planning Services Director Paul Forgey said of the $4 million grant. It will entail “community education to increase the vaccination rates and make the community more resilient to future health emergencies.”

The commission handled the grant approvals during a special called meeting because of looming deadlines on the proposals. The U.S. Department of Health and Human Resources is expected to enhance equitable community responses to COVID-19.

If approved, the city would act as the fiscal and administrative agent and partner with Albany State University, which would be responsible for quality assurance and evaluation of research, Forgey said.

“Part of the grant is to create a health literacy task force,” he said. “This will include a broad base of community leaders and organizations that work in the health field.”

Among the groups that will be involved is the community advocacy group is SOWEGA Rising, which was instrumental in bringing the grant to the city’s attention.

The task force will design and oversee implementation of projects.

At the top of the items identified in the list of transportation needs was the relocation of utilities over the Oglethorpe Boulevard bridge, which crosses the Flint River. The state has approved funding for replacing the nearly 80-year-old structure, and bids for what is expected to be a $16 million project will be opened in July 2022.

The city’s estimated cost to move utilities is $2.5 million, and federal funding, if approved, could pay $2 million of that cost. The city’s match would total $500,000.

Forgey said the list of top projects was prepared at the request of U.S. Rep. Sanford, D-Albany, for possible inclusion in his requests for funding.

Under the program, the city makes loans to developers to clean up contaminated sites to put back into productive use.

The final grant was for street safety striping and raised pavement markers totaling $350,000 from the Georgia Department of Transportation.

The city’s match would be 30% of that amount.

The Dougherty County School System will unveil its new virtual career platform on Saturday as it reaches out to potential teachers.

ALBANY — Benefits, bonuses and location in southwest Georgia are among the perks being promoted by the Dougherty County School system as it opens a virtual platform to recruit teachers this week.

The school system is reaching out in an attempt to address a teacher shortage that is hitting particularly hard in the areas of special education, math and science.

“That’s across the nation,” Jill Addison, the human resources officer for the school system, said. “It doesn’t differ here. Special education is a critical area for us. It is across the state.”

There have been a number of retirements within the local school system in special education, and there are about 10 to 15 positions available. The system has about 1,500 certified positions, which includes teachers and administrators, and about 25 to 35 vacancies.

“Special education is very specialized, so we have to dig deep for those folks,” Addison said.

The two-hour virtual career fair will run from 10 a.m.-noon on Saturday, but the system will be available after that time for prospective employees to get in contact with school principals. The platform, which cost $15,000 for the first year’s license and $17,000 for the subsequent two years, also can be utilized for school meetings.

The school system recognized the need to reach out to individuals interested in teaching after it was unable to hold the traditional in-person career fair and bring prospects on campus last year due to the pandemic.

“We’re in this world where we can interview from just about anywhere in the world,” Addison said. “We’re just getting with the times. We’re a little behind the times, and COVID moved us along a little quicker.”

The virtual platform will have a “lobby” area where individuals can sign in and give basic information. It also will include videos from other educators in the system and provide prospects the opportunity to introduce themselves by speaking with administrators at schools.

“Usually we have already scheduled a live event where applicants are able to meet with the principal and assistant principals,” Addison said. “In terms of real-time chat, they can do a video or chat if they’re interested.”

Principals also can set up future meetings to speak further with applicants.

Among the reasons Addison said she thinks a teacher may want to consider moving to the region from out of state is that Georgia has very competitive salary and benefit packages compared to surrounding states.

The virtual portal is only part of the recruitment effort. The system also is reaching out to cities and colleges in and out of state. Addison said she hopes to have a wide reach with the virtual platform to get the message out that Dougherty County is a good place to teach.

“South Georgia is a wonderful place to live, a hidden gem,” she said. “We try to (stress) that.”

Moving forward, the school system likely will employ a “hybrid” design of recruiting, both in-person and online.

At the end of the day the job is the same — hiring the best people for the job, Addison said.

“This is much more than just filling (positions) ... it is to find that person that wants to love on our kids and inspire them to do great things.”

ALBANY — With two years worth of debris having collected in the community since the last Keep Albany-Dougherty Beautiful Stash the Trash event in 2019, there should be plenty for volunteers to do Saturday during the annual (minus a pandemic, of course) cleanup effort.

Albany and Dougherty County officials, as they have done in the past, will kick off the Stash the Trash weekend Friday morning by removing debris from the city’s downtown district.

“They set the example for the rest of the community,” KADB Executive Director Judy Bowles said in a news release.

Taking up Saturday where the local officials leave off, more than 1,000 volunteers are expected to clean up designated sectors of the city throughout the day. Because of COVID-19 restrictions, there will be no citywide gathering of volunteers, but groups have already made plans to clean up specific areas.

The very active Rawson Circle Neighborhood Association is one of the groups that has registered to participate. The group’s president, Jack Davis, said in an email to members of the association that T-shirts would be awarded to the first 30 volunteers who take part in the cleanup. The Rawson Circle group also has trash bags and gloves for volunteers, who are scheduled to work from 8-11 a.m.

“Looks like a chance for rain, so stay flexible,” Davis told the volunteers. “Let’s get a great turnout and work to make our neighborhood look it’s best.”

During the last Stash the Trash event in Albany and Dougherty County, 2,069 volunteers took part and removed 54.19 tons of garbage on 123 miles of roadside. 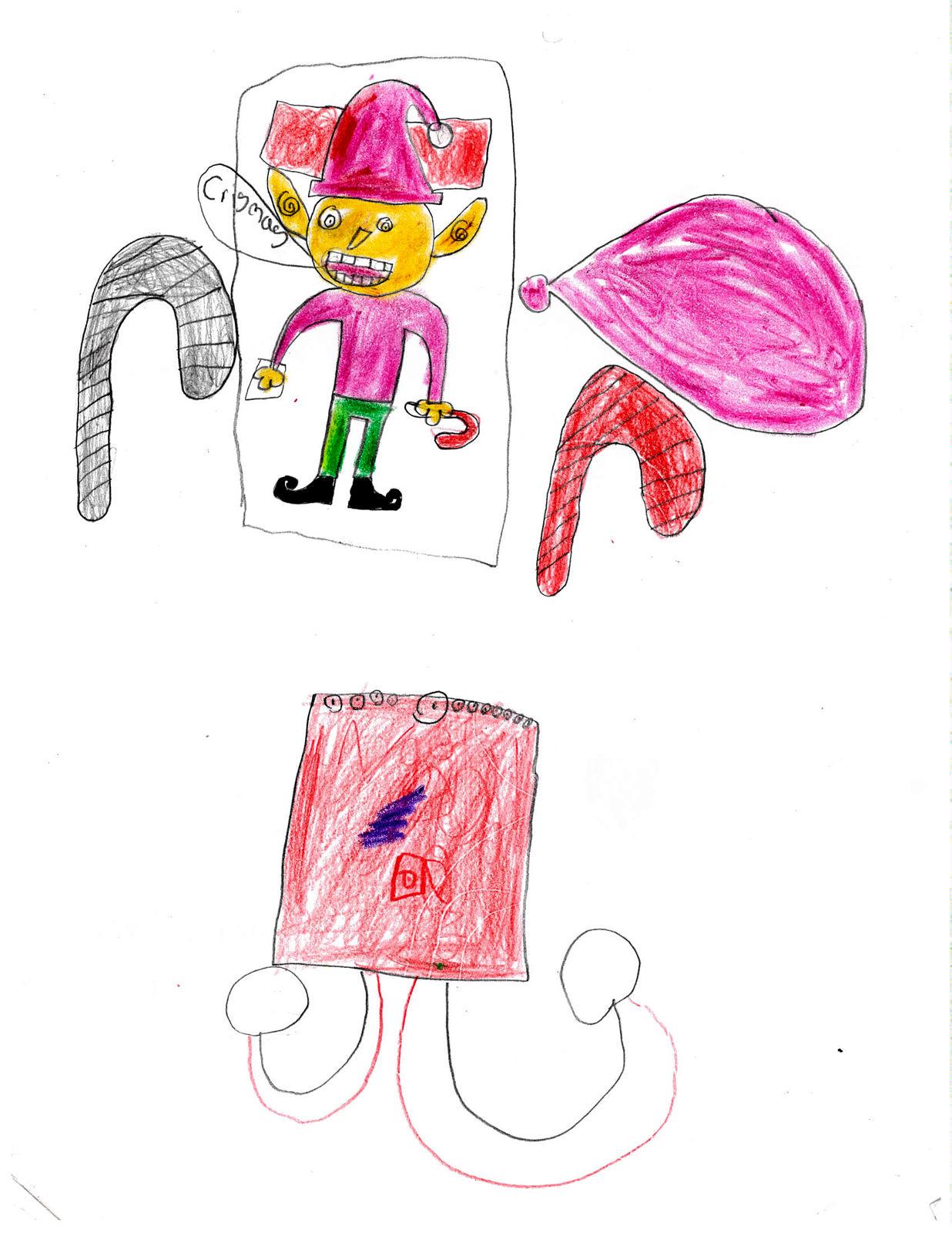