Phoebe staff are setting up appointments for southwest Georgians 65 and over, as well as local first responders to receive the first of two COVID-19 injections.

ALBANY — Not since April has facilities in the Phoebe Putney Health System seen COVID-19 numbers that the hospital is seeing now in the wake of the Thanksgiving/Christmas/New Year’s celebrations.

As of noon Tuesday, Phoebe facilities in Albany and Americus housed 122 COVID patients, 103 in Albany at Phoebe Putney Memorial Hospital and 19 in Americus at Phoebe Sumter Medical Center.

“We have had double digit COVID-19 hospital admissions 10 out of the last 14 days, and our system is now caring for more COVID-19 patients than at any time since April 2,” Phoebe Health System President/CEO Scott Steiner said in a news release. “The troubling difference is that back then, our numbers were declining rapidly. Today, we remain in the middle of a significant surge.

“As we continue to expand our capacity to care for the growing number of COVID-19 patients throughout southwest Georgia, we have re-opened the modular hospital built by the state on our Phoebe North campus last spring. This morning, we were caring for five of our lower acuity COVID-19 patients there, with the ability to expand as needed.”

“Yesterday, we began offering COVID-19 vaccines to southwest Georgians 65 and older,” he said. “The first day of the expansion of Phase 1A was outstanding. To date, we have administered 3,151 vaccines, and we expect that number to increase substantially each day this week. We know we still have a long road ahead of us, but we are confident vaccinations will get us to our ultimate destination, and we encourage those who are eligible to be vaccinated to schedule an appointment.”

The call volume to the Phoebe COVID-19 Vaccine Hotline has been extraordinarily high. Phoebe has devoted significant resources to the vaccination effort and is working to answer every call and return every message. Currently, only health care workers, first responders and those 65 and older are eligible to be vaccinated. Southwest Georgians in those categories can call (229) 312-1919 to request a vaccination appointment at Phoebe hospitals in Albany, Americus and Sylvester.

No walk-ins will be accepted, and those who do not currently qualify to receive the vaccine under Centers for Disease Control and Prevention and Georgia Department of Public Health guidelines should not attempt to schedule appointments at this time.

A recent bell-ringing ceremony marked the 60th anniversary of desegregation at UGA.

UGA alumni bell-ringers gather in front of the Holmes-Hunter Academic Building during a ceremony to mark the 60th anniversary of desegregation at UGA.

ATHENS — In commemoration of the 60th anniversary of the desegregation of the University of Georgia, the Main Library at UGA is hosting an exhibit that chronicles the historic events of 1961, when Hamilton Holmes and Charlayne Hunter (now Hunter-Gault) became the first African-American students admitted to the university.

Honored guests, including the Holmes family and members of the UGA Black Alumni Council, were among the first to tour the exhibit, “Georgia Trailblazers: Honoring the 60th Anniversary of Desegregation at UGA,” on the day it opened, Jan. 9, the 60th anniversary of Holmes’ and Hunter’s enrollment.

The day began with remarks by UGA President Jere W. Morehead and others before a ceremonial ringing of the Chapel Bell by African American UGA alumni from each decade since the university’s desegregation.

“This anniversary gives us an opportunity to reflect on how far we have come as an institution. It also reminds us that our work is not done,” Morehead said. “This progress continues today as students, faculty, staff and alumni work together to build a diverse university community that is welcoming to all.”

After the bell ringing, the group visited the Main Library on UGA’s historic North Campus.

The exhibit includes images, documents and other items from this significant time period. Designed in collaboration with Hunter-Gault and the Holmes family, the exhibit includes items from the Special Collections Libraries as well as items borrowed from the Holmes family, such as the fraternity sweater that Holmes was wearing in photographs taken when he first received notice of his admission to the university.

“The University of Georgia Special Collections Libraries are proud to be the stewards of documents and artifacts from this major milestone in the history of Georgia’s flagship university,” Toby Graham, associate provost and university librarian, said. “We invite our campus community, alumni and people across Georgia to visit our Main Library to learn more about the events of 1961 and those that followed and how Hamilton Holmes, Charlayne Hunter-Gault and other groundbreakers have changed UGA, our state and higher education nationally.”

The installation begins in the Main Library’s lobby with reproduction items and graphic panels that focus on the events of 1961. The exhibit continues into the first-floor main hallway of the building, which welcomes more than 500,000 annual visitors, including students, researchers and members of the community. Original items in the hallway spotlight the career achievements of Holmes and Hunter-Gault after their graduation from UGA in 1963. Fabric panels in the space explore milestones in the six-decade journey toward a more inclusive and diverse campus.

“We certainly feel that the displays that have been established here in the library are important for everyone to see,” Hamilton Holmes Jr., who followed his father in attending UGA, graduating in 1990 with a bachelor’s degree in marketing, said. “It’s very important for the students to be able to learn more about the history of the university. Everyone who is here now as a student may not have a connection or understand what it took for the university to become integrated in 1961, but now they can actually walk through the middle of the library and know more about their campus history.”

In addition to the exhibit at the Main Library, a complementary exhibit, “Making Space: Fighting for Inclusion, Building Community at UGA,” will be on display at the Special Collections Libraries beginning Jan. 15 through July 2, and a virtual version of that exhibit will launch online in March.

Students, researchers, alumni and others are welcome to further explore this history through a collection of oral histories and digitized resources, much of which is available through the Digital Library of Georgia‘s Civil Rights Digital Library. The most recent addition includes a collection of Pandora yearbooks for the period of 1965 to 1974.

In February, the University of Georgia Press, a division of UGA Libraries, will host a campus read of the book “An Education in Georgia: Charlayne Hunter, Hamilton Holmes, and the Integration of the University of Georgia,” journalist Calvin Trillin’s on-the-ground account of the desegregation of UGA published by the UGA Press in 1992. Hunter-Gault will join Trillin in a Feb. 4 virtual conversation as part of the event. The campus read will culminate with a Feb. 25 virtual event featuring a conversation with Mary Frances Early, UGA’s first African American graduate, and Phaidra Buchanan, UGA’s first Black Rhodes Scholar and a student in the College of Education, which was dedicated in Early’s name last year.

“In summer 2020, the university formed a partnership with Fort Valley State University and Savannah State University to ‘stand united’ against racism, and the social and economic injustices that continue to plague our country,” Fedrick said in a news release. “Our institutions have a historic legacy of developing strong leaders who fight at the forefront for equality in education, social justice and who died for civil rights. DISE is ASU’s opportunity to remain at the forefront of these issues and to affect change.”

The tri-part center will educate ASU students and stakeholders about the attributes, behaviors and actions that support people of various races, genders, abilities, ages, sexual orientations, and socio-economic and national backgrounds. In addition, the centers will teach practices that create and maintain equitable support, engagement and treatment, and full participation for all.

“The aim of the centers is twofold: to teach the necessary actions that lead to the normalizing of diversity and inclusion, and to outline the behaviors, constructs and systems that guide and influence equity throughout local and global communities,” Vice President for University Relations Wendy Wilson, who is leading the initiative, said.

Each of the three centers will have a unique function:

♦ The Center of Diversity will focus on the attributes that make people unique, including but not limited to race, ethnicity, gender, age, socio-economic class, abilities, educational background, religion, national origin and political beliefs.

♦ The Center of Inclusion will support all groups of people within a society, recognizing their value and

ALBANY — A federal grant will help expand a program aimed at reducing the number of repeat offenders appearing in Albany Municipal Court.

The court’s program began as a pilot in March 2018 that was designed to explore alternative-sentencing options by identifying causes of recidivism and offering social-service and educational interventions when appropriate.

The goal was to establish a “pathway to self-sufficiency” instead of the stigma a criminal record brings.

“I’m excited,” Albany City Commissioner Chad Warbington said of the grant. “I think it’s really going to help out. I think in general we’ve got a big problem with recidivism.”

The City Commission agreed in December to accept the $400,000 grant from U.S. Department of Justice through its National Community Courts Site-based and Training Technical Assistance Initiative. The award to the Albany Works! Community Court was one of eight made in the country through the grant program in 2020.

There is no requirement for local matching funds for the grant.

Community courts are meant to address underlying issues that bring individuals into the court system, including substance abuse and behavioral health issues, and to reduce unnecessary incarceration. Some people find themselves in a cycle of not being able to pay fines on time or having other difficulties in dealing with the court system, Warbington said. A court date can mean missing work and lead to further financial issues, or the choice between going to work to support a family and skipping a court date.

“Sometimes it’s hard to get out of the hole,” he said. “It’s like a snowball effect for some people.”

Community courts also engage the assistance of members of the community in planning and operational procedures. One component of Albany’s plan could include “coaches” who can assist those sentenced to special conditions such as enrolling in a GED class. The coaches could help individuals find the right location on the Albany Technical College campus at the appointed time, for example.

“What has to happen, the community has to embrace this program along with the city,” City Commissioner Demetrius Young said. “You basically have to have some life coaches that come into the program and help (participants) get where they need to go. Just trying to get people through these programs is an extensive thing.

“I think this will help, especially with the impoverished communities we have. A lot of issues get compounded when you add poverty into the mix.” 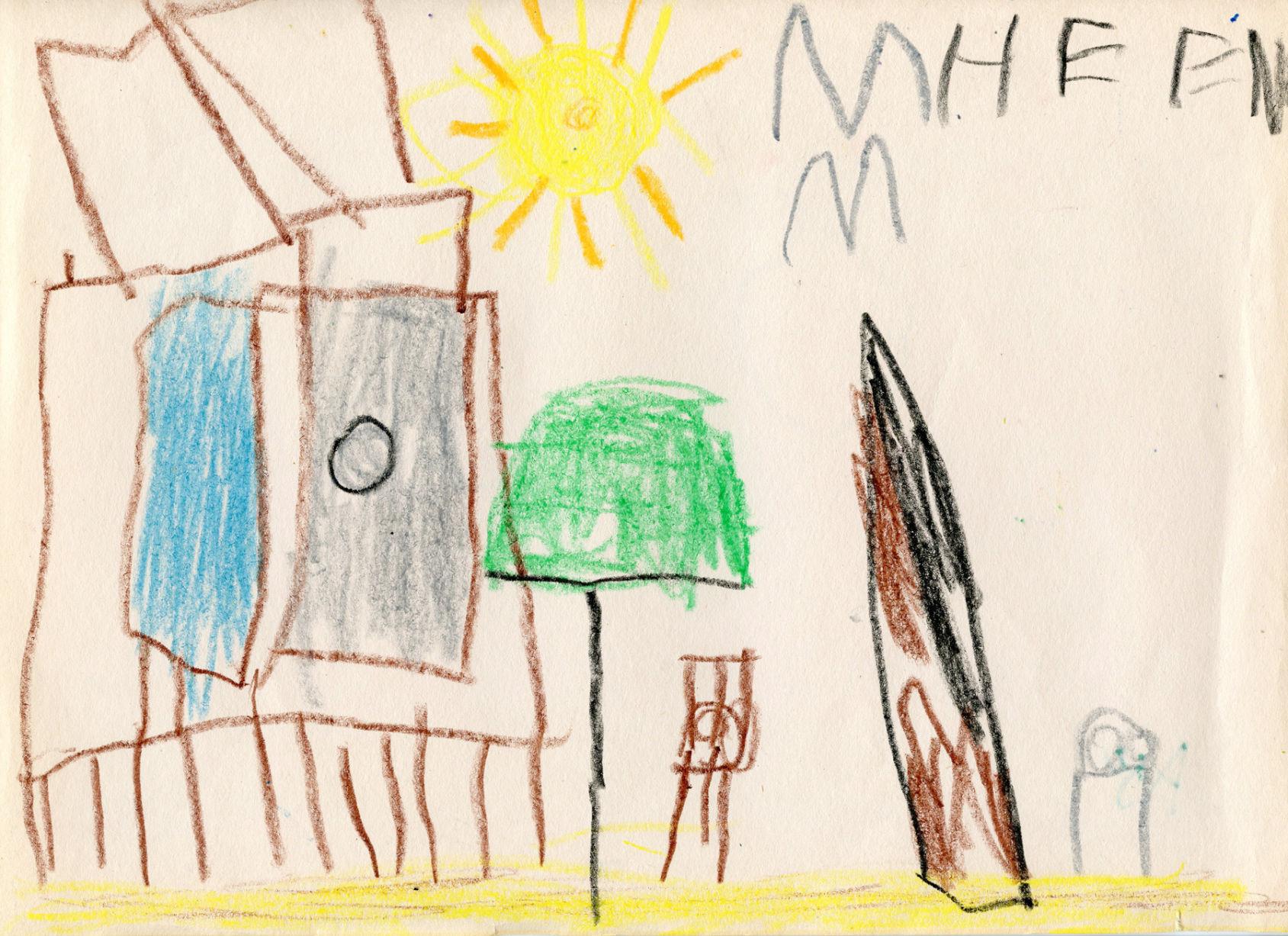