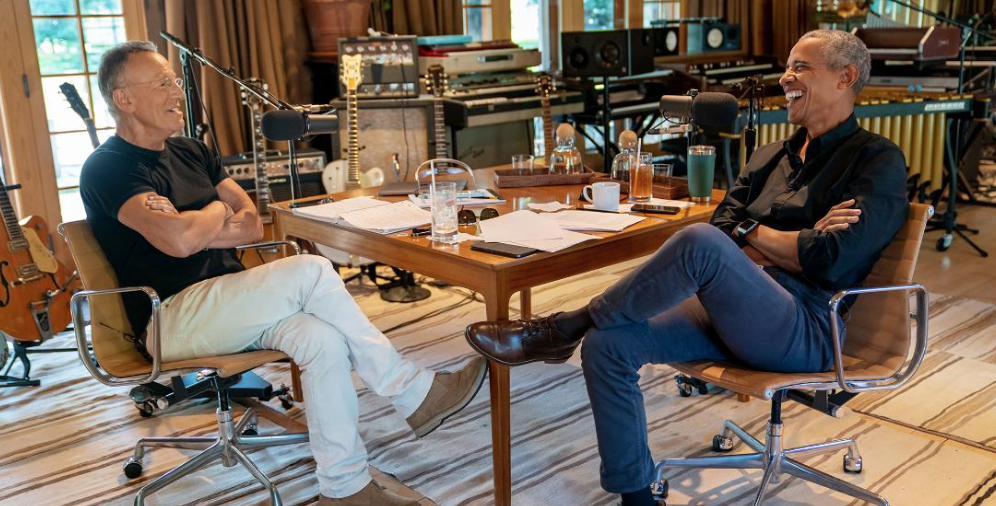 Former President Barack Obama and Bruce Springsteen have teamed up to host a new podcast on Spotify. 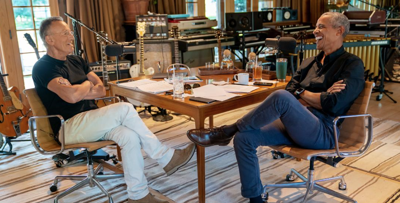 Former President Barack Obama and Bruce Springsteen have teamed up to host a new podcast on Spotify.

Barack Obama and Bruce Springsteen have teamed up to host a new podcast about masculinity, race, fatherhood and their professional and personal journeys. The podcast, called “Renegades: Born in the USA,” is part of the multi-year partnership between Spotify and Barack and Michelle Obama’s production company, Higher Ground.

Spotify revealed the new show on Monday, along with dozens of other announcements as part of its virtual event, Stream On. The streaming platform that was once just home to popular music is continuing its expansion into podcasts and will soon include more exclusive shows on race, religion, politics and superheroes.

Higher Ground and Spotify previously produced “The Michelle Obama Podcast.” It launched in July and was Spotify’s top show globally in July and August, Spotify reported in its third quarter of 2020 earnings.

Also in partnership with Higher Ground, Spotify is releasing a new season of the podcast “Tell Them, I Am.” The series is hosted by Misha Euceph, a first-generation Pakistani-American who was an executive producer of Michelle Obama’s podcast. Spotify said it will feature stories from Muslim voices, including activists, artists, actors, performers and athletes.

Spotify also announced on Monday a new podcast from its partnership with filmmaker Ava DuVernay‘s arts and social impact collective ARRAY. The podcast is based on ARRAY’S Law Enforcement Accountability Project, launched after the murder of George Floyd, and will investigate officers who committed murder.

In addition to its unscripted, nonfiction programming, Spotify has partnered Warner Bros. and DC Comics on narrative podcasts about superheroes and villians. The first project, “Batman Unburied,” will be released later this year. (Warner Bros. and CNN shared a parent company, WarnerMedia).

Spotify reported in its fourth quarter earnings that it had 2.2 million podcasts, up from 1.9 million the prior quarter, and said that 25% of its monthly active users have listened to podcasts, up from 23% the prior quarter. Spotify also reported that the total consumption hours of podcasts have nearly doubled from the fourth quarter of 2019 to 2020.

“It’s no coincidence that the world’s best creators are embracing Spotify as a key platform for their podcasts — we have the reach, infrastructure and dedicated teams to take their stories to the world and we’re committed to growing their audience on Spotify,” Courtney Holt, Spotify’s head of studios and video, said in a statement.

Spotify is expanding into new markets, which could grow its reach to more than one billion people. The platform is available in 93 markets but plans to grow to 178, including Bangladesh, Pakistan and Nigeria.

'Frasier' is being rebooted, with Kelsey Grammer reprising the role 17 years after show ended

The third 'Spider-Man' film finally has a title

Paramount+: Here's everything you need to know about ViacomCBS' new streaming service

Virginia Howard Davis-Beck, 72, of Athens died after nearly a …

A third vaccine for the US may be just days away