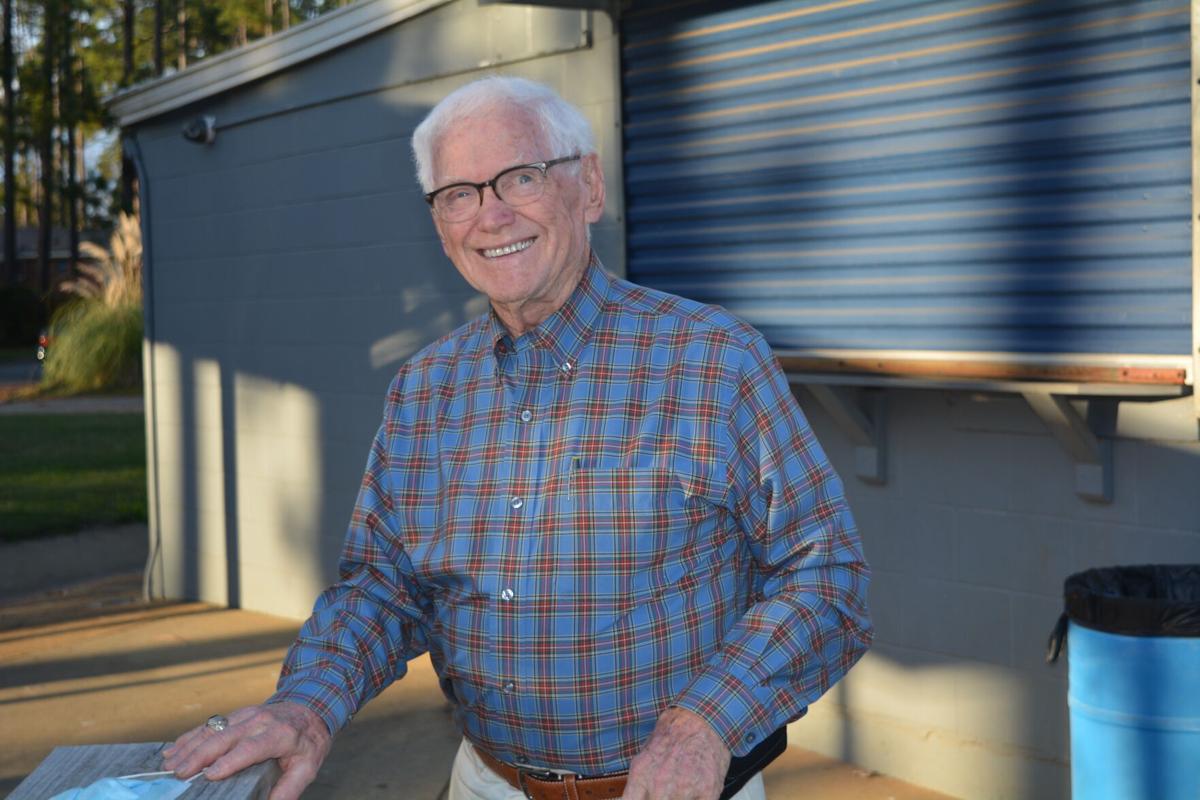 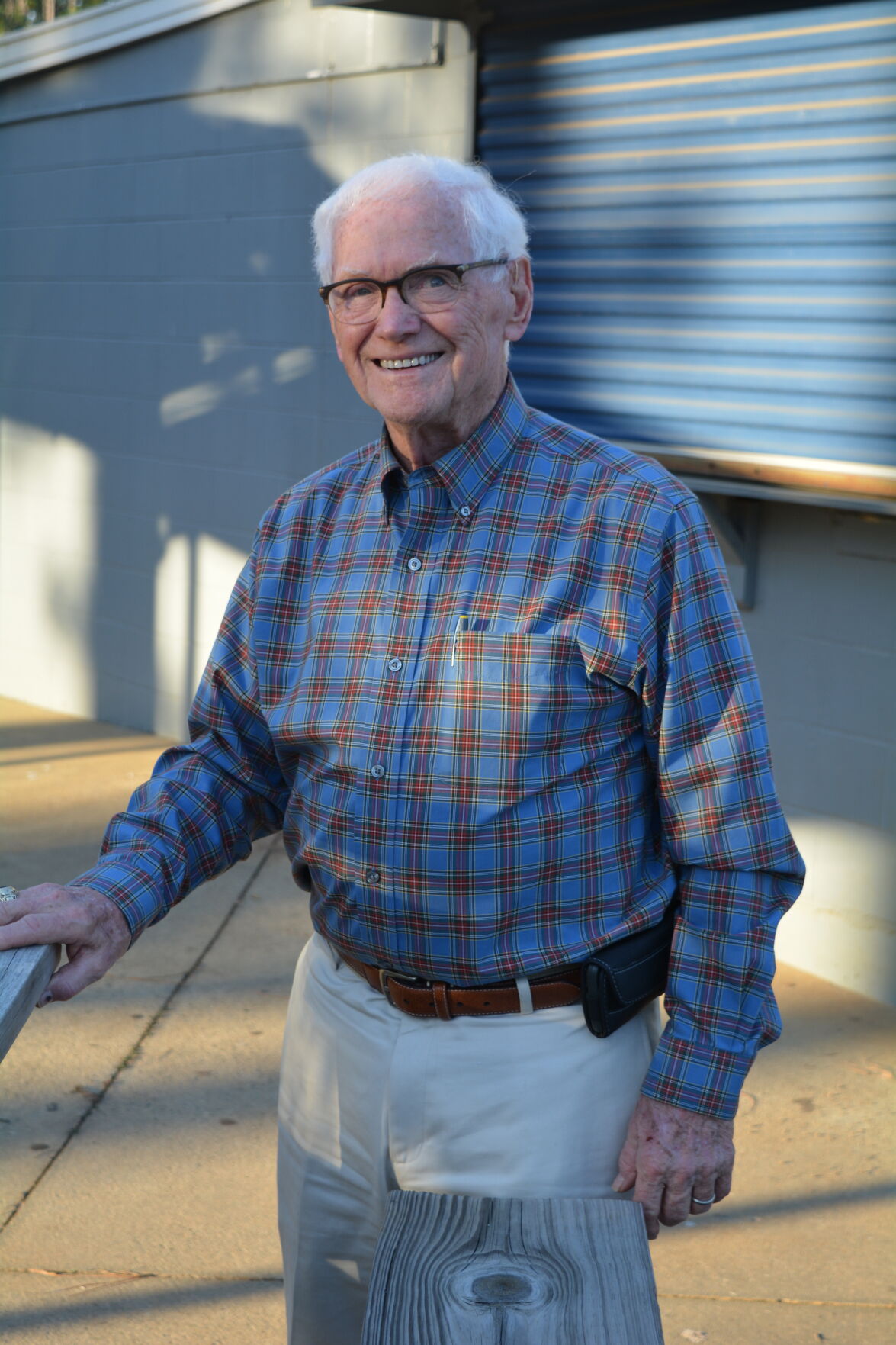 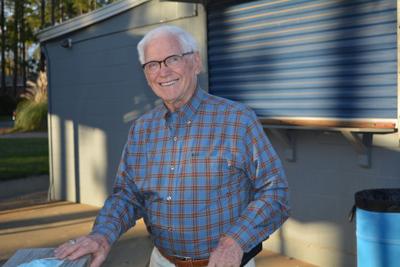 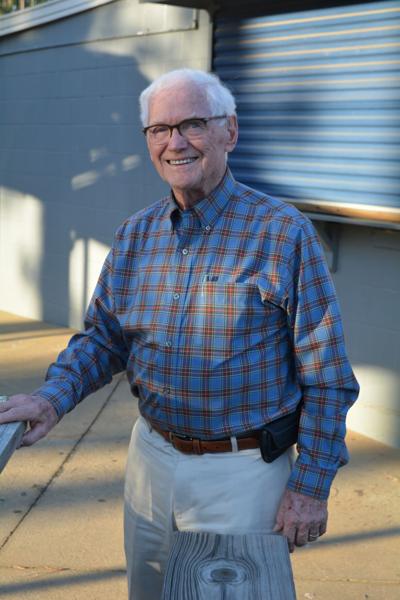 ALBANY — When most in Albany who are familiar with the name J.M. Yielding learn that the renowned architect has written a book, their eyebrows might arch a bit in surprise.

When they learn the name of said book is “Architecture in Black and White,” that look of surprise might become one of assumed understanding; of course, J.M. Yielding would write a book about architecture, maybe a career retrospective.

But when they open the book and start reading, that look of surprise returns, only much more deeply.

Stacker explores 15 ways doctors are now treating COVID-19, including drugs, equipment, and prevention, along with support for new research and doctors’ brainstorming groups. Click for more.

See, the 82-year-old Yielding has thrown another curve at those who know the man by his profession and his reputation. “Architecture in Black and White” is not a remembrance of some of the better-known buildings and projects Yielding helped design. Instead, it’s a work of fiction about two young architects — one black, one white — and the path they take to their profession.

Once individuals get over the shock of his genre of choice and settle into the story Yielding has crafted, they realize something else: This guy knows how to tell a story.

Published by iUniverse, Yielding’s first novel is the tale of two young men from worlds about as far apart as worlds can get. Calvin Weems Johnson is an African American, the son of a coal miner, and Aaron Goldsmith is white and privileged, the son of medical doctors. But they share similar heartbreaks and life experiences that lead them, in a roundabout way, to the same place in their lives.

That Yielding, who worked in architecture for more than 40 years before “retiring” in 2005 — only to be enticed to serve as a member of an architectural review committee for an area planned community development group — would come to a second career as a writer is something of a fascinating tale in its own right.

“I used to write these stories that were taken from my life growing up, and one day my daughter said I should take these stories and turn them into a book,” Yielding said. “Well, anyone who knew me would know that the stories are about me, so I started thinking about how I might change that. What I did was turn the young me into a young black guy.

“At first, the story was about young Calvin’s quest, but I wanted a way to contrast that story with someone not like him at all. I came up with Aaron, a white guy whose background was quite different, and that set up a contrast that advanced the story.”

Yielding did not discover a penchant or a passion for writing until he was in college at Georgia Southwestern in Americus.

“I had an English teacher, Mr. Byrd, who encouraged me to write,” Yielding said. “That was around 1959-60. I wrote several short stories here and there, and the more I wrote, the more fun it became. But I put that away while I went out to make a living.”

Yielding, who’d grown up in West Virginia — and whose father was a coal miner — won an architecture merit badge for his work on an Eagle Scout project. That, he said, is what started him thinking about a career in the field.

He attended Auburn University — where he met his wife, Wylene, now a retired nurse — and after two years in the Army Corps of Engineers, joined a guy named Mac Wakeford as new hires for Albany architect Hugh Gaston’s architectural firm. After four years of apprenticeship, Yielding and Wakeford set out on their own, starting their own firm and becoming well-known for their work — and work ethic — throughout southwest Georgia.

“We did a lot of school work, designed churches,” Yielding said of projects with his long-time partner.

The pair came up with the designs that transformed the former Gordon Hotel into offices for the city of Albany’s Water, Gas & Light Commission, for the current Albany Museum of Art, the Chehaw Park Event Center, the Veterans Park amphitheater, the Jimmy Carter Welcome Center in Plains, and worked with fellow Albany architect David Maschke on the Albany/Dougherty County Governmental Center.

“When I retired — because of my hearing — I thought I’d take it easy,” Yielding said. “But Bruce Melton asked me to be part of an Architectural Review Committee at Oakland Plantation (in Lee County), and then Bruce, Barry Carr and those other guys bought the Groves and Hill Ridge, and now I’m busier than ever. I plan to tell them that I’ve got to slow down, though, at the end of this year. I’m 82; I have to slow down.”

Surely part of Yielding’s desire to lessen his workload has something to do with the fact several people who have read “Architecture in Black and White” are clamoring for a sequel.

“Several people told me they want to know what happens next,” he said. “I don’t know if that’s something I’m ready to do ... but I have started to jot down some notes for things that would need to be in a follow-up story.”

Yielding admits that the pleasure — the “blessing” — he felt when he finally finished reading the last revision of his novel comes close to matching the satisfaction he got from his architectural designs.

“I enjoyed this process of putting the book together, but don’t get me wrong, it’s work,” the first-time author said. “But, yes, I’ve started playing around with some ideas. I’ll lay in bed at night sometimes thinking about these characters, and I’ll get in my head ‘What if he did this? Or this?”

Even if he doesn’t go to work on the sequel, Yielding has placed a huge check mark on his bucket list. And the product will always be there for him and others to read ... in black and white.

(Yielding’s “Architecture in Black and White” is available at Amazon under the book’s title or the author’s name.)

Steve Martin has 'Good news/Bad news' about getting vaccinated

Della Carter Love, 93, of Albany, GA passed away peacefully on…

Mrs. Agnes Sanderson Barfield, 92, of Tifton and formerly of A…