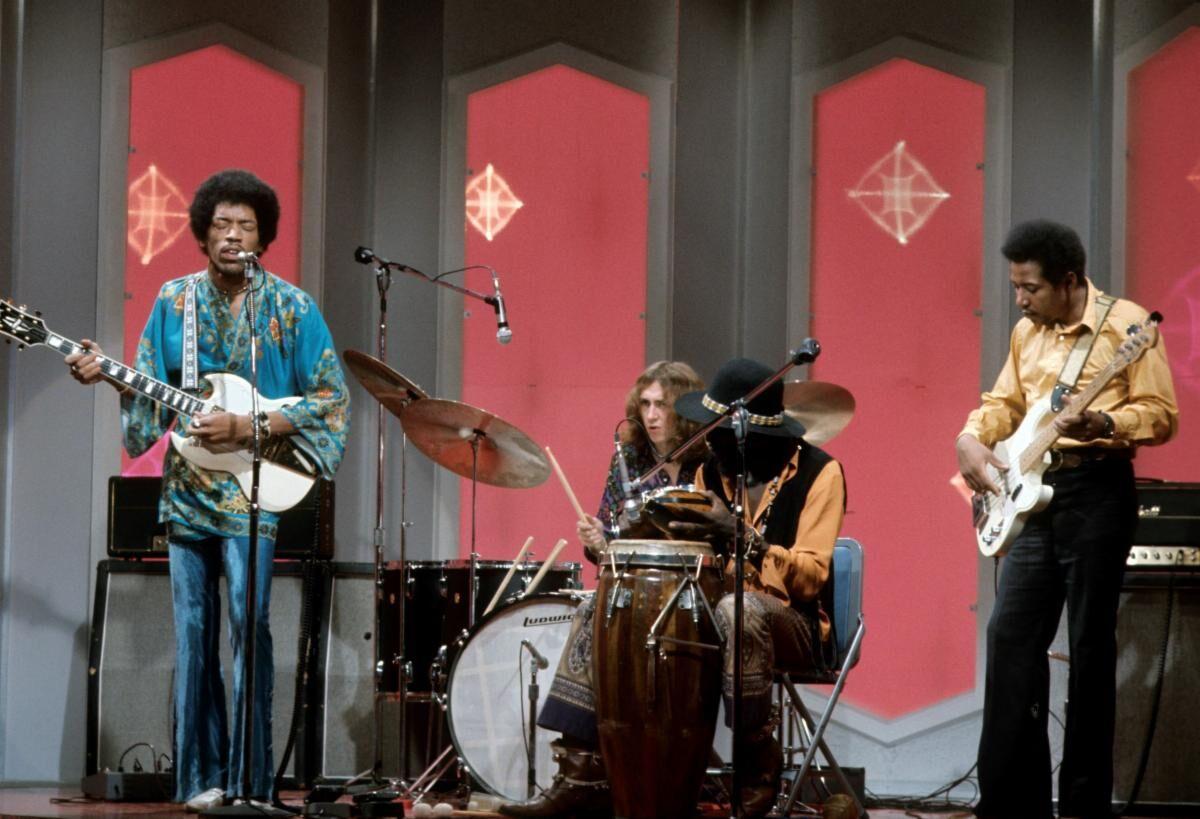 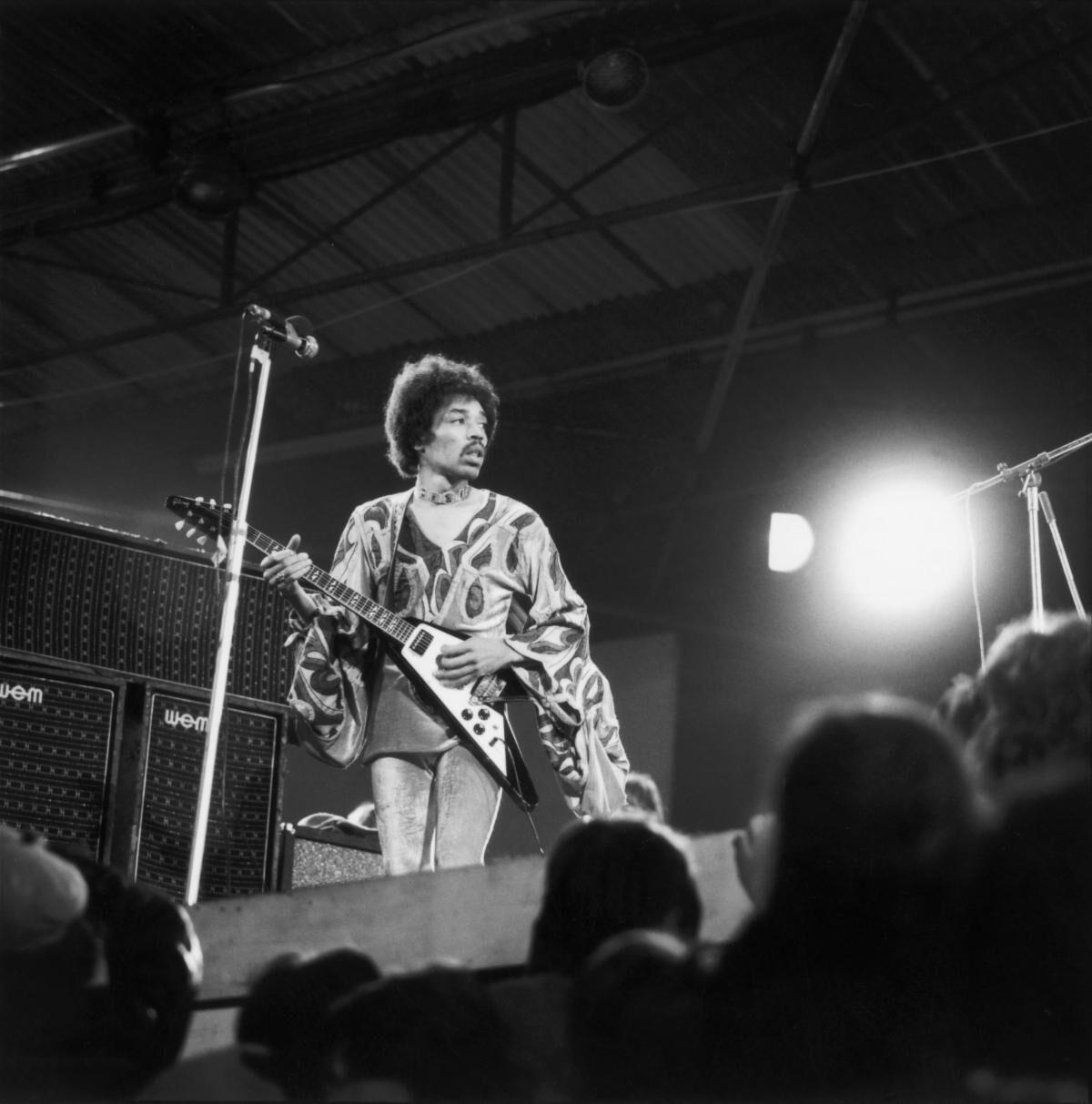 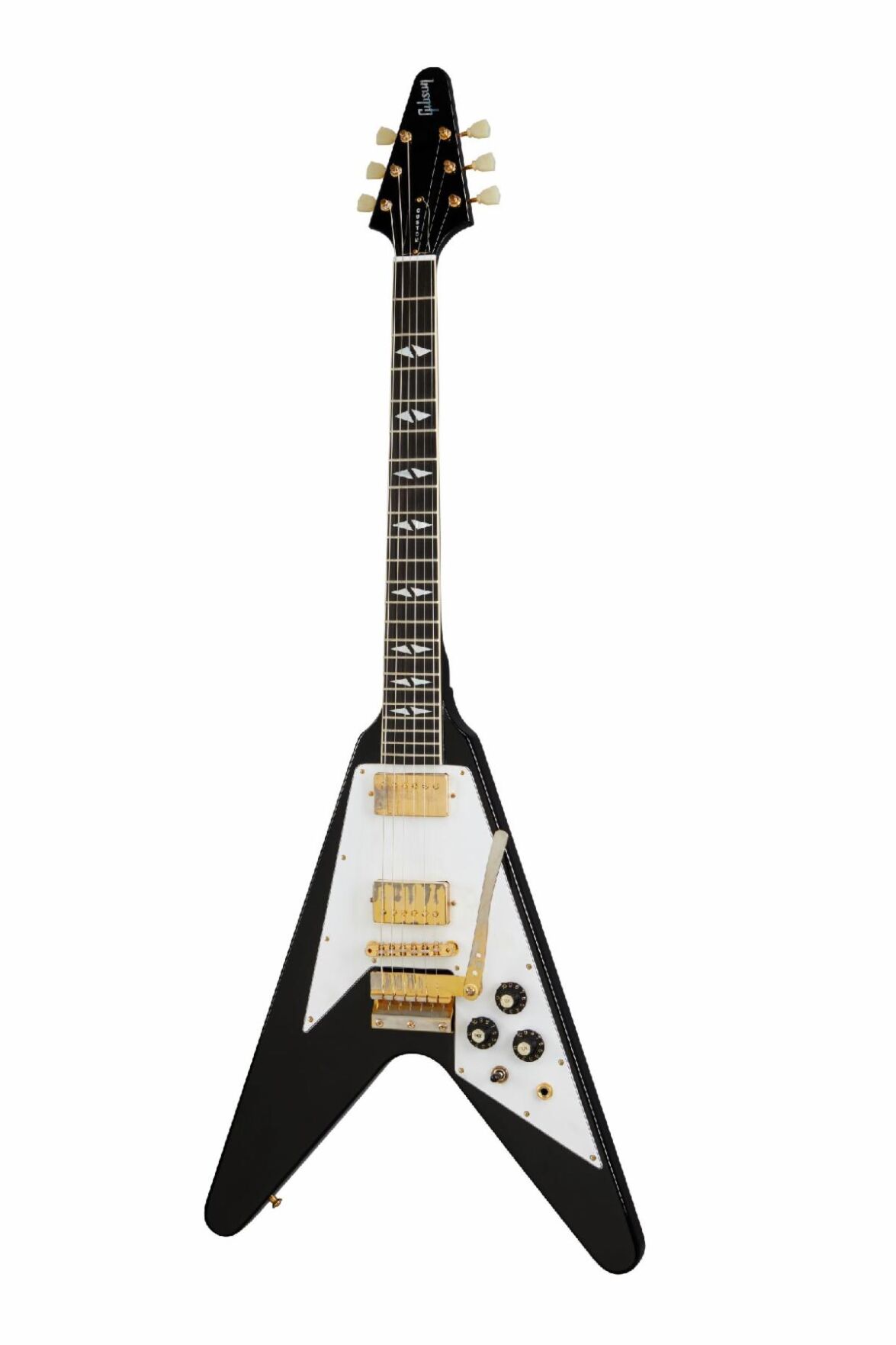 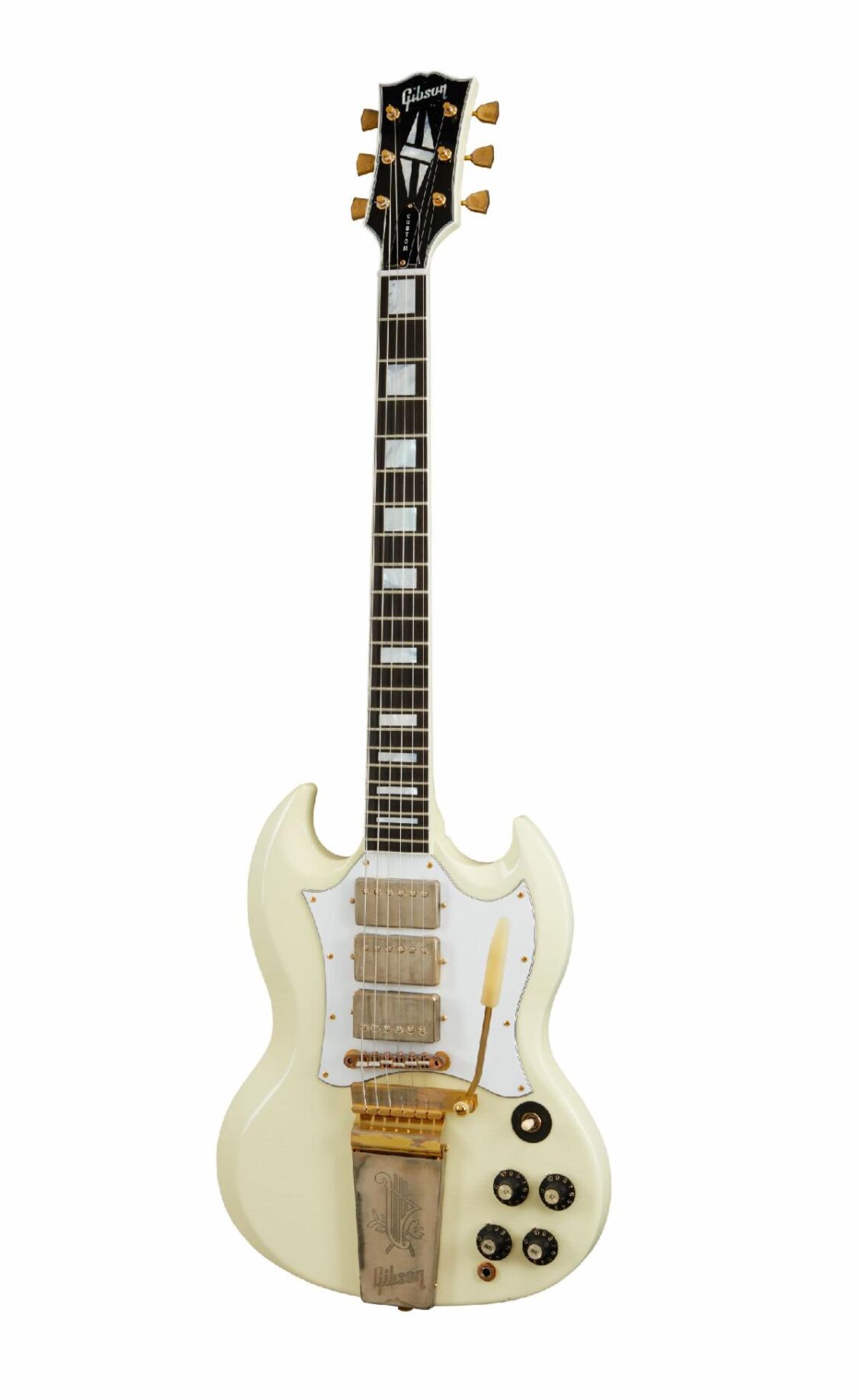 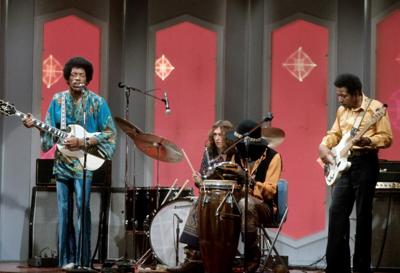 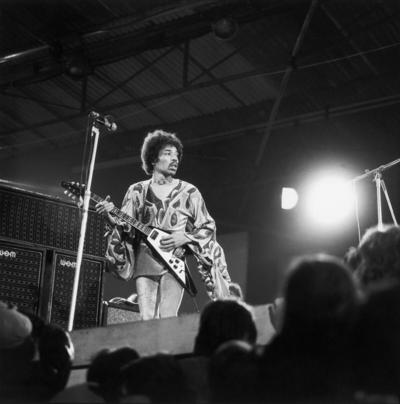 On July 7, 1969 — a few weeks prior to his legendary Woodstock performance on Aug. 18, 1969 — Jimi Hendrix appeared for his national TV debut on “The Dick Cavett Show” with a performance and interview.

In his interview with Cavett, Hendrix delighted the in-studio audience and those watching at home as he discussed the idea of creating an electric church sayng, “It’s just a belief that I have, we do these electric guitars, everything is electrified nowadays, so therefore the belief comes through in the electricity to the people, that’s why we play so loud, because it doesn’t actually hit through the ear drums. Most groups say, ‘We’re going to play loud because they’re playing loud,’ and they’ve got this real shrill sound that’s hard. We are playing for our sound to go inside the soul of the person and see if it can awaken some kind of thing in their minds, since there are so many sleeping people.”

On Sept. 9, 1969, for his second appearance on “The Dick Cavett Show,” Hendrix played a right-handed 1967 Gibson SG (strung lefty) for a medley of “Izabella” and “Machine Gun.” The new limited edition Jimi Hendrix 1967 SG Custom in Aged Polaris White accurately replicates the exact guitar Hendrix performs on the show. The SG Custom features a Murphy Lab Aged Polaris White finish and is one of only 150 models created as part of this run, hand-made by the expert luthiers and craftspeople of the Gibson Custom Shop. The Certificate of Authenticity for the Jimi Hendrix 1967 SG Custom in Aged Polaris White features an image of Jimi performing on “The Dick Cavett Show” with the SG guitar.

The full packages for the new Jimi Hendrix 1967 SG Custom and the 1969 Flying V feature personal touches including official photos of Jimi with the guitars, as well as a collection of anecdotes and personal photographs of Jimi from his collaborator the renowned engineer and producer Eddie Kramer (Jimi Hendrix, the Beatles, Rolling Stones, David Bowie). Additionally, special guitar cases have been designed that feature interior linings that are inspired by the clothes Hendrix wore at Isle of Wight (Flying V) and on “The Dick Cavett Show” (Gibson SG).

“I don’t know of a more perfect time than the present for the world to be inspired and electrified by the spirit of Jimi, embodied in these guitars,” said Janie Hendrix, Jimi’s sister and president/CEO of Experience Hendrix LLC & Authentic Hendrix LLC. “Jimi didn’t play with just his hands, he played his heart and really his soul, using his guitar to create positive energy. He wanted to awaken the world with it. Gibson has harnessed some of that energy, and beautifully. It’s amazing to know that fans and those who love Jimi and his music will be able to plug into that power and keep his legacy alive. With Gibson, we’ve selected two of his most impressive guitars to recreate. It’s quite an homage to Jimi, and we couldn’t be more excited about what this means historically.”

“Millions of people around the world of all ages have heard Jimi’s music for the first time and felt that their path was changed forever,” engineer and producer Eddie Kramer said. “I felt that too after hearing him playing through his amp at Olympic Studios in January 1967. I was never the same after ‘experiencing that wall of sound, and I dedicated myself to capturing that sound, which became my obsession. Jimi had a special magic that came from his brain directly to his heart and then to his fingers, exploding onto the neck of the guitar. He was the greatest guitar player the world has ever known and left a legacy of guitar magic that no one since has come close to.

“I am honored and privileged to have been involved with this project as Gibson has done an incredible job of recreating these guitars. I can imagine the expression on the fans’ faces when they open up the guitar case and wrap their hands around the neck of one of these beauties, plug in and maybe change the world.”

“Having the opportunity to release Jimi’s 1969 Gibson Flying V and 1967 Gibson SG Custom is a dream come true, an amazing opportunity that comes with an obligation for all of us at Gibson to pay tribute to Jimi,” Cesar Gueikian of Gibson said. “He left this world way too early, but the legacy and influence he left behind is unparalleled. I am grateful for Jimi’s sister Janie Hendrix’s partnership and friendship, and that she has trusted our team to pay tribute to Jimi. This is just the beginning; we are looking forward to all that the Gibson and Authentic Hendrix partnership will bring to fans in the coming years. Additionally, working alongside Eddie Kramer, a music pioneer on so many levels, is just incredible. Eddie captured that epic sound, engineering, producing, and bringing to life that magical and game-changing Hendrix guitar style. We are honored to share Eddie’s personal photographs and the memories he experienced.”