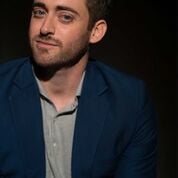 Allen Chaney of Thomasville is featured in the new book "#WeAreGaFilm." 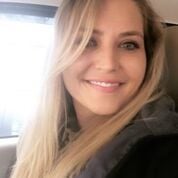 Tina Sauls of Valdosta is featured in the new book "#WeAreGaFilm."

Allen Chaney of Thomasville is featured in the new book "#WeAreGaFilm."

Tina Sauls of Valdosta is featured in the new book "#WeAreGaFilm."

ATLANTA — The Georgia General Assembly issued resolutions praising Georgians working in the state’s film and television industry, an honor that marks the release of a new book, “#WeAreGaFilm.”

Produced by The Georgia Studio & Infrastructure Alliance (GSIA), which represents local investment in Georgia’s film and television production industry, the book “#WeAreGaFilm” includes dozens of stories about Georgians across the state who support the industry through jobs ranging from catering and transportation to location management and special effects.

Senate Resolution 755 and House Resolution 1193 recognize “the tens of thousands of hard-working citizens in the state of Georgia’s film and television industry” and the leadership role of GSIA in supporting Georgians who work in the industry.

“#WeAreGaFilm” includes 60 stories, with regional spotlights on Barnesville, Covington, Metro Atlanta, Rome and Savannah. Georgians from towns like Sharpsburg, Thomasville and Lawrenceville are featured in the book, which emphasizes the real-person impact the industry has on the state.

“We live here, we work here, our families are growing up here,” says Beth Talbert, head of the GSIA and vice president of studio operations at Eagle Rock Studios in Atlanta. “The Alliance has made it a priority to tell the stories of Georgians working in the film and television industry, and building lives and families around these careers. We’re proud to share a collection of these stories in our book, ‘#WeAreGaFilm.’”

Members of GSIA serve the film and television industry in a variety of ways, including providing studio space, camera equipment, visual effects and post-production services, HVAC, power equipment, truck and car rentals and building materials — and all have invested in the long-term success of the state’s growing production business.

The movie that won best foreign-language film could have been made in English. Here's why that didn't happen

The funeral services for the late Mr. Victor Evans of Poulan, …

Clara Faye was born in Greenwood, South Carolina on October 14…

The movie that won best foreign-language film could have been made in English. Here's why that didn't happen