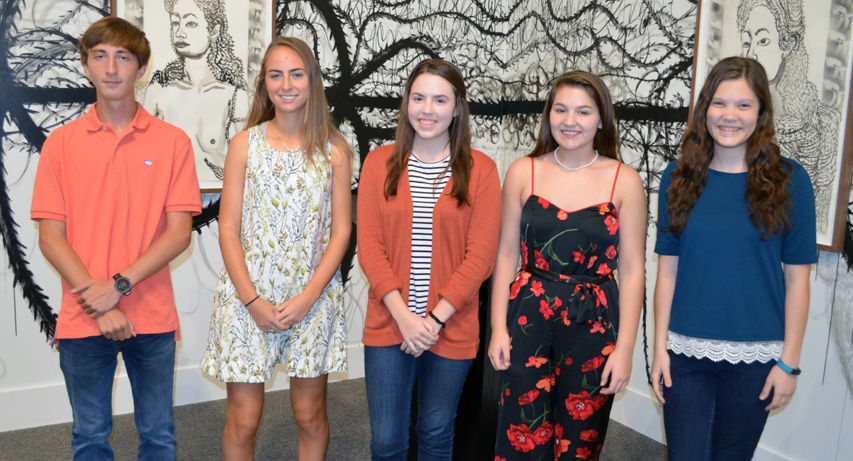 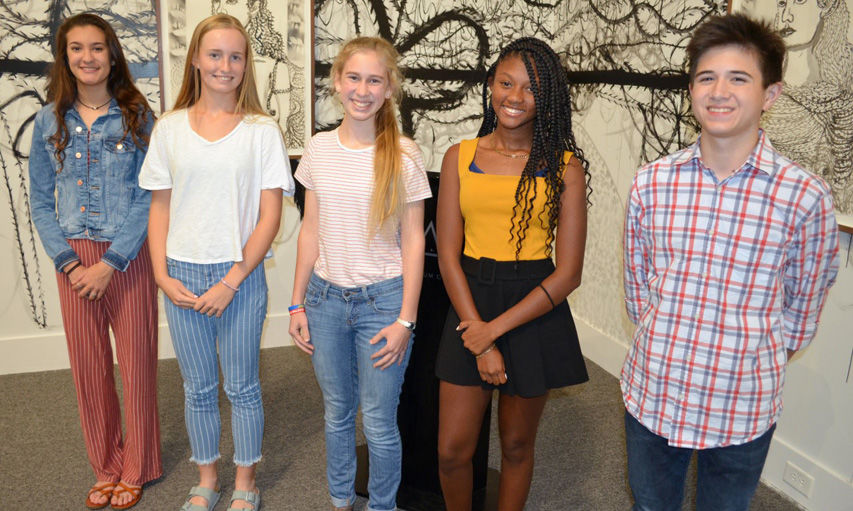 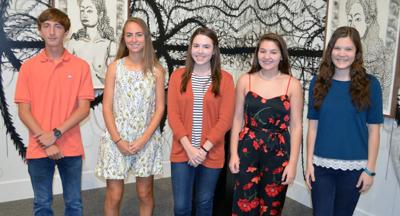 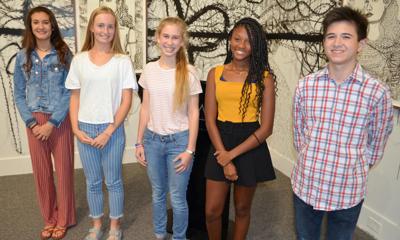 ALBANY — Two Albany sisters who dominated the top spots of the high school division for the past two years in the Albany Museum of Art’s annual “A Picture Is Worth a Thousand Words” essay competition are carrying that success over to the college division this year.

Winners in the fifth annual contest were announced recently at the AMA. Alana Dapper, an Albany State University student, captured first place in the college division. She won the $250 top prize for her essay “Looking Within.”

This year’s high school winner is Marci Scardino, a Sherwood Christian Academy student, who was awarded $250 for her essay “Penniless and Priceless.”

“We were impressed by both the quality and the number of essays we received,” Annie Vanoteghem, director of education and public programming for the AMA, said. “We had 80 submissions, with about two-thirds of those in the high school division. We have some really talented, creative writers in our schools and colleges.”

“I am thoroughly impressed by all 80 writers who took on this creative challenge, and we are heartened by these young members of our community who found inspiration in our galleries,” AMA Executive Director Andrew Wulf said. “After all, this museum is for them and everyone who has a passion for art.”

To compete in the contest, a high school or college student was required to visit the Albany Museum of Art and choose one of six designated objects in the current exhibitions. The student was then asked to write an essay of up to 1,000 words inspired by the selected artwork. The essay could be in any style or voice the student preferred, including poetry. Dually enrolled students were placed in the college division.

The objects that students were allowed to select from this year included:

♦ “Equestrian Me” by Charles Wells of Georgia Southwestern State University, “Educators as Artists;”

♦ “There Will Be Roses in Winter” by William Downs, “Figure Forward;”

♦ “Ontbijties Side A” by Michael Oliveri, “Fragments of a Violent World” exhibition.

In 2017, Alana Dapper won first place in the high school division. She followed that with second place last year, when she was edged out by her sister, Ashlynn Dapper. Ashlynn, a student dually enrolled at Sherwood Christian Academy and Truett McConnell University, won third place and a $75 award in the college division this year with her essay “That’s My Emma.”

“We actually thought my sister and I weren’t going to be competing against each other this year,” Alana said after the ceremony Tuesday evening, “but because she (Ashlynn) is in a dual enrollment class, she got bumped up (to college division). We thought that was really funny. We just enjoy writing.”

Chloe Butts, a student at Georgia Southwestern State University, claimed second place and a $175 award with her poem “Vulnerability.” Honorable mentions in the college division went to Colleen Colman, dually enrolled at GSW and Lee County High School, for her essay “Flying Marshmallows,” and to Will Tomlinson, also a GSW student, for his essay “Ontbijtjes Side A.”

Deerfield-Windsor School student Christianna Ford won second place and $175 for “A Lovers Quarrel,” and third place with its $75 award went to Sherwood Christian student Ethen Kelley for “The Friend.”

High school honorable mentions went to Joy Kendrick, Sherwood Christian, for “Compassion,” and to Sophie Singleton, Deerfield-Windsor, for “Learning to Love Herself.”

At the awards ceremony in the AMA’s Haley Gallery, college winners Alana Dapper, Chloe Butts and Ashlynn Dapper read their essays to the group of 50 students and parents who attended the event.

“All three of the essays were very much enjoyed by the audience, and the students displayed wonderful public speaking skills,” Vanoteghem said.

The winning essays will be published on the AMA website, albanymuseum.com.

The essay submission period opened Aug. 24 and ended Sept. 21. Each category was judged by three individuals. All identifying information was scrubbed from the submissions before they were given to judges, who saw only a unique number for each essay. Judges selected first-, second- and third-place winners, as well as two honorable mentions. A numeric value was given to each essay, depending on where the judge ranked it, with the highest value for first place and lowest for honorable mention. Scores were then tallied, with essays placing according to the total points they earned from judges’ combined scores.

If you have not experienced the artwork that inspired the students’ essays, you still have time. All three exhibitions will be open through the end of the day Saturday. Admission to the AMA is free.

After struggling through first half of season, Hawks aim for 'consistency' in second half