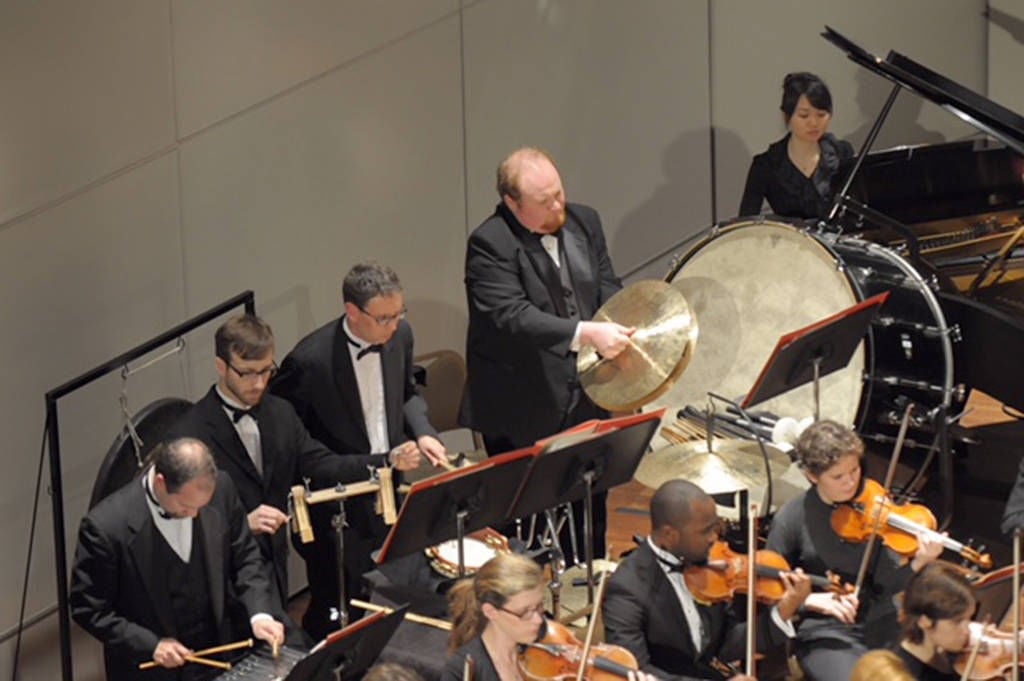 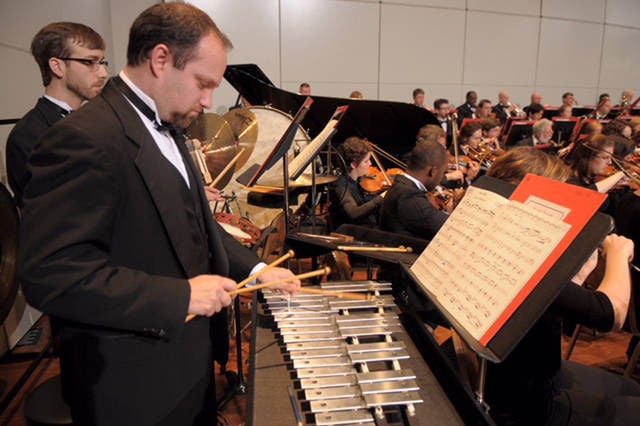 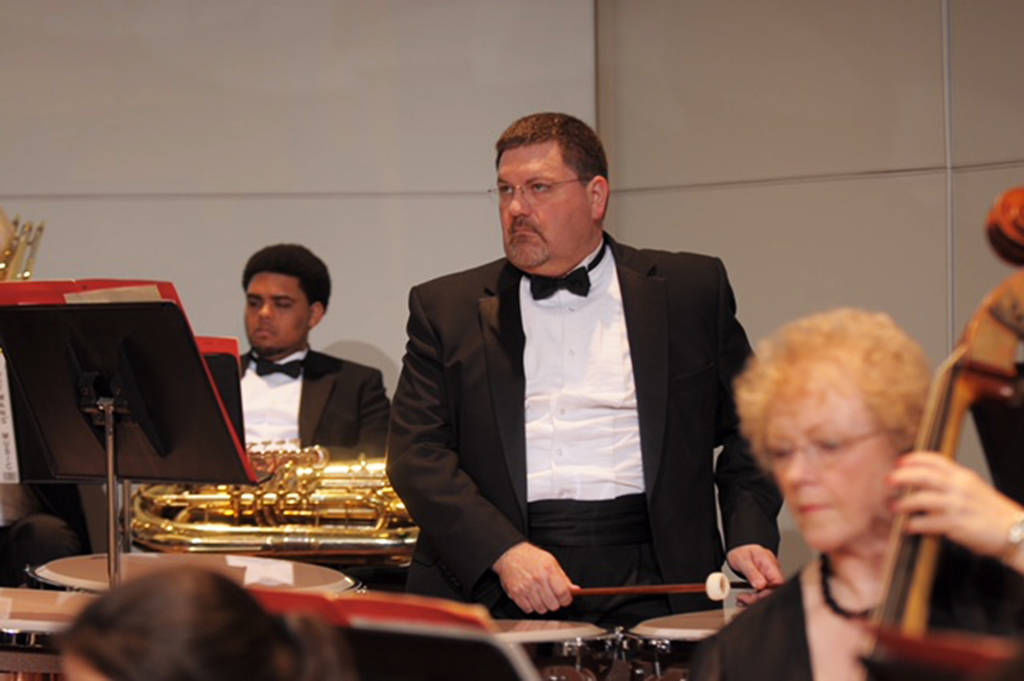 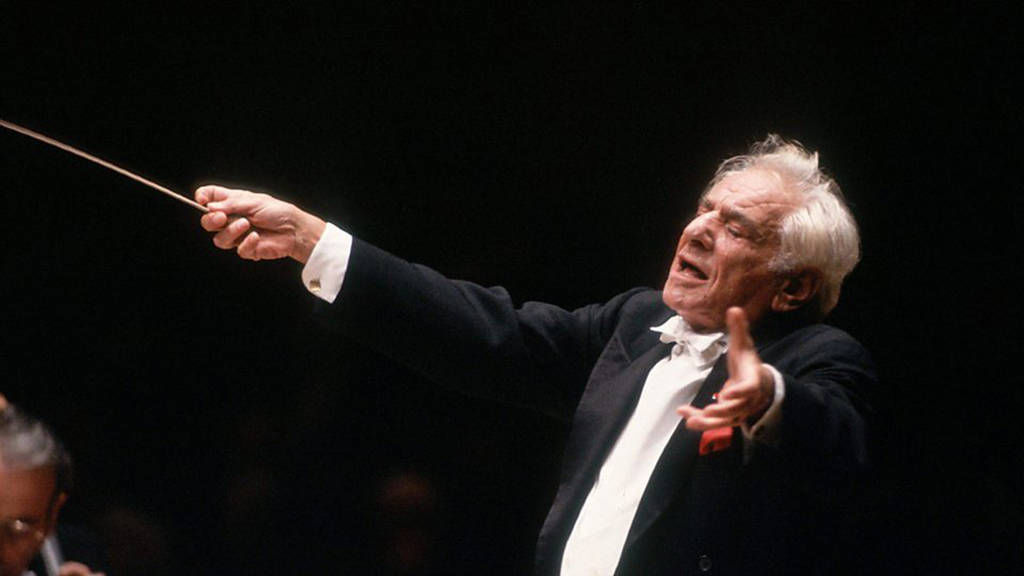 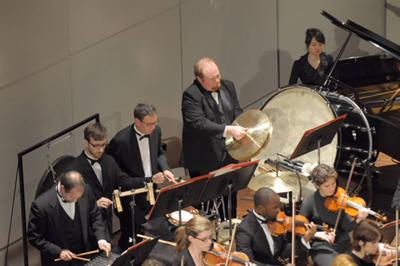 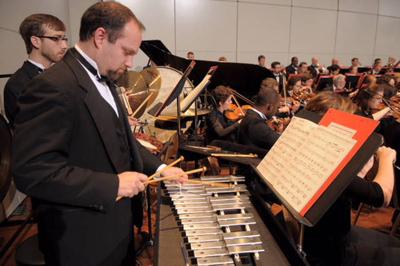 ALBANY — The Albany Symphony Orchestra plans to “spice things up” with its 2017-18 season-opening concert Saturday, one that will include a great deal of Latin and Spanish flavor.

The symphony will open its 54th season with music from “Carmen” and “West Side Story,” selections that Claire Fox Hillard, music director and conductor of ASO, said he hopes will attract wider interest.

“I think it’ll appeal to people of all musical tastes,” Hillard said, quipping, “you don’t have to have a Ph.D. to enjoy this concert.”

The concert, the first of the Paul Peach Masterworks series, also will emphasize the symphony’s latest investment in its future: new professional-quality percussion instruments that musicians are expected to debut.

Last week, Hillard said the percussion pieces had begun arriving and he expected them all to be in house in time for the 7:30 p.m. Saturday performance at the Albany Municipal Auditorium at 201 N. Jackson St.

“The orchestra is in the process of purchasing these much-needed professional-level, symphonic percussion instruments,” he said, adding they fit in perfectly with his program that includes “classical favorites which have either a Spanish or Latin flavor. The concert spotlights the percussion section of the orchestra.”

The approach is similar to the one Theatre Albany has taken with its last two productions: musicals “The Addams Family” and Disney’s “Beauty and the Beast.” Those have been the most successful back-to-back productions in recent years.

The first half of the symphony concert will feature Spanish-influenced music by composers who are Russian and French.

“The ‘Carmen Suite’ uses an extensive array of percussion instruments with the full string section to create a unique, colorful re-adaptation of the music from ‘Carmen.’”

After intermission, the symphony will be ready to rumble, performing Leonard Bernstein’s “symphonic dances” from “West Side Story,” a Broadway classic that updates Shakespeare’s “Romeo and Juliet” plot, with the adversarial houses of the Montagues and Capulets replaced by rival gangs in New York City.

“The concert concludes with ‘Danzón No. 2’ by Mexican composer Artuo Marquez,” Hillard said. “This colorful Latin work is driven by the percussion.”

Danzón, he noted, is the official musical genre and dance of Cuba, one that also has an active musical form in Mexico while remaining much loved in Puerto Rico.

The “West Side Story” presentation is part of an overarching tribute during the season to Bernstein, he said.

“Throughout the season, we’ll be performing four compositions by Bernstein in commemoration of the centennial of his birth in 2018,” Hillard said.

The maestro will talk about the program with the audience in his pre-concert notes — now known as “Know the Score” — at 6:30 p.m., which is free with concert admission.

Season tickets, which range from $89-$230, can still be purchased. Individual tickets are $10, students; $25, adult general admission, and $35, reserved seating. The post-concert Conductor’s Circle at the Albany Area Arts Council next door to the auditorium is included in some season ticket packages but can be purchased for $20 with an individual ticket.

Tickets can be ordered online at www.albanysymphony.org or by calling the symphony offices at (229) 430-8933 weekdays during business hours.

Most expensive homes for sale in Atlanta

Stacker compiled a list of the most expensive homes for sale in Atlanta using listings from realtor.com. Click for more.

Most expensive homes for sale in Atlanta

Keeping middle seats vacant on airplanes can reduce risk of Covid-19 exposure by up to 57%, CDC study says

CDC advisers will meet today about the J&J Covid-19 vaccine. Here's what experts and state leaders say about the pause