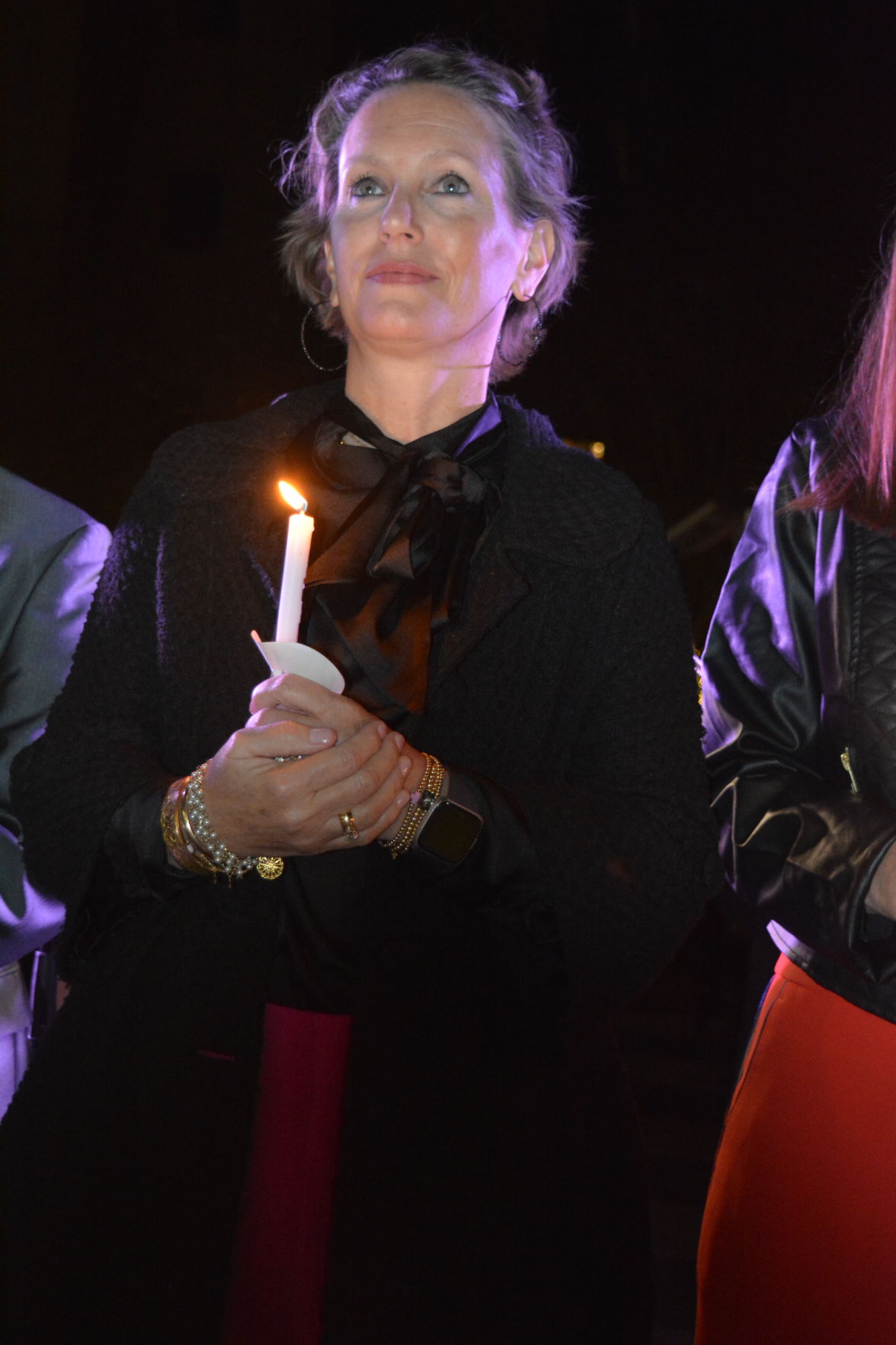 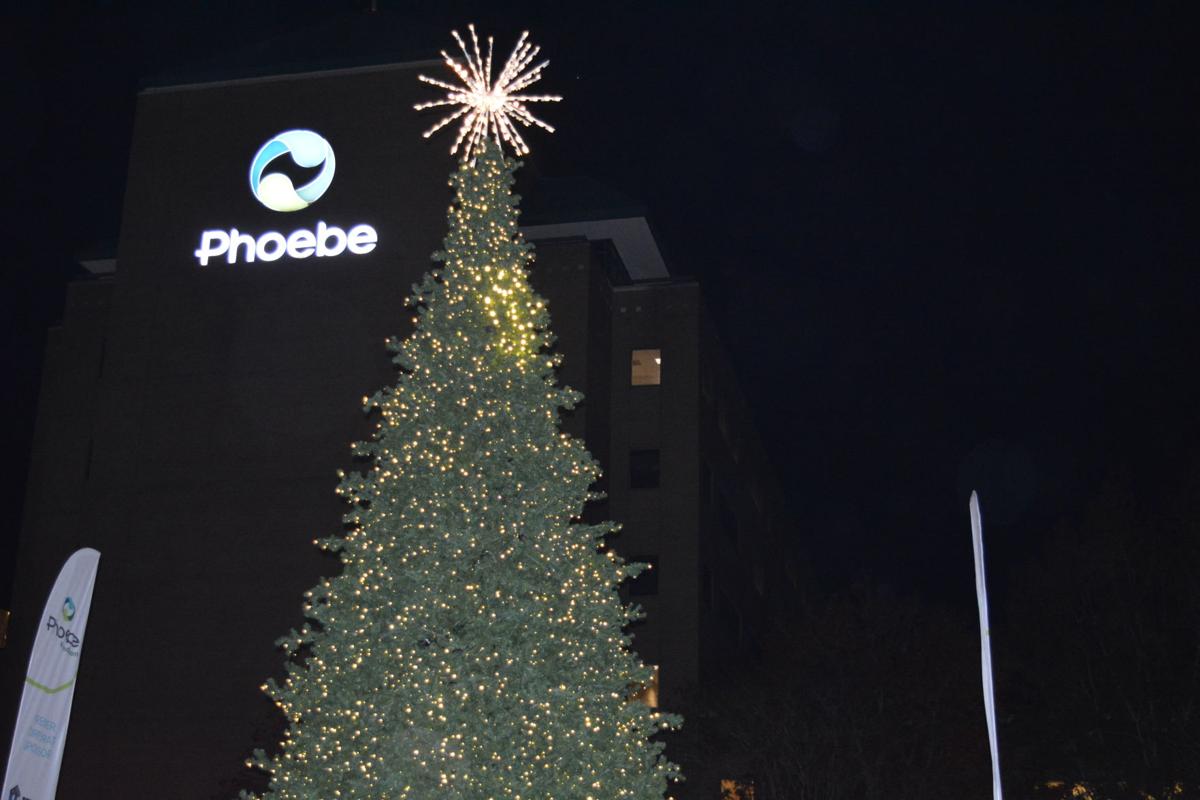 Phoebe’s Lights of Love Christmas tree was lit for the 36th year. 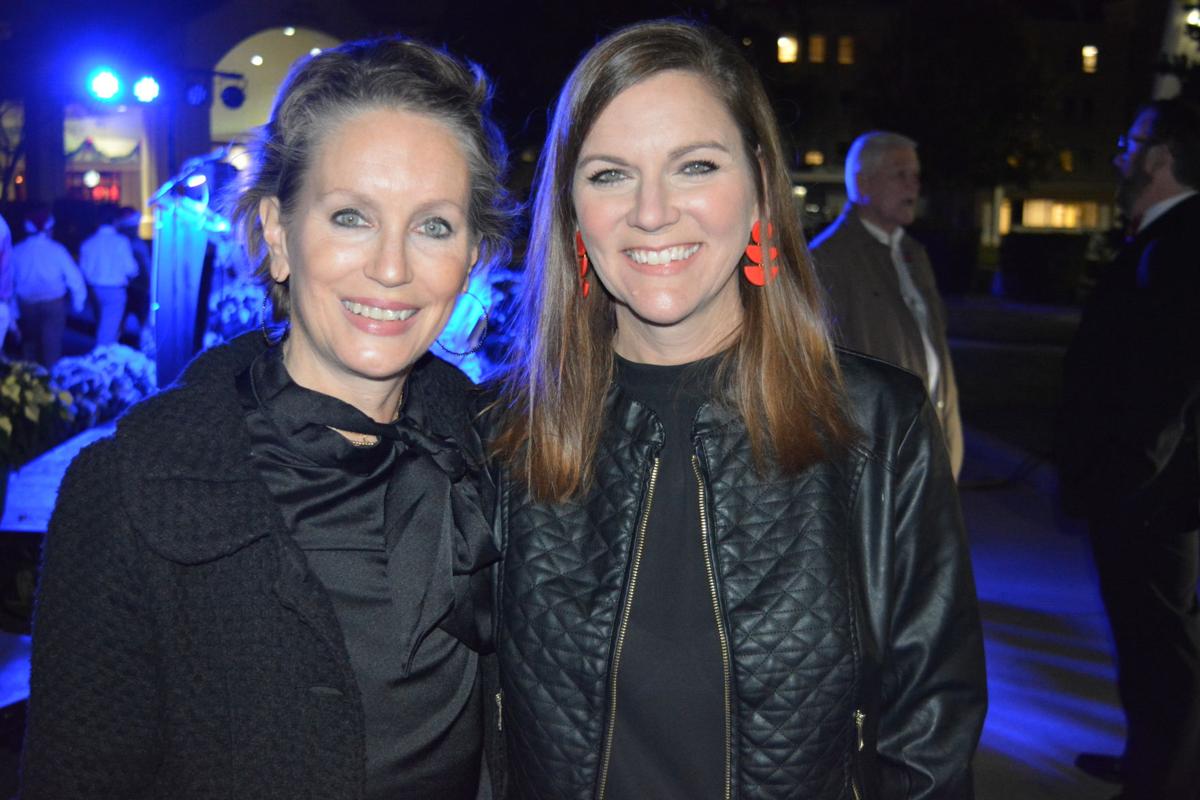 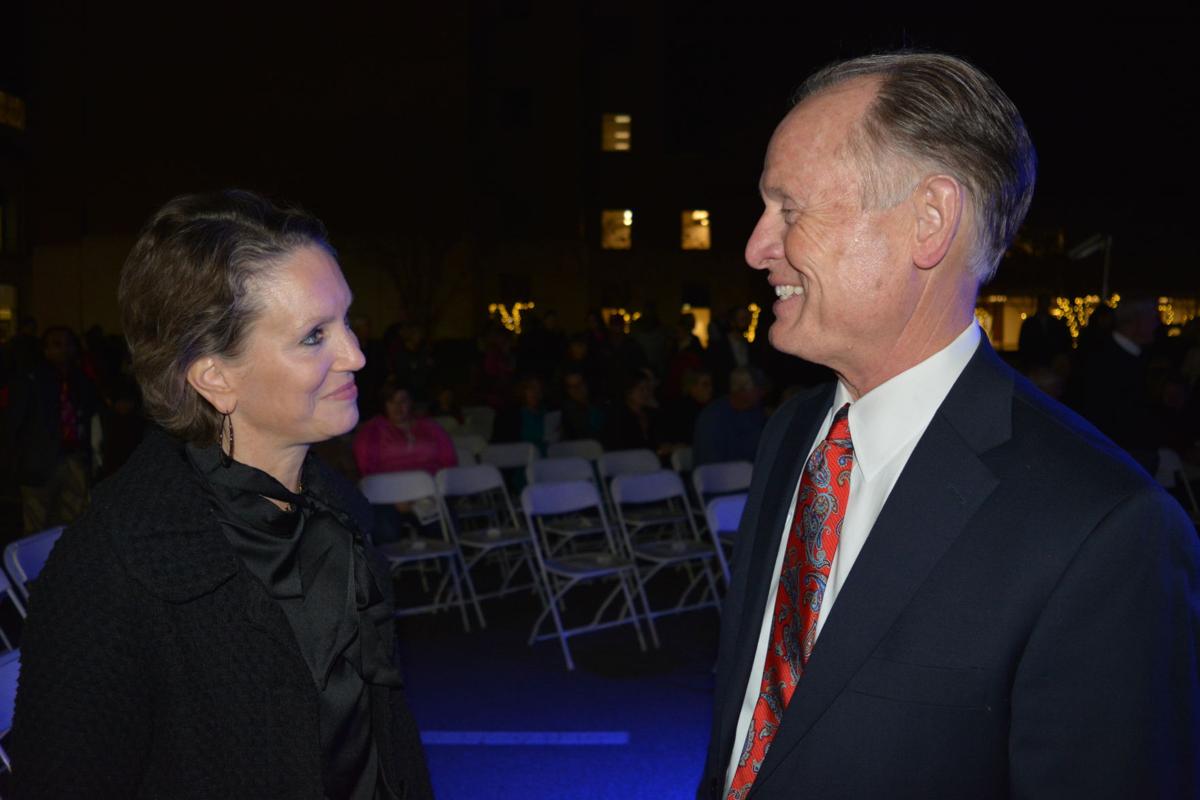 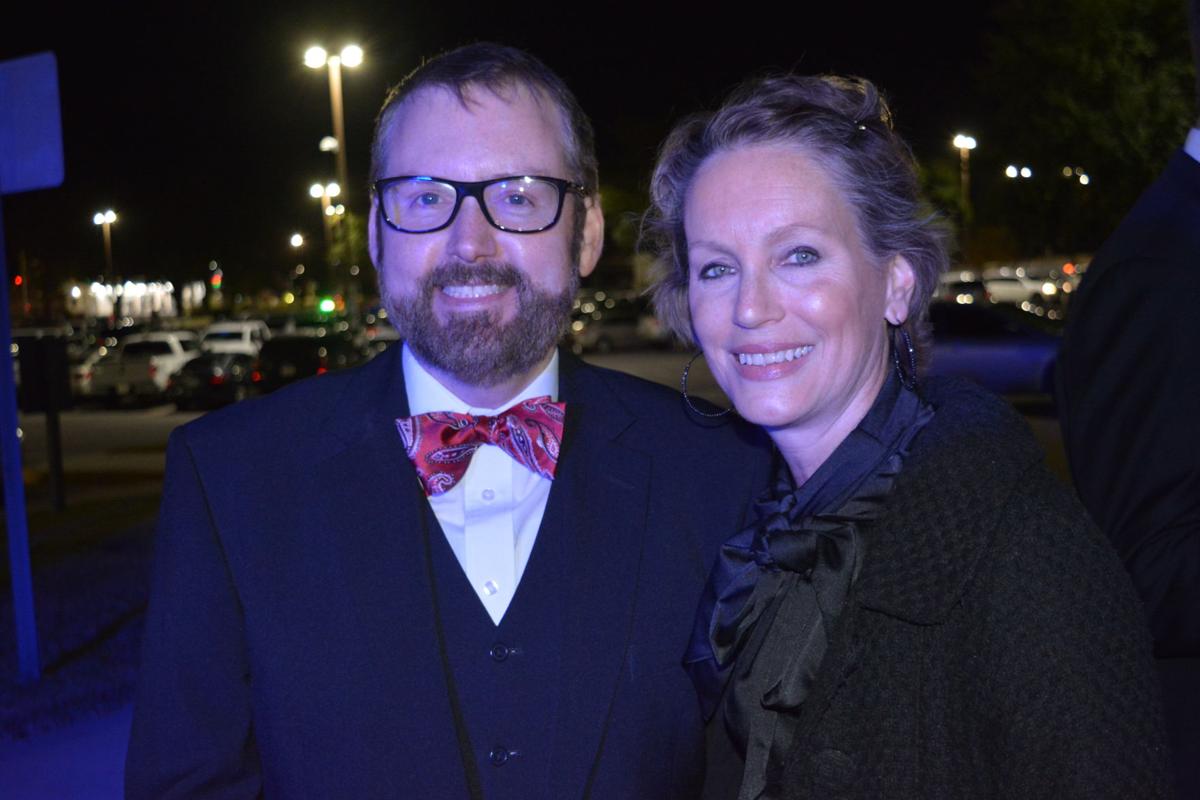 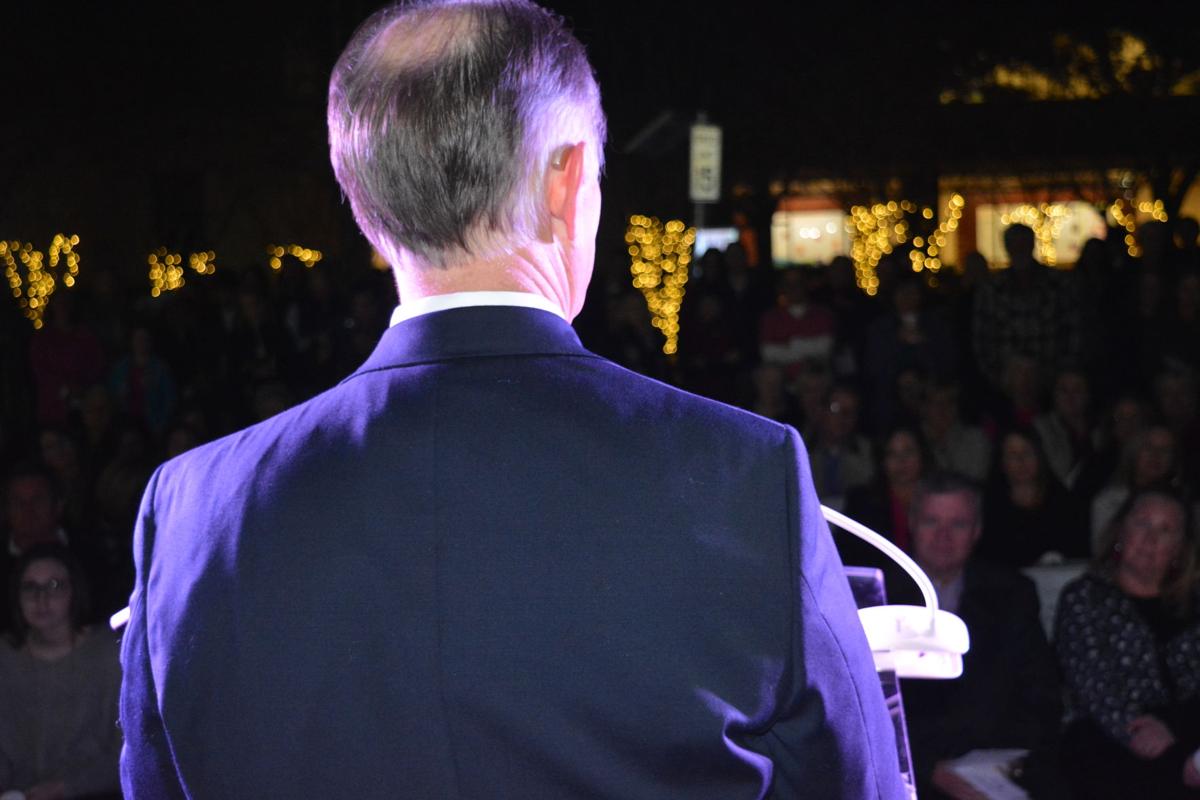 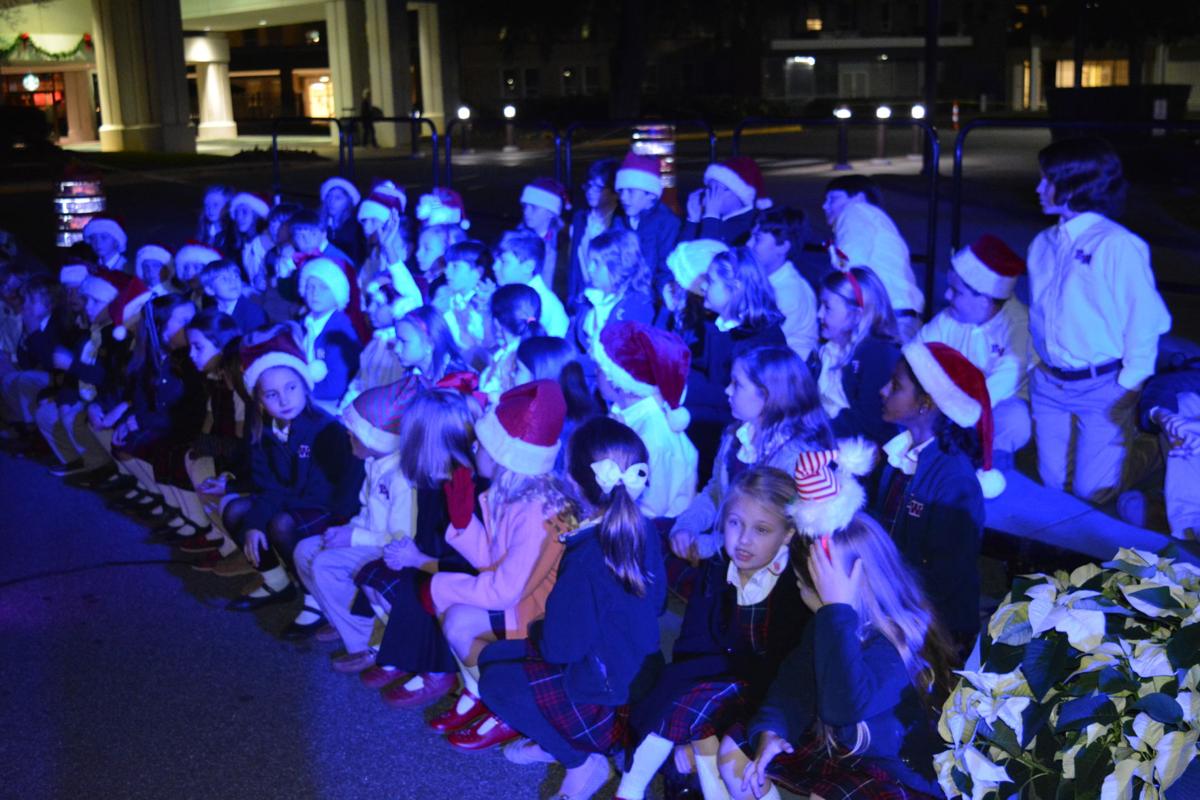 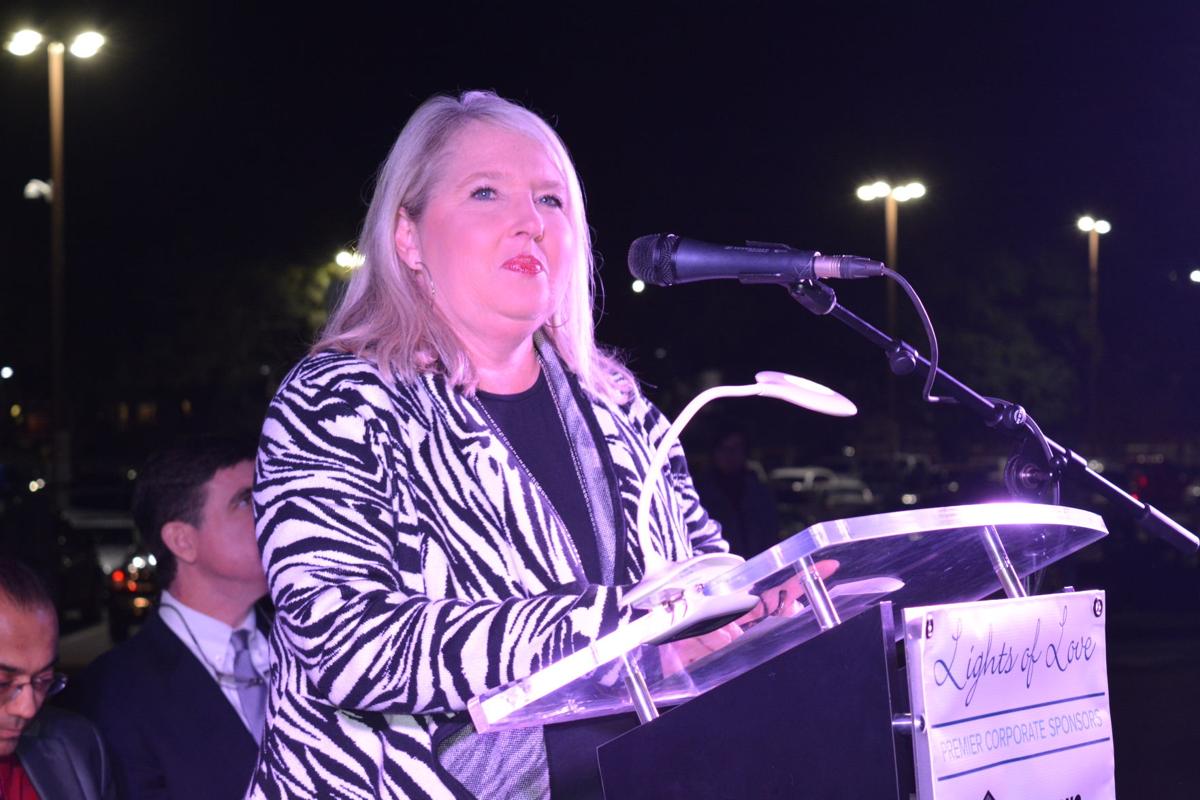 Michele Bates with the Junior Woman's Club of Albany talked about the club's 36-year commitment to Phoebe Lights of Love. 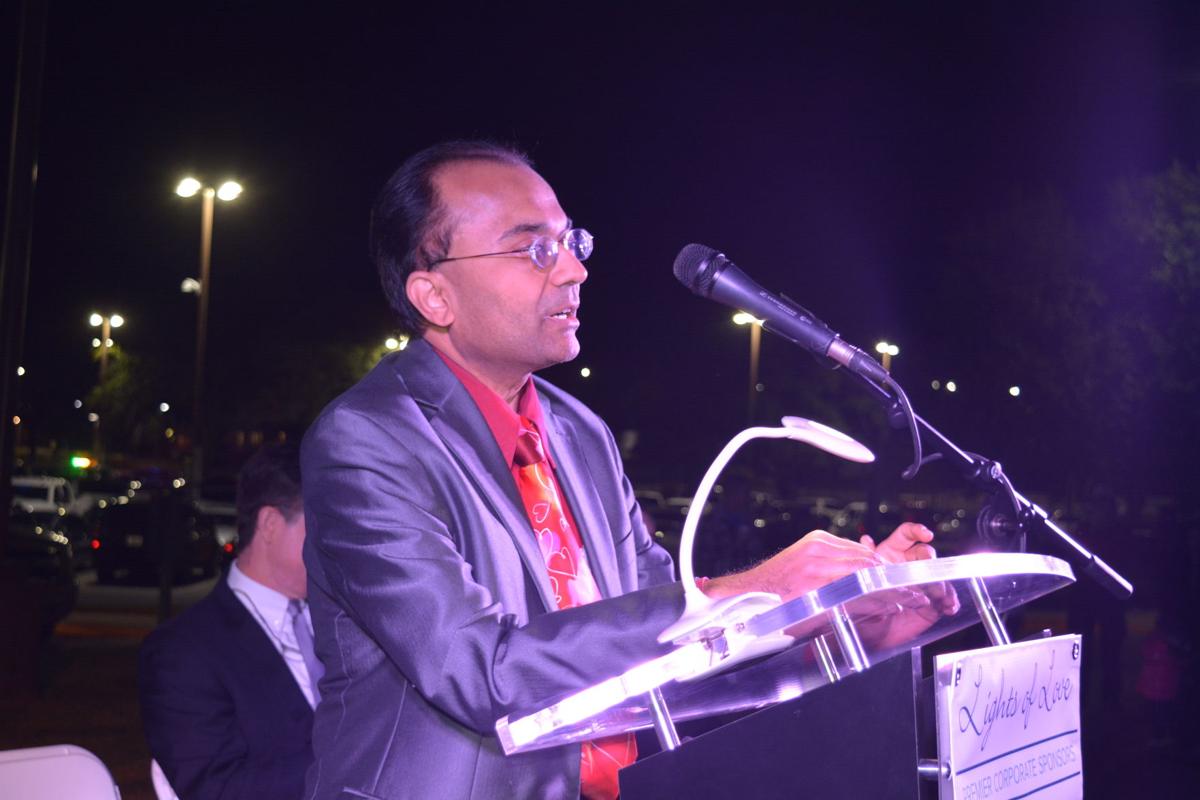 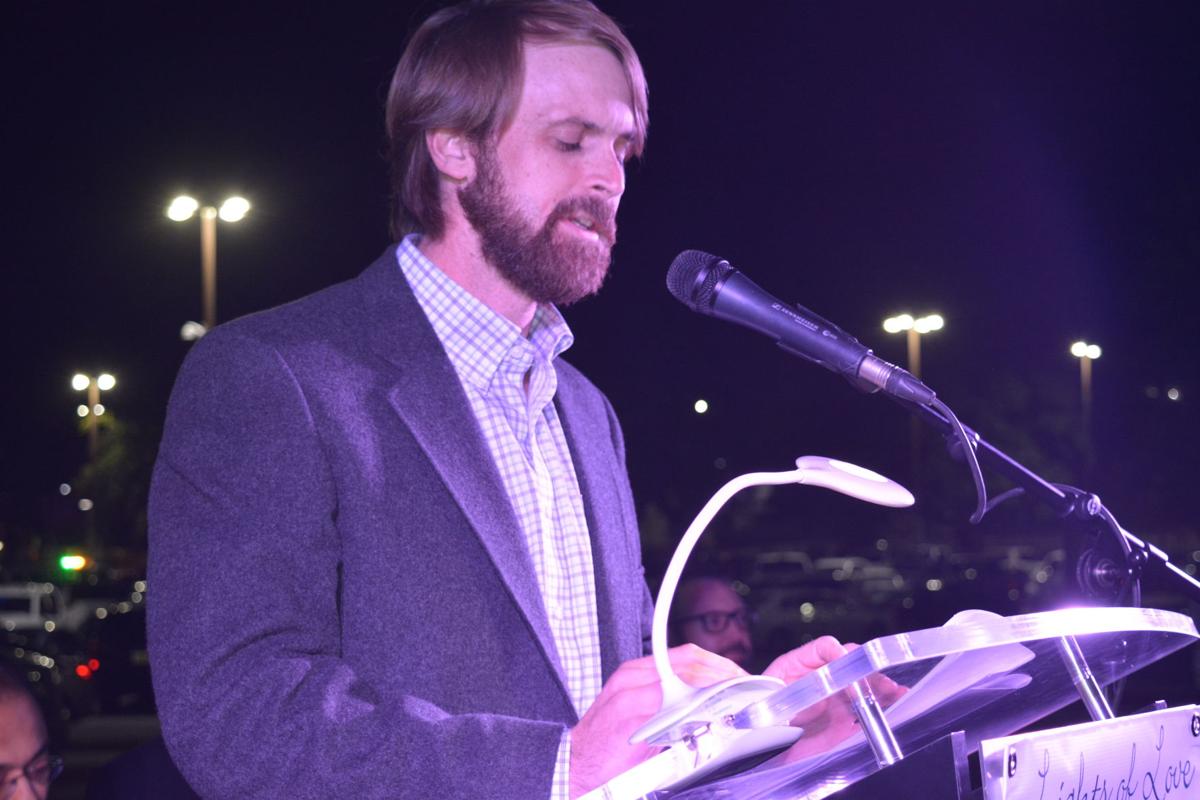 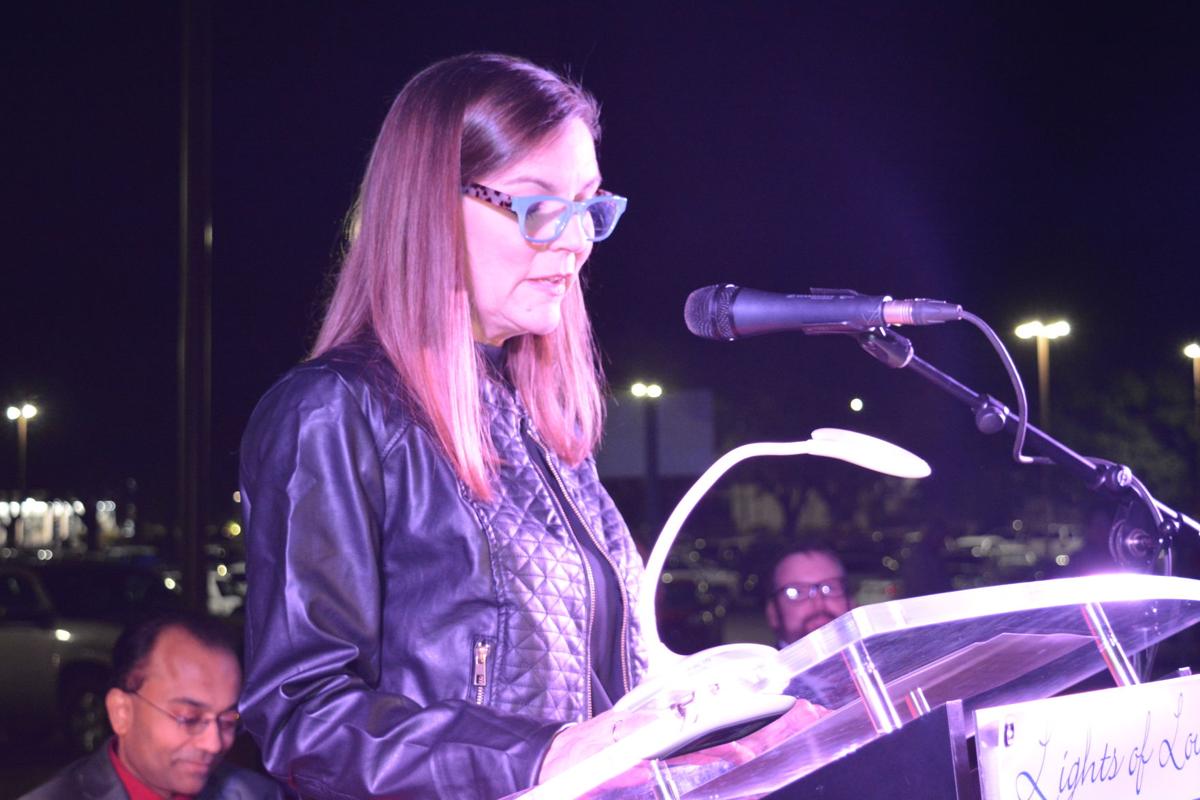 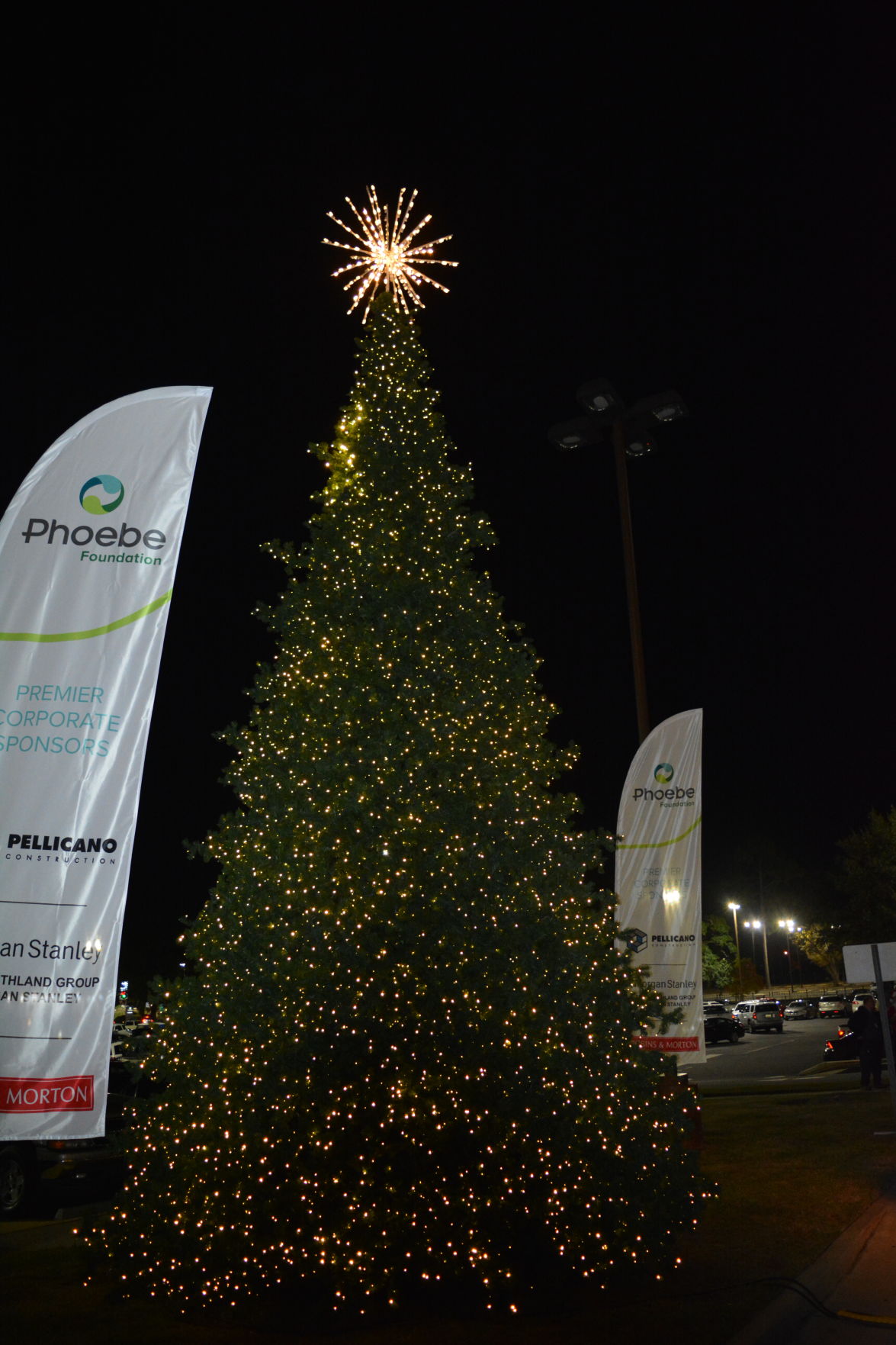 The Phoebe Christmas tree, lit during the annual Lights of Love ceremony, kicks off the Christmas season. 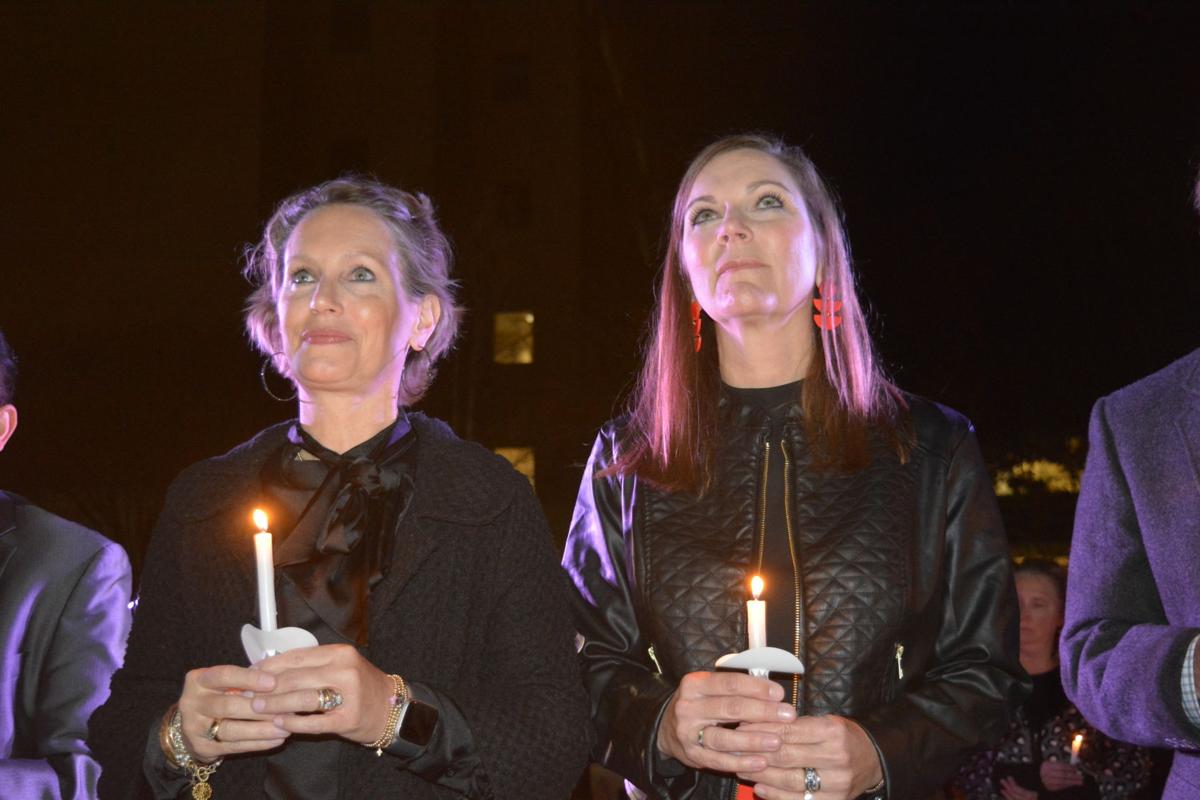 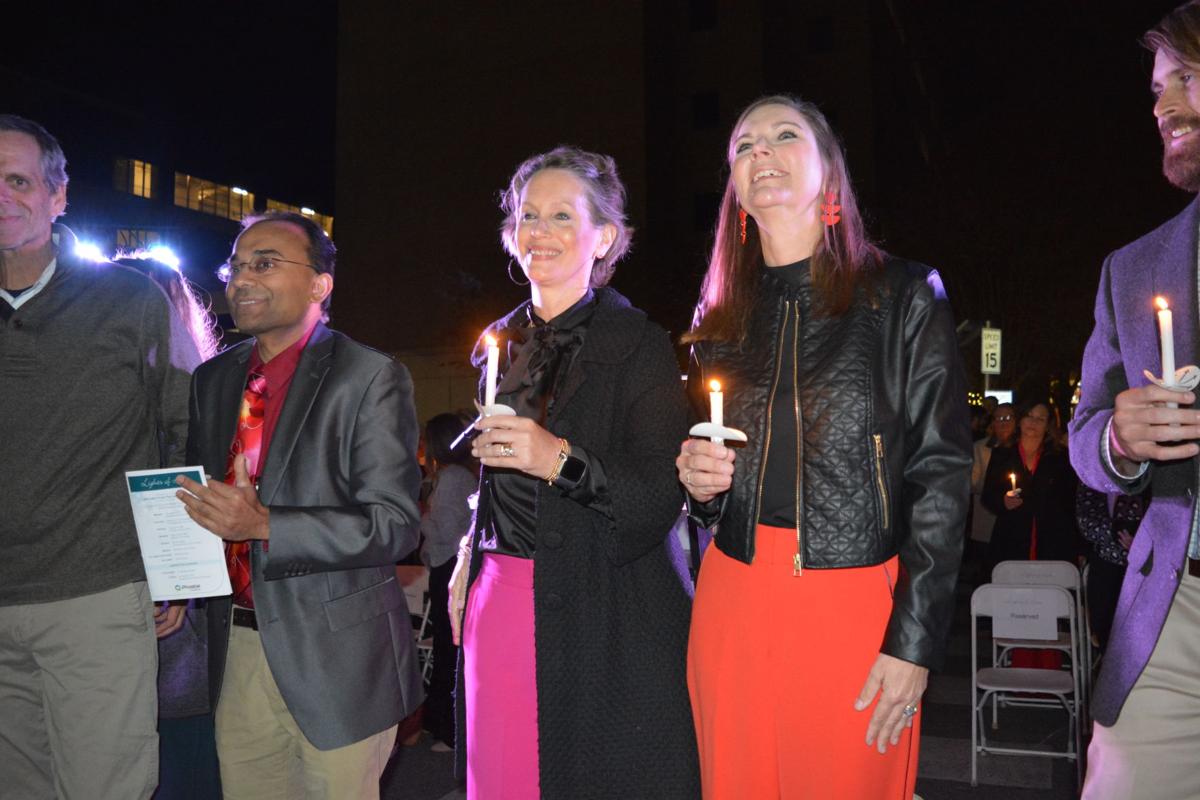 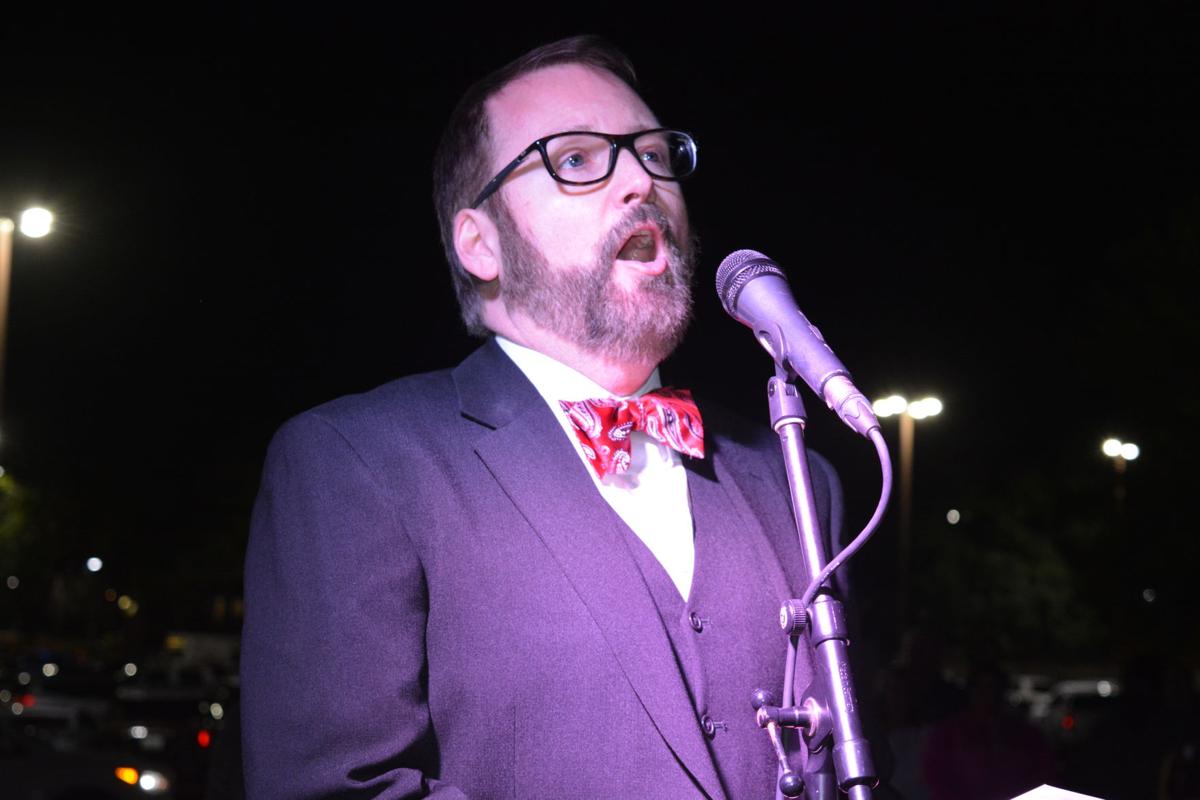 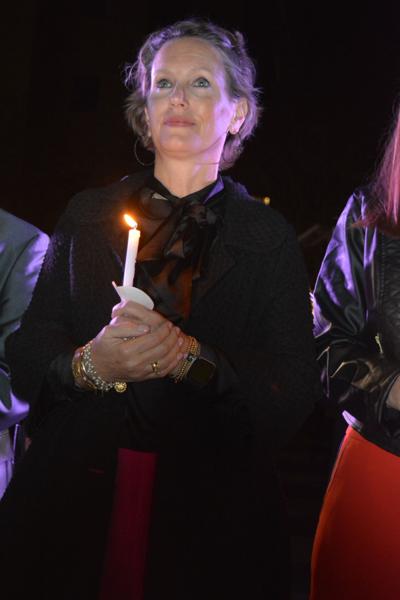 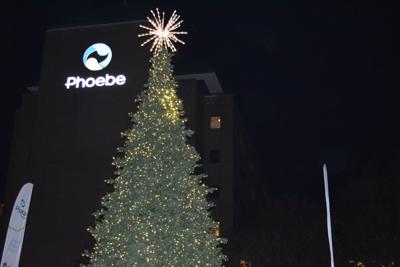 Phoebe’s Lights of Love Christmas tree was lit for the 36th year.

Michele Bates with the Junior Woman's Club of Albany talked about the club's 36-year commitment to Phoebe Lights of Love.

The Phoebe Christmas tree, lit during the annual Lights of Love ceremony, kicks off the Christmas season.

ALBANY — Jodi Peacock pondered the question briefly and then offered what was, given the occasion, the perfect answer.

Asked what being selected to light the Christmas tree during Phoebe Putney Memorial Hospital’s 36th Lights of Love ceremony meant to her, Peacock, who is now cancer-free after undergoing a year and a half of breast cancer treatment, said, “It’s a new beginning.”

“I always look at Lights of Love as the kickoff to the Christmas season,” Austin said prior to the ceremony and again during remarks before a large audience that came to hear the Deerfield-Windsor Lower School teacher and mother talk about her cancer journey before throwing the switch that lit the Phoebe Christmas tree. “It’s also about celebrating the battles of the people who have been diagnosed with cancer, those who emerge cancer-free and those who have gone on before us. The ceremony also, I believe, proves to us again that there is a higher power.”

Austin said the funding generated by Lights of love also serves a philanthropic purpose, as donations are being utilized to rebuild the hospital’s Light House, which hosts cancer patients who are undergoing multiple days of treatment or who need a place to rest while traveling for treatment. The original Light House was destroyed by a winter storm in January of 2017.

Peacock, who discovered a lump on her breast during a self-examination, had Stage 2 breast cancer. She said her “treatment team,” which included Drs. Chirag Hani and Adam Jones and other support staff throughout the Phoebe Cancer Center, quickly changed her self-prognosis.

“I did what most people do: When my diagnosis was confirmed, I Googled breast cancer,” she told the audience. “When I finished reading what they had, I started preparing for my funeral. But, fortunately, I quickly found that my doctors at Phoebe were truly the dream team.”

Peacock went through more than 18 months of treatment, which included six rounds of chemotherapy, 33 rounds of radiation therapy, 18 rounds of Herceptin and physical therapy. She credited her “families” — her husband and children, her school family at Deerfield, which celebrated her successful treatment schoolwide, and her First Methodist Church family — as well as close friends and staff at Phoebe for helping her through her journey.

“I’m so thankful for Phoebe Cancer Center,” Peacock said. “They knew what it would take to make me well, and they did it. Now I can say I’m cancer-free.

“I feel blessed by this whole experience. And I can’t say thank you enough to my family and friends who were with me throughout this. It’s because of them that I was able to fight this battle.”

Patrick Frazee's accomplice gets three years for tampering with evidence