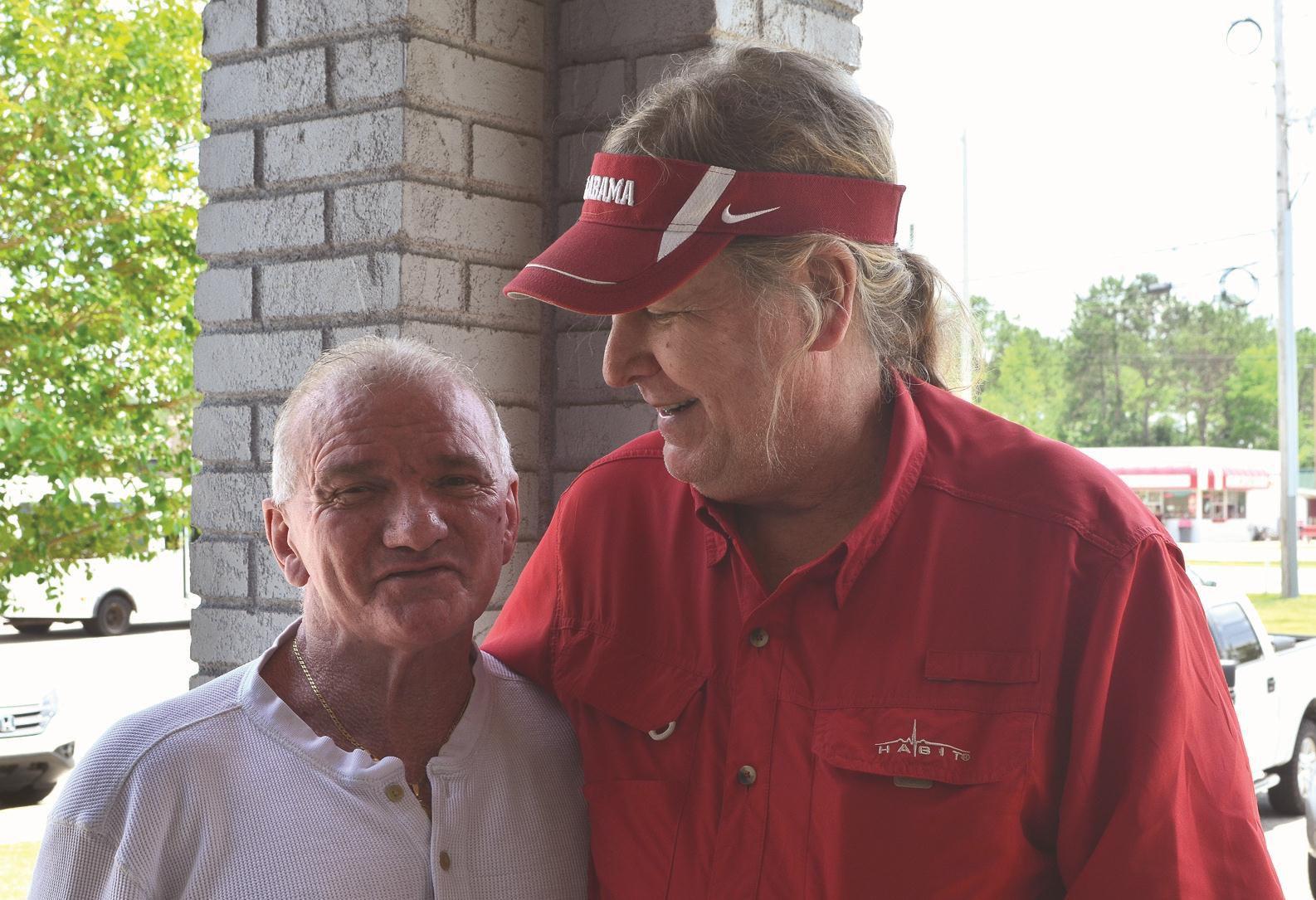 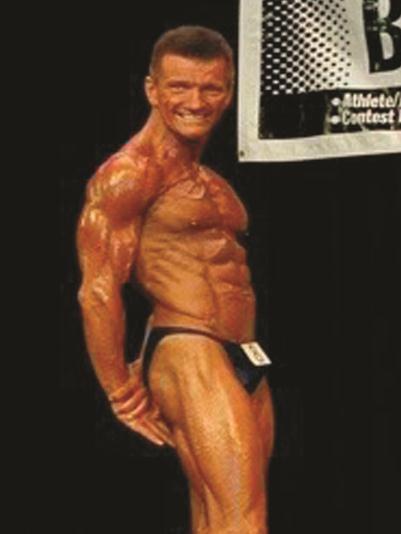 ALBANY — There is an art to being human that a lot people never recognize, understand or frankly, even care about. The intricacies of life often blur a person's ability to see, let alone act on, their true potential. Most people simply don't get it and spend their lives searching, in vain, for something meaningful, real and fulfilling.

When talking with Dr. Judd Biasiotto, it doesn't take long to realize that he found it, he figured it out and he acted upon it.

Biasiotto, a world-renowned author, lecturer, record breaking athlete and founder of the Dr. Judd's Love Foundation, discovered a long time ago that his greatest talent, although he is far too humble to admit that he has any talent at all, wasn't breaking records, lifting weights, writing books or speaking; it was helping people.

"Sports are completely overrated," Biasiotto said. "Being able to slam dunk a basketball or hit a home run are significant skills, but, really, they are not all that relevant. Records and athletic feats are not all that big of a deal in the overall scheme of things. It's the giving of yourself and the helping of others, that truly enriches your life."

It is a little shocking to hear the words "sports are overrated" coming from a guy that has set 101 state, 47 regional, 23 national and 14 world records. Biasiotto, during his

career, won 11 world titles and four world championships, including the 1988 American Drug-Free Power-lifting Association world record and in 2000, the World Open Body Building Championships, when he was 58 years old.

Also, during his career, he has worked with Kansas City Royals, the Pittsburgh Pirates and the Cincinnati Reds organizations as a sports psychologist, literally hypnotizing athletes to improve performance. According to Dr. Judd, as many of his friends call him, his life's philanthropic journey of compassionate enrichment began with the most unlikely person, doing the most unimaginable thing; a quadriplegic taking a weight training course.

"Well, it all started with this kid Kenny Blanchard," Biasiotto said during a lunch interview Friday. "Hold on, let me back up a little. It really all started when I came to Albany State University (ASU). I had been working for some Major League Baseball organizations as a hypnotist. I learned how to hypnotize people when I was 16 years old, but I never thought I would be working for a major league ball club doing it. Not everybody can be hypnotized, only about a third can.

"Anyway, we were basically just trying to increase player confidence and decrease their anxiety and stress level to improve performance, but that was before we figured out that you can't boost performance through hypnosis. My passion, however, was always teaching. I wanted to teach."

Biasiotto explained that, in addition to his passion to teach, he also was training as a world class power-lifter.

"To be perfectly honest, it wasn't just that I wanted to teach," Biasiotto said. "At the time, I was also a world-class power-lifter. The problem was that with all of the traveling I was doing in professional baseball, I really didn't have the time and energy to train properly. Consequently, every year I would end up being ranked sixth or seventh in the world.

"In my heart I knew I could do better. My feeling on the matter was that if I didn't settle down in one place and train properly, I would never realize my real potential as a lifter."

According to Biasiotto, when a friend informed him about a teaching opportunity at a university, he jumped at the chance.

"I'm serious," Biasiotto said. "I quit my job in professional baseball and took a position at Albany State University for about a third of the salary I was making in baseball. So, I packed my bags and headed for ASU. That's where I met Kenny."

Biasiotto's progressive resistance class became known across ASU campus as more of a pre-med class than just a weight lifting course. The professor's background in sports science contributed significantly to a much more in depth development of muscular strength and endurance for his students who were required to know about training methods, nutrition, physiology and anatomy.

"Now, I don't want to brag, but I am a damn good teacher," Biasiotto said. "I am tough. I pushed my students in much the same way that I pushed myself. I showed them no mercy. In order to pass the class, they really had to work their butts off, and in fact, many students didn't pass it. If I remember correctly, the president of the university barely passed the course, and one of my best friends, Curtis Leslie, who happened to be a two time World Power-lifting Champion, flunked it.

"I don't believe in lowering the bar for anyone. Most people rise to the level of expectation. If you expect nothing from people, they will give you nothing. Expect a lot, and you will get a lot. Consequently, I expect a great deal, and I don't make any exceptions. No exceptions. Call me mean, call me hard, but call me fair."

"It was the first day of class for the 1997 fall semester and this kid comes rolling into my class in a wheelchair," Biasiotto said. "He was paralyzed from the neck down, a quadriplegic. His hands and his feet were completely non-functional. I remember thinking, "What the heck is this all about? There is no way this is going to work. He could barely operate his wheelchair." So, after class I waited for all of the other students to leave and said, "We need to talk." Forty percent of a students grade was based on how well they performed the exercises. I told him there was no way to pass the class."

According to Biasiotto, Blanchard, with a wit as sharp as a scalpel, told him he didn't care about failing the class, he just wanted to learn as much about weightlifting as he could. In Biasiotto's experience, most students didn't care what they learned as long as they got a good grade. Now, here was this kid that didn't care about a good grade, he just wanted to learn. Blanchard wanted to become a trainer to help a girl he knew become a power lifter. The two became fast friends.

"Kenny not only came to that class, he came to all my classes," Biasiotto said. "He would come to my office and run into the bookshelves with his wheelchair and knock all the books off. We developed a really good relationship. Then one day, he came to my office and he was crying. Which was not typical for him. He was always laughing and positive.

"I asked what was wrong and he told me he was ready to graduate with his master's degree, but he didn't have any transportation and so he wasn't going to be able to get a job. He told me he needed to get a van. I didn't know how much something like that would cost. Kenny told me it was like $24,000. Well, I had a company in Germany, at the time, that I wrote books for, like how to bench press or how to do squats, but I had also written this other book that my business partner didn't want to publish because it wasn't really our market.

"So, I told Kenny, I would pay to have that book published and we would use all the money from it to get him a van. Also, just by luck, this guy Tom Dorsey, a billionaire, had asked me to do a speaking engagement for a bunch of stockholders. Dorsey asked me how much I would charged and I told him I would take what ever he would give me, because I was trying to get this kid, Kenny, a van. We agreed on $2000. I went and did the speech and afterwards Dorsey came up to me and told me I was stupid. Dorsey told me he was so impressed, he should have given me $5,000. "I will do you one even better." he said. "I am going to help you get that van." It turned out the van cost $124,000, but we got it. The night we gave Kenny that van at St. Teresa's Catholic Church, there were about 500 people present and not a dry eye in the place. I felt better about that than any world championship I ever won."

Since then, Dr. Judd's Love Foundation has raised more than $2 million to help the disabled and impoverished.

Today, however, Biasiotto, has found himself in the position of, if not needing, then receiving love and compassion; the very kind he has spent a lifetime giving.

Biasiotto, in 2009, was diagnosed with a rare type of Muscular Dystrophy (MD) called Duchenne MD, which is far more common in young people. The once world-class power lifter now has trouble walking and those record breaking legs have deteriorated to a point that the former athlete is unsteady and frail.

"I really just want Judd to know how much he has done and how many lives he has touched," said Whitaker. "He won't admit that he's ever done anything, but his foundation has literally changed people's lives."

According to Whitaker, an evening of appreciation for Biasiotto will be held Tuesday at the Harvest Moon. The event begins at 8:30 p.m. during which Whitaker is asking friends, acquaintances, business associates, former students, athletes or anyone else who knows or cares for Biasiotto to come out and show their appreciation for a man that has done so much for so many.

"Judd is just a really great guy and he is having a hard time right now," said Whitaker. "I hope everyone that he has touched will come out, hug his neck and maybe share a few words about Judd."

TOM PURCELL: For current politicians, nepotism is just a perk