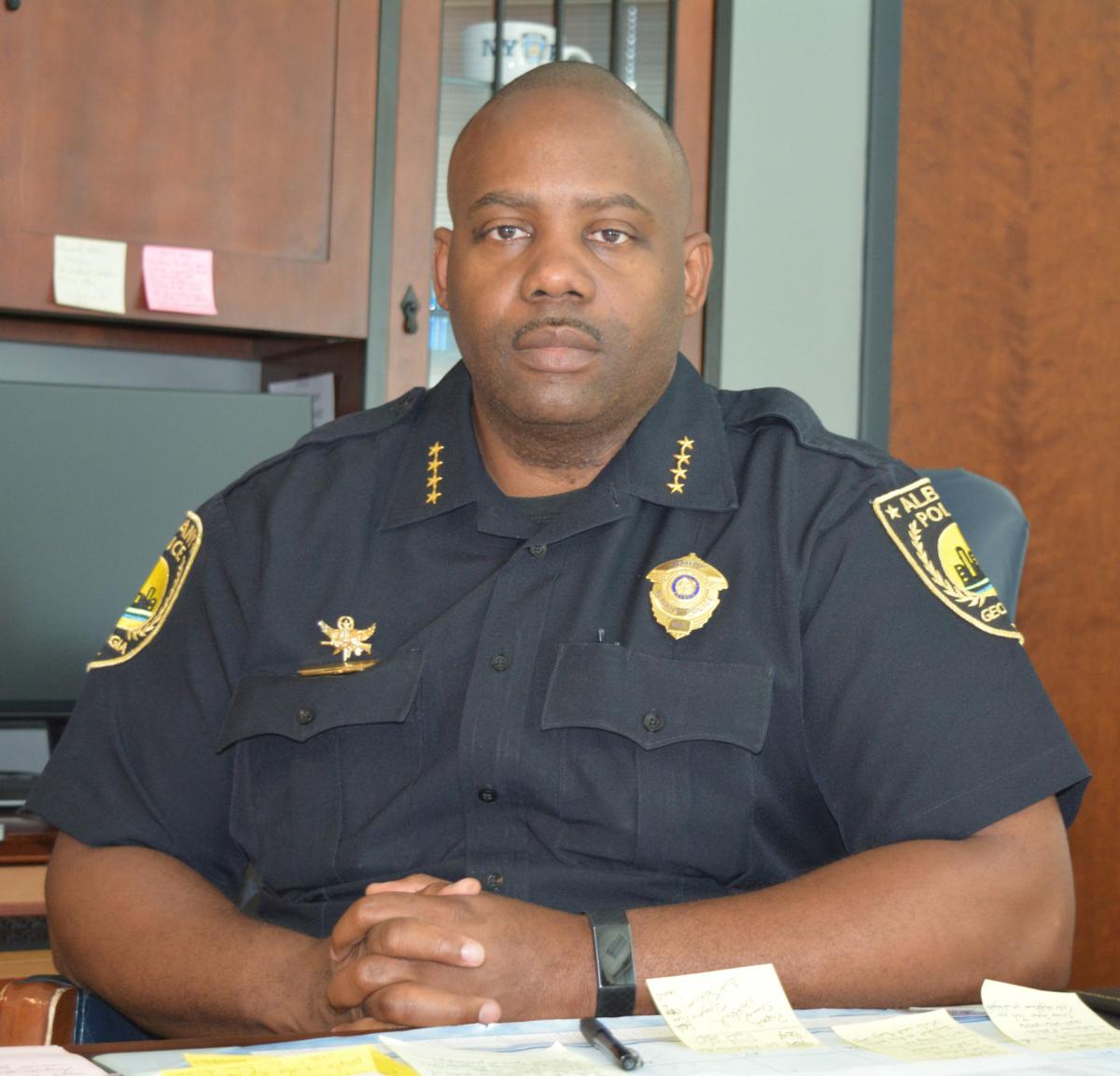 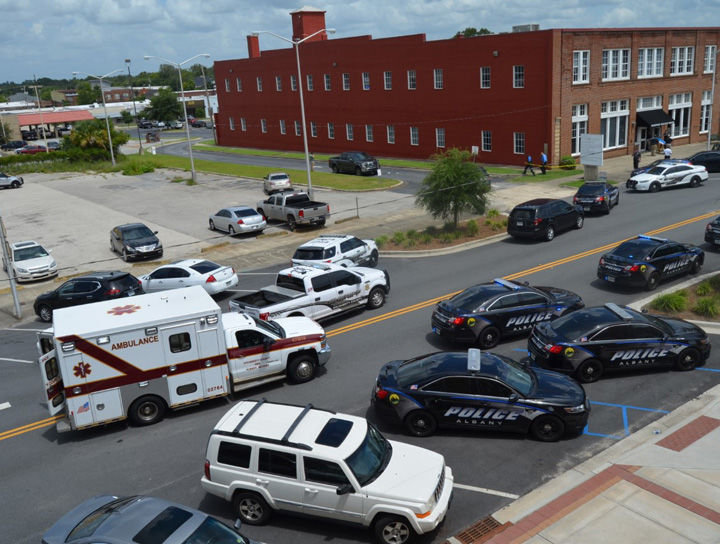 Dozens of law enforcement and emergency personnel descended on the 100 block of Pine Avenue earlier this year in response to a shooting death at the Riverfront Resource Center in downtown Albany. 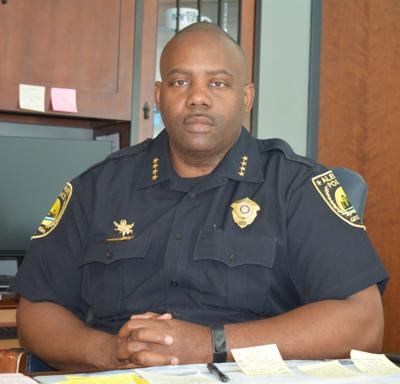 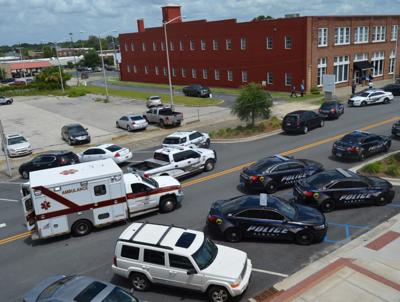 Dozens of law enforcement and emergency personnel descended on the 100 block of Pine Avenue earlier this year in response to a shooting death at the Riverfront Resource Center in downtown Albany.

Editor’s Note: Part of an ongoing series about criminals, crime and law enforcement in Albany and Dougherty County.

Lucy was regaling Charlie Brown in one memorable strip about his winless baseball team’s poor performance. She reveled in announcing the team’s low batting average, its high ERA, its dearth of runs scored, its astronomical number of errors. Finally at his breaking point, Charlie Brown yells at Lucy, “Tell your statistics to shut up!”

Statistics, as many have pointed out, can be read — and misread — in any number of ways. It’s no small irony that, often, the same statistics are used by opposing sides to prove opposite points. This is an indication that such gathering of numerical data should be looked at with at least a partially jaundiced eye.

Many in Albany belittle local law enforcement agencies when they proclaim — with the numbers to back their claim up — that crime is generally down in the city. Local citizens watch nightly news reports that equate just about any misdeed as further evidence of a societal collapse, and they declare that they live in the crime capital of the world. It doesn’t help that social media sites draw eyeballs — and ratchet up the level of fear — by adding juicy “facts” that they alone have “discovered,” never bothering to backtrack when it turns out their sources are often proven to be posters’ active imaginations.

Albany Police Department Chief Michael Persley is all too aware of those breathless news reports and those frequent social media posts that are built around rumor and gossip. They help create, Persley says, a perception that lawlessness reigns.

“Perception is definitely a huge part of the problem we have in Albany,” Persley, a native of the city and an active-duty U.S. Army veteran, said. “People hear these (news) reports where they’re saying ‘There was another shooting in Albany ...’ and suddenly there are those in the community who say we’re just like the wild, wild West. What these people don’t see is that you can go to other Georgia cities — Atlanta, Columbus, Macon — and what’s happening here is happening everywhere else.

“People will see an isolated incident and say, ‘This goes on here all the time.’ And that just feeds into this perception that we’re now behind the 8 ball when it comes to crime.”

Persley offers that assessment before showing a visitor crime statistics that, by raw numbers, say the city is at a 25-year low when it comes to overall crime. Still, there are those news and social media reports that focus on the age-old “If it bleeds, it leads ethos.” Plus, as anyone who is remotely paying attention will attest, it’s not an apples-to-apples comparison when, numerically, a brutal murder of a homeless woman caught on surveillance video matches up one-on-one to a kid snatching a candy bar and running out of a convenience store.

Still, some interesting numbers do jump out when year-by-year crime stats are viewed.

Homicide, which is the most heinous of the so-called Part I (major) crimes, has trended downward the last couple of years after climbing to 22 in 2017, a number that led officials to hold a citywide prayer vigil for the victims. Those 22 homicides equaled the total in 1993 and were the third-most in the city since 1980, coming in just under the 24 in 1988 — when the city was declared the per-capita murder capital of the state — and 23 in 1994.

“Crime, even crimes of passion like murder and other Part I crimes, tend to happen in trends,” Persley said. “That’s one of the functions of a law enforcement agency, to understand those trends and adapt enforcement to counter them. And while it is never my intention to throw anybody in the justice system under the bus, it’s disheartening for officers to do the right things, do their jobs, and catch these criminals, and then a few days later they see them back on the streets.

“I do understand the call for alternative sentencing, and I’m OK with that, in some instances. But it’s not a good judicial decision to put someone who is evil, wicked and has no respect for the law back on the streets to continue doing what they do.”

When that happens, as it often does, the APD chief says, the officers who “know they have put the right person in jail” have to listen to a litany that is disheartening: “The police are not doing their job ...” “We don’t have enough cops out there on the streets ...” “I’m scared to go to that part of the city ...”

“Sociologists will tell you that there are socio-economic factors that impact crime rates,” Persley said. “When the economy is down, when you have a recession, there is going to be a larger number of crimes. A lot of the higher murder rates came in years in which we were in a recession.”

Another disturbing factor in the crime stats available on APD’s website is the number of gangs and gang members that are active in the city. The Albany Police Department has identified 29 gangs with several subsets with more than 500 validated gang members.

Perhaps even more sobering: While crime rates are down numerically in the city, Charlie Peeler, the United States Attorney for the Middle District of Georgia, told a local civic club at a recent meeting that violent crime here is three times the national average.