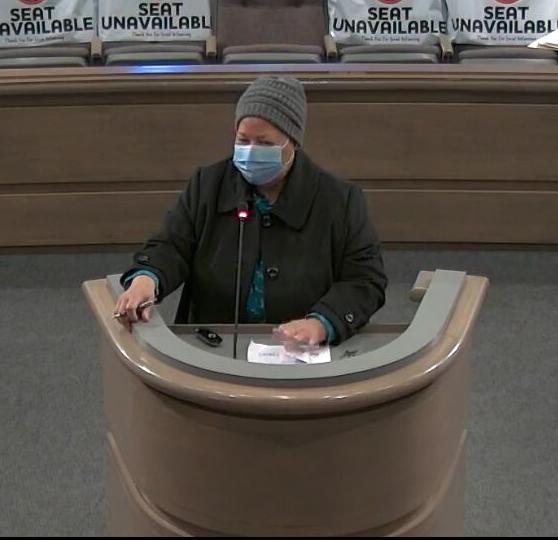 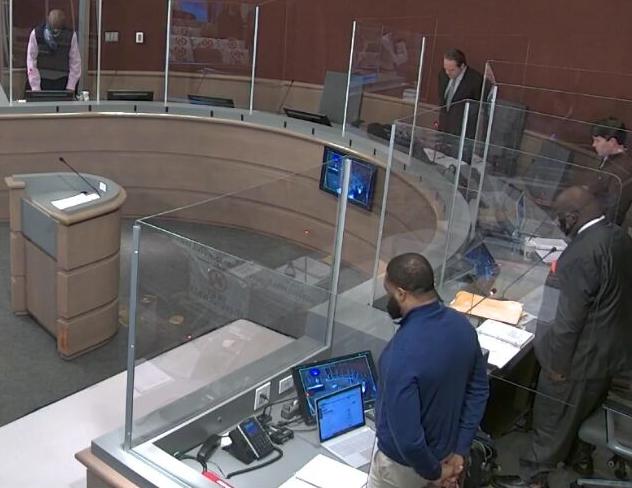 Albany City Commissioners observe a moment of silence for those who have lost their lives during the COVID-19 pandemic. 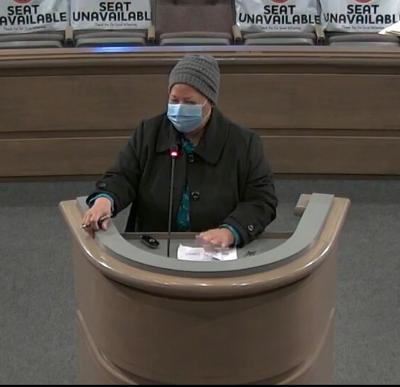 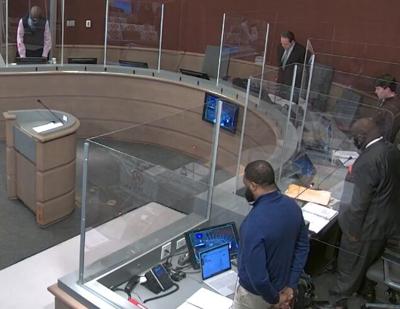 Albany City Commissioners observe a moment of silence for those who have lost their lives during the COVID-19 pandemic.

ALBANY — Last call could come a little earlier at Albany’s bars and nightclubs under new alcohol ordinance provisions under consideration by the Albany City Commission.

The proposed revision would change the current 4 a.m. cutoff point for alcohol sales to 2:45 a.m. It also would require establishments that sell alcohol for on-premises consumption to be cleared by 3:15 a.m. rather than the current 5 a.m. time.

The proposal was one of three alcohol-related measures presented to the commission by City Attorney Nathan Davis during a Tuesday work session at which no vote was taken. The other two deal with the advertising required of applicants for alcohol sales licenses that are posted ahead of public hearings on those requests.

The coronavirus pandemic sent schools across the United States online with some rocky results, but these schools have years of experience in virtual learning. HeyTutor used data from Niche’s 2021 Best Online High Schools in America report to compile a list of the top choices. Click for more.

“This has been discussed at a Public Safety Committee meeting,” Davis told commissioners. “(Albany Police Department) Chief (Michael) Persley was in favor of no longer having the 4 a.m. and 5 a.m. provisions stay in effect.”

Other commission members also supported that measure during the meeting, Davis said.

There was no discussion of opposition on Tuesday to the earlier time for ending sales of alcoholic beverages. However, Mayor Bo Dorough questioned whether the 30-minute time frame after that time was sufficient to empty establishments of customers and have employees close for the night.

Dorough also suggested scheduling a public hearing prior to the commission making a final decision, which could delay making a decision.

A second ordinance change would require applicants seeking a license for package or on-premises sales to place a larger, more prominent ad in the newspaper notifying the public of scheduled hearings before the commission. Commissioners also could require that applicants place a sign at the proposed location similar to the signs placed at properties ahead of zoning hearings.

The third would require that the commission notify applicants who are denied an alcohol license through a written notice within five days, giving the reason for the denial. The statements also would notify the applicant of how to file an appeal and schedule a public hearing before commissioners.

Over the past year, alcohol applications have been more contentious as some commissioners have complained about a proliferation of stores selling alcohol, particularly package sales in neighborhoods.

The commission also heard two zoning change requests during the work session that could come up for a vote during the regular meeting next week, and one of those also drew red flags.

Kashif Butt has requested rezoning 1701 and 1703 W. Gordon Ave. from R-2 residential use to a C-2 commercial designation. Butt purchased the two houses and property and intends to build a convenience store with gasoline pumps at the site.

The Albany-Dougherty County Planning Commission on Jan. 7 voted 7-0 against the proposal.

Mattie Wright, who spoke against the proposed store on her behalf and that of nearby residents, said the presence of gasoline tanks would be a potential danger in the neighborhood setting.

“What he’s wanting to do at 1701 and 703 West Gordon is not enough room for a convenience store and gas pumps,” she said. “There are several convenience stores (around) there. Right in that area, I really don’t think that’s a good idea to put that there.”

The store also would bring additional traffic and lighting to the area, she said.

Ben Barrow, president of LRA Constructors of Albany, who spoke on Butt’s behalf, said the project would replace two dilapidated houses with the new business. The project would provide rehabilitation and gentrification in the area.

“It’s a neighborhood that’s somewhat in decline,” he said. “It’s because of loss of population. It’s because some of the commercial establishments have moved toward Slappey (Boulevard). In his mind, in our mind, he’s just improving the situation. He has a good track record.”

The second rezoning request made by Claire Jackoski and V.R. Morgan was to change a C-1 commercial designation to C-2 commercial to allow for a drive-through restaurant at 1300 N. Slappey Blvd. The rezoning would be required in order to operate a drive-through at the site.

The proposed restaurant would have no indoor seating.

Commissioners could vote on both proposals at the board’s Jan. 26 meeting.

A middle schooler was insecure about his haircut. So his principal fixed it himself instead of disciplining the boy for wearing a hat

Must-watch videos of the week

Why Americans shouldn't turn their noses up at Johnson & Johnson's vaccine