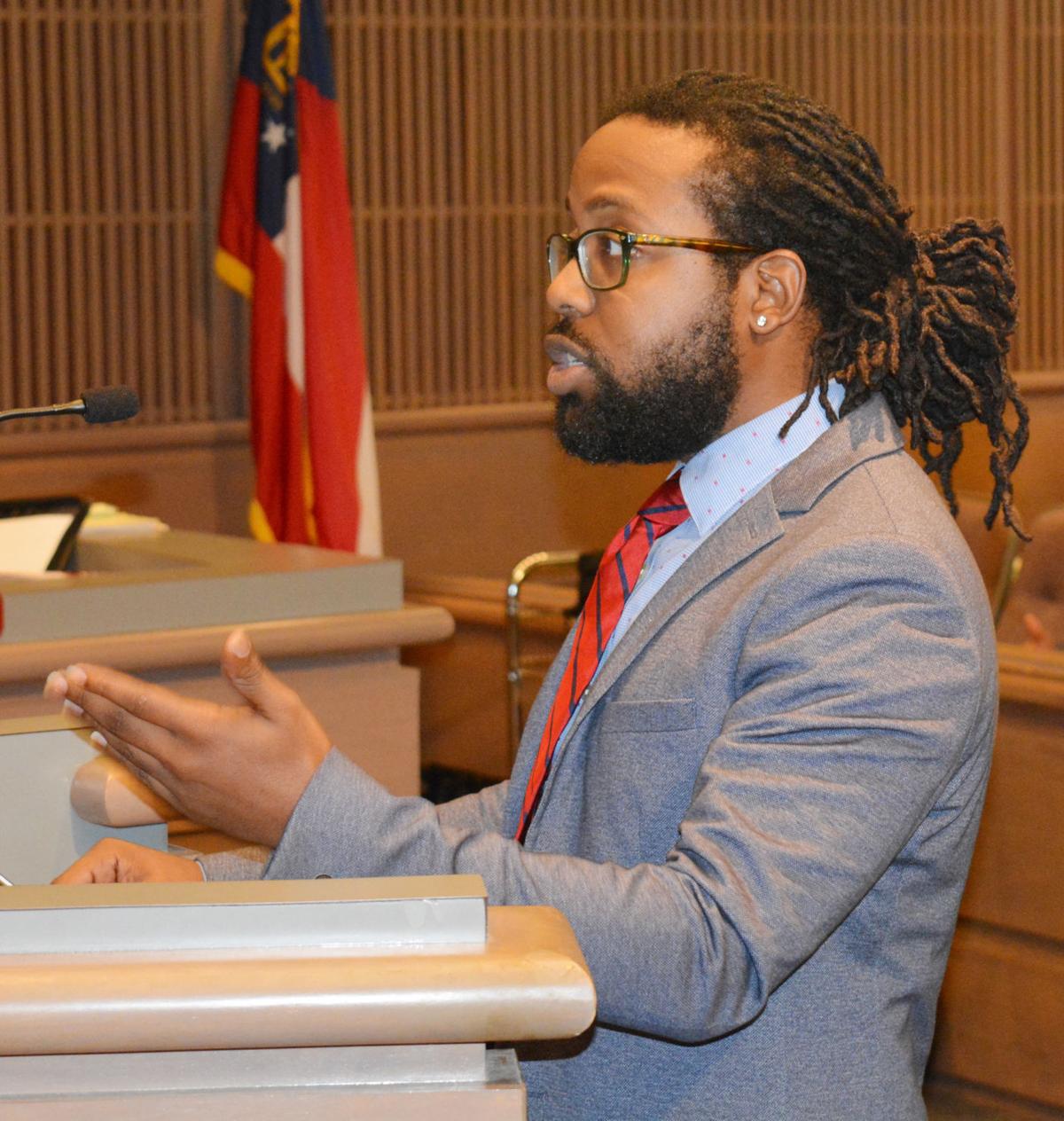 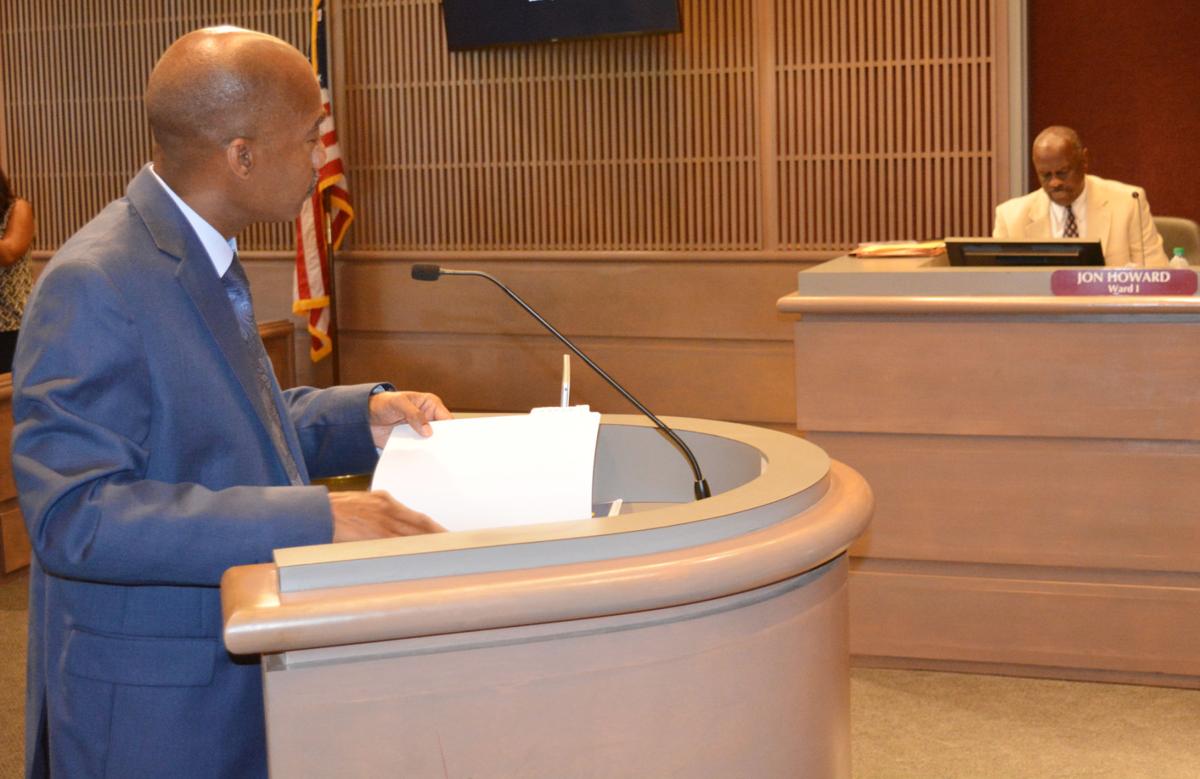 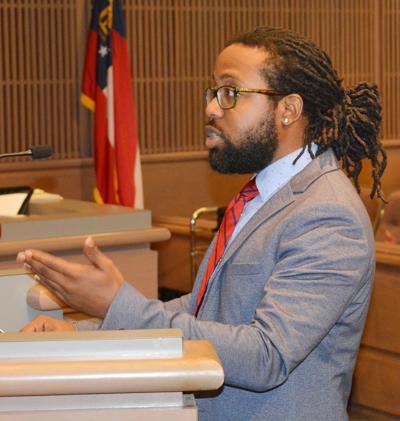 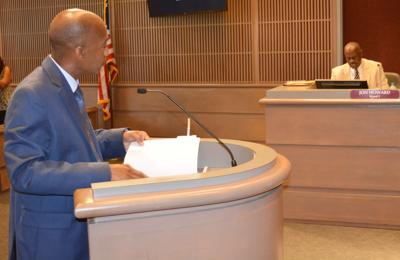 Albany architect David Maschke praised the city’s plans to use a one-time $500,000 allocation to upgrade infrastructure and maintenance of city-owned cemeteries and called on the city to upgrade and install sidewalks in areas adjacent to schools throughout the city.

Adjunct Albany State University Professor of Criminal Justice James Pratt Jr. encouraged the board to reorganize an existing Albany Gang Unit Task Force and to make it a separate entity from the Albany Police Department. Pratt also asked that the city include in the budget funding for an administrative assistant to take notes at task force meetings and to help educate the public on matters pertaining to the group’s work.

Darren Harpe used the discussion period to praise Ward III City Commissioner B.J. Fletcher for her efforts to clean up illegal trash dump sites in an alley in his neighborhood.

“I support the city manager’s budget initiative that calls for cemetery upgrades,” Maschke said. “For decades, the (city-owned) cemeteries behind the Civic Center have been in decline. Our city officials as well as the taxpayers of the city have a moral and ethical obligation to step up and improve these facilities.

“I applaud the city manager’s (proposed) $500,000 commitment and ask for continued commitment from this board.”

Subadan said the city would supplement a perpetual care fund with general funds so that the proposed half-million-dollar upgrades can be made.

Pratt said his proposal would help alleviate misinformation about criminal gang activity in the community by utilizing an independent body to provide citizens an outlet through which facts about gang activity can be accurately disseminated.

“Violence in our community is going up, and our Gang Unit has not been as effective as it has been in the past,” Pratt said.

During the budget discussion, city Finance Director Derrick Brown gave an update on Federal Emergency Management Agency reimbursements due the city from weather-related disasters in 2017 and 2018. Brown said the city is due to receive $1.3 million in reimbursement funds from January 2017 storms and from Hurricane Irma, which would leave $2 million in funding from FEMA outstanding for those disasters.

Many in the audience showed stunned surprise when Brown noted that the city had so far submitted $17.2 million in reimbursement requests to FEMA in the wake of 2018’s Hurricane Michael, all of which thus far remains outstanding.

“The city has completed its cleanup efforts after Michael, and when the last round of recovery work is tallied, I think you’re going to have around $24 million due,” Brown said. “So far, the city has recouped nothing from the cleanup after the hurricane.”

Ward II Commissioner Matt Fuller asked about a proposed budget increase in the city clerk’s office, and City Manager Sharon Subadan explained that those funds were for the 2020 election and possible runoff that would be held during the current election cycle.