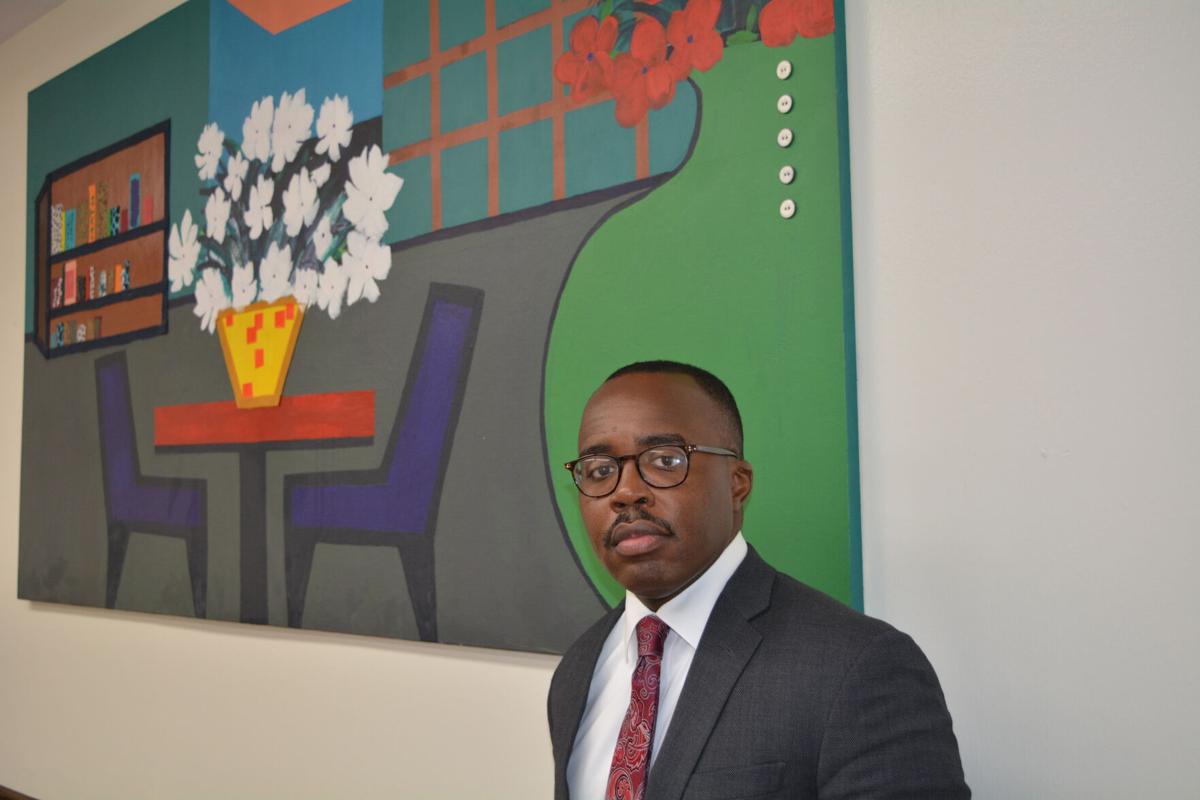 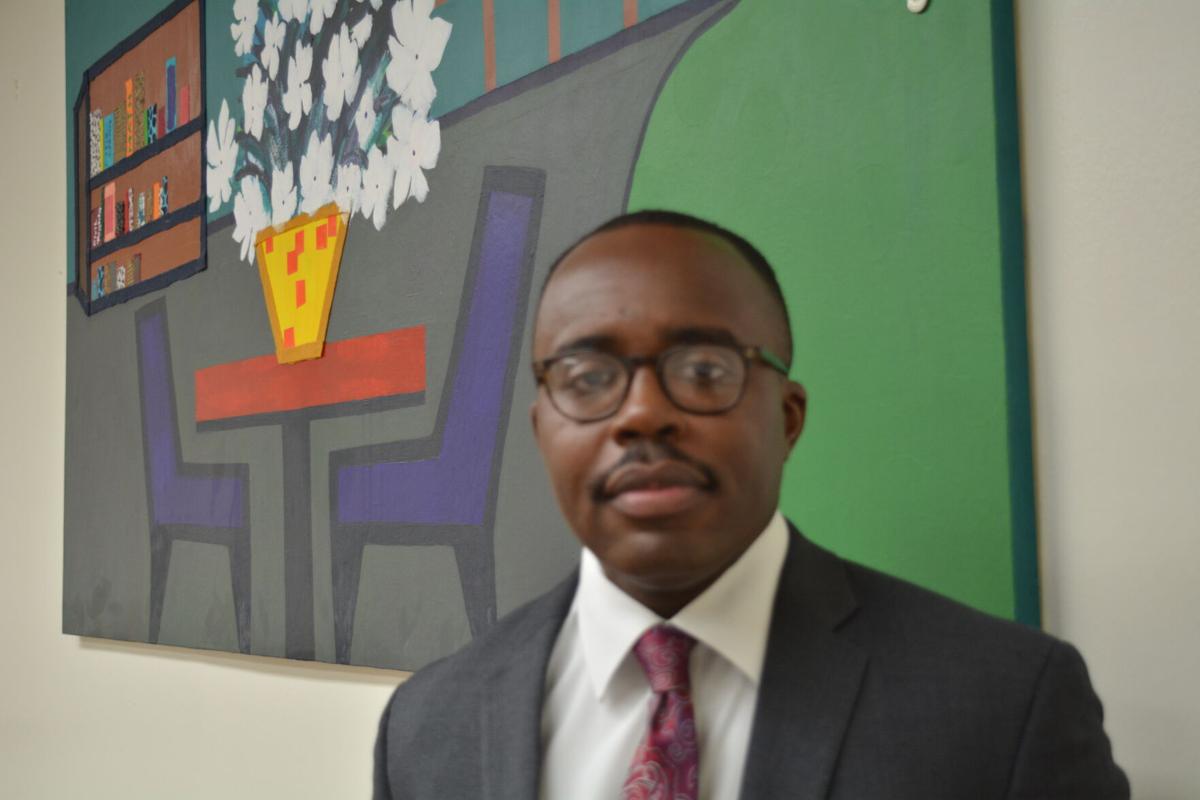 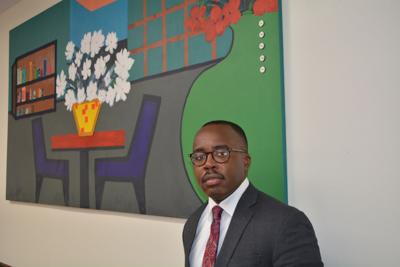 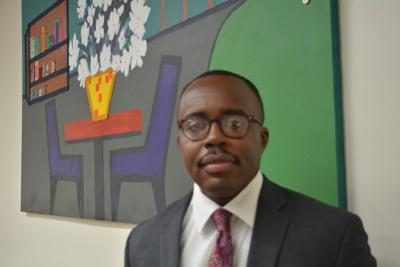 “You hate to use this kind of term,” he says, trying to decide whether to continue with his point.

“OK,” Godfrey says, “I’ll go there. Martin Jones is the perfect plaintiff. He’s one of those young people who has chosen to do things the right way. His only interaction with law enforcement was to exercise his 2nd Amendment right to get a gun permit ... the right way, through the Probate Court, not buying one off the streets.”

Jones, who recently graduated from Kennesaw State University with a degree in mechanical engineering, decided when he turned 21 to buy a gun for protection. His efforts to buy a weapon legally, though, led to a nightmare in which Jones spent 33 hours in jail, accused of a crime he did not commit. And now, even though a warrant taken against him has been dismissed by Chief Judge Baxter Howell in Dougherty County Magistrate Court, the incident of “mistaken identity” continues to haunt and follow Jones as he looks to move on with his life.

On March 18 of 2019, Jones was driving on the Kennesaw State campus and forgot to turn his vehicle lights on. He was stopped by campus police and told to turn on his lights. No big deal. But when Kennesaw police officers ran Jones’ name through the department’s computer, a warrant for his arrest popped up on the screen. Police called Jones and asked him to come by their station to clear up a matter, and he complied gladly.

Jones had nothing to hide.

But because he’d applied for a weapons permit in Dougherty County, his name was automatically registered in the GCIC database. Unfortunately for Jones — full name, Martin Montavious Jones — four other Dougherty County Martin Joneses also were in the computer. One of them had an outstanding warrant for a domestic violence offense, a situation in which that Martin Jones damaged his girlfriend’s residence and her vehicle.

In an unfortunate twist of mistaken identity, Martin Montavious Jones was arrested. He spent 33 hours in the Cobb County Jail, pleading with his mother and grandmother to try and find how such a mistake had been made. Finally, a supervising officer with APD was able to confirm that the wrong Martin Jones had been arrested.

“Imagine the humiliation, the fear, he went through during those 33 hours,” Godfrey said. “Martin is a very passive young man, and you can imagine someone like that having to spend time in a jail, wearing the dress uniform of the jail, knowing you were there for something you didn’t do.”

Godfrey has filed a lawsuit against Tangela Henry, an officer with the Albany Police Department, asking for monetary damages for “false arrest, false imprisonment, for violation of his federal civil rights and rights guaranteed under the laws of Georgia.” Henry was named as the plaintiff because she was “employed with the Albany Police Department, and was acting under the color of law.”

Godfrey said the fallout from his arrest will “keep Martin Jones looking over his shoulder for the rest of his life.”

“I’ve talked with other lawyers, and as far as I can gather this is a new type of litigation,” the Albany attorney said. “Think about Martin’s new reality: He’s riding down any road, and a police officer pulls up behind him. You now have a felony on your record, even though it’s been clearly marked as mistaken identity. Who’s to say this couldn’t happen again?

“And when he’s out looking for a job — and he’s being interviewed for one now — that might take him into a government facility, that arrest is going to show up on his record. I tell all my clients if they’re asked about previous arrests to tell the truth. If someone asks him if he’s ever been arrested for a felony, he has to say ‘Yes.’ And you know how that might go; with some companies, that’s the end of the interview.”

While verifying the facts of the case are “as I remember them,” Albany City Attorney Nathan Davis said Saturday, “The process of discovery will determine if the facts meet the allegations as presented.” Davis is not directly involved in the case; an Atlanta firm is currently handling litigation cases like Jones’ for the city of Albany.

Godfrey, who grew up in Valdosta and attended Valdosta State University before attaining his law degree from the Thomas and Cooley School of Law (now Western Michigan), worked in the Dougherty County Public Defender’s Office after completing his law degree. After five years and a desire to work “in other areas of the law,” Godfrey started his own firm. His office is at 115 Flint Ave. in Albany.

“It’s hard for anyone who hasn’t been in this type of circumstance to imagine the level of pressure that’s on Martin Jones and will be on him from this time on,” Godfrey said.

“He’ll wake up every day knowing there is a new level of scrutiny surrounding him, a demand that he never make any misstep. That’s a lot of pressure on anyone. It’s a shame that this is happening to a young man who has always done things the right way.”