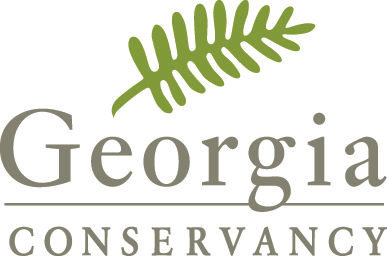 As one of the Georgia Conservancy’s charter members in 1967, Carter’s notable environmental legacy in Georgia and beyond merits celebration by the organization. From his role in preserving the Upper Flint River at Sprewell Bluff, to his establishment of the Georgia Heritage Trust, to his support of significant environmental policy changes and unwavering commitment to our natural resources, Carter has left our lands and water for the better.

“My thoughts on conservation are grounded in a lifelong love of the natural wonders of Georgia and our responsibility to pass on the land, water, and forests in a better condition than we inherited them,” Carter wrote in his acceptance of the Distinguished Conservationist Award. “Growing up on a farm, I understood the protection of the earth was the individuals’ responsibility and that we must carefully manage and enhance nature rather than degrade it. I am proud to have had the opportunity to share these ideals with the Georgia Conservancy.”

Carter’s childhood experience on his family farm in Georgia and early notions of stewardship contributed to a strong environmental ethic, which was expressed during his tenures as state Senator, governor, and president of the United States. That environmental awareness and concern bore fruit in Georgia at Panola Mountain, at Sweetwater Creek, and at Sprewell Bluff, along the Chattahoochee River, in the wild and scenic waters of the Chattooga, and on Ossabaw Island. Georgians today enjoy these places because Carter understood that nature could not take care of itself alone, that environmental advocacy and protection are the responsibility of us all, as are the consequences of neglect.

“Future generations of conservation leaders must remember that we are stewards of a precious gift, which is not an unpleasant duty but rather an exciting challenge,” Carter said. “We must safeguard our land so that our children and grandchildren can enjoy fresh water, clean air, scenic mountains and coasts, fertile agricultural lands, and healthy safe places to live and thrive.”

The 26th annual ecoBenefête was a singular opportunity to honor the legacy of Carter and his extraordinary impact on Georgia, the Georgia Conservancy, and the environment.

Two former Georgia Conservancy Trustees and current members of The Carter Center Board of Councilors, Claire Arnold and Joel Cowan, accepted the award on behalf of Carter in his absence and discussed with the audience his continuing influence on environmental stewardship and their hope for the future of the Georgia Conservancy.

“The collaboration that the Georgia Conservancy has done for many years on issues with disparate parties that are far apart, they have been able to bring them together,” Arnold said. “The Conservancy has played a quiet, collaborative, constructive role, and I think that that has to continue.”

In reaffirming the Georgia Conservancy’s mission to carry forward Carter’s conservationist ideals and continue in that collaborative role, Georgia Conservancy President Bart Gobeil announced a new project aimed at preparing Georgia for an estimated 40% increase in population by 2030.

“I’m proud to announce tonight that we have partnered with our friends at Georgia Tech on an effort to historically review, through advanced GIS mapping, the state’s land coverage and usage for every decade since 1970,” said Gobeil. “This data will provide us with an in-depth overview of how the state’s land use has changed as we have grown in population over the years, and going forward will allow the partnership to create scenarios and variables to help us predict land usage as these 4 million individuals move to our state.

“These scenarios and predictions will provide us with an advocacy and collaboration road map that ensures the next phase of our state’s growth is consistent in a manner that is true to our value statement which demands a Georgia where both people and the environmental thrive.”

Founded in 1967, the Georgia Conservancy is a statewide, nonprofit organization whose mission is to conserve and protect Georgia’s natural resources though advocacy, collaboration and engagement. Learn more at www.georgiaconservancy.org.