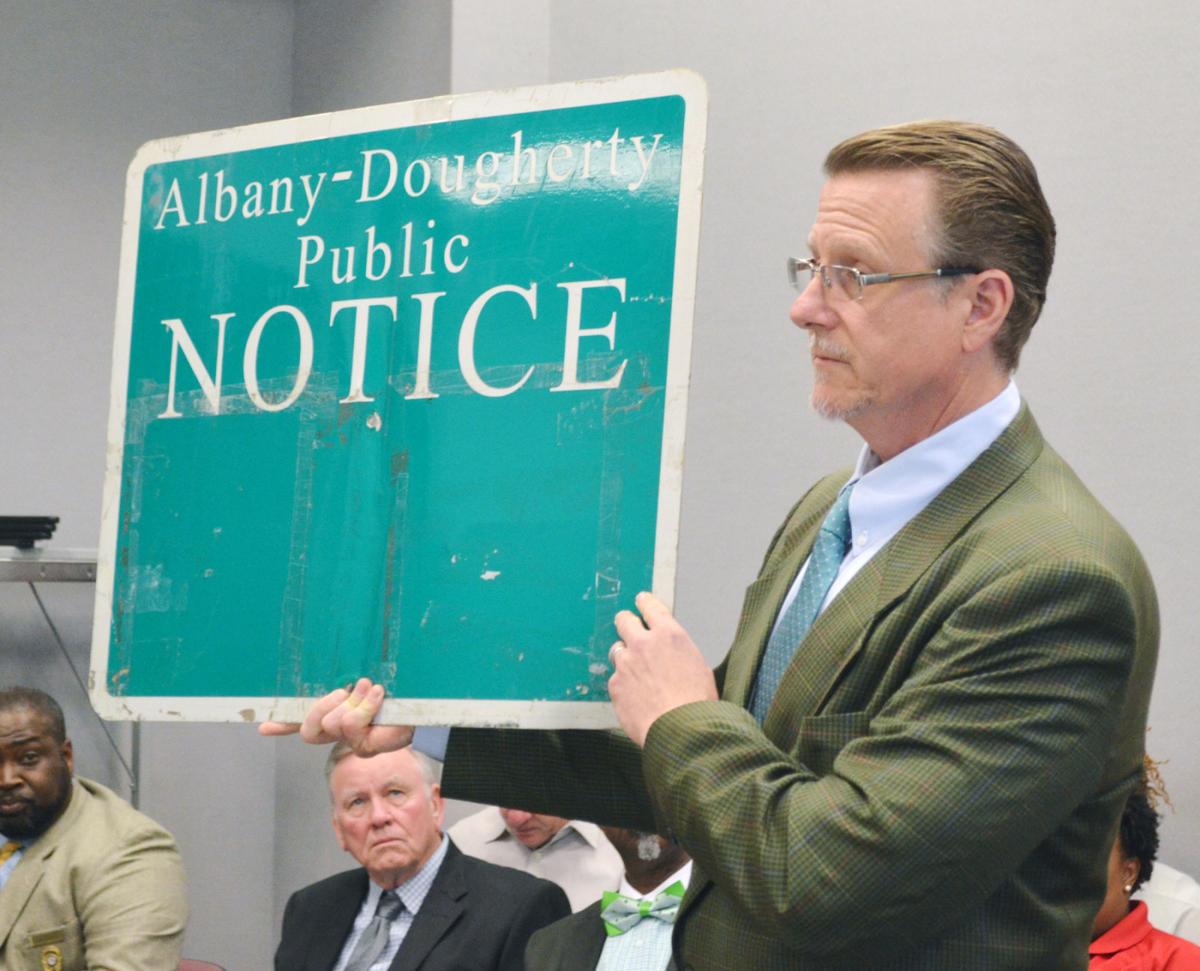 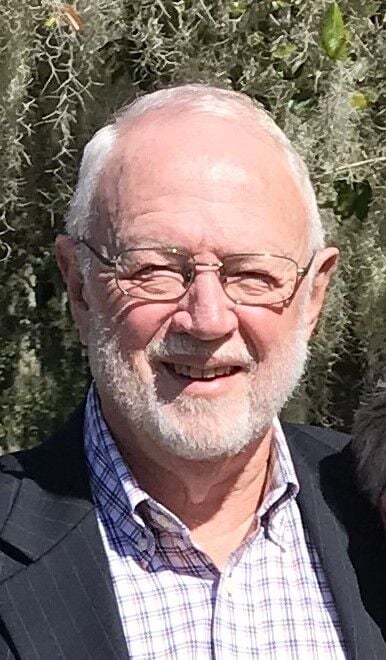 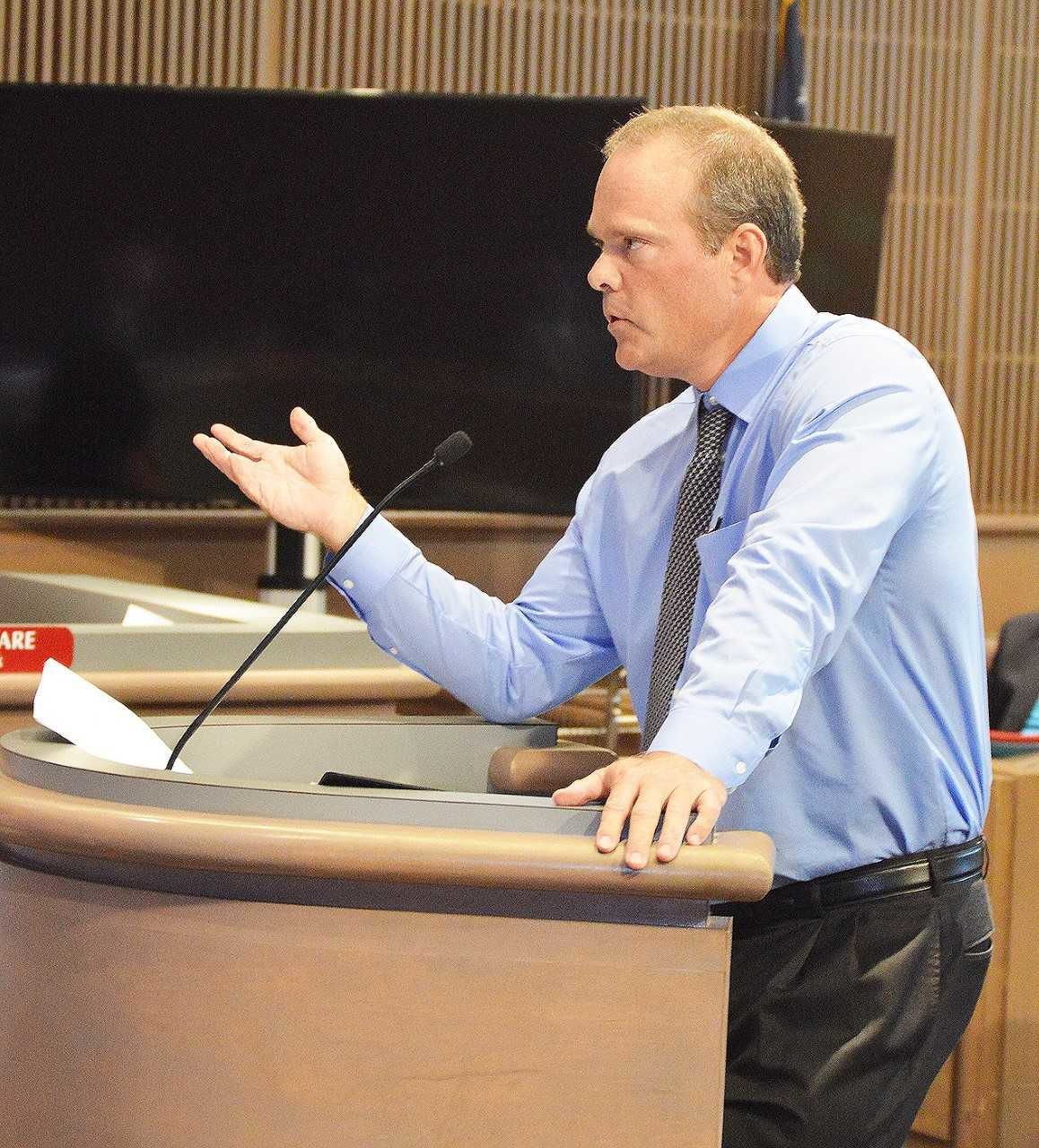 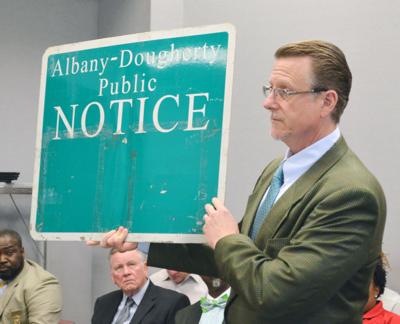 ALBANY — The fate of the proposed rezoning request at 525 Fifth Ave. in Albany that would allow up to eight offenders re-entering society after being released from incarceration now rests with the Albany City Commission after the Albany-Dougherty Planning Commission voted 5-3 to approve the request.

At stake, residents in the historic Rawson Circle district say, are the tranquility, the sanctity and property values of one of the closest-knit neighborhoods in the community.

“We take pride in our neighborhood,” George Buchanan, a Rawson Circle resident for more than 30 years, said. “Our neighborhood is community-oriented, providing luminaries, carriage rides, and Santa during the Christmas season as well as other community projects throughout the year. We work diligently to preserve and protect our historic neighborhood.”

The sanctity — and the safety — of the neighborhood would be challenged, residents say, if the city allows Kathia Collins’ rezoning request to go through. Collins has indicated she wants to turn the property into a residence for offenders who have been released from jail or prison but have nowhere to live. The proposed housing request would be subject to state laws and jurisdiction, Albany-Doughertry Planning Services Director Paul Forgey said Friday.

“Everyone that spoke about the proposed rezoning request (at a Planning Commission meeting Thursday) agreed that this is a worthwhile proposal and is needed in the community,” Forgey said. “But, like pretty much always, their concern was ‘not in my neighborhood.’ Of course, those who supported the measure and eventually sent it to the City Commission with a recommendation that the request be approved asked, ‘If not this neighborhood, which one?’

“I think the ruling of the Planning Commission is based on the fact that this is already a transitional area, not necessarily with commercial businesses — although there are some — but with businesses in residences. And, as one board member pointed out, people in these circumstances often have nowhere to go.”

Julie Miller said it would have made more sense to sell the Fifth Avenue property to a young family as a starter home to fix up.

“This is a very diverse neighborhood; we have residents in all age categories, from senior citizens who’ve lived here a long time to young families,” the Rawson Circle resident said. “The people here don’t want the foot traffic, of residents at the facility knocking on their doors to ask about labor opportunities or cutting through properties as a thoroughfare to downtown or Slappey Drive.

“We’re doing all we can to minimize crime in our neighborhood, and having former offenders staying in the neighborhood is not something that will help in that respect.”

Will Geer, who has a residence and a business in the neighborhood, said this latest effort has become typical of Albany officials.

“They do this over and over,” he said. “The development group that doesn’t have skin in the game buys up properties like this for pennies on the dollar; the city virtually gives it away. I’ve seen it happen personally when I bought a property in an area where the city bought adjoining houses and sold them for $25,000-$30,000. I have challenged the tax office because they value the property I bought at $80,000, $90,000, even though houses next door sold for a third of that.

“And the case of this house on Fifth: If the city had advertised that it was for sale, I would love to have had an opportunity to bid on it. But I think they said the owner (Collins) had an option to buy. I don’t know about that.”

City Manager Sharon Subadan said earlier this week that the owner did exercise that option.

Forgey said that while some housing proposals like this fall under the auspices of the Fair Housing Act, which prohibits discriminatory actions against certain sectors of the population, the proposal put forth by Collins is not for a “protected” group, such as race, religion, national origin.

“Our attorney, Nathan Davis has said there is no Fair Housing Act issue that would come into play in this case,” Forgey said. “So the City Commission has the authority to make a decision, as they often have, based on the ‘sanctity’ of a neighborhood.”

Forgey also said the application for the proposal submitted by Collins limits the number of former offenders that might be housed at the facility to eight.

“She listed the property with five bedrooms, and while I don’t speak for the state or quote state regulations, I don’t believe the state allows residents to ‘double up’ in circumstances like this,” he said. “But they will have to meet state specifications to get approval for operation.”

“I wasn’t surprised by the vote of the Planning Commission; I could tell by the attention the five members who voted to approve the rezoning request gave when I was talking at the Planning meeting that they’d already made up their minds,” Buchanan said. “I hope, though, that our commissioners will do what they have to do to protect this historic neighborhood that is one of the good things about this community.”