The Westover High School Chorus entertains a large crowd before the start of the 2018 Albany Christmas Parade. This year’s parade — and Christmas Village — is scheduled Dec. 7. 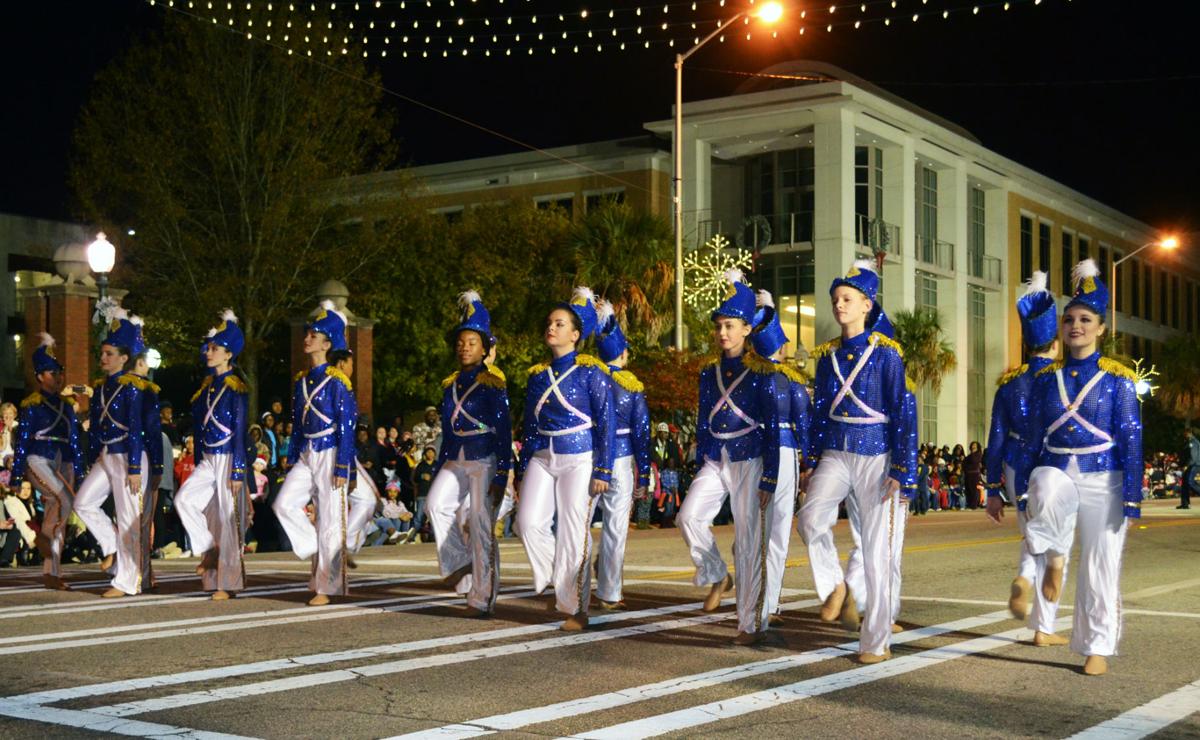 Dancers with the Murphy Dance Studio in Albany open the 2018 Celebration of Lights Christmas parade in downtown Albany.

The Westover High School Chorus entertains a large crowd before the start of the 2018 Albany Christmas Parade. This year’s parade — and Christmas Village — is scheduled Dec. 7. 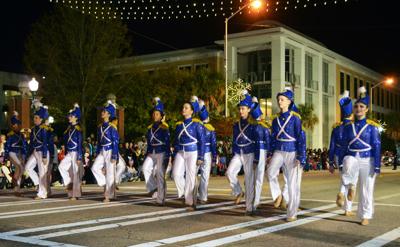 Dancers with the Murphy Dance Studio in Albany open the 2018 Celebration of Lights Christmas parade in downtown Albany.

ALBANY – Albany will have A Story Book Christmas on Dec. 7 with the arrival of Santa Claus, the annual holiday parade, a videogame truck among many vendors, and a new feature this year: an ice skating rink set up for the downtown festivities.

The activities kick off at 4 p.m., in the Christmas Village on the 100 block of Pine Avenue.

“This is just something different,” Downtown Manager Lequrica Gaskins said. “Ice skating has become a new niche, and it’s a fun way to get families to come out together. The ice rink is free to the public from 4-9 p.m.

The parade is expected to feature its usual 80 to 100 entrants, Gaskins said, and will feature local bands and dance groups as well as Albany State University’s marching band.

The parade kicks off at 6 p.m. and will wind its way through the downtown area.

The theme of the celebration was selected over the summer. Children in camps chose 20 names and took a vote, and A Story Book Christmas came out on top.

“We wanted our children to participate in what our theme was,” Gaskins said.

Another first this year is that parade entrants can sign up and pay online, as can vendors.

“We’re encouraging people to sign up for the parade,” Gaskins said. “We want to invite the clubs, the churches, the business owners to register to be a part of the parade. We’re inviting the schools to come provide some of the entertainment.

“You name it, we want them to be a part of this great community celebration.”

Local talent and a DJ will provide entertainment in the Christmas Village from 4-4:45 p.m., and will continue during the parade pre-show from 5-5:45 p.m., during which time children can meet familiar characters including Spider Man, the Grinch, the Red Queen from “Alice in Wonderland,” and Elsa from “Frozen.”

During the lighting of the tree ceremony at 5:45 p.m., the city will honor Bennett Jones. Jones was born with a heart condition. The 8-year-old Lee County boy died Sept. 4 at St. Louis Children’s Hospital in St. Louis on the day of his heart transplant surgery.

Jones’ brother and sister will participate in the lighting of the tree, Gaskins said.

The parade runs from 6-8 p.m., and children can meet and have their pictures taken with Santa and Mrs. Claus from 8-9 p.m., during which time more live entertainment will be featured.

For the older children there will be a gaming bus.

“We were thinking about the teenagers,” said Gaskins, who added that space is available for more vendors.

“If there are any vendors, arts and crafts, food, retail, we’re asking them to come help us celebrate the 29th Christmas celebration,” she said.

Some downtown businesses will stay open late that night to allow those who are in the area the opportunity to do some shopping.

A lot has changed since China's SARS outbreak 17 years ago. But some things haven't