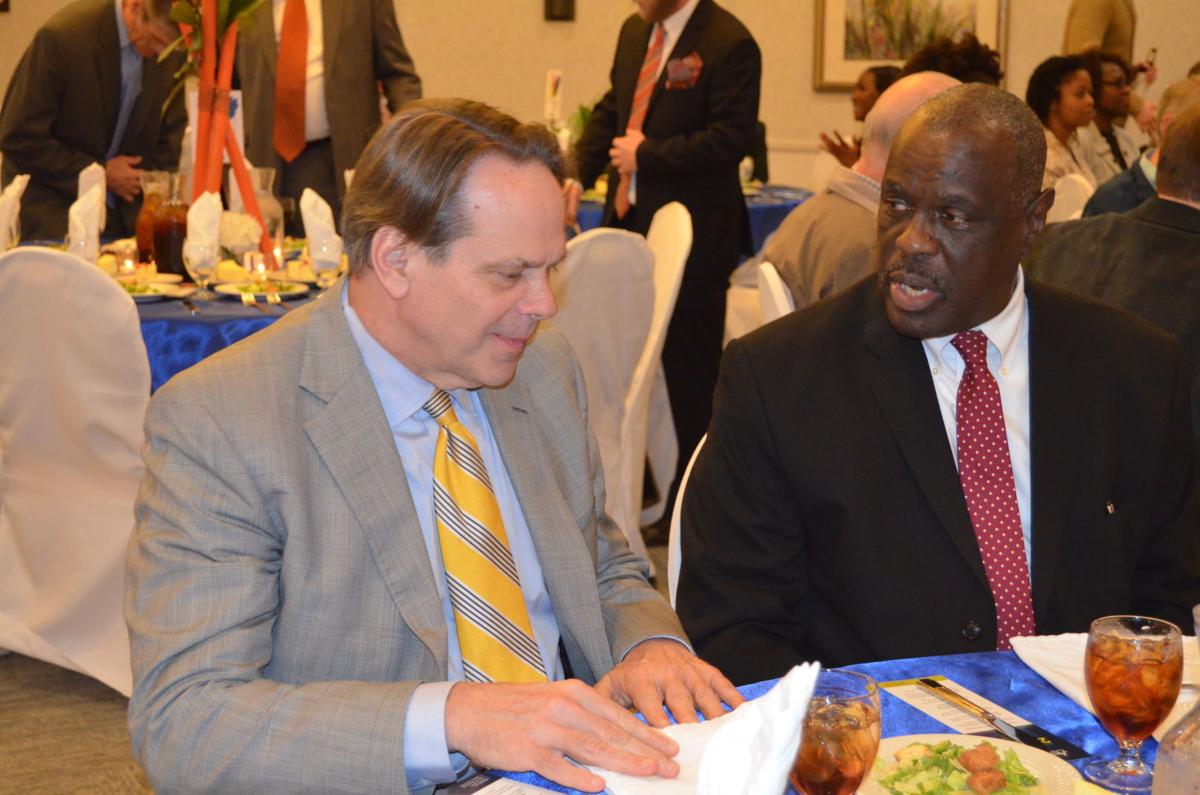 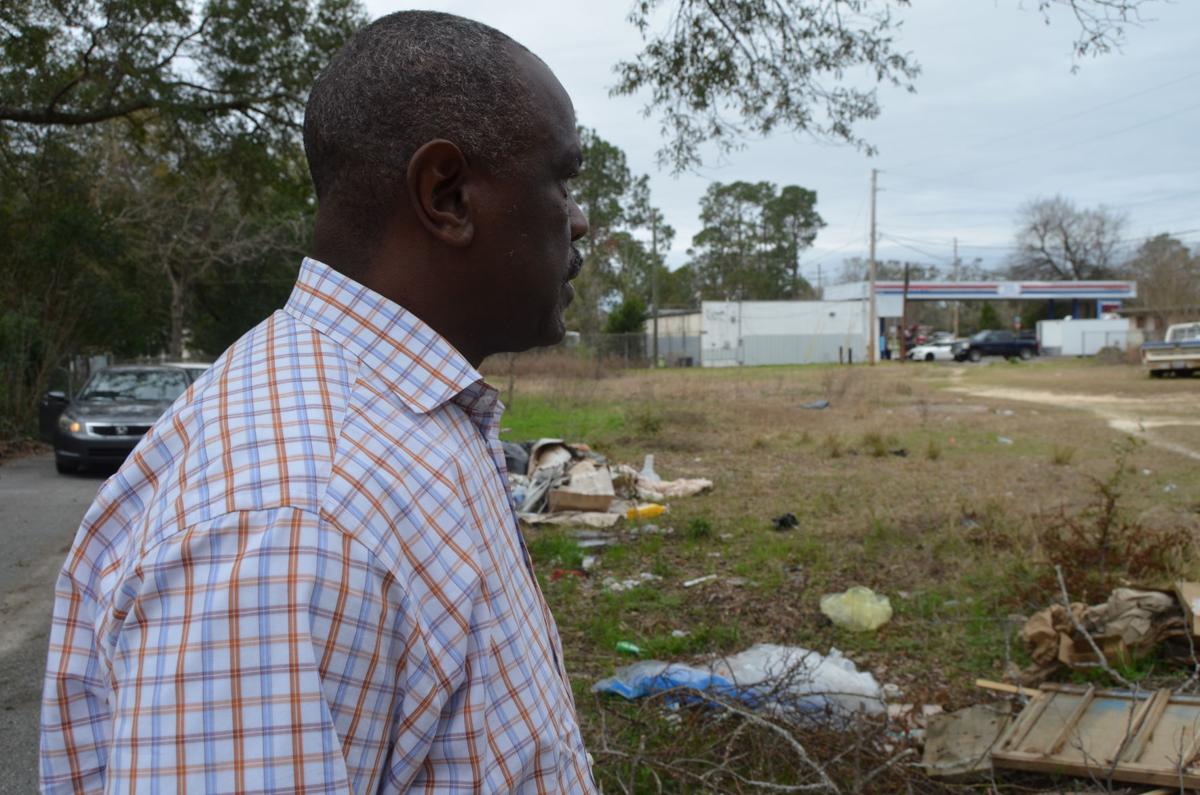 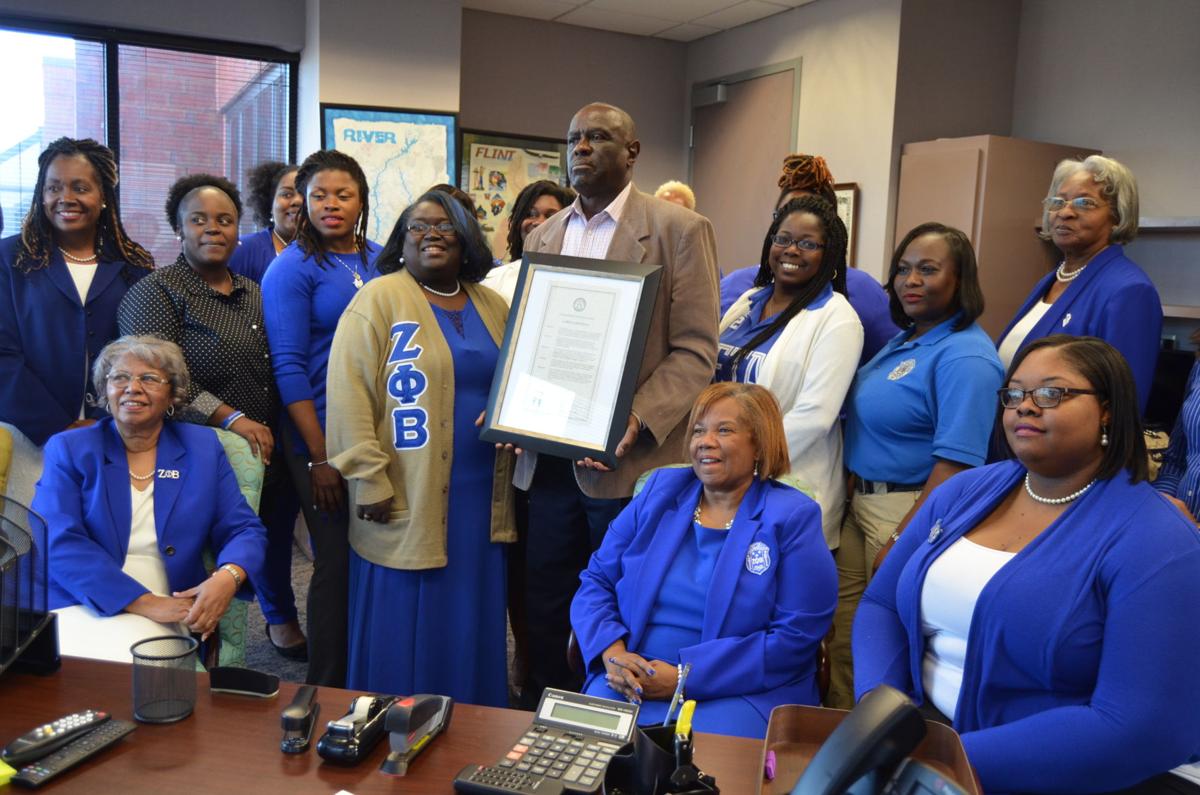 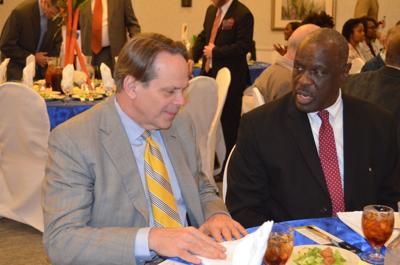 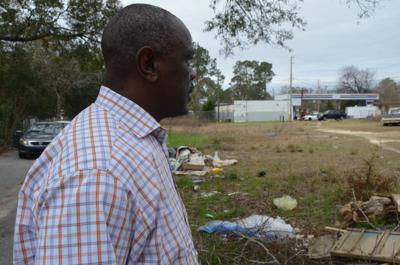 ALBANY — In 1994, the world was introduced in movies to a simple man from Mississippi who met presidents and founded the Bubba Gump shrimp business; Nancy Kerrigan was sidelined by a rival in women’s ice skating, and South Africa elected its first black president.

Closer to home, Ward I Albany City Commissioner Jon Howard entered office in January of that year after making his first stab at politics for a seat in which an incumbent was seeking re-election.

While Tom Hanks has moved on to play Fred Rogers, Kerrigan is retired from Olympic skating and Nelson Mandela is departed, Howard is a mainstay in the commission ward that represents east Albany. Research by city workers indicates that he is the longest-serving commissioner in the city’s history, Howard said.

Howard won that 1993 race after squeaking into the runoff election against the incumbent, Bill Miller.

“I was the second-highest vote-getter” in the general election, Howard said. “The third-highest person, I had four more votes than he did. That’s how I was able to come in and defeat the incumbent by 16 votes.

“That was a shocker because some of the members on the (Albany-Dougherty County Joint) Board of Elections said that was the closest race they’d ever witnessed in Dougherty County.”

Since that time, Howard has rarely drawn a challenger and has won handily when he did. In his last contested election in 2007, Howard easily won against his challenger with 922 votes to 183.

Howard, who was born in the Tallahassee area, became interested in politics as a child after hearing stories of how some of his older relatives had been treated in a case where their land was condemned by the government because it lay along the path of the expansion of U.S. Interstate Highway 10 west of the city. The relatives refused an initial offer and eventually received only pennies on the dollar for the value of the property, he said.

“Being naive, hearing my parents and relatives talk about it, I said when I get old enough I’m going to run for governor of Florida,” said Howard, whose family moved to Albany in the late 1960s when he was 15 years old.

Howard never sought the governor’s office in Florida, but he was encouraged to keep informed. He saw Julian Bond at Albany State College and missed an appearance by Shirley Chisholm, the first black woman to run for president, because he was late.

Bond was one of the founders of the Student Nonviolent Coordinating Committee, which worked in the 1960s to open up segregated public accommodations such as lunch counters and transportation and to register black people to vote. He later served in the Georgia House of Representatives and Senate.

Howard said adults instilled in him the importance of knowing what was going on around him.

“We were poor, but my parents had pride, and there was a former teacher that instilled in us we should keep abreast and keep informed of issues not only locally but around the world,” he said. “She implored all her students to excel and be informed on local issues and issues all over the world.

“(Bond) said when he first decided to run for office, he was not allowed to run because blacks were not allowed to run. I do remember her (Chisholm’s) platform that was in the paper the next day: She was ‘unbought and unbiased.’”

“The press gave him a snowball’s chance because he was an outsider and from southwest Georgia, but he prevailed,” Howard said of Carter. “After he won, since I was a resident of east Albany, several other like-minded folks committed to register people to vote.”

Later, the late Mary Young-Cummings successfully challenged the city’s at-large voting system. That led to the creation of the ward system and blacks gaining more political power in the city, Howard said.

These days, Howard is passionate about several issues. These include cleaning up blight and dilapidated structures in the city, improving the health of residents, many of whom have little or no access to supermarkets that sell healthy food, and mental health.

He often brings up the issues of food deserts — neighborhoods where there are no grocery stores within several miles — and the impact of residents picking up food at convenience and dollar stores, where the available selections often are high in sugar, fat and salt content.

“The problem I have with the dollar stores ... and a lot of customers will tell you it’s convenient,” he said. “The medical field will tell you about processed meat, hot dogs, bologna, potato chips, the high amount of sodium.

Howard said he hopes that Mayor Bo Dorough, sworn in earlier this month, will make health issues a priority.

“We have got to address these health issues in this community,” said Howard, who is on a Phoebe Putney Memorial Hospital advisory committee. The number of area residents on kidney dialysis points to the crisis, he said, and the statistics are particularly dreadful in zip codes 31701 and 31705, which includes residents of his east Albany ward.

“That’s where 80 percent of black people stay, those two zip codes,” he said, noting, though, that the health issues like diabetes and kidney failure affect people of all races. “When you look at the data sheet, it will tell you we need to have more awareness. I would ask the mayor to put forward a comprehensive strategic plan.”

Howard also would like to see a group comprising all segments of the community convened to address health and crime issues. Economic development also is needed, he said, as people who are employed with good jobs have an incentive to avoid crime and drugs.

Howard, who is the commission’s 2020 mayor pro tem, said he is not sure what his political future holds. He said he hopes he has made a positive difference in the city where he spent most of his life.

“I want to say, if it’s God’s will, when I retire from politics that I have made a difference and I have encouraged some individuals to carry the torch forward and at the same time to engage and to be informed and educated of the political process,” he said. “I think the future will be, if Albany is going to reclaim the (title) of the Good Life City, everybody has got to be involved in that, people of diversified backgrounds and all nationalities.”

Tornadoes touch down in Alabama and Mississippi