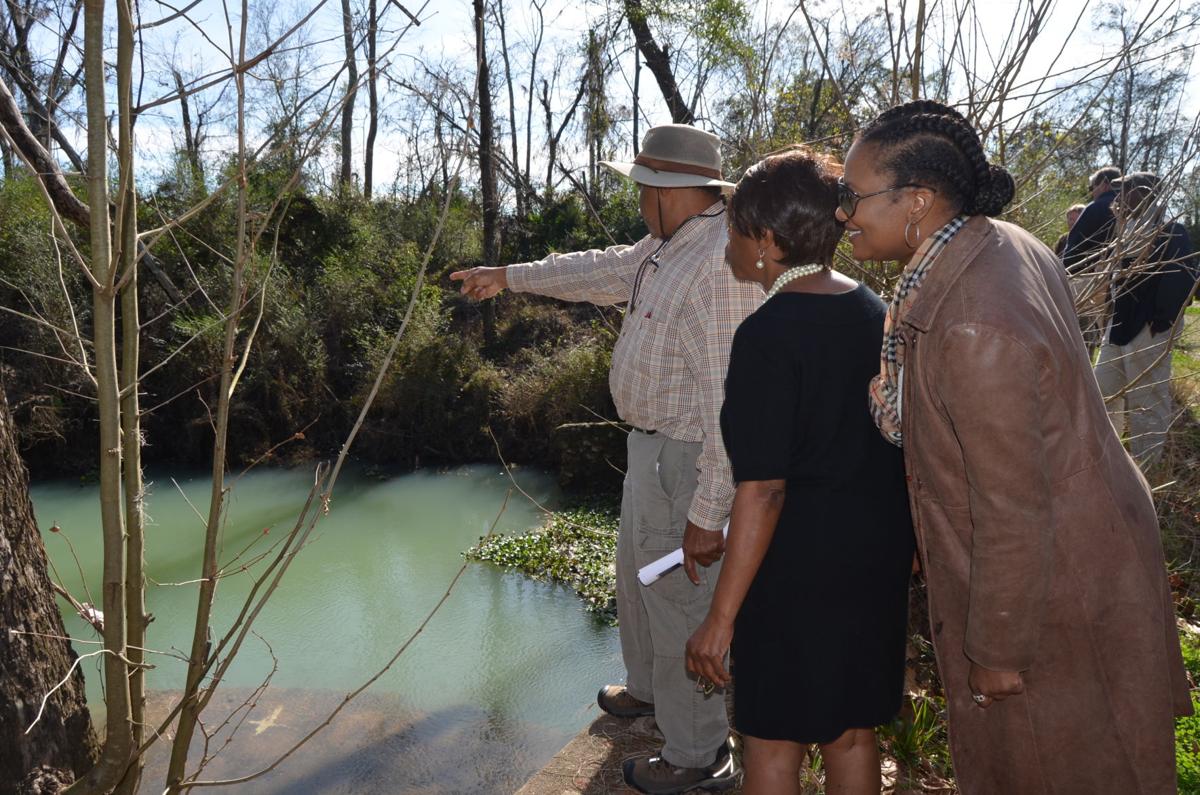 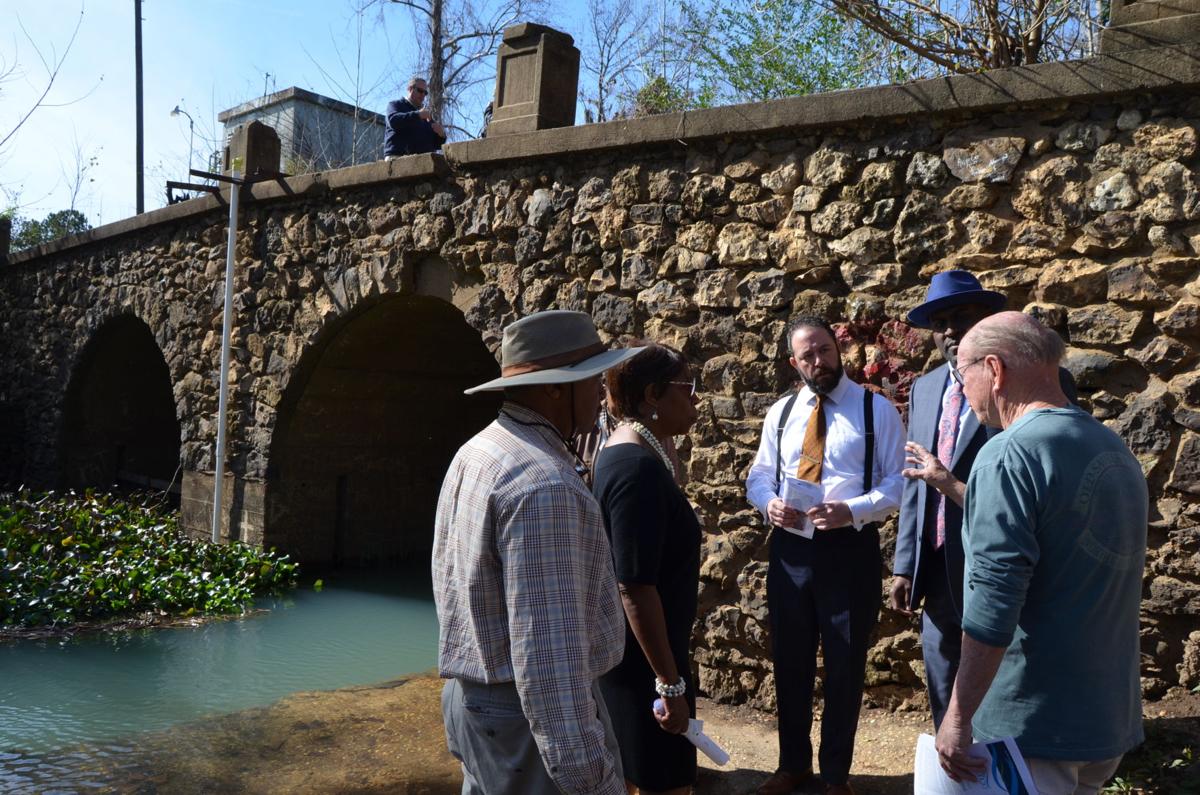 The historic bridge near Radium Springs stands at the point where Skywater Creek and the Flint River meet. 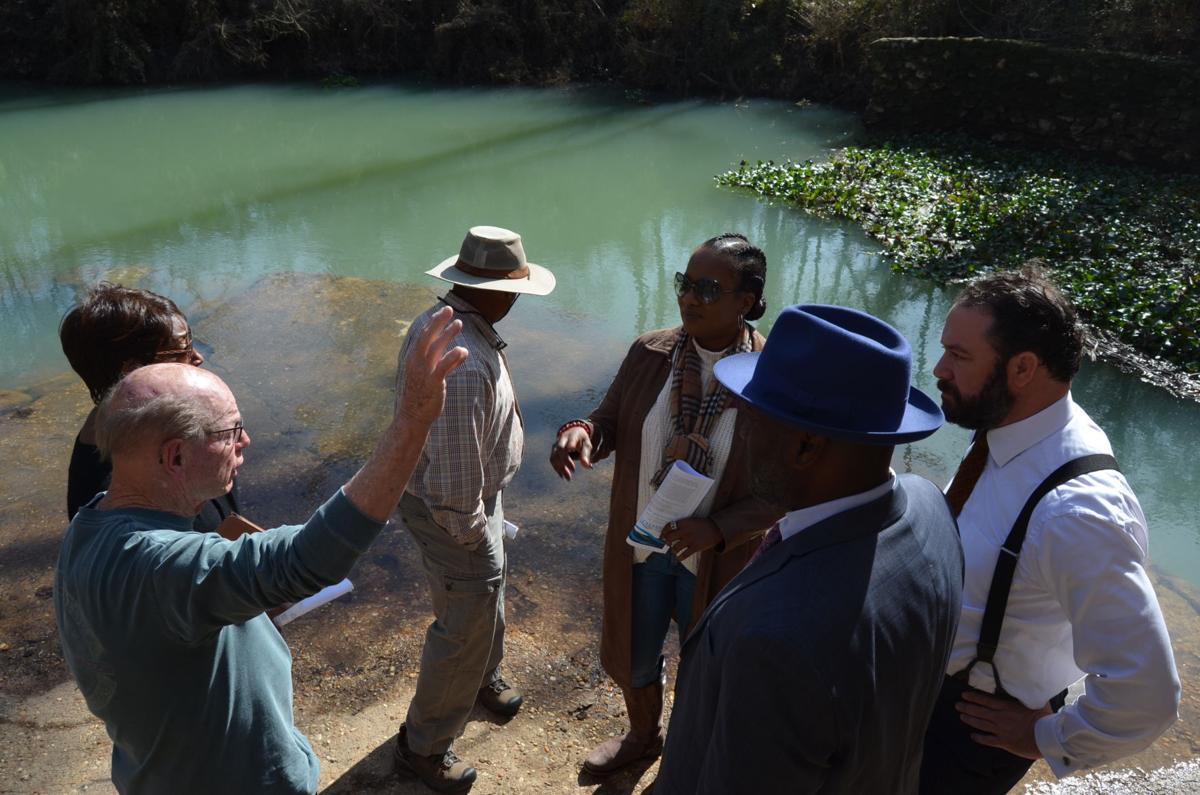 Dougherty County officials met with state lawmakers to request help in restoring the bridge adjacent to a trailhead project at the former Radium Springs Golf Course. 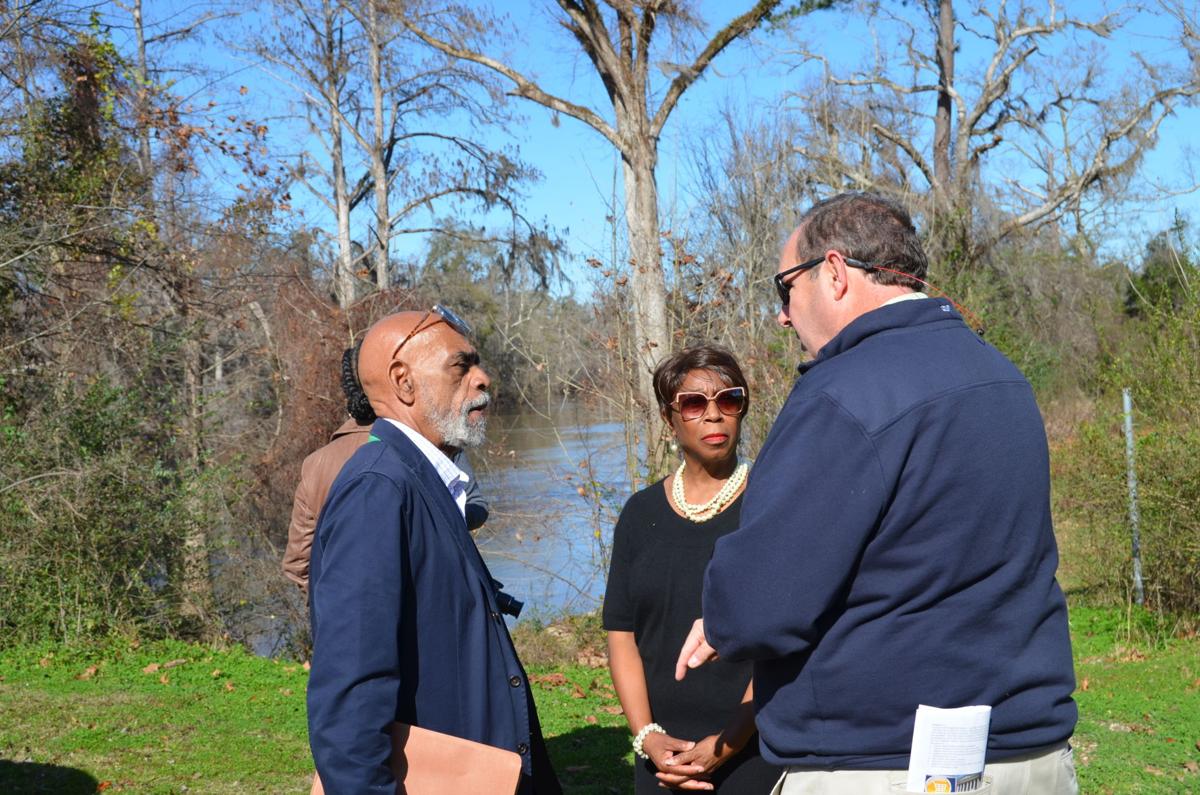 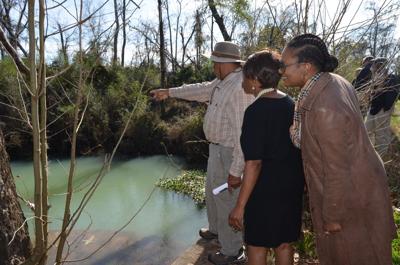 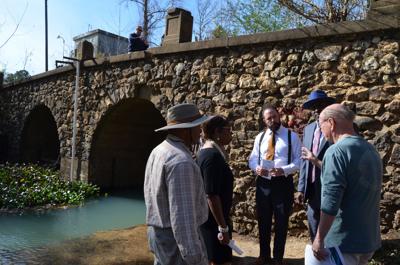 The historic bridge near Radium Springs stands at the point where Skywater Creek and the Flint River meet.

Dougherty County officials met with state lawmakers to request help in restoring the bridge adjacent to a trailhead project at the former Radium Springs Golf Course.

ALBANY — Dougherty County elected officials hosted area lawmakers on Tuesday, making the pitch that the jewel that is Radium Springs needs state money to put a polish on the stone.

Dougherty County Commission Chairman Chris Cohilas and Commissioners Victor Edwards, Russell Gray and Anthony Jones were among the local delegation that gave the lawmakers a tour of the bridge. The site is adjacent to a trailhead under development at a former golf course on land owned by the county. The bridge is on property owned by the state, as is the blue hole and the majority of land around it.

The county has started the development of a trail that eventually will link to downtown Albany. A separate project would extend the trail system from Albany to Sasser.

County Administrator Michael McCoy told the legislators that the county has invested in the area, acquiring land and improving infrastructure, including $2.5 million in roads, using sales tax money

On Monday, county commissioners approved the first of three phases of development in the area. That project includes restrooms at the trailhead, which was where officials gathered before heading to the bridge on Tuesday.

“Dougherty County is putting its money on the other side,” County Attorney Spencer Lee said “We’re asking the state to put its money here on (Department of Natural Resources) property.”

The area is one that draws people from around the state and country, Cohilas said.

“Radium Springs is the most Googled word for Dougherty County for tourism,” he said. “This is one of the seven natural wonders of Georgia.

“We’re dedicating millions from SPLOST and T-SPLOST. We put in a road system with wider roads, a walking trail. It’s not like we’re just asking, asking.”

Sims said she was struck by the beauty of the area, on which the bridge is flanked on one side by the Flint River and on the other by the blue spring water. She said she plans to present the proposal for funding and enlist other area lawmakers to help push for funding.

“It is absolutely fascinating,” she said. “It is almost mystical. It’s very peaceful, calming and kind of spiritual, too.”

Sims said she also was impressed by the concept of linking the city and county together through the trail.

“It connects all the communities,” she said. “It will become a part of the cultural and recreational life for the city and county.”

Hopson said she also was impressed by the scene, after Jones pointed out an alligator submerged in the blue water.

“This is absolutely breathtaking,” the state representative said. “The important thing for me is I love being outdoors and I love nature.”