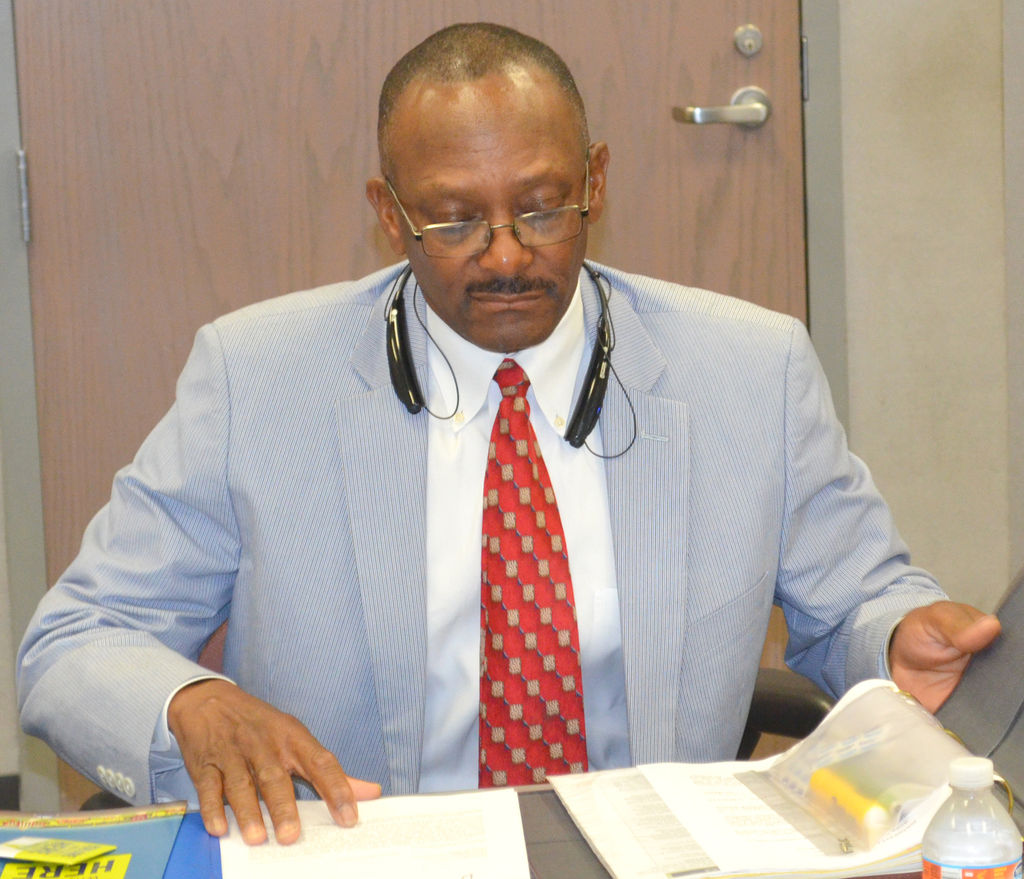 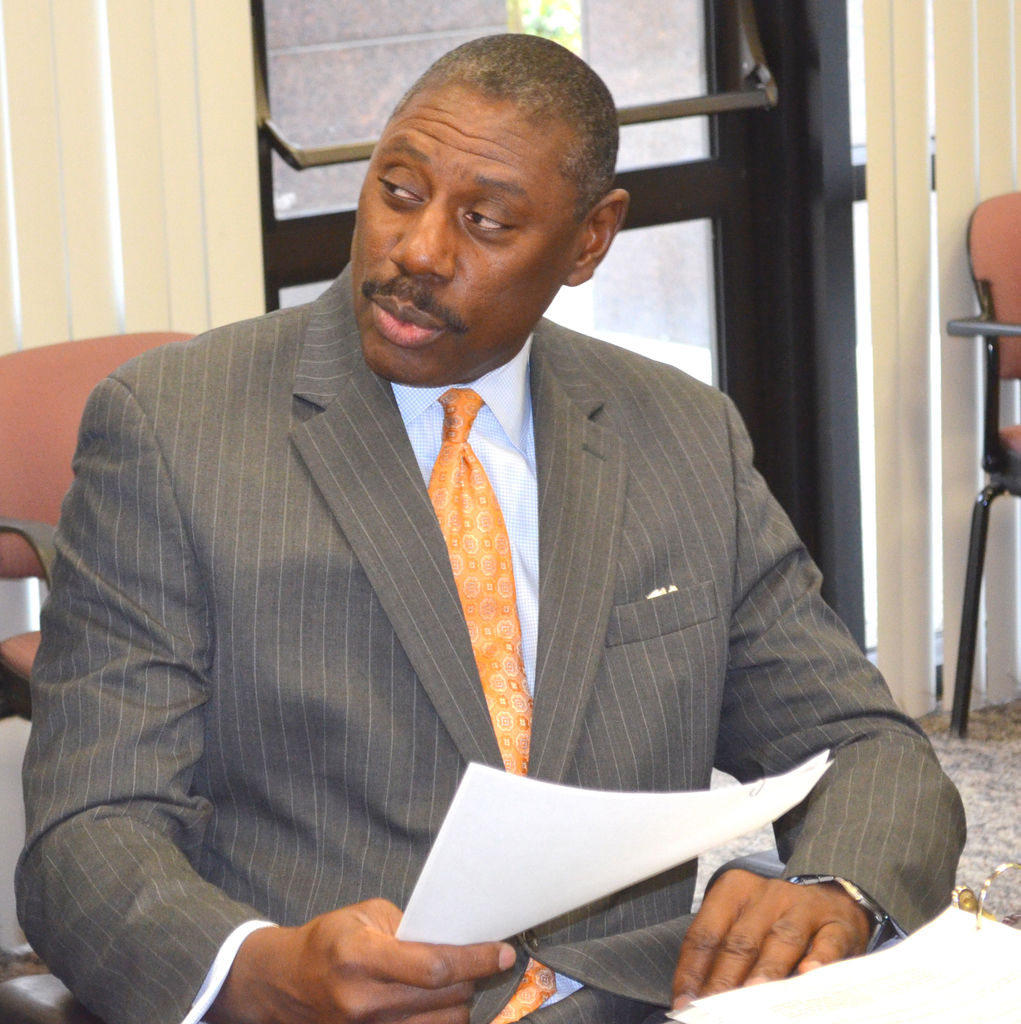 District 2 Dougherty County Commissioner John Hayes said Monday the commission must continue to fight with county residents over issues associated with a natural gas pipeline that will come through part of the county. (Staff Photo: Carlton Fletcher) 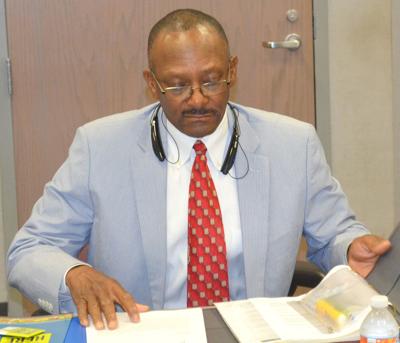 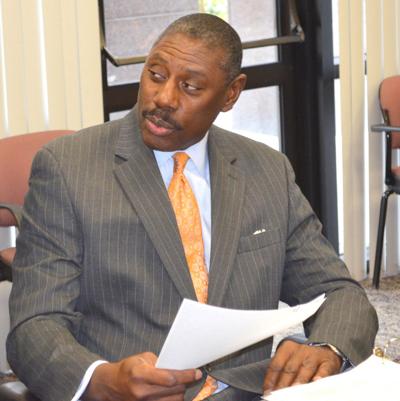 District 2 Dougherty County Commissioner John Hayes said Monday the commission must continue to fight with county residents over issues associated with a natural gas pipeline that will come through part of the county. (Staff Photo: Carlton Fletcher)

ALBANY — Bowing to what County Attorney Spencer Lee assured them was the inevitable, Dougherty County commissioners agreed Monday morning to a settlement of $10,000 with Sabal Trail Transmissions that will grant the natural gas company an easement to take its Alabama-to-Florida pipeline under the Percosin Canal in the southwest portion of the county.

Lee said Sabal Trail, the Houston-based energy company that has been granted federal approval to build a 465-mile, $3.2 billion pipeline to supply natural gas in north Florida, had filed eminent domain proceedings in federal court Friday that would, without a doubt, succeed.

“If we don’t reach this agreement today, our only recourse will be to fight them in federal court,” Lee told commissioners after they emerged from an hour-and-a-half-long executive session to discuss the matter. “And the only thing we’ll be able to fight them over is the value of the land.

“Through the natural gas act, they have the right to condemn property for the good of a community and offer fair market value to the owner of the land. We cannot stop the condemnation. The only thing we can do is litigate the value of the property.”

Sabal Trail had made a “final offer” of $3,001 for .14 acre of land that would allow the company to bore under the canal that is used as part of the county’s flood control system. In making the $3,001 offer at last week’s commission work session, Sabal Trail officials said their appraisal of the land indicated its value is $600. But after District 5 Commissioner Harry James argued the safety of the company’s proposed work on the property, Lee engaged Sabal Trail legal counsel in negotiations.

“In addition to a price of $10,000 for the property, Sabal Trail will also provide a $5 million insurance policy on that property that will protect the county and its taxpayers,” Commission Chairman Chris Cohilas said. “From what I understand, that’s not something they typically do.”

During discussion of the proposal, Cohilas asked Lee if the insurance coverage would “go away” if the county challenged Sabal Trail.

“Yes, we would only be allowed to argue the value of the property if we go to court,” Lee said.

After the meeting, Cohilas said the negotiations were more about protecting county taxpayers than the $10,000 price of the easement.

“From my perspective, the important issue was the insurance coverage, much more so than the $10,000,” the commission chairman said. “That $5 million policy will serve as a buffer for our taxpayers.”

James, who engaged Sabal Trail officials in a detailed discussion about their proposed work on the county-owned land at last week’s commission work meeting, was the lone member of the commission to vote against the settlement. He said after the meeting his vote was not a symbolic gesture.

“Inevitably, we were not going to be able to stop Sabal Trail on taking this land,” he said. “And, I must say, they definitely addressed some of the issues we brought up last week. Their load calculations show that they will use concrete with a PSI twice that needed for any piece of equipment we might put on that property (during routine maintenance), and they are going to encase that entire .14 acres in concrete.

“Plus, the $5 million insurance policy is going to protect our citizens. But because they demanded that we make this decision today or face eminent domain proceedings, we have no assurance that they won’t cancel that insurance policy after six months or a year.”

Still, commissioners said they were out of options in dealing with the energy giant.

“We’ve gone the last mile and fought the good fight,” District 6 Commissioner Anthony Jones said. “Anything we try to do here today to prevent this pipeline from happening would be grandstanding. We cannot stop this pipeline. But we have fought to protect the safety of our citizens, and we can be proud of that.”

After asking for assurance from Lee that the county was out of options — which he got — District 2 Commissioner John Hayes said county officials must remain vigilant in monitoring citizen concerns as construction of the pipeline begins.

“If we’re at a point where we can’t prevent Sabal Trail from taking possession of this property, I don’t want us to engage in an exercise of futility,” Hayes said. “But I feel that we must join our citizens in continuing any fight they might have against future issues.”

Lee and County Administrator Richard Crowdis said after the vote that Sabal Trail officials had indicated there are a number of community benefits the company is considering, including the possible location of two distribution taps in the county.

“Each is worth $250,000, and the Municipal Gas Authority of Georgia (of which the Albany Utility Board is a member) will be able to utilize those taps to deliver gas,” Lee said. “They’ve agreed to put one in east Albany, and now they’re in discussions to locate another in west Albany.”