OK
You are the owner of this article.
Edit Article Add New Article
You have permission to edit this article.
Edit
Home
News
Sports
Opinion
Features
Community
Classifieds
Multimedia
Obituaries
e-Edition
Help
1 of 4 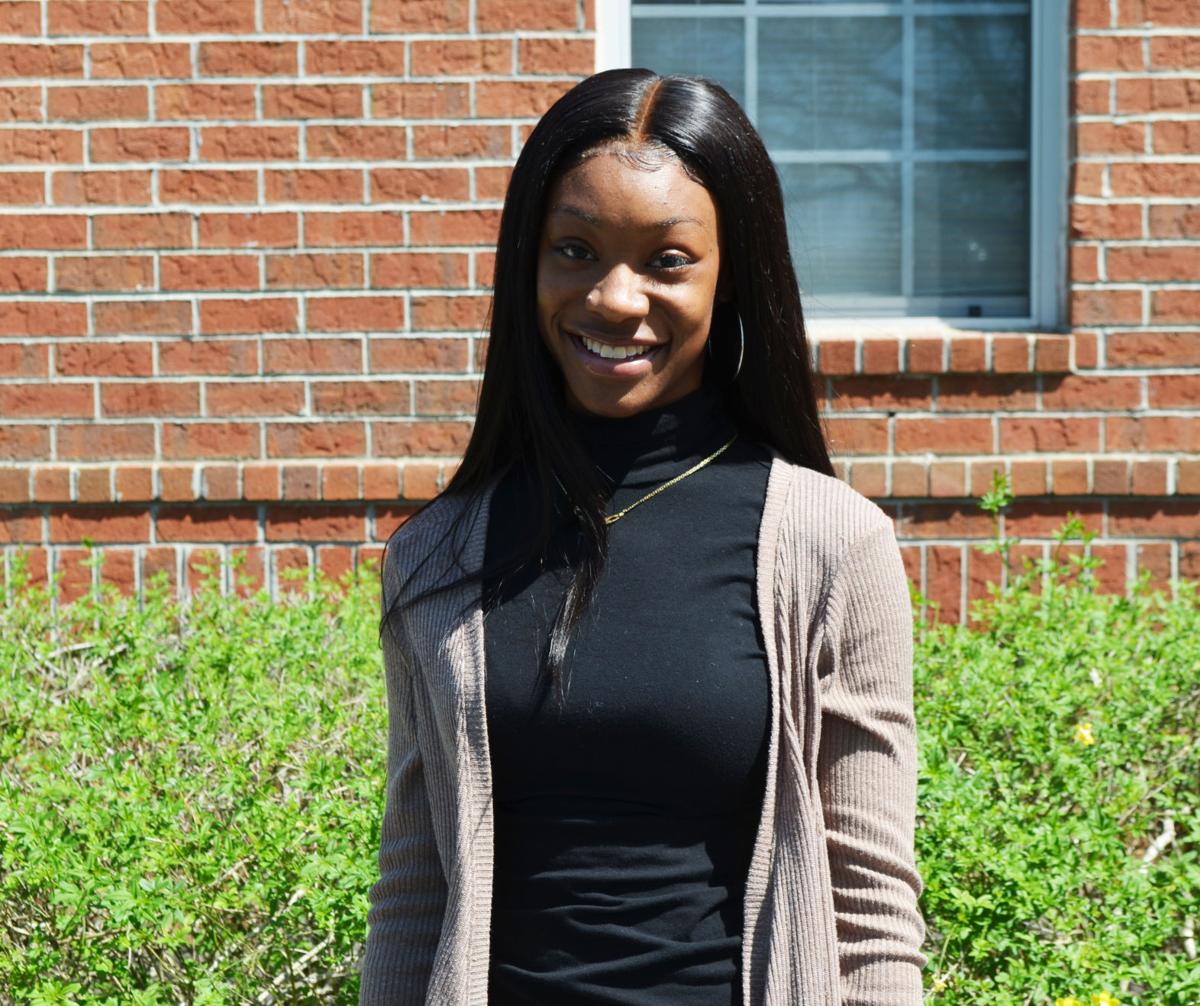 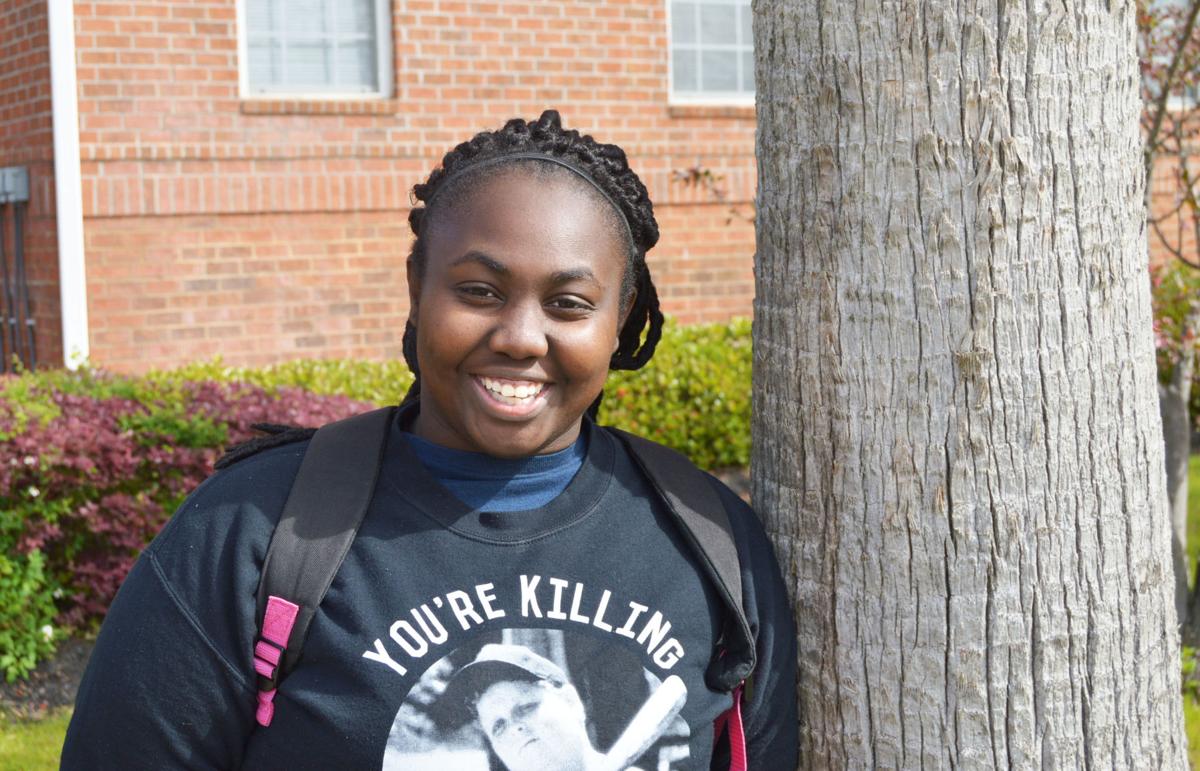 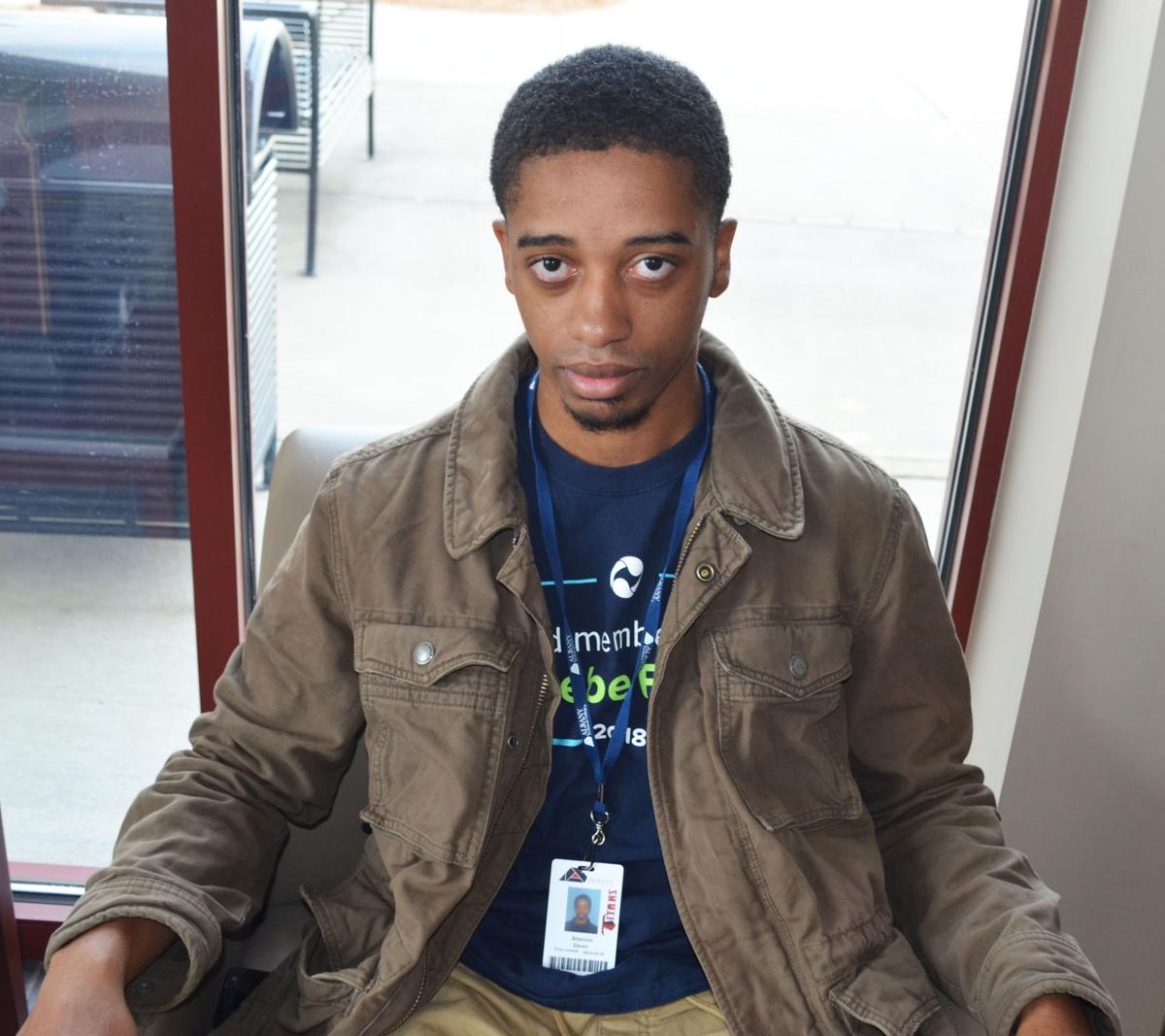 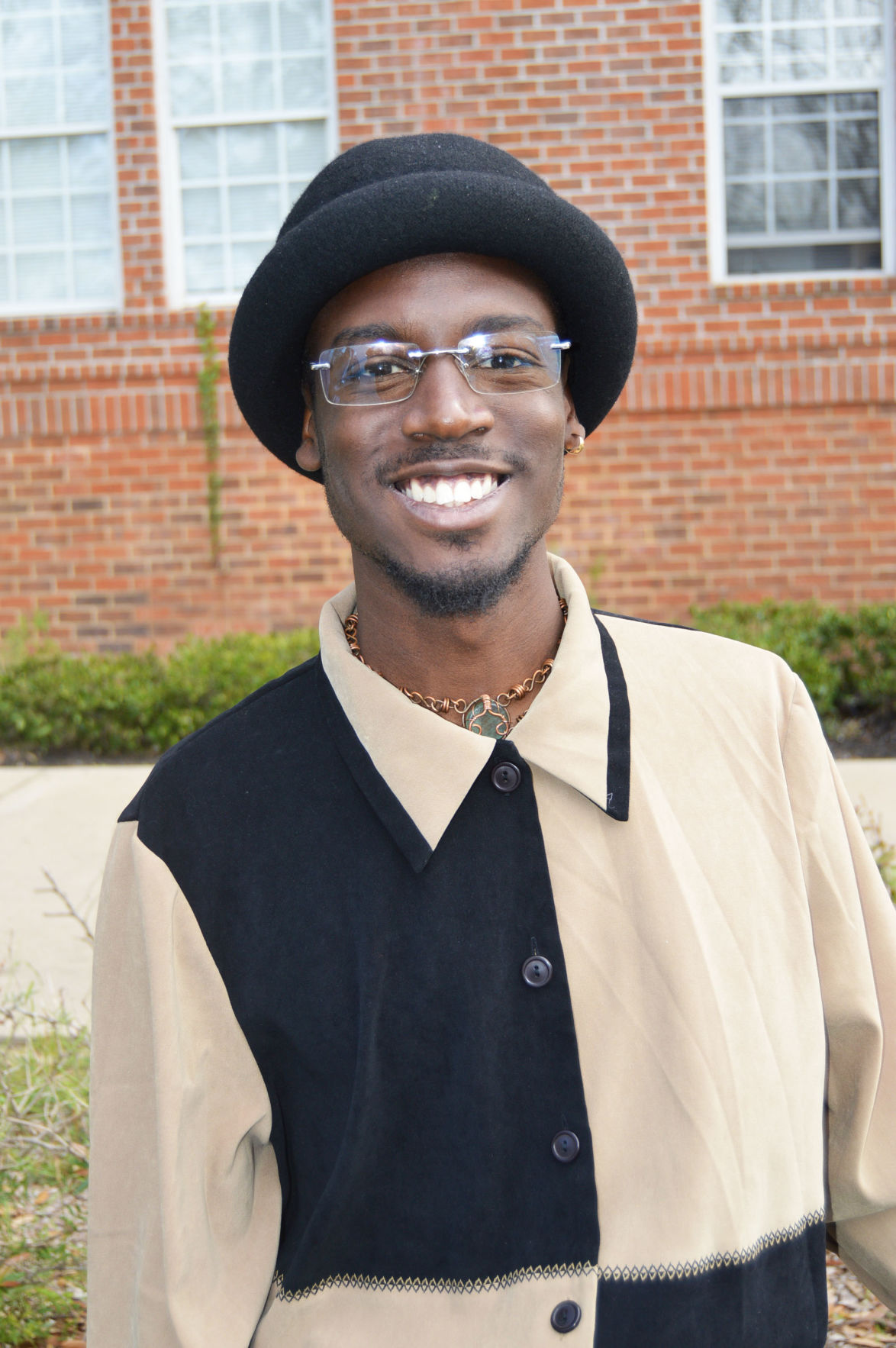 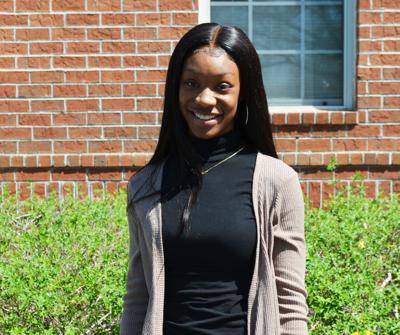 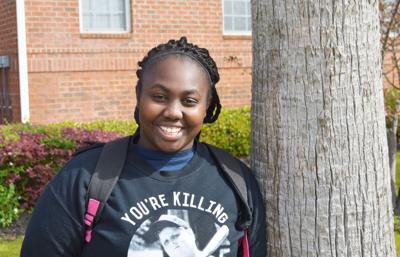 EDITOR’S NOTE: First in a series.

ALBANY — Jessica Jones, a freshman at Albany State University, was drawn to Albany for the inexpensive cost of secondary schooling at the university. But now she says she plans to leave the area after graduation.

Jones is a computer science major and says the primary reason she plans to leave the area upon graduation is the lack of job opportunities she sees in the area.

And Jones is not alone.

Interviews were with nearly 20 young people between the ages of 16 and 31, from Dougherty and Lee County High School students to ASU and Albany Technical College students and young entrepreneurs, in an attempt to understand why Albany consistently has its educated young people leaving the area.

While some of the people interviewed were excited about possibilities in Albany, a few of them having started businesses in the area and some students making plans to stay in the area, the same issues continued to pop up during conversations, even with those young people who said they wanted to stay in the area.

Their primary concerns? Job outlook, crime, lack of entertainment and lack of a sense of community.

A third of the young people we talked to saw job opportunities and crime as major concerns, with some of them saying they saw the two problems as interrelated.

“I go to more funerals than anything,” said Ka’Myah St. Rose, a student in the health care pathway at the 4-C Academy.

St. Rose said she felt like she saw more people her age dying than getting their first job.

“I feel like the lack of employment goes hand in hand with the rise in crime,” Justin Wesley, a young entrepreneur, said. “If the entrepreneurial (and business) community could find a way to boost jobs that are out here, then I feel like that would deter some of the crime.”

While the recent groundbreaking on the Georgia-Pacific facility promises to be a large job creator, and job opportunities in health care continue to grow, that doesn’t seem to be enough in the eyes of many young people like Jones.

Gabby Wilson, a senior at ASU studying bio-technology, said she didn’t feel there were any area job opportunities related to her field of study, but if she did see such an opportunity, she wouldn’t mind staying.

Mason Giggey, a student in the mechatronics pathway at the 4-C Academy, said that while he could see a potential job opportunity for himself at one of the city’s major manufacturing facilities, like P&G, he said he believed he could get a similar job that paid higher wages somewhere else.

But not everyone agreed that there is a lack of job opportunities.

“There are job openings out here, you just have to look around and know where to look,” said Dwan Sheron, a student at Albany Technical College.

Quadre Curry-Wilkerson, a junior at ASU, said that there are a lot of job opportunities for college graduates, but getting those jobs is a matter of making connections in the community.

Chadria Jones, a sophomore nursing major at ASU, said she saw lots of job opportunities for herself and planned on working at Phoebe Putney Memorial Hospital after graduation to get some experience before potentially moving away.

However, in an interview, Jones hit on a key point.

“With nursing, you’ll always be able to find a job,” she said. “With shortages of nurses, I feel like in this field you will always have something to do.”

With some of Albany’s major industries offering job opportunities, particularly in the health care, manufacturing and transportation fields, there are available jobs and even labor shortages, in fact.

“We have available jobs in manufacturing and distribution, within health care,” said Barbara Rivera Holmes, the Albany Area Chamber of Commerce’s president/CEO. “Health care is where we see a lot of job opportunities, especially as the population ages. We know that we need more people entering that health care work force to continue to provide services.”

But it is not just in Albany that jobs are available in those area. There is a nationwide labor shortage for jobs in all three industries.

“We know that we have a national shortage (for CDL drivers and diesel mechanics), and we have a shortage locally in that area,” Holmes said.

And it’s even worse in the manufacturing industry. According to a study by The National Association of Manufacturers, it is estimated that 2.4 million manufacturing jobs could go unfilled between now and the year 2028.

The story is much the same for the health care industry. According to a report by the American Nurses Association in 2018, there will be more registered nurse jobs available than any other profession in the nation by the year 2022. A report by the U.S. Bureau of Labor Statistics projects that 1.1 million additional nurses are needed to avoid a continued shortage in the field.

Why the shortage in these fields? A primary concern is a work force that is generally without the skills needed for the jobs. Holmes said that was true in Albany as well.

“There are opportunities, and so we know that we leave jobs on the table every year,” the chamber president said. “We have to ensure employers that we’re able, that we have the skills to meet the needs of business. And so there’s a difference between having people who can go to work and having jobs available.”

Albany has taken steps to make sure that the skills of the work force fit the needs of local businesses with the creation of the 4-C Academy as well as the Industrial Operations Technician program at ATC and the transportation academy there as well.

“The 4-C Academy partnership has been a game-changer for Albany,” Holmes said. “Albany Tech continues to be a great tool as well. … We’ve launched two programs with Albany Tech in the past few years. One of theme is the Industrial Operations Technician program, which was created by our industries to help meet their work force needs in partnership with Albany Tech, the Albany-Dougherty Economic Development Commission, and the chamber. Then the Albany Transportation Academy … which is also trying to grow a segment of the work force relative to transportation, so specifically CDL drivers and diesel mechanics.”

So what’s the problem?

There are still some segments of the population in the area that may not take advantage of these programs, which could again be logically linked back to crime. St. Rose and Giggey, along with other 4-C Academy students, said that while they had the opportunity to begin the college and career academy in high school as the first group of students to attend the facility, high school was too late for some of their classmates. By middle school, they saw many of their young classmates joining gangs.

“If you get the mindset, ‘Oh, I want to be in a gang, I don’t want to do anything, I can make easy money this way,’ (then) by the time you get to high school you’re not going to care about the 4-C,” Giggey said.

All four students said they wanted to see the reach of the academy expand beyond just high school students, and they want to talk to younger students themselves, rather than have adult representatives from the academy talk to prospective students.

“(The 4-C Academy) broke all stereotypes,” Giggey said. “This should be the model for Albany. We’ve got to advance in our technology, our schooling.”

Another aspect of the problem is that students who take advantage of the programs here — and their cost-effectiveness due to being located here — know that these are national issues and that they can go somewhere else and get a potentially higher-paying job in their same field of interest.

That goes for students like Giggey, St. Rose and possibly Jones. And while the cost of living in that other location is most likely going to be higher, to a young person who wants to explore, a young person who wants more entertainment, who wants to experience another city, that may not be something they consider or that bothers them. They just want to see what it’s like to live outside of the area, to be somewhere they haven’t lived before, a place they see as bigger and better.

And then, there are other young people like Rachel Mansfield, Timothy Brock and Justin Wesley, who may not be interested in those three key industries. While Mansfield and Brock stayed in the area and Wesley came back after a few years, many budding entrepreneurs and creative types leave, which is something all three young people are trying to change. That’s an issue that will be explored in the next part of this series.

Jahnae Nelson contributed to this report.

Cockatoo And Baby Boy Do Everything Together | The Dodo Soulmates