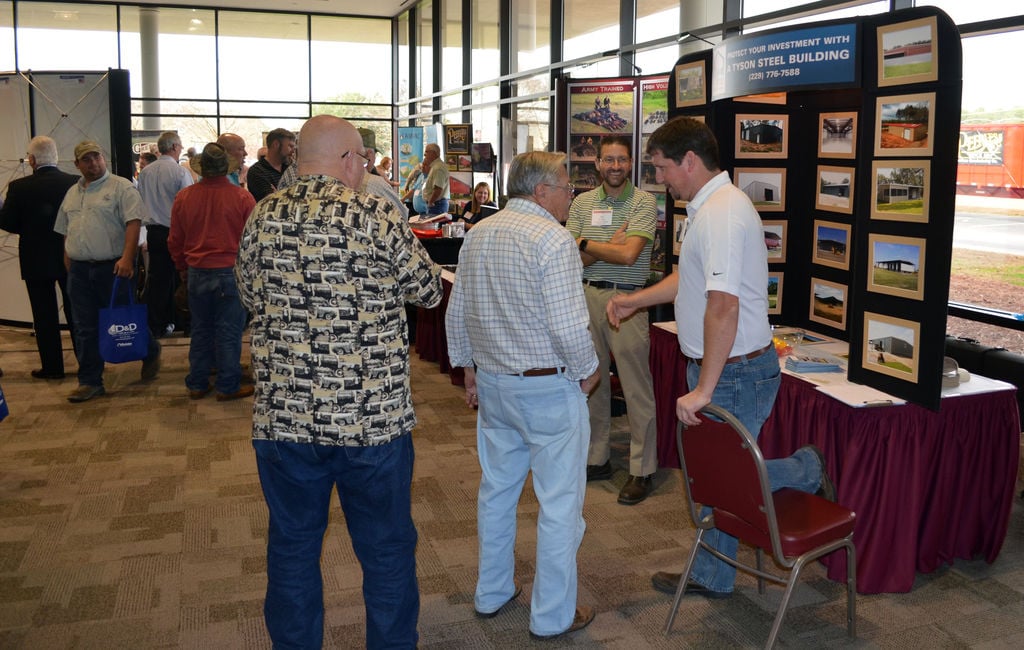 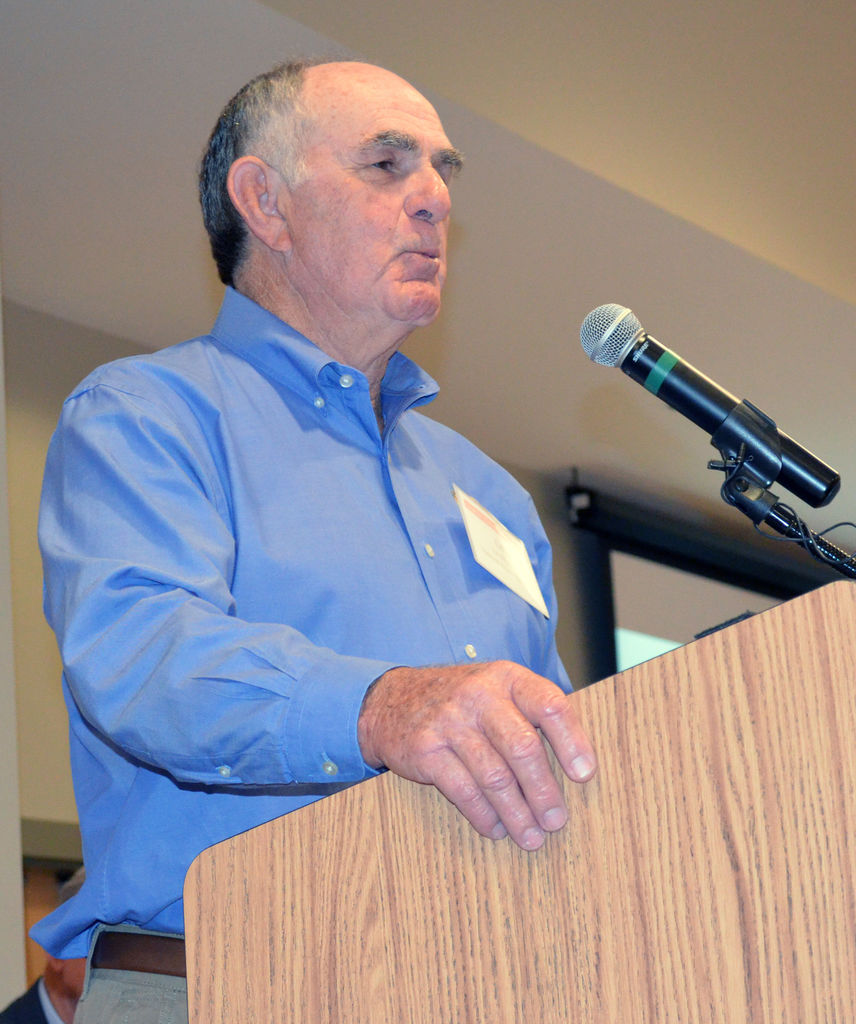 Ed White, chairman of the Atlanta-based National Peanut Board, says that educating consumers about peanut allergies and getting millennials to consume peanuts are two issues important to the peanut industry. (Staff Photo: Jim Hendricks) 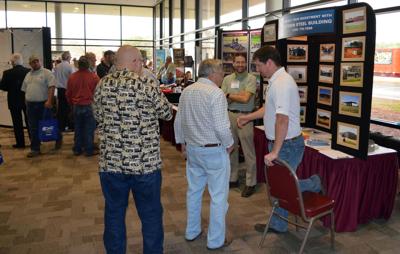 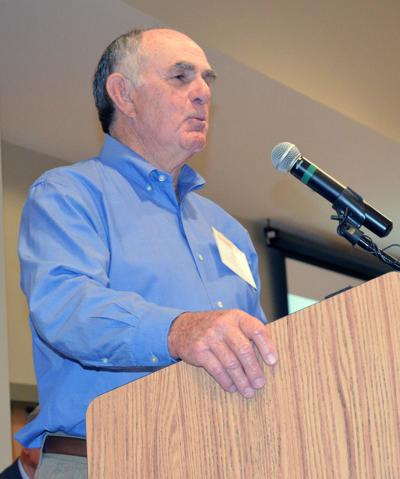 Ed White, chairman of the Atlanta-based National Peanut Board, says that educating consumers about peanut allergies and getting millennials to consume peanuts are two issues important to the peanut industry. (Staff Photo: Jim Hendricks)

TIFTON — As is the case with many businesses, peanut producers need to get their products into the hands of younger Americans.

The Peanut Board is a farmer-funded national research, promotion and education group and gets about half its income from Georgia growers, who in 2015 produced about 56 percent of the peanuts grown in the U.S. Speaking to growers at the 41st annual Georgia Peanut Farm Show conducted Thursday by the Georgia Peanut Commission at the University of Georgia Tifton Campus conference center, White said there were challenges that the industry was facing, the first involving the youngest of consumers.

“Let’s educate those people who want to ban peanuts because of the allergy issue,” White said. “You as growers have also invested a great deal in allergy research.”

Food allergies have been an increasing concern with children. A 2010 telephone survey by Mount Sinai Hospital found that between 1997 and 2008, peanut allergies in children tripled. The rate was 0.4 percent in 1997, but had increased to 1.4 percent in ‘08.

The LEAP study, which peanut growers helped fund, “has come up with the idea of introducing peanuts into the diet of children as young as 4 months old. You can do that with a little peanut butter in their milk or a little peanut powder in their milk. That has proven to be one of the factors that will prevent the peanut allergy issue.”

The study demonstrated that regular peanut consumption begun in early infancy and continued until age 5 reduced the rate of peanut allergy in at-risk infants by 80 percent compared to children who didn’t consume peanuts. On Jan. 5, the National Institute of Allergy and Infectious Diseases, a part of the National Institutes of Health, issued clinical guidelines for introducing peanut-products to infants to prevent allergy development.

“That’s something we fight every day,” White said. “We work to try to educate people on peanut allergies.”

Peanuts also are not finding their way into the meal and snack plans of the young American group known as the millennials.

“The millennials have somehow missed the boat on eating one of the most nutritious foods there is,” White said. “Since 40 percent of millennials, according to the latest statistics, are living with their parents or relatives, I think that we may be focusing a little bit wrong. We need to be focusing on those people they’re living with so they’ll feed them peanut butter and they’ll have enough energy to get outside the house.”

Market penetration in U.S. households is about as strong as it can get, so reaching younger Americans is critical.

“Ninety-four percent of homes have peanut butter in them already, so that market is saturated,” White said. “We don’t want to lose it. We want to keep 94 percent of the homes in the future.”

He said peanuts is finding competition from producers of other kinds of nuts, including one that will have a budget that dwarfs that of peanuts.

“We’ve got a competitor out there called almonds,” White said. “It’s not a real heavy competitor, but they have decided they’re going to try to get more and more of the market. Their budget with the checkoff that they have will be $100 million in the coming year. Our budget is $10 million.”

That makes it more critical for the peanut industry to get its message about the quality and health benefits of peanuts out to consumers.

“We’ve got the best product,” White said. “We’ve got the most economical product. We have got a product people can buy, put in their homes and consume. We need to sell our product as being the very best. We don’t want to demean any other product. We just want to say to people that peanuts are the thing they need to eat.”

Not all of the peanut industry’s nut competitors, however, are playing by that rulebook. A current campaign by the pistachio industry features a computer generated elephant voiced by WWE wrestler and actor John Cena. Elephants have long been associated with peanuts, but this one eschews peanuts for pistachios.

Asked about the pistachio campaign, Georgia Peanut Commission Chairman Armond Morris, in an interview with The Albany Herald, said peanuts were both a healthy and economical option.

“Look how much they cost,” Morris said. Roasted peanuts run about $2.50 a pound, he said, while almonds are $6-$7 a pound. “Then you look at pistachios and they’re up around $8 and $9 a pound and still got the hulls on them,” he said. “You still got to shell the dadgum things.”

Peanuts, he said, are filling and don’t give the consumer a brief lift like a sugary product does.

“You’ve got the best nut in the peanut,” Morris said. “You’ve got all the vitamins and minerals. You’ve got the resveratrol (the phenolic antioxidant found in red grapes and red wine) that may hep to reduce the clogged arteries and cholesterol, so peanuts are good for you. It’s healthy. It’s a good snack nut. Peanuts are the greatest nuts you can eat and they’re the most economical.”

White told the growers at Thursday’s luncheon that they had contributed $25 million toward research through the National Peanut Board, which he said is “undergoing some new strategic plans.”

“In our strategic plans, the bottom line and first mission statement we have is to improve the economics for growers and their families,” White said. “That’s what we’re all about. We have no other purpose than to improve your income.”

Report: Jaguars, Falcons to host games in London in 2021