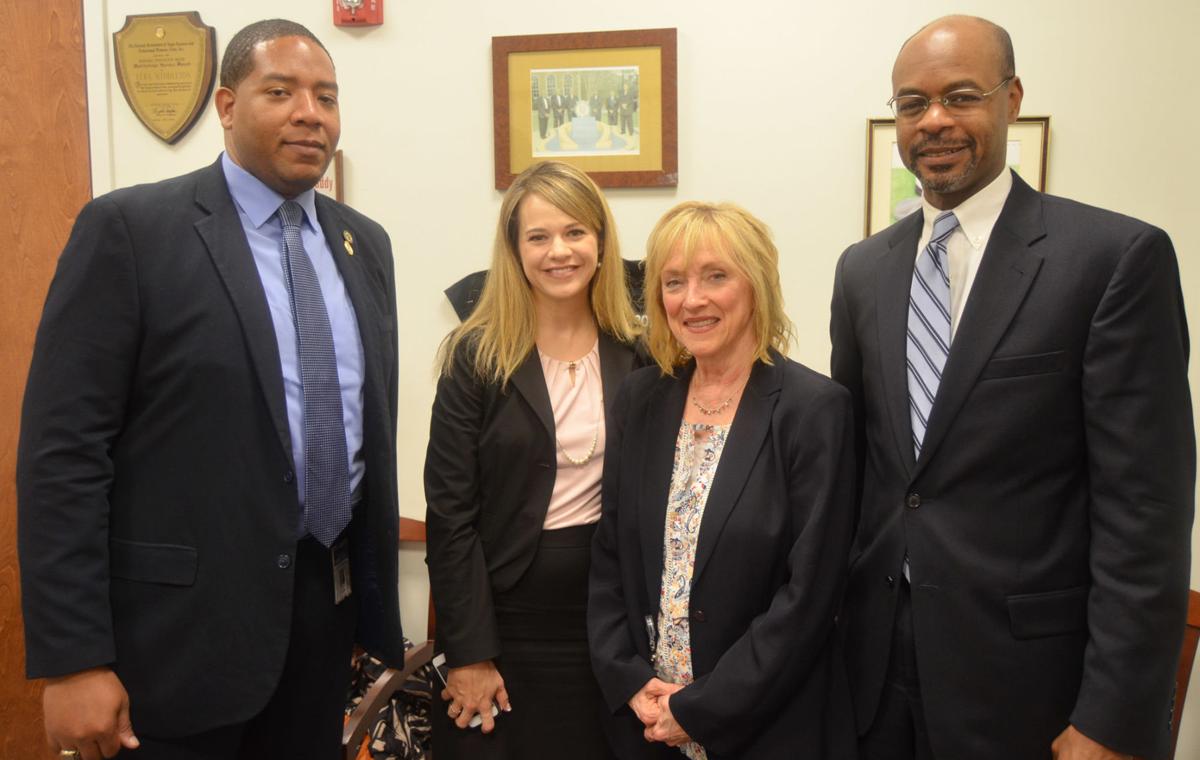 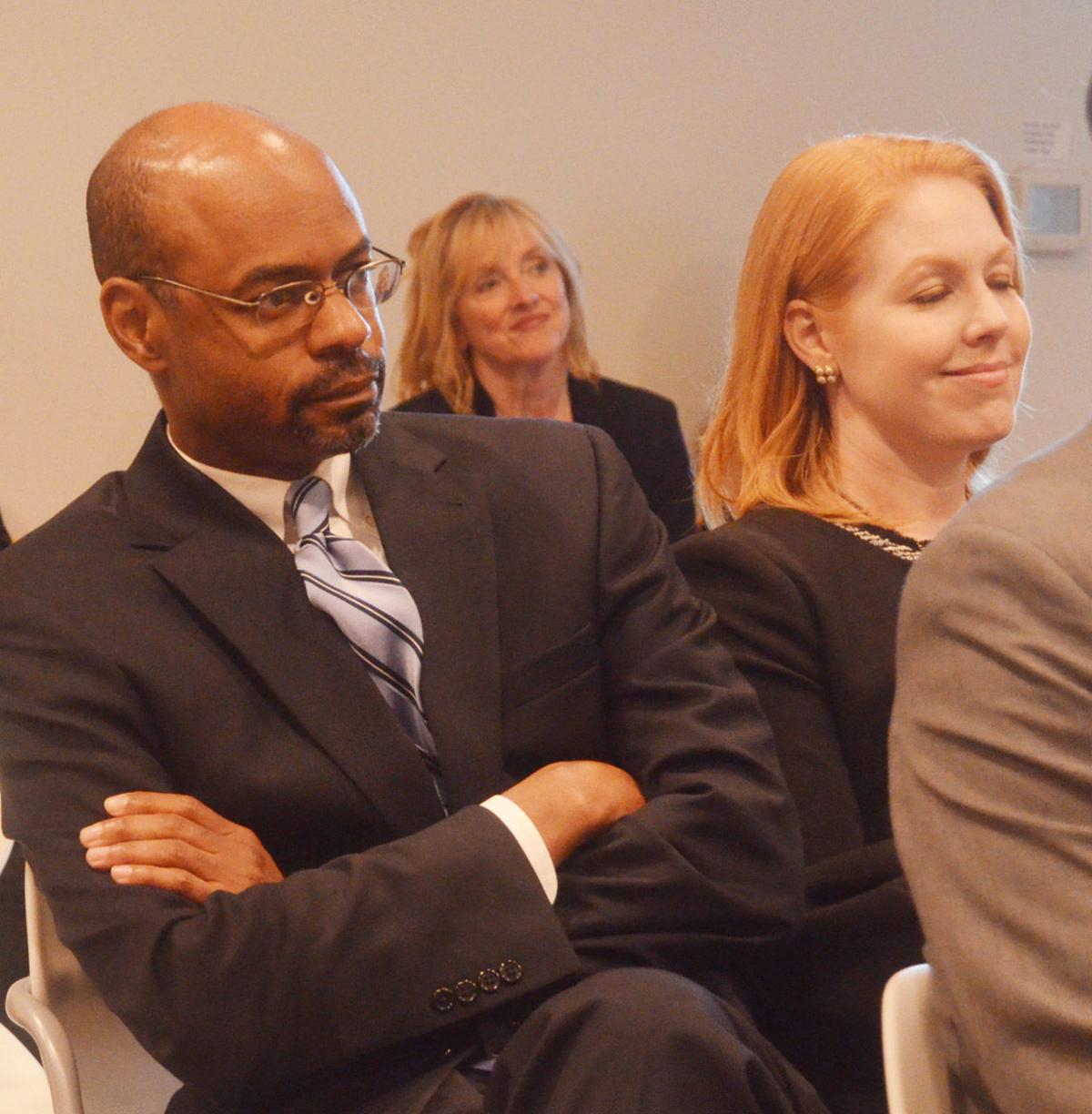 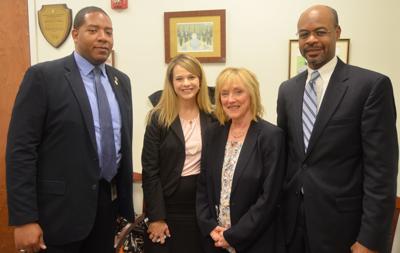 And that look, perhaps more even than the 45 minutes or so of question-and-answer discussion that inspired it, offers an insight into Melton’s personality, or at least as much of an insight as one can get in a one-off meeting with the man who was sworn in a couple of months ago as the chief justice of the state’s highest court.

Melton is open, friendly even, as he answers questions, cracking a joke now and then. Not what we’ve come to expect from the stuffy, no-nonsense judges on TV and cinematic courtroom dramas.

“He’s really a great person, very funny, very smart,” Hadden and fellow staffer Jane Hansen share after the interview that was made available when Melton and the other eight justices on the state Supreme Court came to Albany to hear oral arguments for a pair of cases at Albany State University. It’s something the court does every year, an event that Melton says “removes some of the mystery of the court.”

Having climbed to the pinnacle of the state’s judicial system, one would assume Melton is one of those Type A personalities dripping with ambition. Not so, the chief justice admits.

“My wife will tell you that she’s amazed, and probably a little frustrated, that I don’t have more ambition,” Melton said. “But I honestly had no plan that led me to this position, and I frankly don’t have a plan for what comes next.”

Melton got a degree in International Business at Auburn University and was “looking at a career in that direction” when law school intervened as “an afterthought.” He earned his juris doctor degree at the University of Georgia and worked on property tax law with the Georgia Department of Law in the state attorney general’s office before being tabbed to serve on Gov. Sonny Perdue’s transition team. Perdue later named Melton to serve as executive counsel in the governor’s office before naming Melton to the Supreme Court in 2005.

Melton was selected by his fellow justices as chief justice, and on Sept. 4 he was sworn in by his mentor, P. Harris Hines. Tragically, Hines died in an automobile accident a week ago, a tragedy that Hansen said, “just devastated Justice Melton.”

Melton said holding court in parts of the state outside Atlanta is something most justices look forward to. And having the Albany session at Albany State University is, he says, a bonus.

“We love it when young people have the opportunity to watch a court session,” he said. “At a time when many young African-Americans have harsh feelings for this country’s court system, seeing the people who make the decisions in the process of doing so is one way to hopefully alleviate some of the doubt and cynicism. Hopefully, it restores some of the confidence in our justice system.”

With so much publicity surrounding the hearings for U.S. Supreme Court Justice Brett Kavanaugh, Melton said that’s one reason to be appreciative of Georgia’s system of naming justices to the high court. The governor typically appoints justices unless an opening develops during an appropriate election cycle, and the justices must run for re-election to maintain their seats.

“If you’re appointed to a lifetime position like U.S. Supreme Court justices, you’re more likely to be an independent jurist, to think you can do what you want on the bench,” Melton said. “And while many are complaining today about the politicizing of the court system, the states usually have concepts that help keep that out of play. Some state’s appoint justices for 12-year terms; in Georgia it’s six years. It makes judges keep re-election in their psyche.”

A slender, athletic 52, Melton said he likes to “spend time with my kids while I still have them because they’re about to graduate and move on,” to grill out and to play basketball. (Georgia State Patrol Trooper Dexter Hadon who traveled to Albany with Melton confirms that, “He’s got some game.”)

Melton points with pride to the state Supreme Court’s workload, which averages around 450 cases a year, around a third of which include oral arguments. Hansen notes that the state high court’s productivity is “among the best in the country,” according to organizations that keep track of such matters.

And the close-knit Georgia justices, according to their chief justice, are able to take on such an extensive workload because they respect each others’ opinions, even if they disagree.

“Each judge develops his own philosophy, but the philosophy we’ve kind of collectively taken is we ‘Follow the law, not make it up,’” Melton said. “It’s funny sometimes what people think judges do. So many people think they sit on the bench and make things up as they go along. That’s not the way it works. This is not being creative, it’s not engineering. It’s not about having an agenda.