OK
You are the owner of this article.
Edit Article Add New Article
You have permission to edit this article.
Edit
Home
News
Sports
Opinion
Features
Community
Classifieds
Multimedia
Obituaries
e-Edition
Help
1 of 6 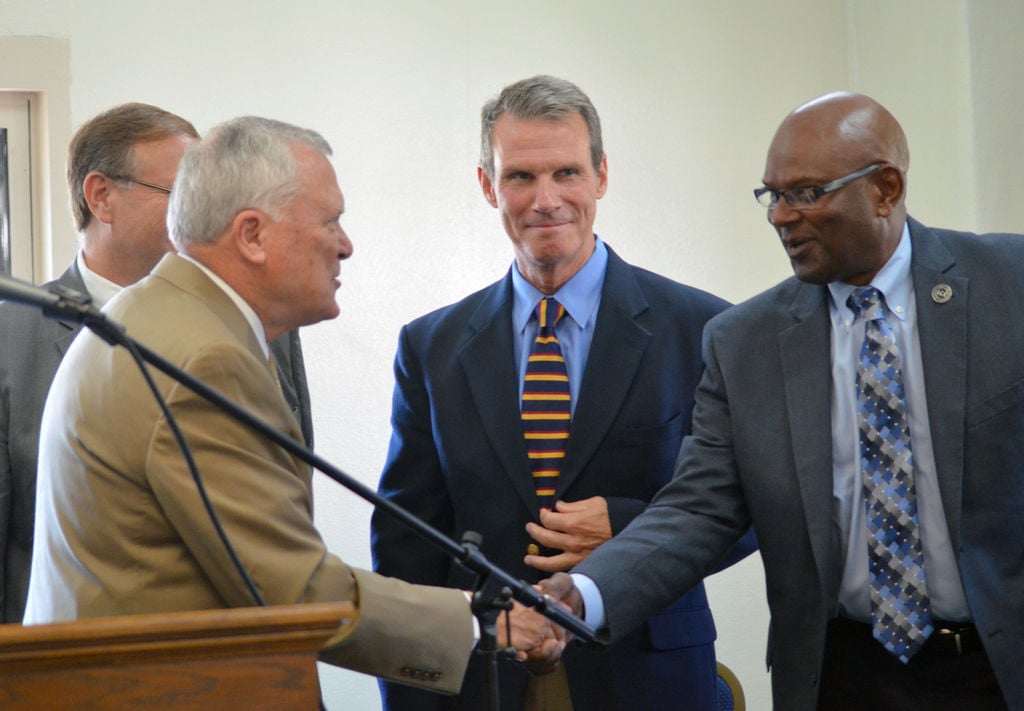 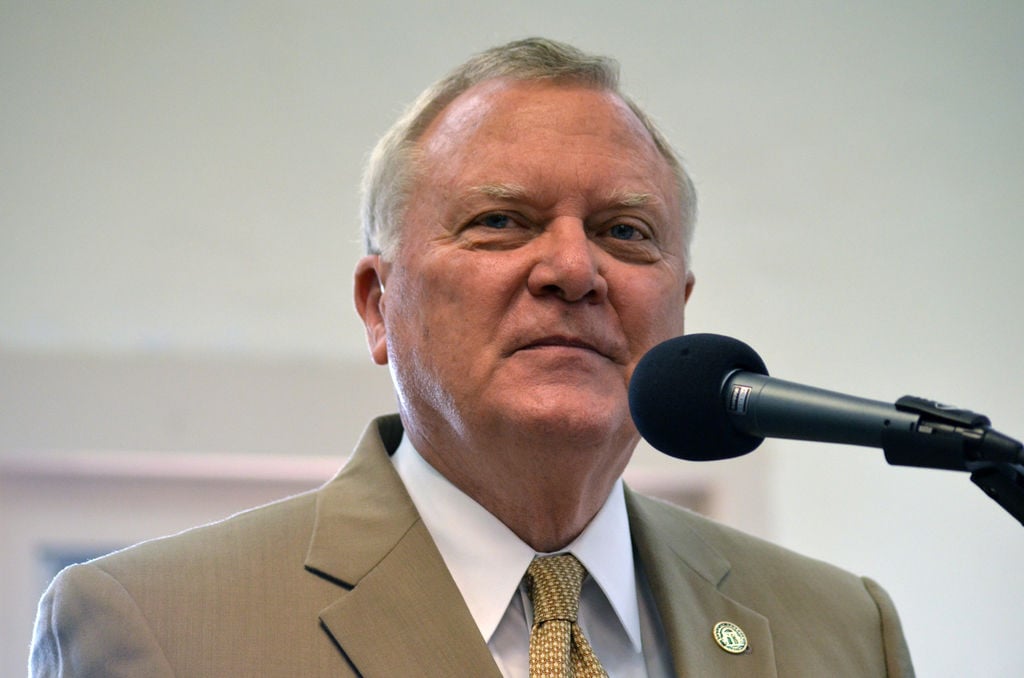 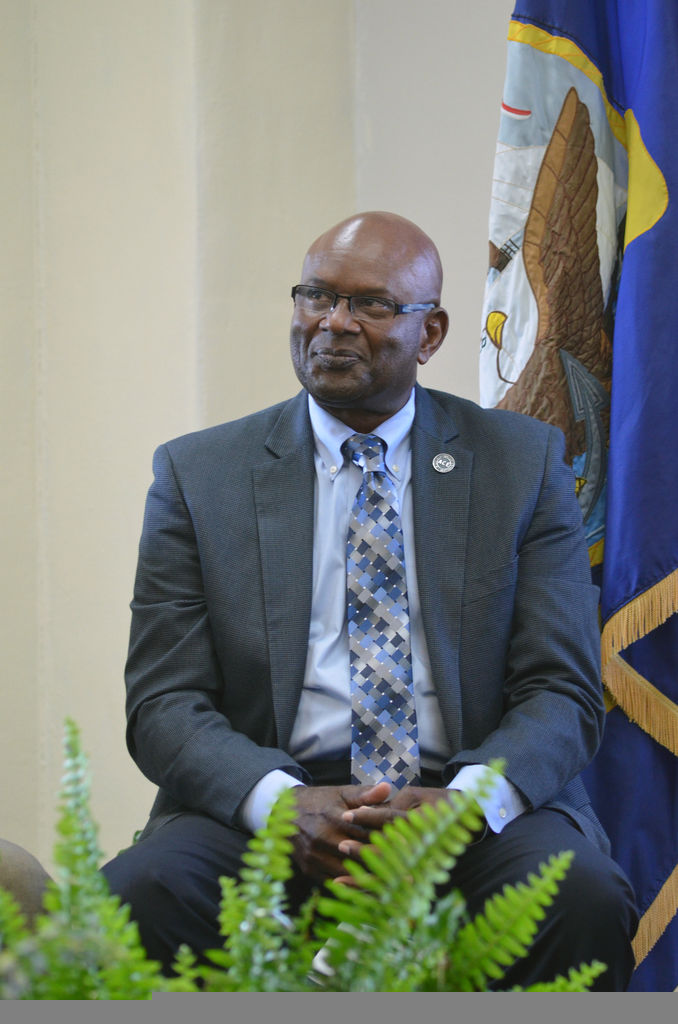 Captain Donnie L. Cochran acceps the honor Thursday of having a community center named for him in his hometown of Pelham. (Staff Photo: Jon Gosa) 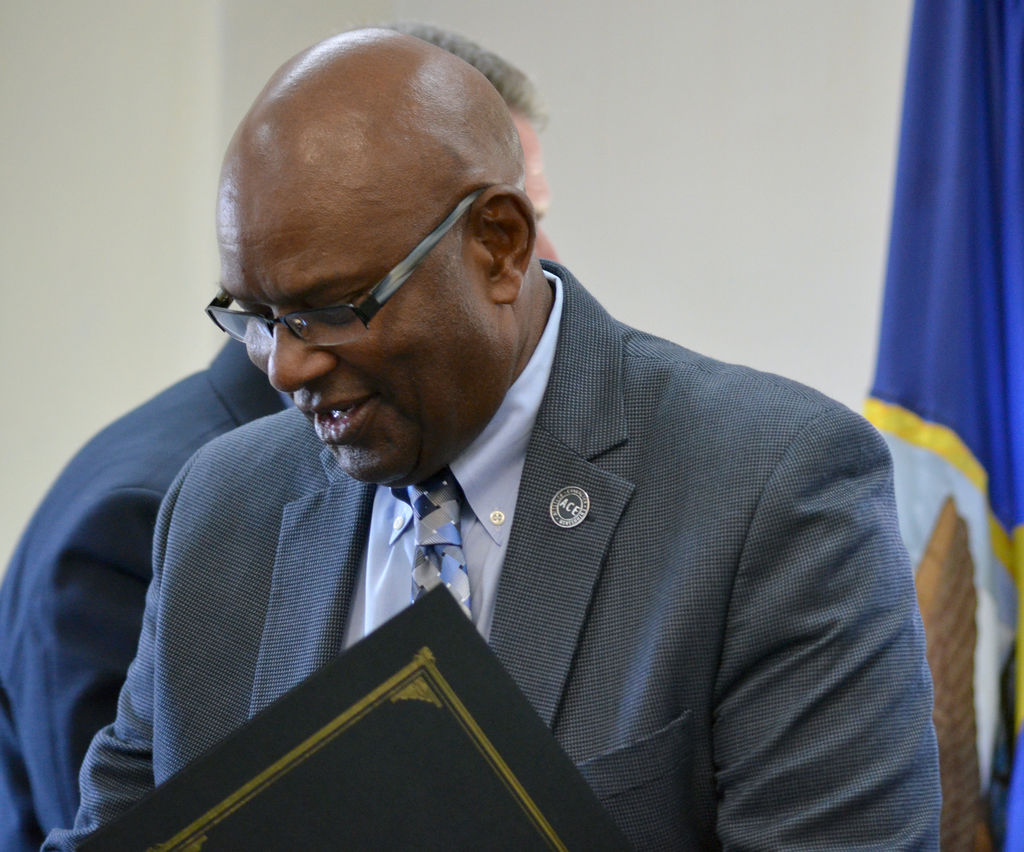 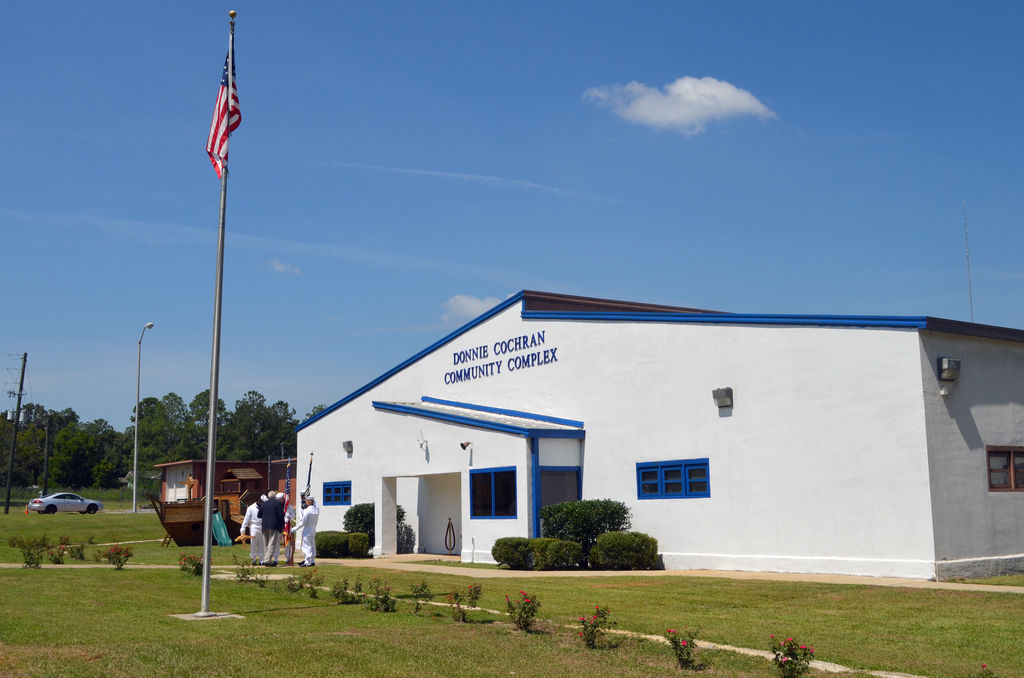 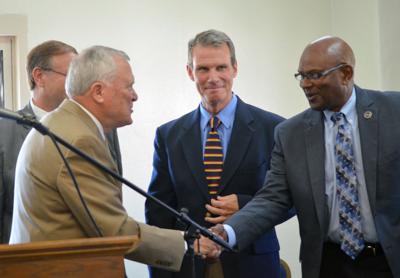 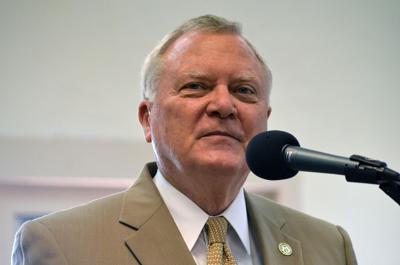 Captain Donnie L. Cochran acceps the honor Thursday of having a community center named for him in his hometown of Pelham. (Staff Photo: Jon Gosa)

ALBANY — Gov. Nathan Deal and other officials were in Pelham on Thursday to dedicate the new Donnie Cochran Community Complex, a facility which originally served as a school, later became a jail, and now has been transformed into a beacon of hope and a place of opportunity for underprivileged youths.

The building was refurbished, bars and other remnants of the correctional facility removed, and at the dedication ceremony on Thursday, it was renamed in honor of U.S. Navy Captain Donnie L. Cochran, who is from Pelham.

Mayor James Eubanks, Commissioner Homer Bryson, State Representative Jay Powell and Rear Adm. David O. Anderson joined Deal in honoring Cochran’s service to the Navy, and to recognize Cochran for being a positive and inspirational role model for the youths of his hometown.

“The new Donnie Cochran Community Complex is something we’ve been working on for some time, and we are very proud,” said Eubanks. “I want to thank several of our guests for joining us today, starting, of course, with our governor, Nathan Deal. We certainly appreciate him being here to help us mark this occasion and honor Donnie Cochran and support our community with this center.

“We have Rear Adm. David Anderson, U.S. Navy retired. We appreciate him being here to bring us some more words, encouragement and more knowledge of Donnie Cochran and what he means and how he can inspire us. We have our commissioner for the Department of Corrections, Homer Bryson, our representative, Jay Powell, who has also helped us with this, and we have Captain Donnie Cochran and his family. He has a lot of family, and we appreciate all they do for our community.”

According to Eubanks, the newly refurbished community center was once a school, but as educational standards changed, the building was repurposed into a state youth detention center, before finally becoming the Pelham city jail.

“The facility was always very useful and very needed, but it didn’t always reflect the community that it was in the middle of,” said Eubanks. “It was disappointing to us for many years. We were very happy when we could close this as a jail and look at what we could do with this facility.”

Officials said that, though expensive, the community complex is a positive investment in the future of Pelham.

According to Eubanks, the facility consists of a main building, which has a meeting hall and classrooms that the local technical college will use for GED classes and other educational purposes. The back of the facility has dorms and a commercial kitchen, which the Red Cross has already expressed interest in using as a shelter. It also has a gymnasium, sports field, gym, playground and there are plans for a day care facility.

“This building is symbolic of exactly what I want to talk to you about,” said Deal. “And that is, we are literally on the domestic side of our lives in Georgia. We are beating our swords into plowshares. The reason we don’t need facilities like this to incarcerate people is because of help from Chairman Powell, who has been in one of the most critically sensitive chairmanships to make a criminal justice reform possible. This building is, in many respects, symbolic of what is taking place all across our state.

“When I became Governor, I was told that I would have to build two new adult prisons by the beginning of my second term in office, and it was going to cost about $264 million to build those facilities. I was told we were going to see our prison population grow by 8 percent, and by this time, without changes, there would be some 60,000 people locked up in Georgia prisons. We were already at 56,000 when I took office.”

According to Deal, with criminal justice reform, Georgia’s prison population has dropped to around 52,000.

“We are changing things dramatically,” the governor said. “The percentage of African-Americans who are incarcerated in our prison system has dropped by about 25 percent. And, as many of you know, that was the largest component of not only those who were in our prisons, but those who were headed to our prisons.”

Also, according to Deal, Georgia has the 10th-largest population in the U.S., but has the fourth-largest prison population.

“I don’t think Georgians are that much meaner than everybody else in this country,” said Deal. “It disturbed me that a significant portion of those we were putting in prison beds, which now costs us about $19,000 to $20,000 per bed, per year, were classified as non-violent. That doesn’t make sense on the common sense level. Why would we spend that kind of money locking up people who are non-violent? Our prison beds ought to be for those who are dangerous to our society, who are violent … the sex offenders, the murderers.”

Deal claims the positive outcome of prison reduction was achieved through accountability courts, which deal with the root causes of incarceration such as addiction to drugs, as well as alcohol.

“If you don’t deal with those problems of addiction, just locking somebody up without treating the cause of their problem in the first place, doesn’t really solve the problem,” said Deal. “I am proud to tell you that we now have approximately 5,000 Georgians who are involved in accountability courts. Drug courts are probably the largest arena. DUI courts (next), and increasingly we are seeing mental health courts, and most recently, we are seeing veterans courts. All of those are diverting individuals who would have probably ended up in state prisons.”

Deal said, according to surveys, the most common characteristic of people in the state prison system, is lack of education.

“They dropped out of school,” said Deal. “Almost 7 out of every 10 dropped out of school. Is it any wonder that they get into trouble? If you don’t have a high school diploma in this day and age, first of all you probably can’t get much of a job to begin with and your opportunities are severely limited.”

Officials are hopeful, that a community center, like the new Donnie Cochran Community Complex, will provide direction, support and encouragement for underprivileged youths to complete high school and other educational goals.

Cochran sat quietly during the presentation with a proud smile on his face. When at last he made his way to the podium, he kept his remarks brief.

“I have to say this,” the Navy veteran said. “This building represents more than just a name on a building, it represents what’s possible for our community. I couldn’t be happier standing before you and acknowledging the honor of this facility being named after me. First, I want to give grace and honor to God for protecting me while flying over 888 carrier landings. My new focus is about giving back and making a difference in our community. Thank you to everyone who came and thank you for the honor.”

Tomorrow: An interview with Capt. Cochran

Gov. Nathan Deal and other officials were in Pelham on Thursday to dedicate the new Donnie Cochran Community Complex, a facility which origina…

On a day of firsts, Marlins top Braves