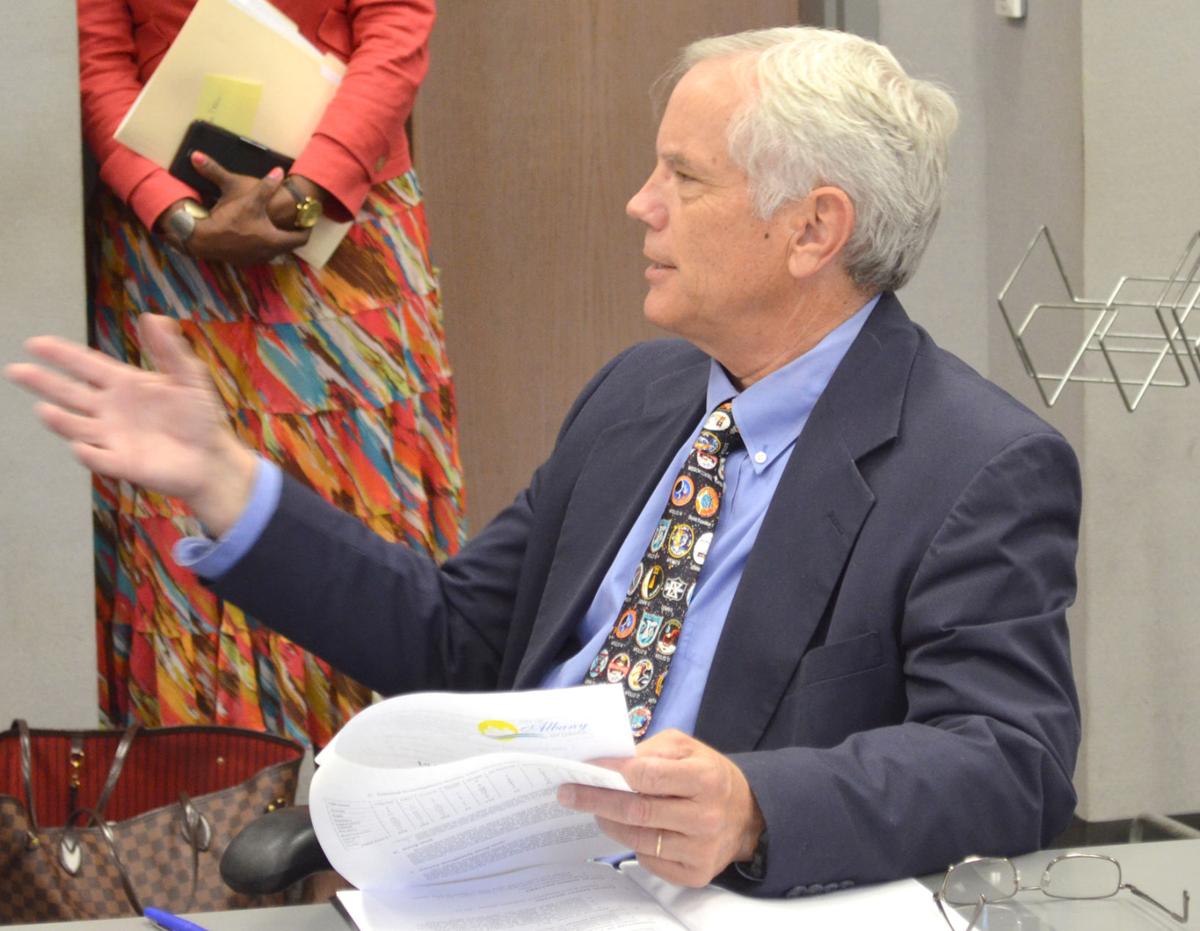 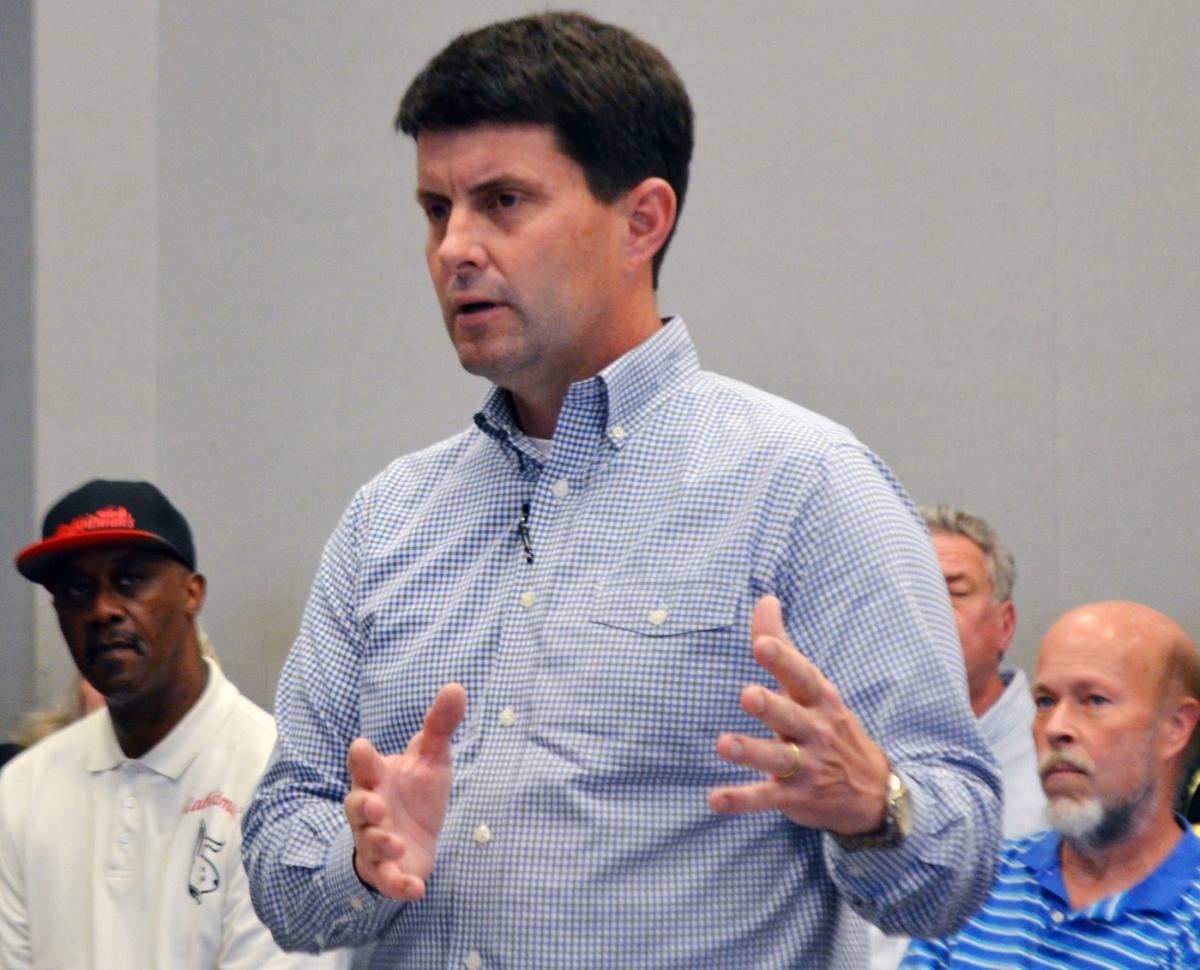 ALBANY — Residents in Albany’s Ward IV found through a recent Open Records request that Ward IV candidate Chad Warbington had received $38,810.77 in insurance premium payments that he should not have been entitled to, but Albany City Manager Sharon Subadan said Friday that Warbington did nothing illegal to attain the insurance when he served on the city’s Water, Gas & Light Commission.

Since Warbington qualified to run against incumbent Roger Marietta in the Ward IV race, social media have been rife with speculation that Warbington “owed” the city as much as $60,000 for the insurance premiums that were awarded to him when he served on the WG&L board from 2013-2015. And city Finance Director Derrick Brown, in meeting the citizens’ Open Records request, acknowledged that Warbington received $12,991.16 in insurance premiums in 2013, $12,686.88 in 2014 and $13,132.73 in 2015.

Brown added in an email to Gwen Broughton in the mayor’s office, “No money has been repaid to the city.”

And while that final statement fueled the concern of a group of citizens that requested the information, Subadan said Warbington had done nothing illegal to receive the insurance premiums.

“This happened well before I got here, but what happened is the Water, Gas & Light Commission gave Chad and other employees insurance that they were not actually entitled to,” the city manager said. “When I came on board and discovered that people were erroneously receiving the insurance coverage, I sent them a letter saying the premiums would be stopped.

“Neither Chad nor any other person receiving the premiums was sent a bill. I can only speculate that if the city had tried to collect those premiums, there most likely would have been some legal action. Because the truth of the matter is, the Water, Gas & Light Commission gave him and others the premiums in error.”

When informed that some citizens in Ward IV had filed the Open Records request seeking information about the insurance premiums, Warbington said the claim is “totally false.”

“I will confirm that I received an employee compensation package from WG&L when I was a sworn WG&L Commissioner, just like everyone else who served with me and before my service on the commission,” he said. “We were considered employees of WG&L and had full authority to vote on policy and the budget of WG&L.

“When the city took over WG&L, I was informed just like the other WG&L commissioners that our compensation and employment status changed and we would just be an advisory board like all the other boards of the city. That was the end of the story over five or six years ago, until now when Roger Marietta is desperate to smear my name and reputation with false information. His accusation against me on this topic would apply to every WG&L commissioner that has served.”

Marietta said he is aware of the charges made against Warbington, but he chose not to comment specifically about the issue.

“That’s his problem, not mine,” the incumbent commissioner said. “I’d rather let him deal with it and not say anything further about that matter.

“What I would like to say, though, is that I hope that the citizens of Albany will ignore all the negative attention that’s being given to this election — not just in the Ward IV race, but in the mayor’s race as well — and get out and vote.”

Warbington accused Marietta of bringing up the insurance issue.

“Roger is obviously desperate to change the news about his unethical and unlawful behaviors leading up to the election,” the challenger said. “The timing of this false claim is ironic ... just a few days before the election. Why has he not brought this forward earlier? The reason is because it’s false, and he is throwing a “Hail Mary” pass to cling onto his seat that he knows he is losing.”

Early voting for the municipal election ends Friday. Polls will be open citywide Tuesday from 7 a.m. to 7 p.m.

How coronavirus affects the entire body