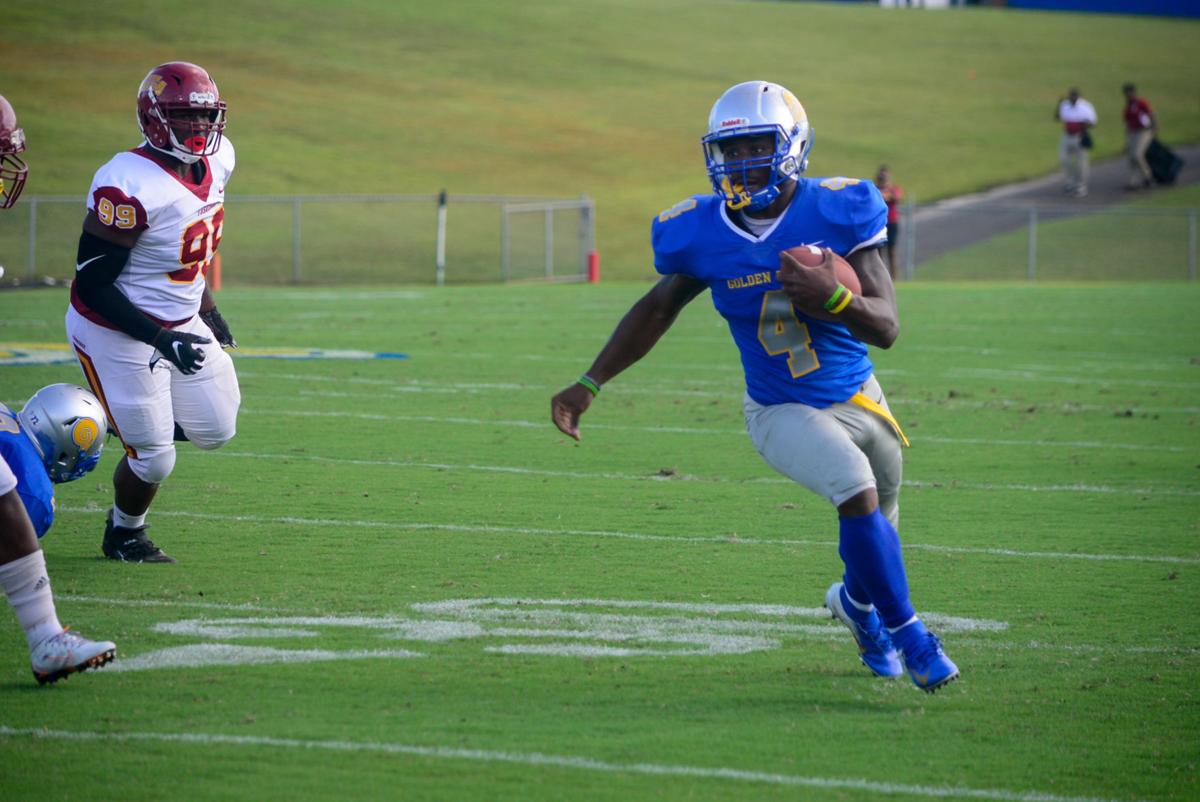 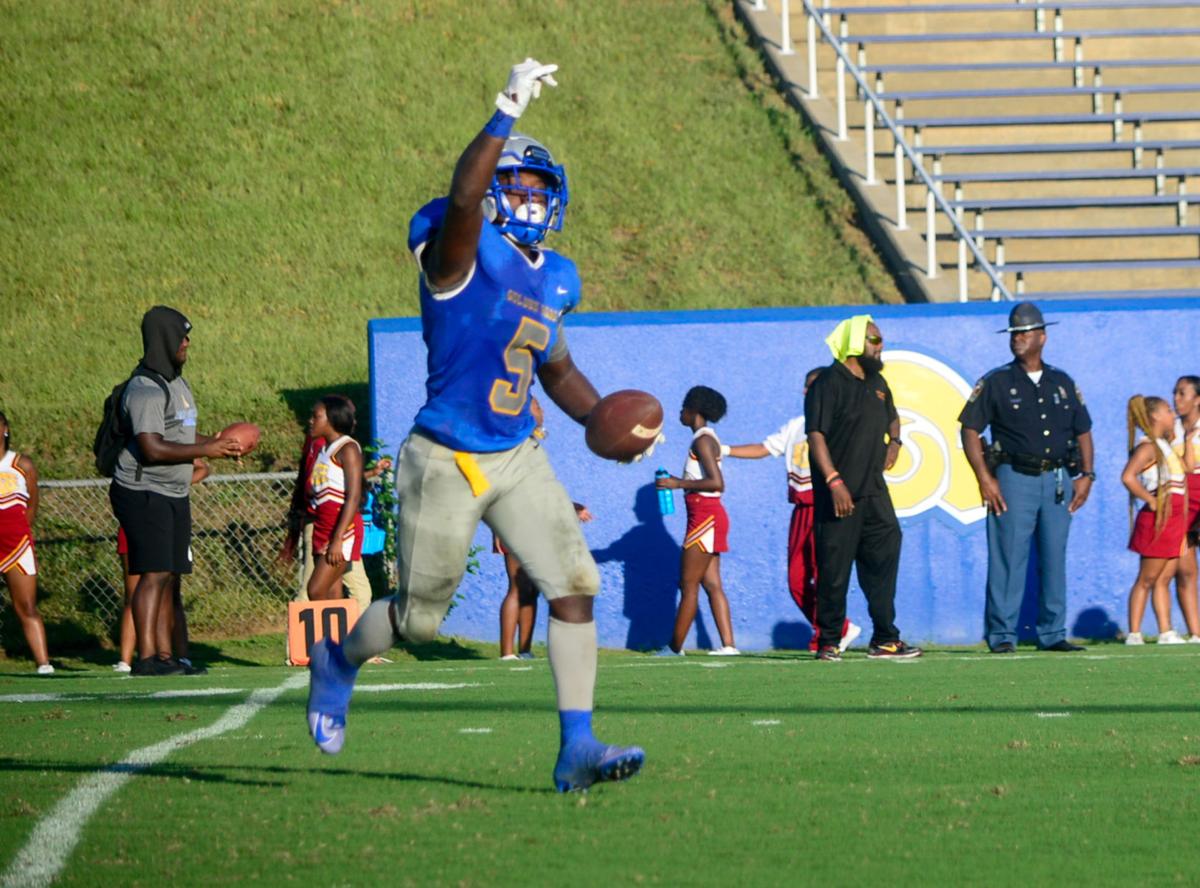 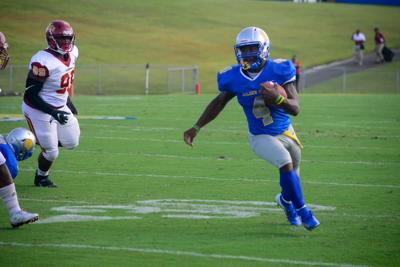 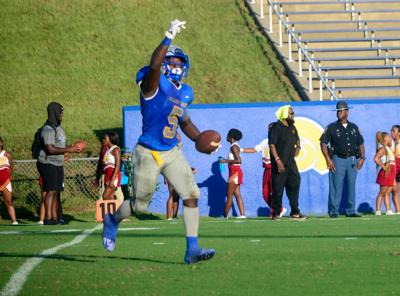 The Albany State “Dirty Blue” defense held Tuskegee to a net of 47 yards rushing on 36 carries and the Rams picked off three Tiger passes as the Golden Rams shut out their SIAC rival 21-0 Saturday afternoon at the Albany State University Coliseum in Albany. The win is the third in a row for Albany State and it repays last year’s 20-0 loss in Tuskegee that head coach Gabe Giardina had said left a sour taste with the Rams.

The Rams intercepted three passes from Tuskegee quarterback Ahmad Deramus during the second quarter. Junior defensive back Coemba Jones picked off two of those. One was at the very beginning of the second quarter and the other one came on the last play of second quarter to keep the Tigers from getting into the end zone. Tyler Scott picked off the other pass for the Rams and took the ball down to the 11-yard line which set up the Rams’ second touchdown of the game.

Anthony Harvey and Jaylin Boyd each recorded six tackles for the ASU defense. Harvey recorded two tackles for loss and one sack.

Offensively the Rams were led by senior running back McKinley Habersham from Savannah. Habersham didn’t score, but he rolled up 127 yards on 21 carries. His longest run was 34 yards.

The Rams got a scare early in the game when they lost a fumble on a punt in the first quarter that gave Tuskegee a first down in ASU territory at the 43. The Tigers picked up a couple of first downs before the Rams shut them down and Tuskegee’s Ames Huskic attempted a 49-yard field goal that missed. After that the Rams began their first scoring drive.

It took the Rams only six plays to move 69 yards down the field for their first touchdown. Albany State used rushes from McKinley Habersham, quarterback Dionte Bonneau and Tracy Scott to move the ball down the field. The Rams used only one pass play on the drive – a 14-yard pass to Habersham. Scott scored on a four-yard run to put the first points on the board.

Tyler Scott’s interception in the second quarter made it easy to get the second touchdown. Tracy Scott took just two plays to put the ball into the end zone and the Rams led 14-0 after kicker Gabriel Ballinas hit the PAT.

Jones’ second touchdown at the end of the quarter had to kill Tuskegee fans. The Tigers moved down the field against the Golden Rams starting at their own 13-yard line.

They had put nine plays together and had gotten to the 30-yard line before Jones’ ended their hopes with an interception in the end zone.

Next Saturday will be homecoming at Albany State’s Coliseum. Lane College (2-3) will come to Albany to face the Golden Rams. Kick-off is set for 2 p.m.

Get all the local sports news! Sign up for our free email newsletter.

The art of Potato Thing: There's a trick to creating the most perfect, golden goodness

Thunder pull away to rout Hawks