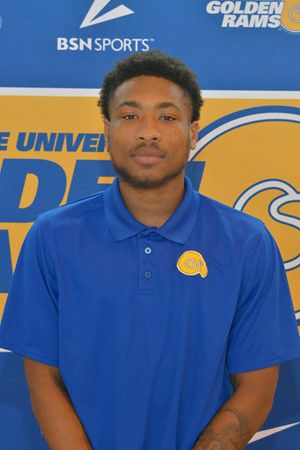 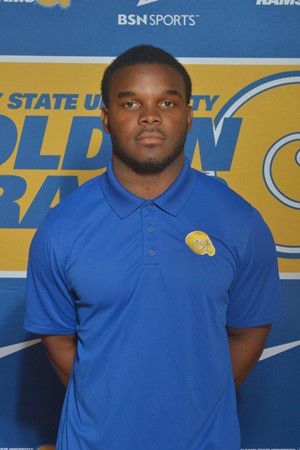 Defense wins championships, you’ve heard that. But to get to the championship you have to score some points, and to do that, you have to build an offense. While the Rams have some strong offensive weapons returning, Coach Gabe Giardina is faced with a new offensive line.

“We will have four new faces on the offensive line,” Coach Gabe said. “They are young and inexperienced, but I believe they will work together well. I hope so.”

The Golden Rams will be looking to put points on the board this season with the leadership of junior quarterback Kelias Williams. Williams, a graduate of Thomas Central in Thomasville, played eight games as quarterback last season – winning seven of them.

“He came into his own as a leader last year,” said Giardina. “I call him ‘Charlie’ sometimes because he graduated from Charlie Ward’s high school. He is an excellent young man and plays with loads of heart.”

Last season Williams completed 80 of 134 passing attempts for 1031 total yards and 10 touchdowns. He also rushed for 398 yards and scored nine touchdowns for the Rams.

One of Williams most effective targets for his passing will be Westover graduate Mike Green. The senior from Albany caught 32 passes for 532 yards and scored five touchdowns in 2018.

“Mike Green is one of our most dynamic playmakers,” Giardina said. “He will play an important part of our offense this season.”

A major part of the Ram offense will be built around two running backs who are experienced and have already been named to the pre-season All-SIAC team on the second team.

That Rams will be challenged quickly as the defending national champion Valdosta State Blazers will open the season in Albany on Sept. 7. Tickets are available now. Season tickets are $80 and individual game tickets are also available. Call (229) 500-2836, visit asugoldenrams.com, or come by the West Arena at Albany State Monday-Friday 9 a.m. — 4 p.m.

Poll: Which platform do you prefer to use when attending video conference meetings or group video chats?

Protesters defy curfews but demonstrations across the US turn more peaceful