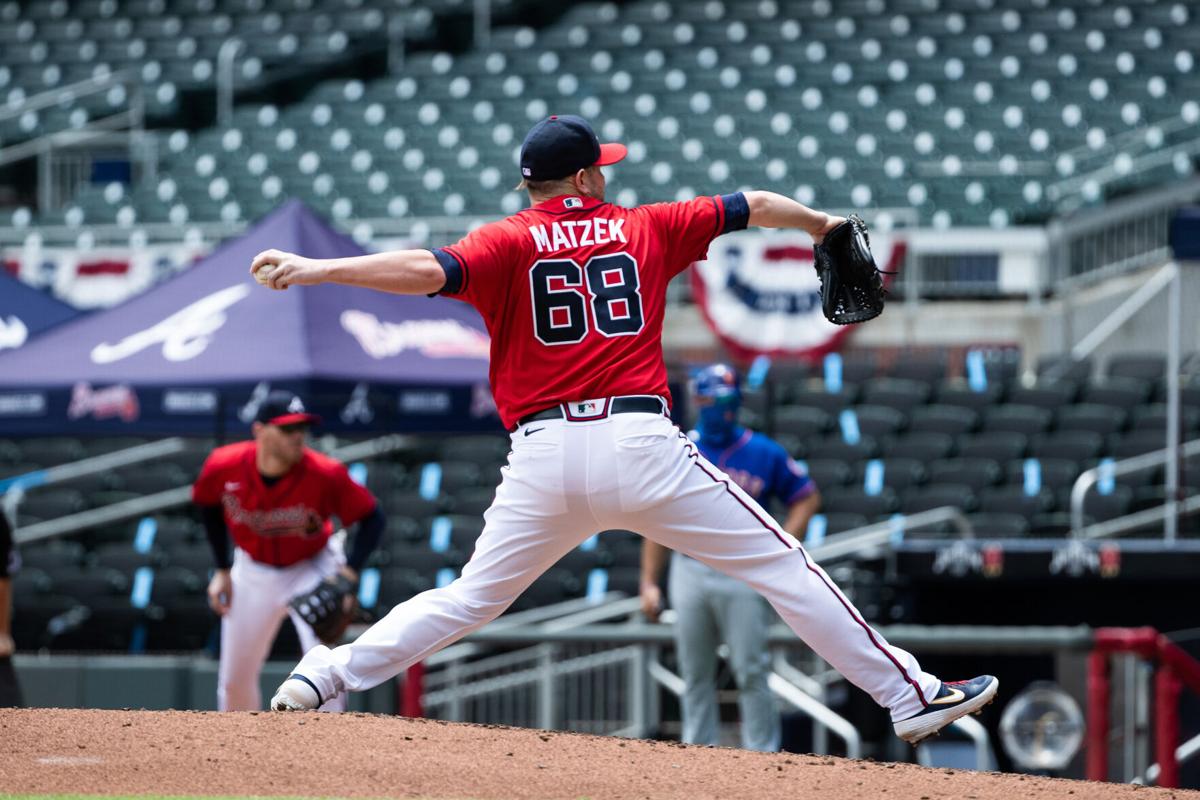 The Braves' Tyler Matzek pitches during Sunday's victory over the New York Mets. 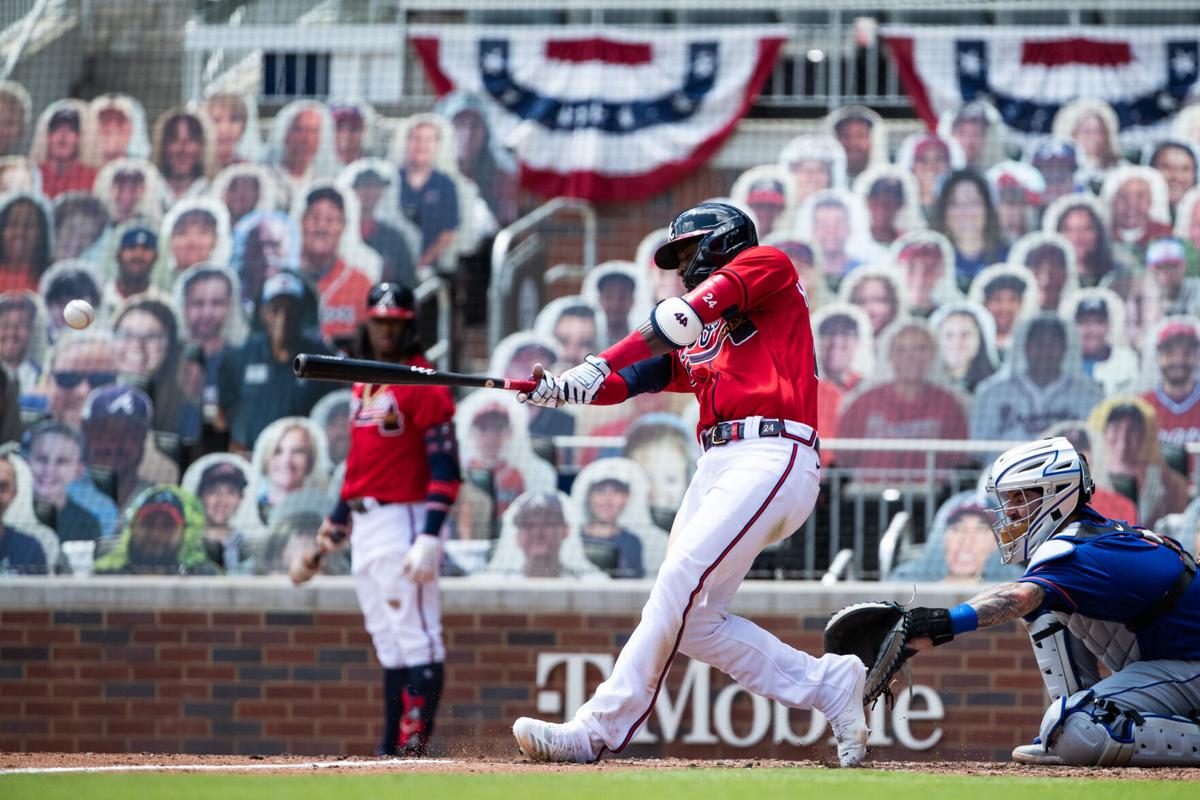 Atlanta's Adeiny Hechavarria swings during Sunday's win over the Mets. 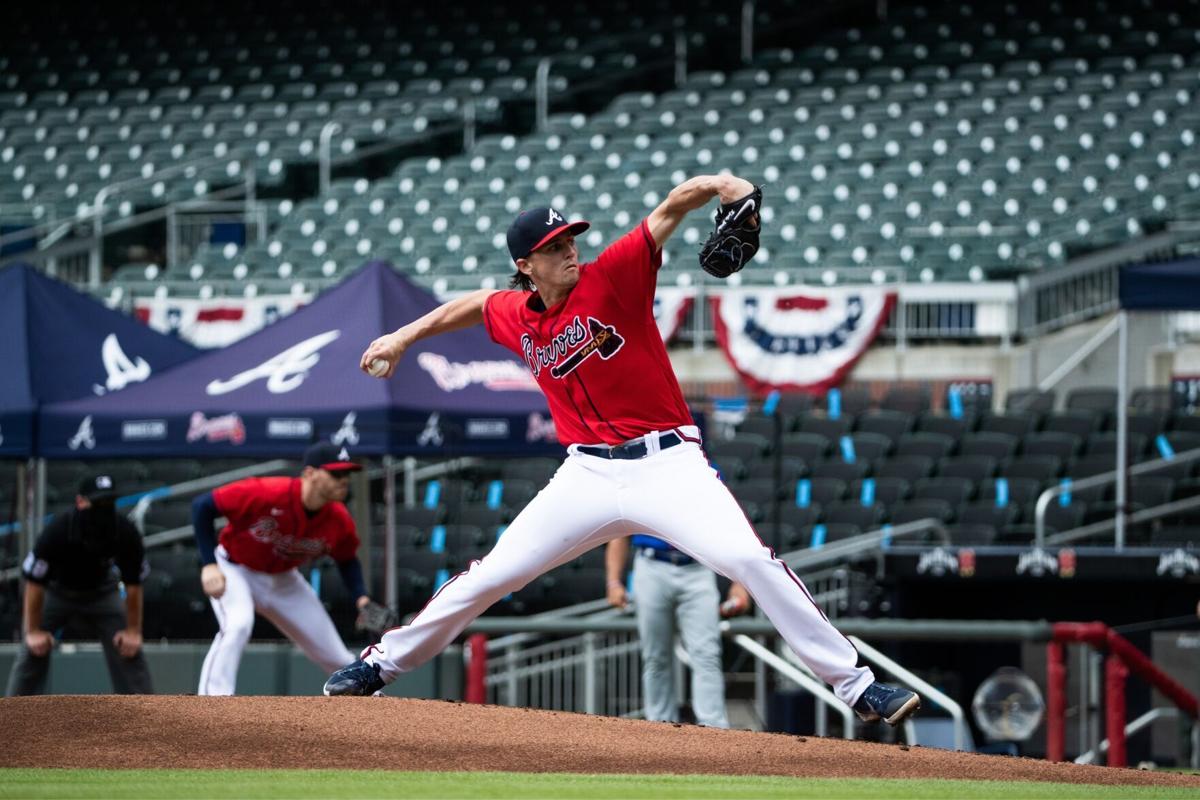 Atlanta's Kyle Wright pitches Sunday in a victory over the New York Mets.

ATLANTA — Five Atlanta Braves pitchers teamed up Sunday to shut down the New York Mets in a 4-0 victory.

It was the fifth straight victory for the Braves, who won their third straight over the Mets. The two teams conclude the four-game series with a 7:10 p.m. matchup Monday at Truist Park.

Braves starter Kyle Wright fought off some wildness in his 3 1/3 innings, and kept the Mets off the scoreboard despite allowing five hits and walking four. He struck out five and labored through 75 pitches before being relieved in the fourth by Tyler Matzek.

Matzek pitched two scoreless innings with four strikeouts and two hits allowed. A.J. Minter allowed one hit in an inning, and Shane Greene followed with two strikeouts and one hit surrendered in 1 2/3 innings.

Mark Melancon allowed the first two Mets to reach in the ninth — on an infield single and a walk — but retired three straight New York hitters, including Pete Alonso, to close things out.

Atlanta went ahead 2-0 in the third inning after a Adam Duvall single and an Austin Riley double opened up the inning. Ronald Acuna Jr. later walked with the bases loaded to force in a run, and Freddie Freeman’s RBI groundout out plated the second run. A solo home run by Johan Camargo in the fourth inning made it 3-0.

POLL: Do you think Major League Baseball can finish the season?

With MLB canceling games in the first week due to COVID-19, do you think the league will be able to finish the season?

Atlanta tacked on a run in the eighth when Freeman’s single drove in Acuna, who had doubled to lead off the inning.

Mets, unable to contact Yoenis Cespedes in Atlanta, learn two-time all-star will opt out of season

The New York Mets were unable to contact designated hitter Yoenis Cespedes, who did not show…

Tip leads to arrest of Americus suspect in trafficking case