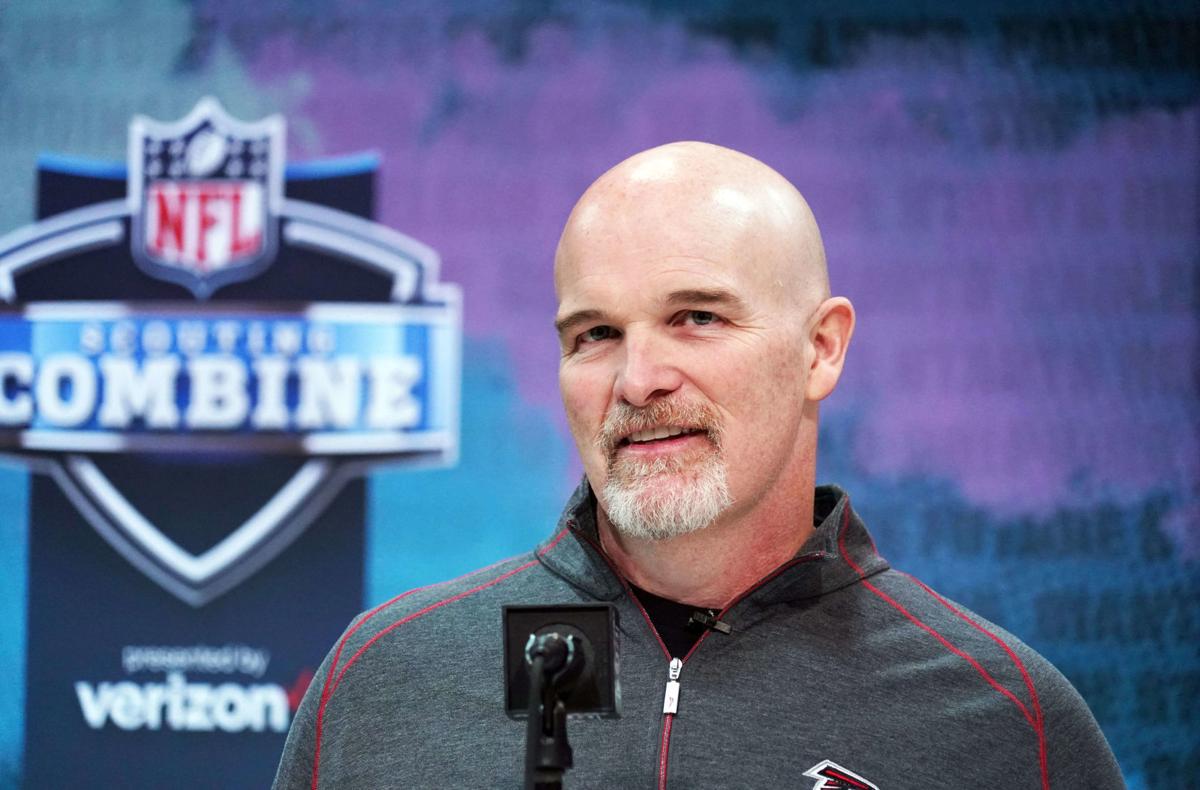 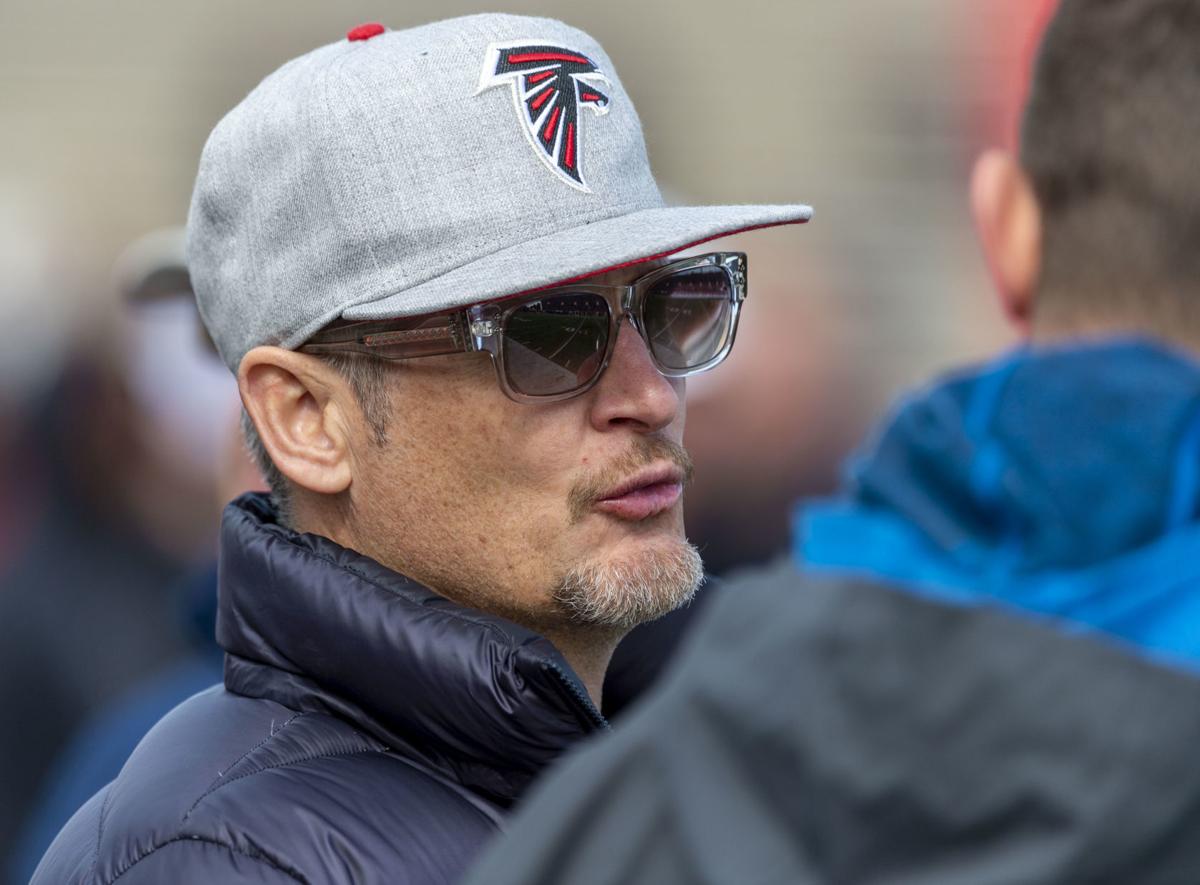 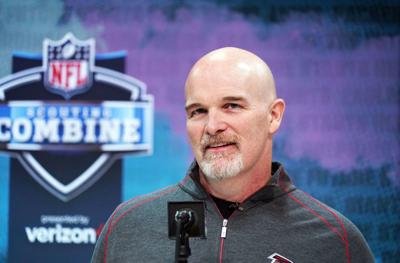 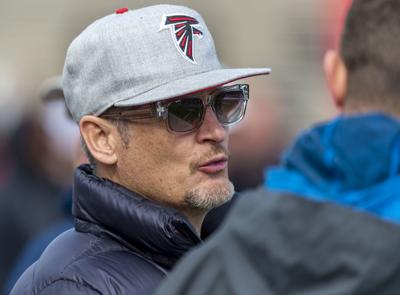 After months of preparation, much of it virtually, the Atlanta Falcons have zeroed in on the football player they want in the first round of the NFL Draft.

General manager Thomas Dimitroff didn’t tip his hand in his pre-draft conference call, giving fans more time to ponder what the team will do with the 16th overall pick Thursday night in what promises to be one of the most heavily watched drafts in sports history because of coronavirus pandemic that wiped out other sports options.

“Honestly, we have a handful of guys we think will be there at 16,” Dimitroff said Monday. “Do we have our preference (of those guys)? No question about it.”

The heavy trend is Atlanta will go defense with its first-round pick, likely at either at cornerback or defensive line, the two most glaring voids after the club’s free agency work.

Florida cornerback C.J. Henderson has trended to the Falcons in mock drafts, as have defensive linemen Javon Kinlaw of South Carolina and K’Lavon Chaisson of LSU. Henderson and Kinlaw may not be around at No. 16, though. Alabama safety Xavier McKinney and LSU cornerback Kristian Fulton also have been mentioned as options where Dimitroff and head coach Dan Quinn pick.

That is assuming the Falcons stick at No. 16 and don’t move up or down. Dimitroff has made trades in the first round in five of his 12 NFL Drafts with the Falcons. He has made at least one trade in every draft.

Will that happen this week? It’s a distinct possibility.

One NFL Network analyst floated the idea of trading with the Washington Redskins for the No. 2 pick and landing the draft’s top edge rusher, Ohio State’s Chase Young. That would be an aggressive move along the lines of Dimitroff’s jump from No. 27 to No. 6 in 2011 to land star wide receiver Julio Jones.

Teams are just as willing to trade in a virtual draft as they are in a normal one, Dimitroff said. He already has spoken with teams on details of what it would take to move from certain spots, either up or down, in the first round.

“Oh, 100 percent everyone wants to trade like they have been trading,” Dimitroff said. “I’ve said before this is a very active trading general managers group. … I think there’s going to be more involvement earlier on in these next few days, trying to get everything mapped out.”

A slightly lesser jump in the first round could move the Falcons in position to land an interior defensive line force like Kinlaw or Lanier grad Derrick Brown, an Auburn All-American.

Adding another talented player to that group would be appealing as the Falcons work on a defense to match an offense with 11 former first-round picks. An edge rusher, or an inside player, would help.

“One up the middle (on the defensive line) is the hardest to find,” Quinn said. “I always think that guys who have pass rushing ability in tight quarters, that’s a hard thing to do for inside guys to get around in tight space inside. For me, not the team where we’re at, those are the hardest guys to find.”

That said, this team may be more in the market for pass rush help. Chaisson is an intriguing prospect with a high upside.

“(With Chaisson), it’s where you think he can get to,” Quinn said. “This is a young player, this year and the year prior being injured (missed 2018 with torn ACL), and moving forward I think you’ll see a lot of improvement from him. I don’t think he’s 20 yet.”

Whatever happens should be exciting for fans in a sports-starved world at the moment. ESPN and the NFL Network will team up for the same broadcast for the Thursday to Saturday draft, while ABC will show the draft with its own unique broadcast Thursday and Friday. Round 1 is Thursday beginning at 8 p.m., followed by Rounds 2 and 3 Friday beginning at 7 p.m. Rounds 4 to 7 begin Saturday at noon.

The draft experience will be different for fans, but even more so for the teams and players involved. Instead of walking on stage in Las Vegas to hug Roger Goodell in front of a big crowd, players will appear on video from their house after being drafted. Roger Goodell will announce the picks from his basement.

Teams like the Falcons also are prohibited from gathering in traditional war rooms on draft days, so their communication is virtual. Dimitroff said he is armed with multiple phones and a backup generator should Thursday’s storms in the area knock out power and disrupt the draft process.

Atlanta typically has between 40 and 50 people in its draft room between Dimitroff, Quinn, owner Arthur Blank, football and scouting staff, medical personnel, analytics personnel and others.

Streamlining digital communication between all of those people is important this week.

30 stunning photos from the Golden Age of Jazz

Stacker compiled a photographic essay of 30 memorable images from the William Gottlieb collection of prominent artists and performers from the 1940s, or the Golden Age of Jazz. Click for more.

DAVID CARROLL: Getting a round Tuit