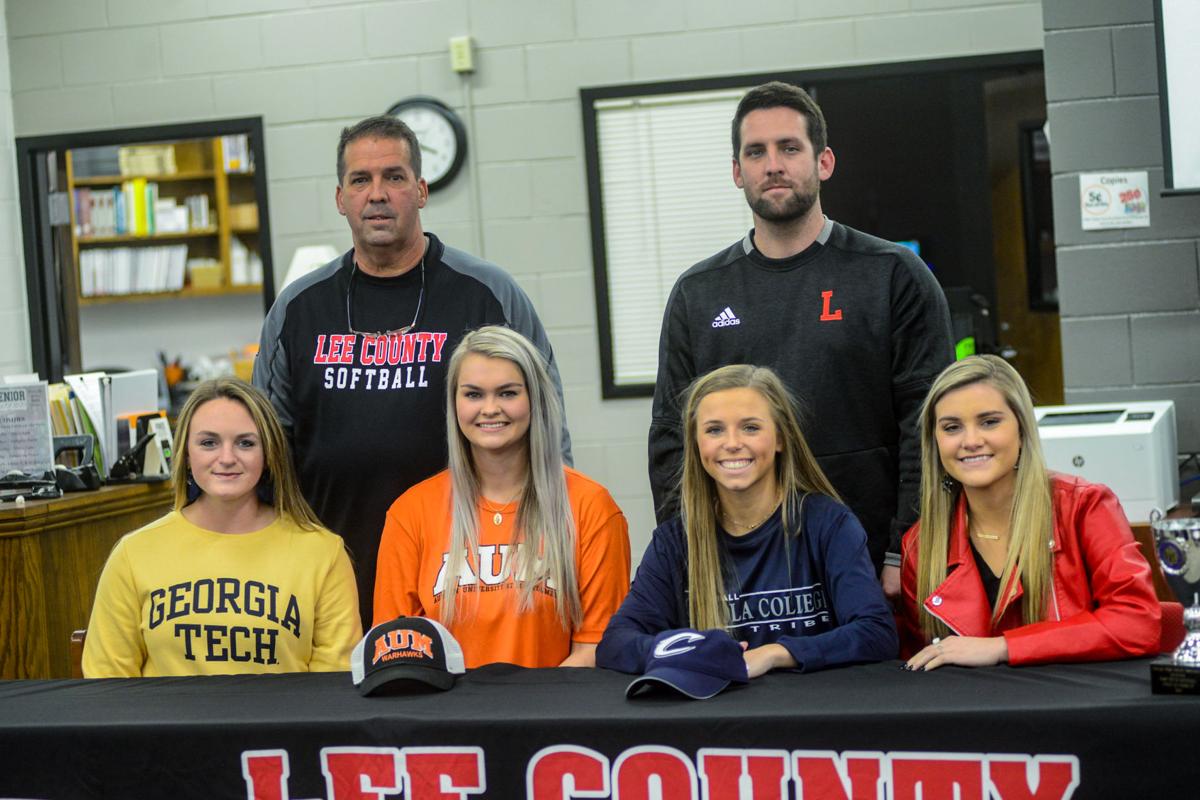 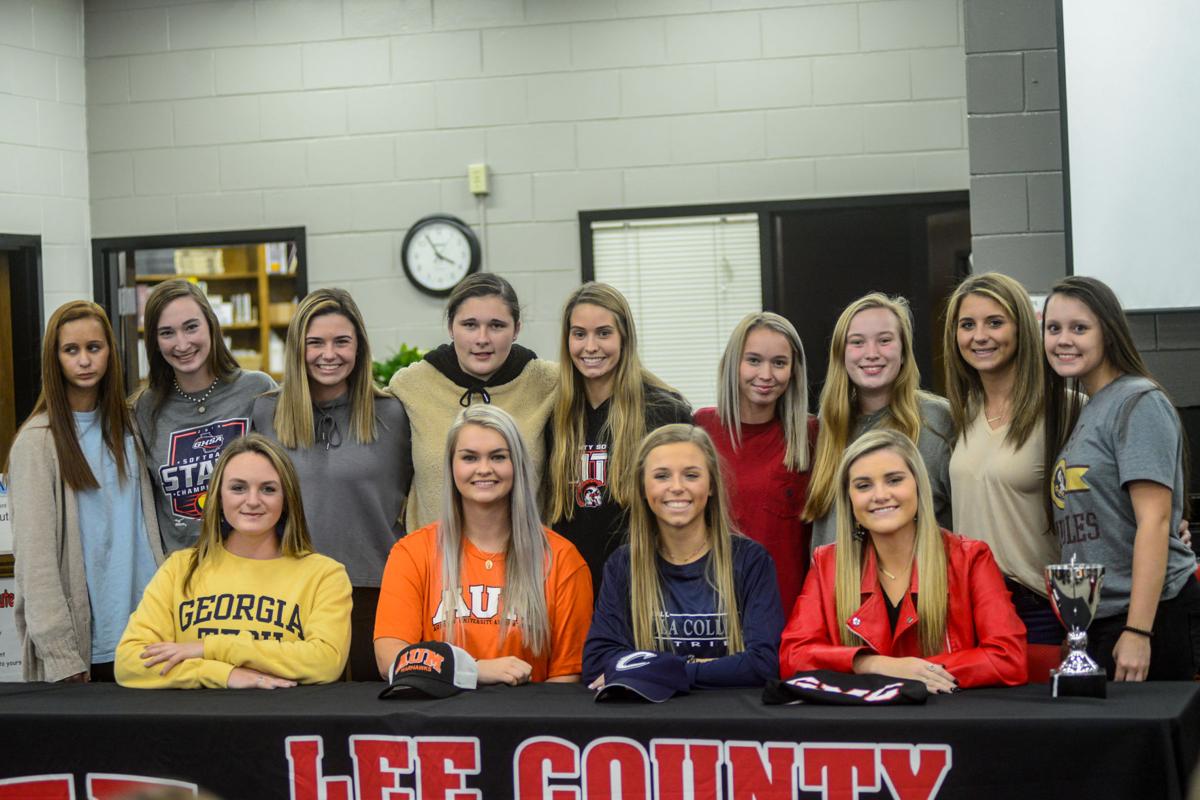 The four seniors who signed Tuesday (l-r) Abby Hughes, Trellis Whaley, Karlee Back, and Marley Smith are surrounded by their teammates from the 2019 season that saw the Lady Trojans finish with a 29-8 record, a third straight region championship and a state runner-up trophy. 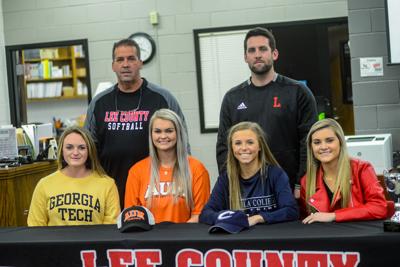 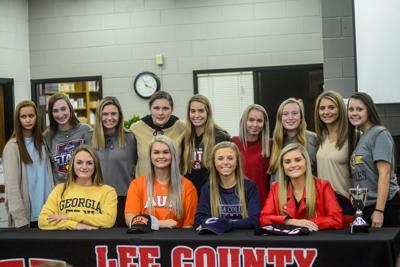 The four seniors who signed Tuesday (l-r) Abby Hughes, Trellis Whaley, Karlee Back, and Marley Smith are surrounded by their teammates from the 2019 season that saw the Lady Trojans finish with a 29-8 record, a third straight region championship and a state runner-up trophy.

Four Lee County seniors signed national letters of intent Tuesday to play college softball during a ceremony in the media center at Lee County High School. Abby Hughes, Marley Smith, Trellis Whaley and Karlee Back all signed letters in front of family and friends after a season that saw the Lady Trojans win a third consecutive region championship and a state runner-up trophy – the best finish in school history.

Senior pitcher Abby Hughes, the Albany Herald Player of the Year, signed to play at Georgia Tech in Atlanta after winning 22 games on the mound this season as the lead pitcher for the Lady Trojans. As a four-year starter, she complied 794 strikeouts during her high school career with 289 coming in this season. As a pitcher she had eight no-hitters during her four years in high school, but four of those came as a senior. She also hit 13 home runs this season with 43 hits and 43 RBI as a senior.

In a prepared statement Hughes said, “I believe I will have opportunities to play, and if I work hard and take advantage of those opportunities, more will be given.”

She will major in Nuclear and Radiological Engineering at Georgia Tech.

Third baseman Marley Smith signed her letter to play at Georgia Military College. As a junior Smith was the leading offensive threat for the Lady Trojans but started this year slow because of surgery before the season. She ended up with 53 career hits and 48 RBI.

Head Coach Dwayne Suggs pointed out the Smith did set an unusual record for the Lady Trojans – the most ever hit by a pitch. She was hit 27 times during her high school days while at bat, including 19 times as a junior.

She has not decided on a major for her studies at Georgia Military.

“Playing time as a freshman will not be give,” Smith said. “I’m going to have to work hard to play.”

Second baseman Karlee Back signed her letter of intent to play at Chipola College in Marianna, Fla, and will major in nursing.

Back was a three-year starter for the Lady Trojans and scored 99 runs, including 35 as a senior. She had 110 career hits with 51 coming in her final season.

Last but certainly not least was catcher Trellis Whaley who signed to play at Auburn of Montgomery (AUM).

She was a three-year starter for the Lady Trojans as well and was named the Albany Herald’s defensive player of the year for 2019 because of her performance in the playoffs and Elite 8. She threw out six runners trying to steal during the state playoffs and was caught nearly 50% of runners trying to steal during the season. She was a mainstay behind the plate this season for the Lady Trojans with a .994 fielding percentage.

She compiled 102 hits during her high school days with 67 RBI.

“I will remember most of high school career was the last day of the Elite Eight tournament,” said Whaley. “We played several games back to back and we were all so tired and exhausted, yet we pushed through to get all the way to the championship. After we won against Dacula, I didn’t even realize what it meant because I was so tired.”

Whaley will major in biology at AUM.

A gallery of photos from the ceremony will be on albanyherald.com soon.