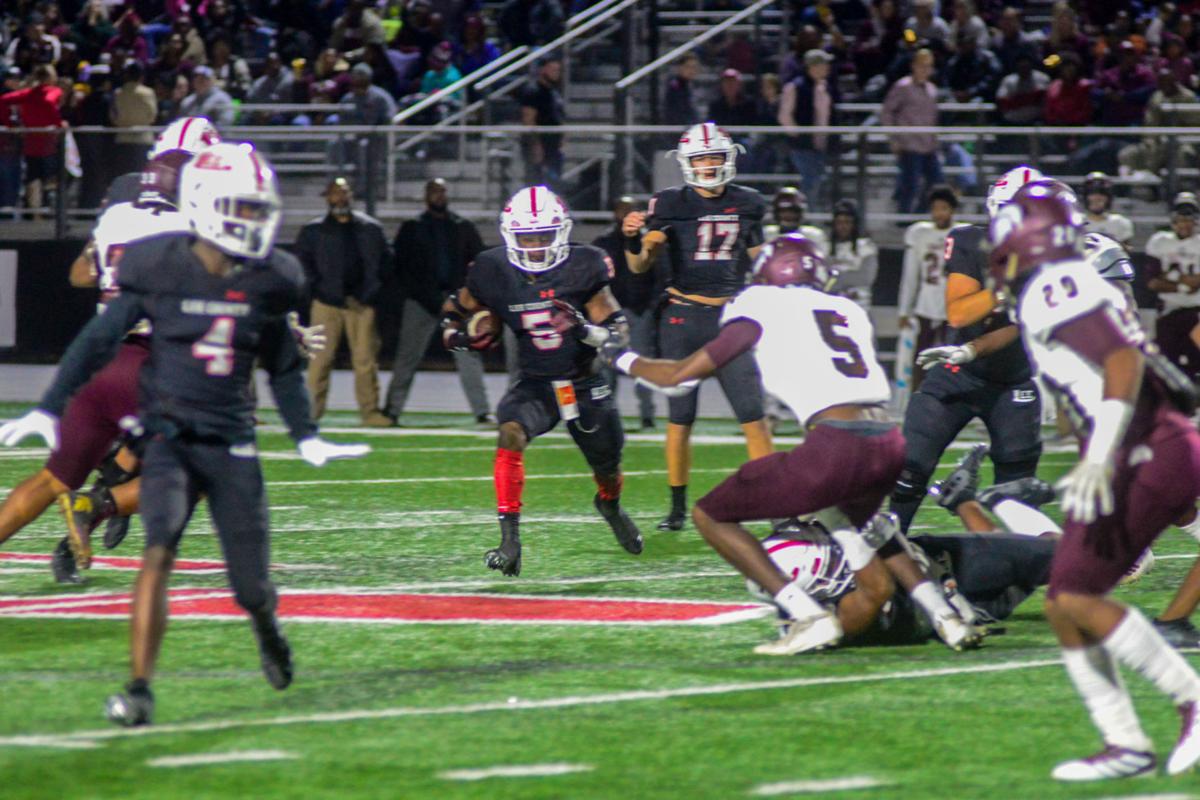 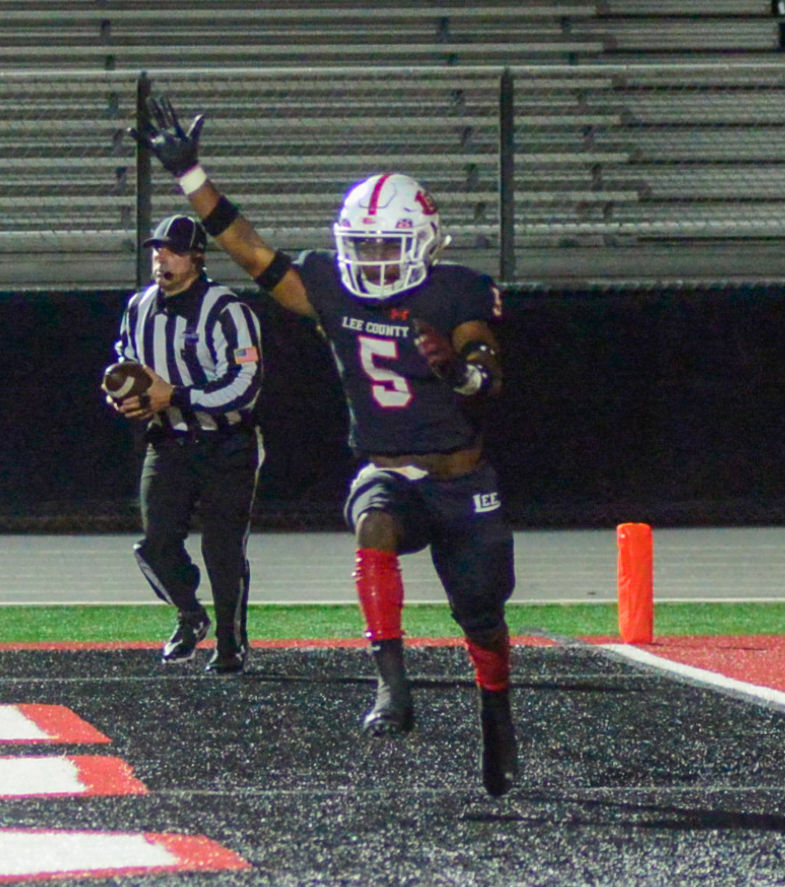 Running back Caleb McDowell (5) celebrates in the end zone after a six-yard touchdown run during the second quarter of Friday night’s game that put Lee County ahead after trailing 10-7. 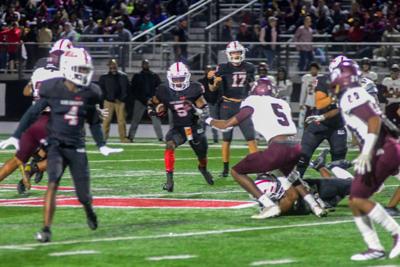 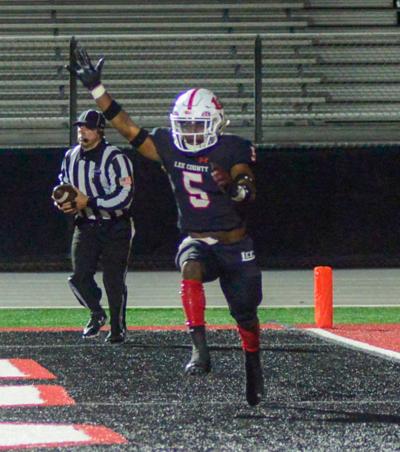 Running back Caleb McDowell (5) celebrates in the end zone after a six-yard touchdown run during the second quarter of Friday night’s game that put Lee County ahead after trailing 10-7.

Lee County junior Caleb McDowell scored three touchdowns Friday night to lead the third-ranked Lee County Trojans to their third consecutive region championship. A 35-17 win over fifth-ranked Coffee and Lee County completed their regular season with a 9-1 overall and 4-0 in the region. Now, the Trojans will host the first round of the state playoffs against Greenbriar (2-8) next Friday night in Leesburg.

“I’m really proud of these kids,” said head coach Dean Fabrizio. “To be able to win a region as tough as ours three years in a row is a real accomplishment.”

McDowell put the Trojans on the board first with a 48-yard touchdown run on the third play of the game and Lee County went up 7-0 after Austin Beaver’s extra point kick. But the Coffee Trojans responded with two scores to take a 10-7 lead. After getting a field goal late in the first quarter, Coffee took the lead on an 80-yard run around the right side of the Lee County defense by Jamal Paulk.

However, that lead didn’t last long. On the second play of the next possession, Lee County senior quarterback Kyle Toole broke loose for a 65-yard run down the Coffee sideline and was finally brought down at the six-yard line. McDowell scored on the next play to put the Lee Trojans up again. After Beaver’s kick, Lee County was up 14-10.

Lee County added a seven-yard touchdown reception from Toole to James Hopson and an 11-yard run by Christian Fraizer in the third quarter to take control in the second half. In the final quarter, McDowell got loose again and raced 47 yards for the final touchdown of the game.

Coffee (7-3) ends up as the third-place team in the region and will travel to Conyers to face Heritage High School. Valdosta (8-2) took second place in the region with one region loss and will host Lakeside of Evans in the first round. Houston County (5-5) took the final spot from region one and will travel to Augusta to take on Evans. Northside-Warner Robins, who made it to the state championship game last year against Lee County did not make the playoffs this year.

This video of J.J. Watt dancing with his grandma is the cutest thing you'll see today

Bald eagles across the United States are dying from lead poisoning

DANNY TYREE: In an age of self-indulgence, 'middlebrow' is just fine