OK
You are the owner of this article.
Edit Article Add New Article
You have permission to edit this article.
Edit
Home
News
Sports
Opinion
Features
Community
Classifieds
Multimedia
Obituaries
e-Edition
Help
1 of 8 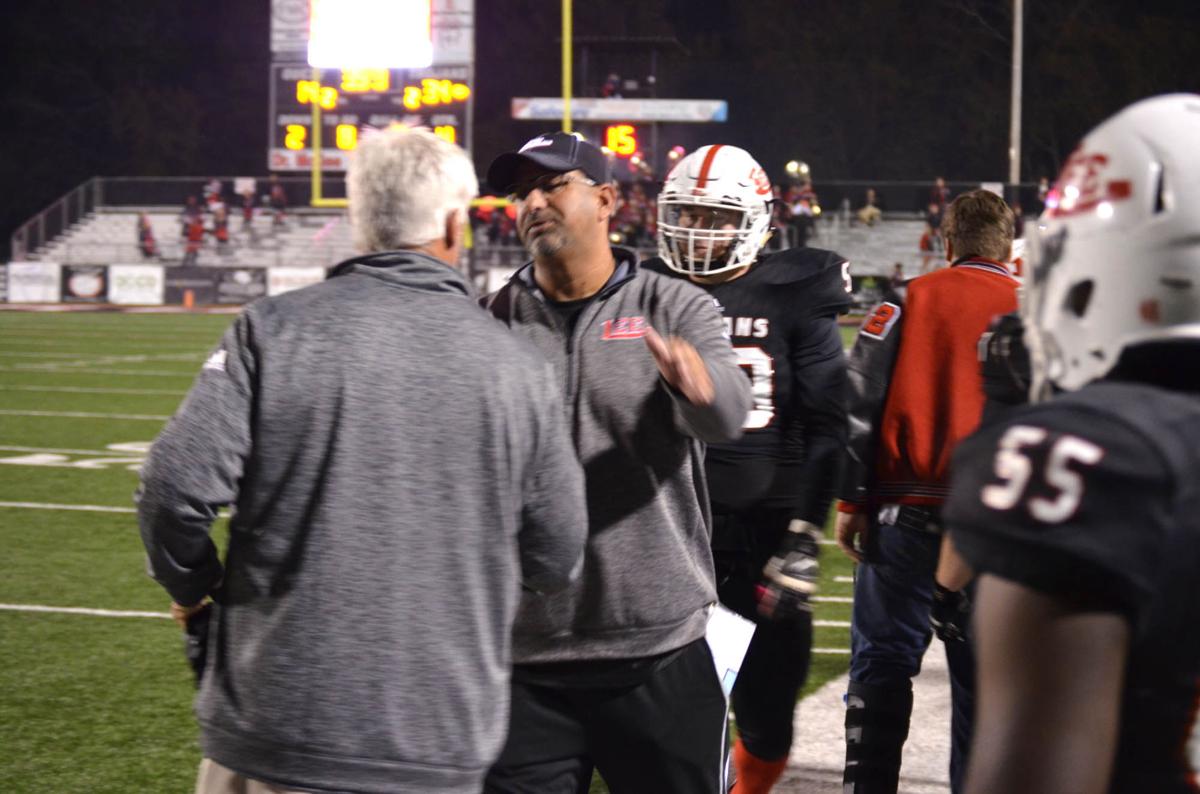 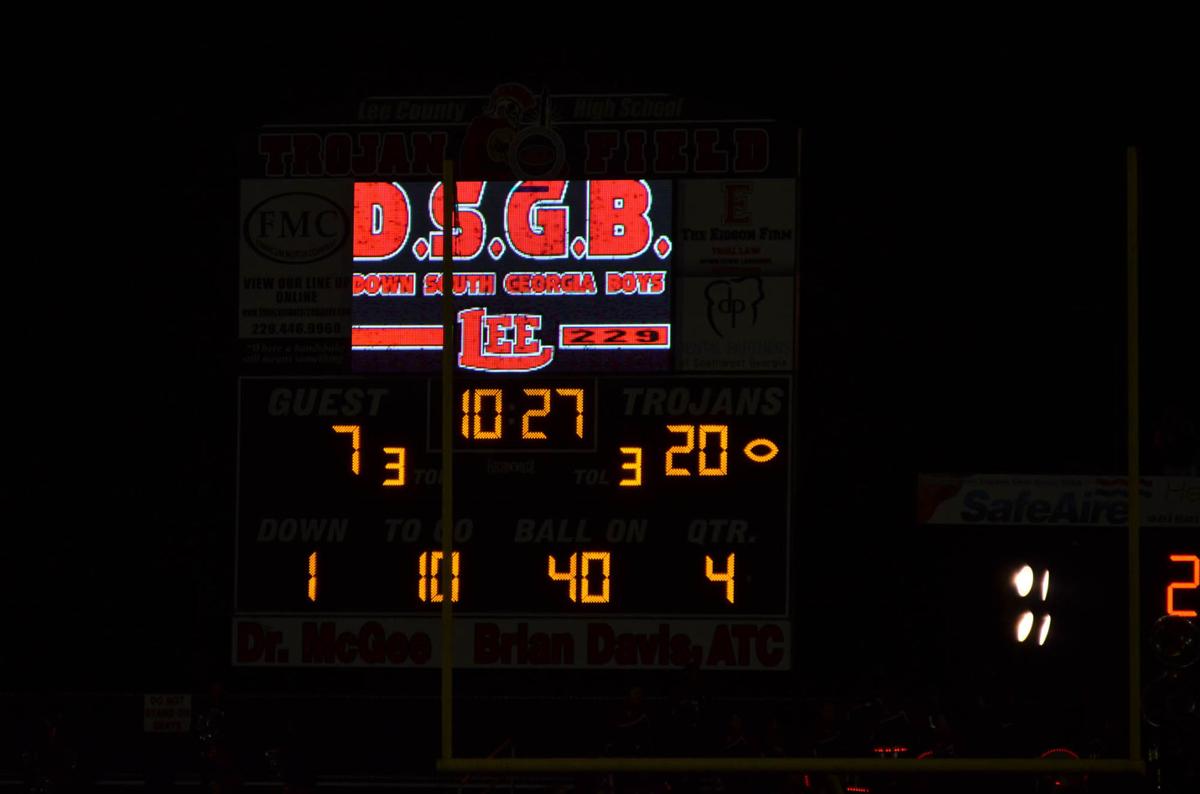 The Trojan Field video board displays the logo Lee County’s football players wore on their shirts while warming up for Friday’s game with Mays. (Staff photo: Ron Seibel) 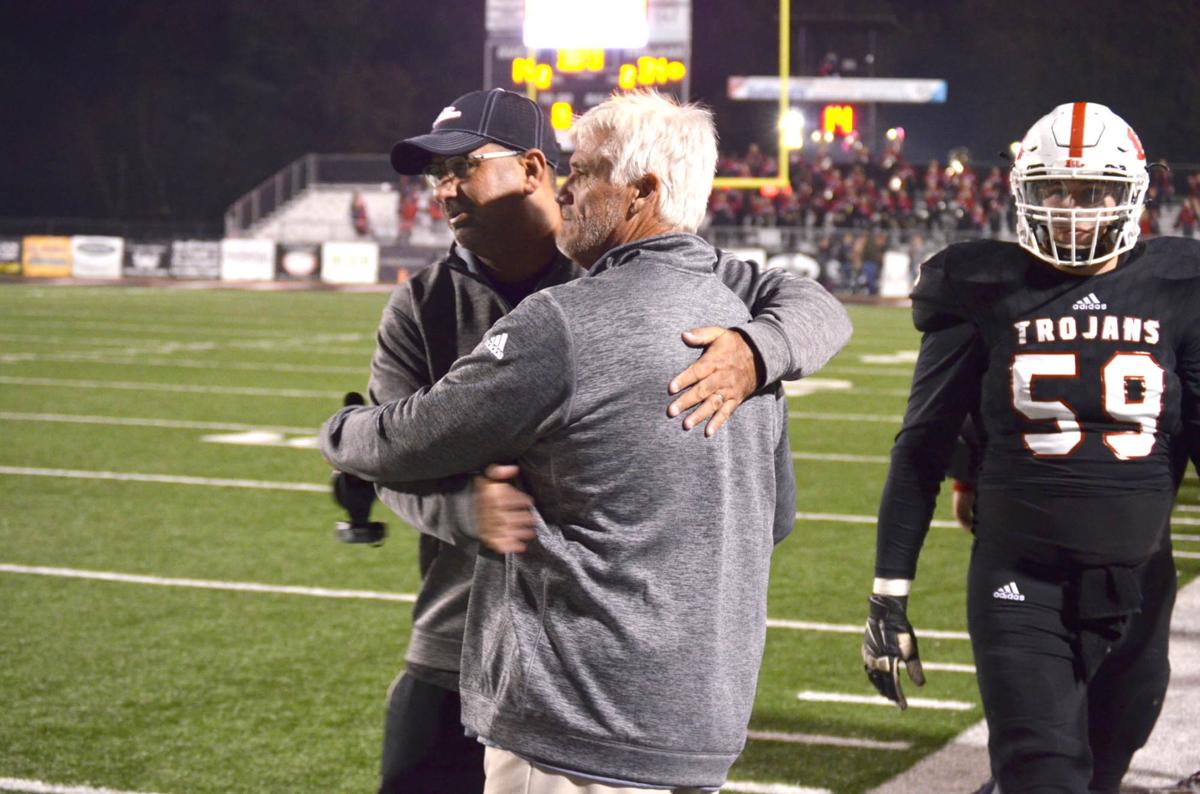 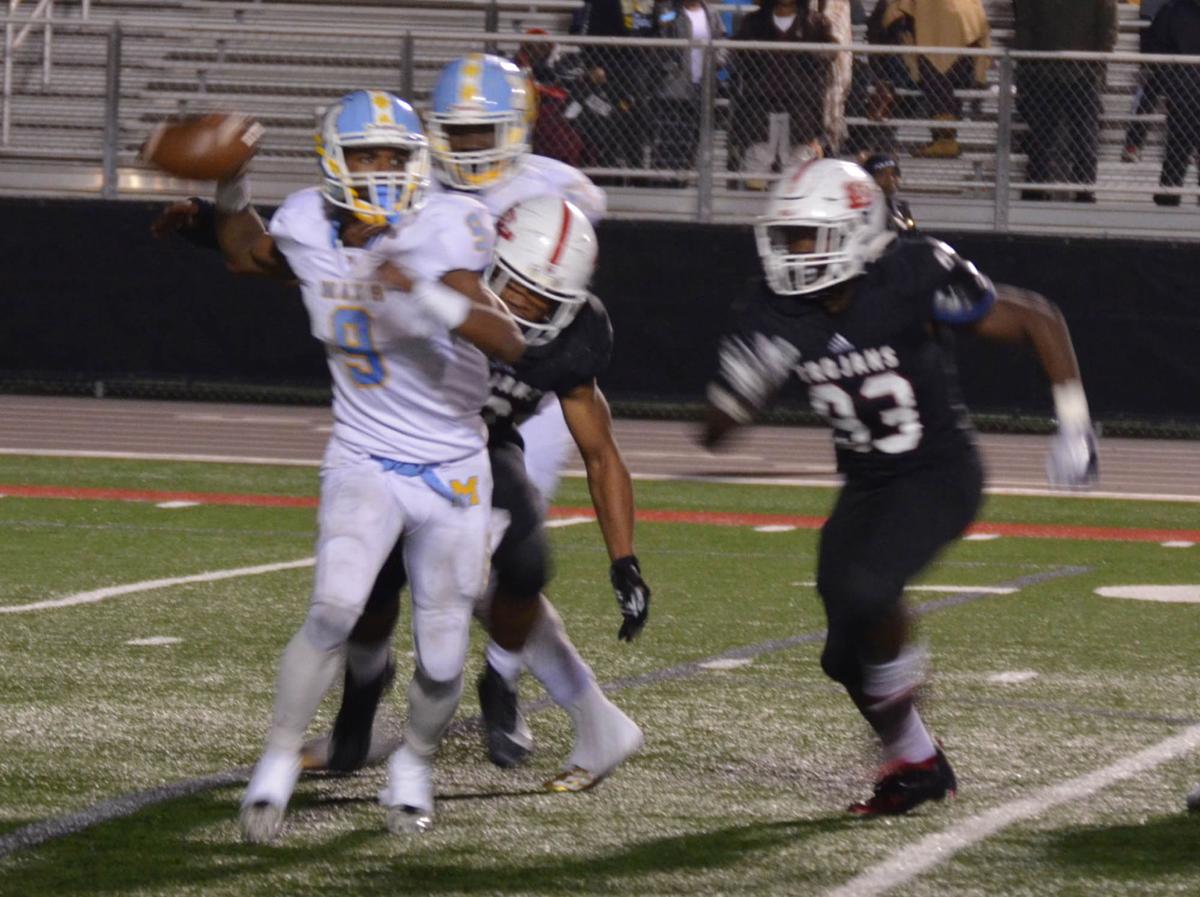 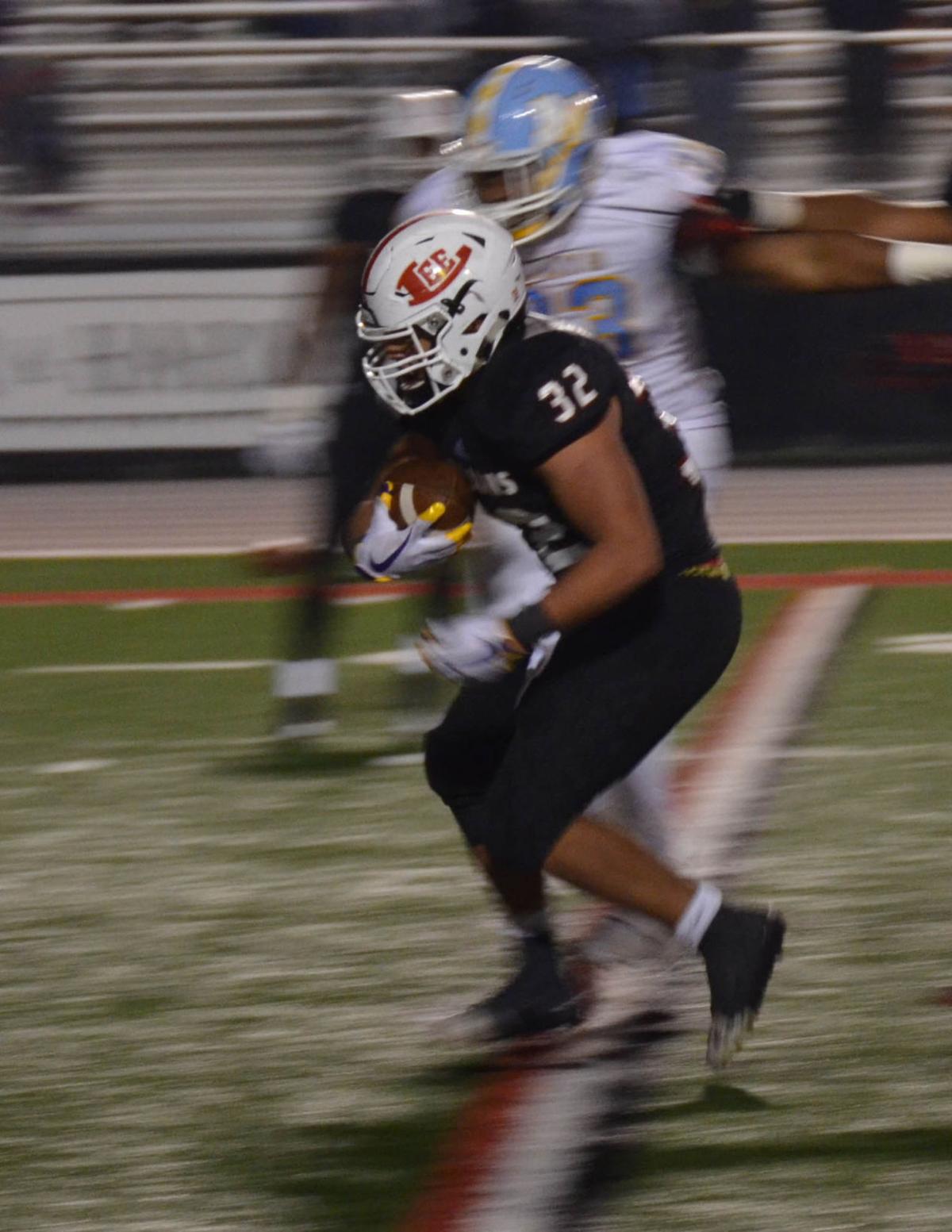 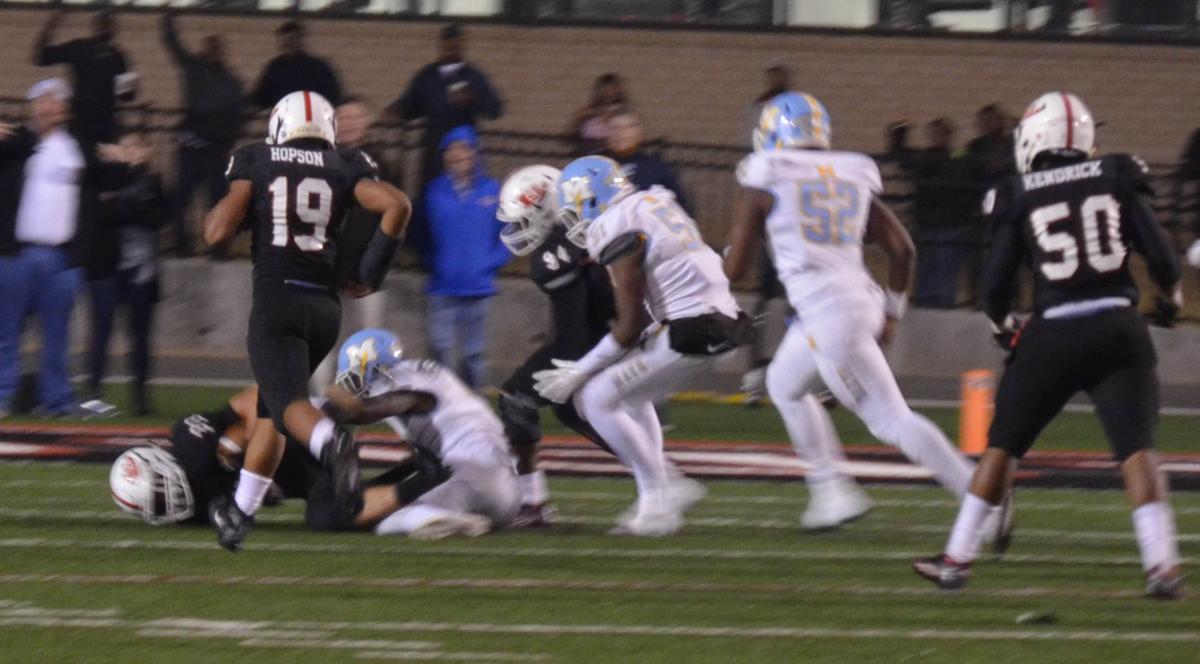 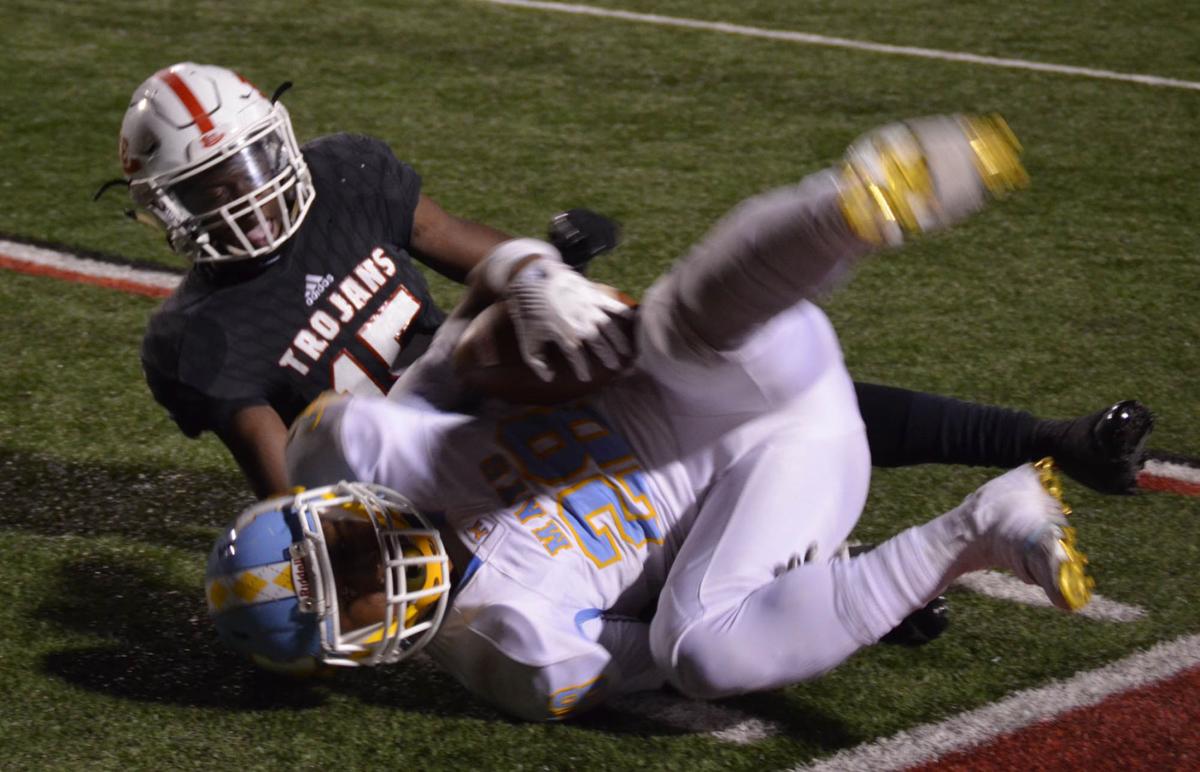 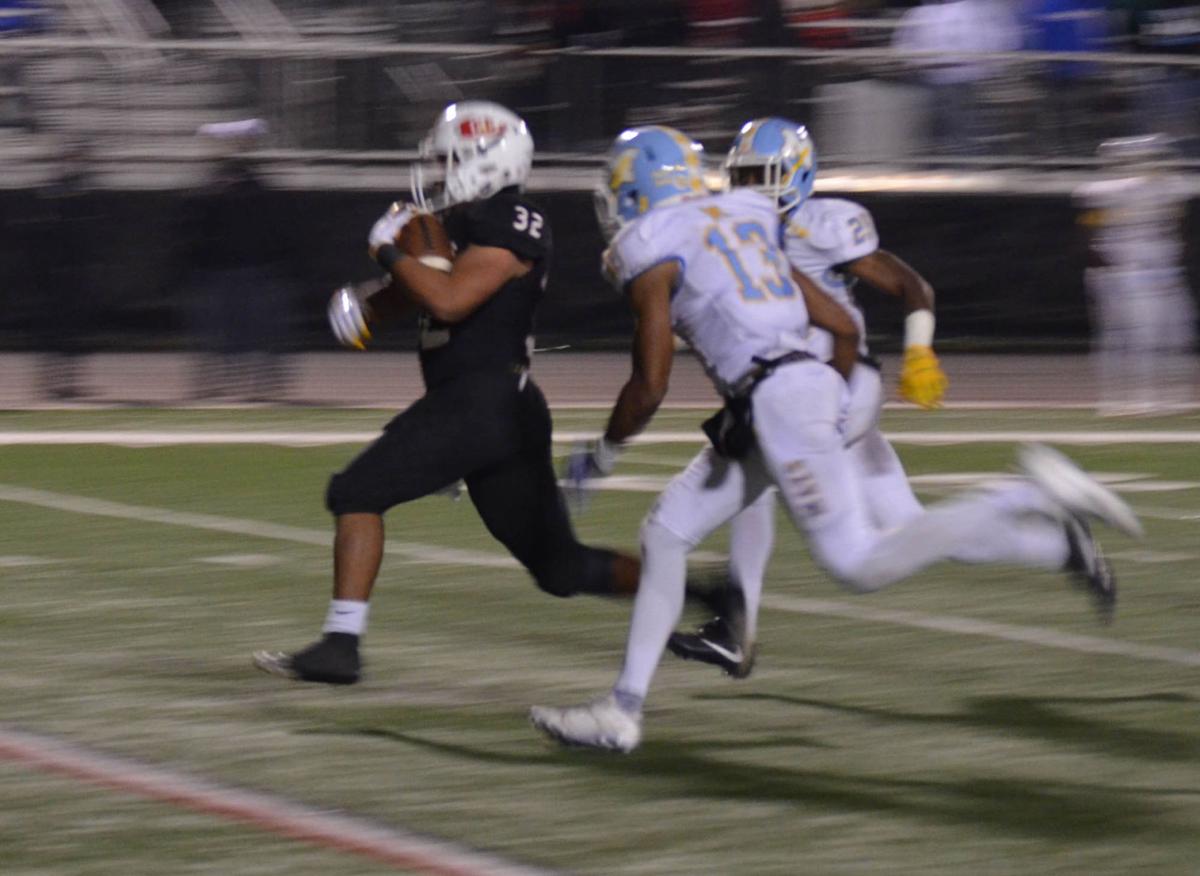 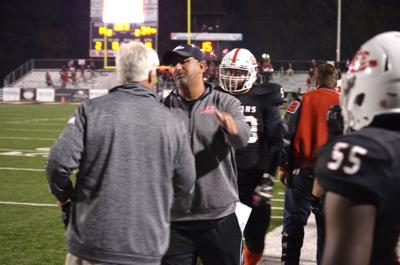 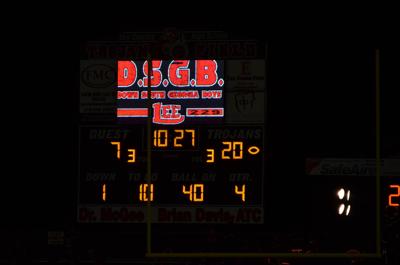 The Trojan Field video board displays the logo Lee County’s football players wore on their shirts while warming up for Friday’s game with Mays. (Staff photo: Ron Seibel)

LEESBURG — During warm-ups prior to Friday’s GHSA Class 6A quarterfinal against Mays, Lee County players wore shirts with the letters “D.S.G.B.” emblazoned on them. The same shirt design was displayed on the Trojans’ video board.

Playing motivated football from the start, third-ranked Lee County didn’t give second-ranked Mays much of a chance to move the football like the Raiders did a year ago in a second-round meeting Mays won in Atlanta. Lee County rolled to a 34-14 win, setting up a semifinal contest next Friday in Leesburg against Glynn Academy, a 31-7 winner over Harrison.

The win over Mays came in Lee County’s first quarterfinal appearance. The victory makes the Trojans (12-1) the first GHSA football team from Albany or its immediate surrounding counties to reach the semifinals since Dougherty’s 2005 Class 3A title game appearance.

“I’m just so proud of these kids,” Lee County head coach Dean Fabrizio said. “I’m so proud of the way they played. Mays has a great football team, and to be able to get a win like this in convincing fashion, I just can’t say enough about these kids and, especially, these 41 seniors.

With the exception of a couple of big plays allowed in the second half, the Lee County defense shut down Mays (11-2). The Trojans recorded three interceptions and two fumble recoveries, takeaways that Lee County capitalized on throughout the game.

The most significant takeaway came just before halftime. Tay Mayo picked off a Nick Hunter pass deep in Lee County territory and returned it 60 yards to the Mays 29. A chop block call on Mays added 15 yards to the return, setting the Trojans up at the Raiders’ 14 with 6.7 seconds remaining in the half.

Lee County decided to run a play instead of attempting a field goal, and the move paid off. Josh Asbury hauled in a touchdown pass from Jase Orndorff as time expired to give the Trojans a 17-0 lead.

“We were motivated for this,” said Lee County defensive back Otis Reese, who missed last year’s meeting because of his ejection in the previous game. “We worked all summer for this. For us to play Mays in the third round, that was amazing.”

Mays, which lost starting quarterback Jahquez Evans with 4:02 to go in the first quarter to an apparent leg injury, showed a couple of flashes reminiscent of last year’s comeback victory. Hunter completed a pass to Amir Adur Rahman that Rahman turned into an 81-yard score midway through the third quarter to make it 20-7, but that’s as close as Mays came in the second half.

A TJ Harris interception early in the fourth quarter, followed by a 50-yard run by Nikko Cruz, led to a 12-yard scoring pass from Orndoff (20-of-34, 230 yards) to Ty Terrell (five catches, 61 yards) to make it a three-touchdown game with 8:40 to go. Andy Kirt recovered a fumble deep in Mays territory two minutes later, and Cruz scored from 12 yards out on the next play to seal the victory.

Kermit Solomon had an interception in the first quarter for Lee County, while Griffin McDowell recovered a fumble while on punt coverage duty. Orndorff attempted two quick kicks in the first half, both winding up at the Mays’ 1-yard line.

Austin Beaver made field goals of 31 and 42 yards for Lee County while going 4-for-4 on extra points, while Cruz (27 carries, 144 yards) had a 1-yard touchdown late in the second quarter that was set up by a 45-yard pass to Asbury (five catches, 87 yards).

Mays’ other touchdown came about a minute after Cruz’s final touchdown run, with Kendall Wimberly catching a 38-yard touchdown pass from Hunter.

“A lot of people were saying they were the best offense in the state, and they’ve got a lot of weapons,” Fabrizio said. “They’re well-coached, and they have big, long, athletic kids. We knew it was going to be a challenge, and our kids on defense really stepped up to the challenge.”

Lee County rolls to a win over Mays in the quarterfinals of the GHSA Class 6A football playoffs.

They work abroad to feed their families. Now they can't send the money home