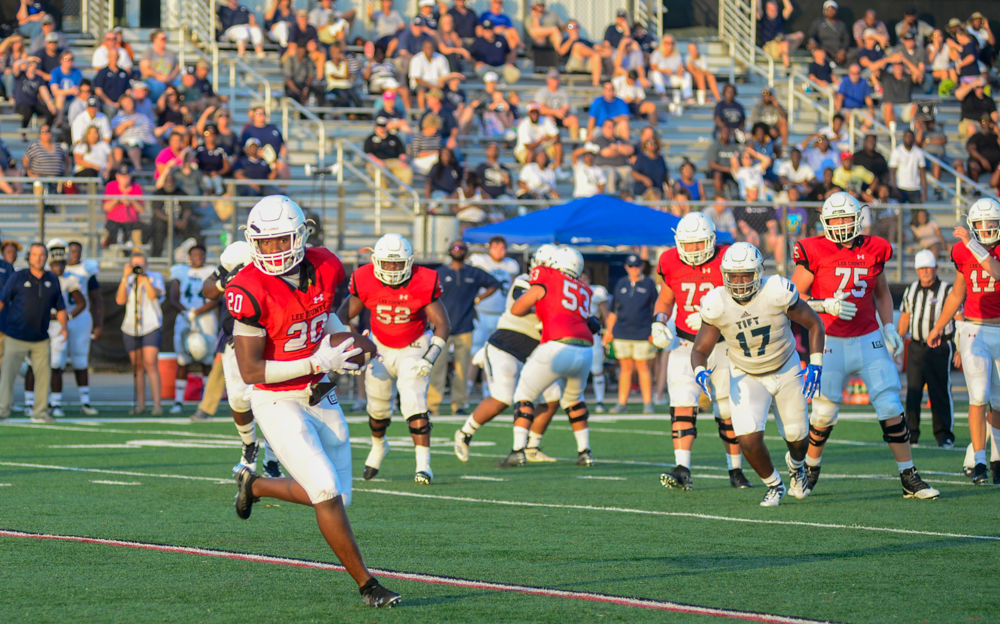 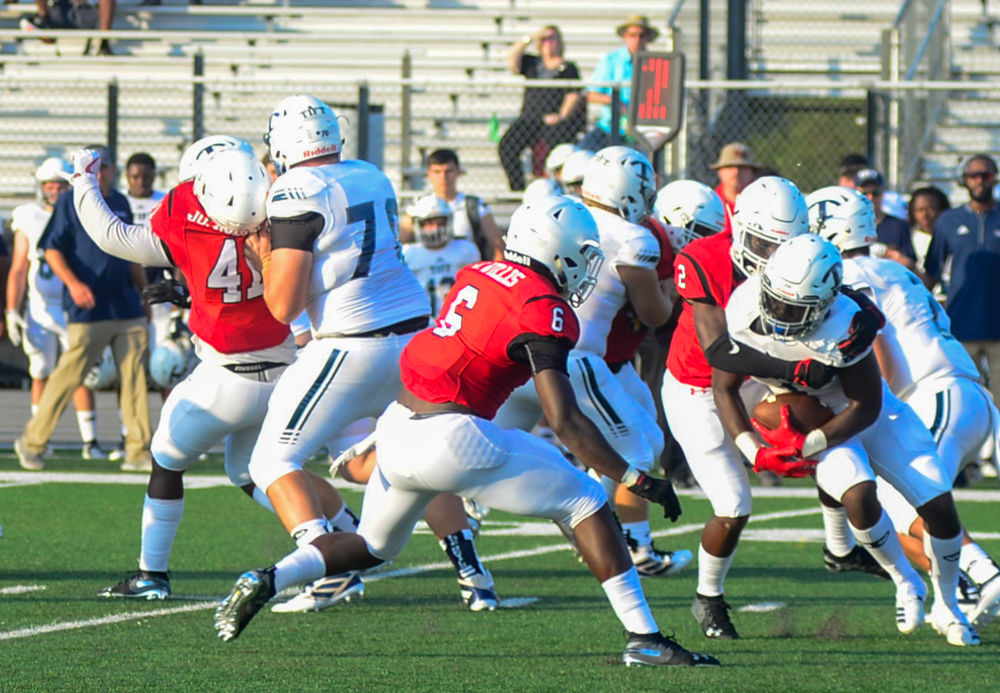 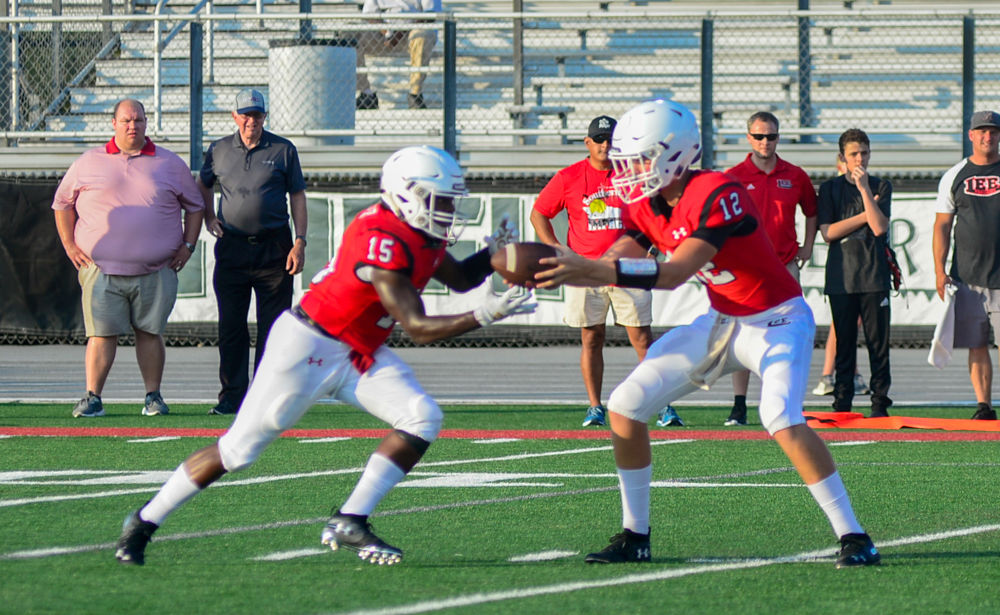 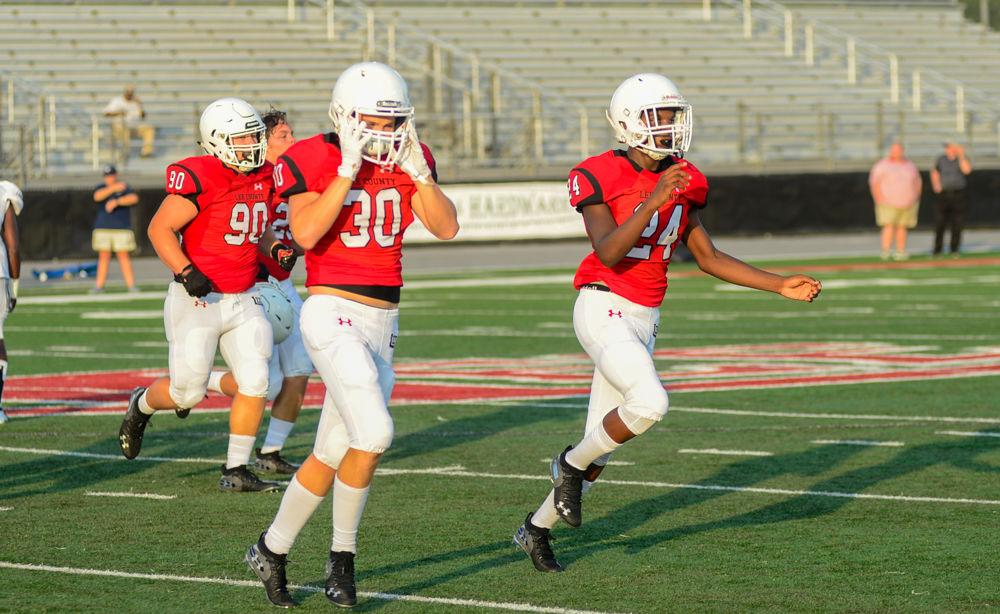 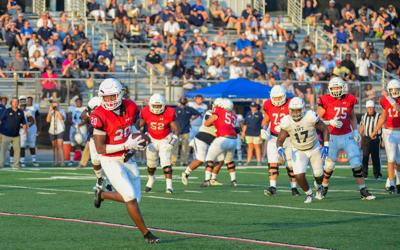 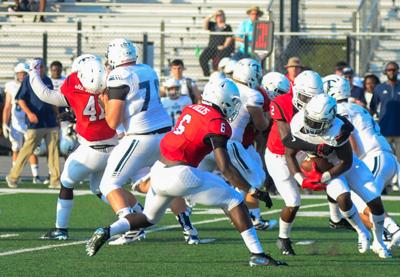 All the summer workouts and scrimmages came to an end Thursday night in Leesburg as the top-ranked Lee County Trojans battled with #9 rated Tift County in a final summer scrimmage. The Trojans won the scrimmage 13-3, and while head coach Dean Fabrizio was pleased with the scrimmage, he still sees things that need work.

“We got to take a look at a lot of kids in game situations tonight,” the coach said after the scrimmage. “We saw some really good things but also a lot we need to get better at which is to be expected at this point.”

All of the scoring came in the first half. The Trojans got on the board first with a pass from Smith Pinson to AJ Patrick late in the first quarter. The Trojan defense had stopped Tift County on their first possession and got the ball deep in Blue Devil territory when Malik Brackins blocked the punt. After two strong runs by Christian Frazier the Trojans were near the one-yard line before the Blue Devil defense tightened up and moved the ball back to the four. On a fourth-down play, Pinson hit Patrick just inside the end zone for the score.

Toward the end of the second quarter the first team offense came back onto the field and moved the ball quickly down the field against the Blue Devils. Runs by Caleb McDowell and Preston Simmons were followed by passes from senior quarterback Kyle Toole to Chauncey Magwood, James Hopson and Tyrus Washington. Washington took the ball down to the four and on the next play Toole handed off to Simmons who went into the middle of the line and was stopped at the three but kept driving and was pushed into the end zone by a host of Trojans.

Fabrizio said there were no significant stats on the night because so many different players took part in the scrimmage.

The scrimmage capped a hot summer of workouts for the two-time defending state champions who now head into the regular season next Saturday night. The Trojans will host Dougherty Saturday night in Albany at the Albany State University Coliseum. Kick-off is set for 7 p.m.

Using data from Niche, Stacker compiled a list of the 100 best public colleges in America, from major universities to small, specialized colleges. Click for more.

POLL: May is National Barbecue Month. Which BBQ sauce style is your favorite?

CURTIS HONEYCUTT: A lightning round of linguistic limbo