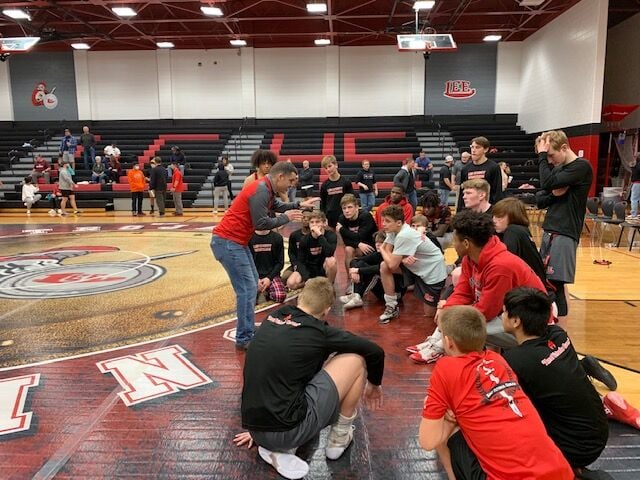 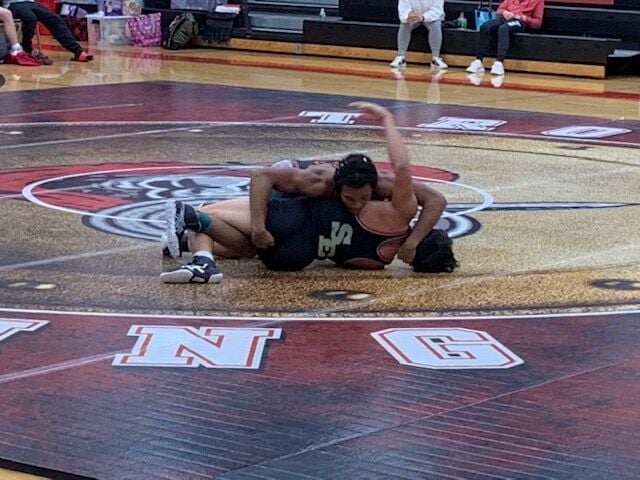 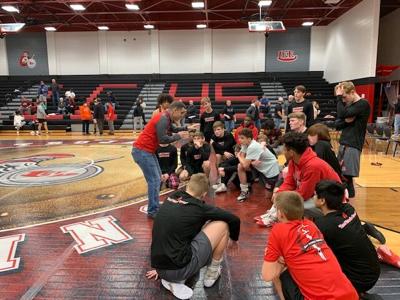 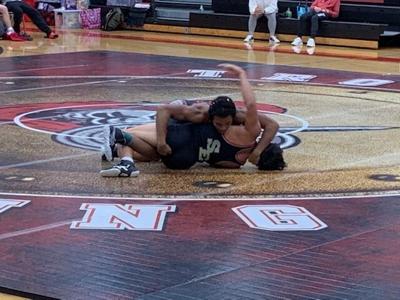 Consistently earning first takedowns in matches, usually in the first 30 seconds, while defensively not allowing many takedowns, the Trojans took control of individual matches against the Mustangs during a dominating 56-17 dual match win at the Lee County gym.

The victory pushes the Trojans into next Saturday’s Class AAAAAA State Duals Championships at Lassiter High School near Marietta as one of the final eight teams standing statewide in the classification.

“Overall, they did well,” Lee County head coach Chris Morton said of his wrestlers’ performance against South Effingham. “I saw a couple of spots where we need to improve. We cannot give up the pins if want to win next weekend. We just cannot do that.”

The Trojans will not know their opening opponent for the state meet until Monday upon completion of the state’s seeding process.

On Saturday, the Region 1-AAAAAA champions received an opening-round bye after Region 4’s No. 4 team elected to not come to Leesburg. South Effingham routed Grovetown 58-16 in the other opening-round contest.

The Trojans quickly took control against South Effingham – both in individual matches and in the team dual.

In 10 of the 13 contested matches, Lee County wrestlers earned the first takedown, most not long after the opening whistle. Six takedowns were within a period’s first 30 seconds, including three in the first 10 seconds.

“I want us pushing the pace and pressing forward,” Morton said. “I don’t want to see us retreating off the (starting) line. I am looking for us to come in attacking.”

The attacking mode led to victories as Trojan wrestlers earned seven wins by pinfalls and four off decisions with two decisions by margins of eight or more points.

They also excelled on defense, rarely allowing the Mustangs good penetration shots or opportunities for turns toward takedowns or near falls. The Trojans gave up only five takedowns in 13 matches – and two came in one match. Only twice all day did a Trojan have his back in a near fall criteria – both during the losses by pins.

“We definitely have improved on that,” Morton said of the defense. “Matching head position is really critical. The sprawls are getting there. It is not 100 percent, but we are improving.”

The combination of aggressive wrestling and strong defense resulted in Lee County outscoring the Mustangs 89-32 in the 13 contested matches with 13 of the points allowed in one match. The Trojans trailed in only four individual matches.

They also seized command on the team scoreboard, winning the first six matches to build a 28-0 lead. Drake McMinn and Dallas Brewer earned second-and first-period pins, respectively, in the 126 and 132-pound weight classes to start the dual. Kobe Bailey followed with a 5-3 win at 138 and Logan Frost won on a second-period pin at 145. Justin Gregory captured a 7-2 decision at 152 and David Lowe claimed a 12-4 victory at 160.

South Effingham’s Brayden Bell won at 170, winning in overtime with a takedown and pin over Lee’s Aiden Chilson after a 2-2 tie in regulation. Chilson nearly won in the final seconds of regulation, just missing on an escape as time ran out.

The Trojans won the next three individual matches to build a commanding 46-6 advantage.

Bradyn Suber (182) and Dylan Burke (220) earned second-period pins, while Reese Wright, who came out three weeks ago after football, earned a dramatic win at 195. Trailing 13-8 after allowing a reverse early in the third period, Wright reversed back with 1:36 left and pinned the Mustangs wrestler nine seconds later. Wright’s win officially sealed the team victory.

“He has only been wrestling three-four weeks and he doesn’t know enough yet,” Morton said. “He can’t anticipate the moves yet or when something presents itself and what it is. I am glad he got that win. That was a confidence booster.”

After allowing a forfeit at 285, the Trojans won two of the final three matches. Riley Brewer captured a 12-0 victory at 106 pounds and Jose Olalde earned a pin in the third period at 120.

South Effingham’s Jacob Galindez earned a second-period pin in between at 113 over Alex Tabb.