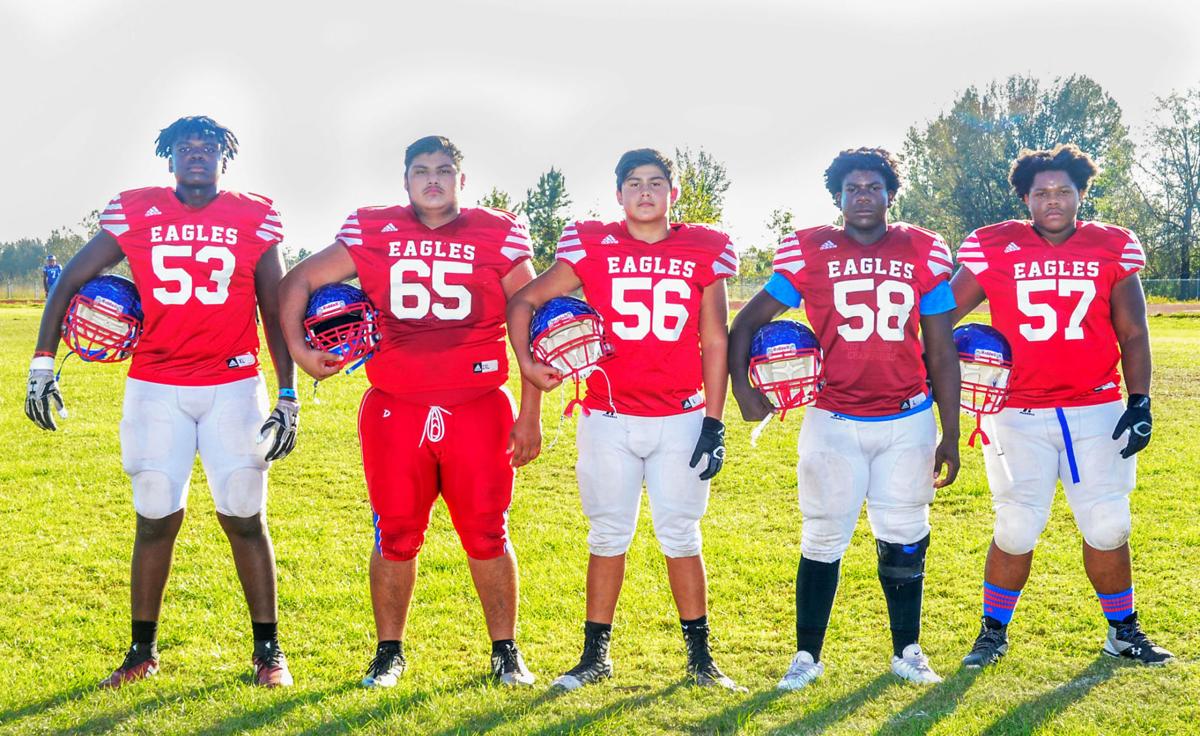 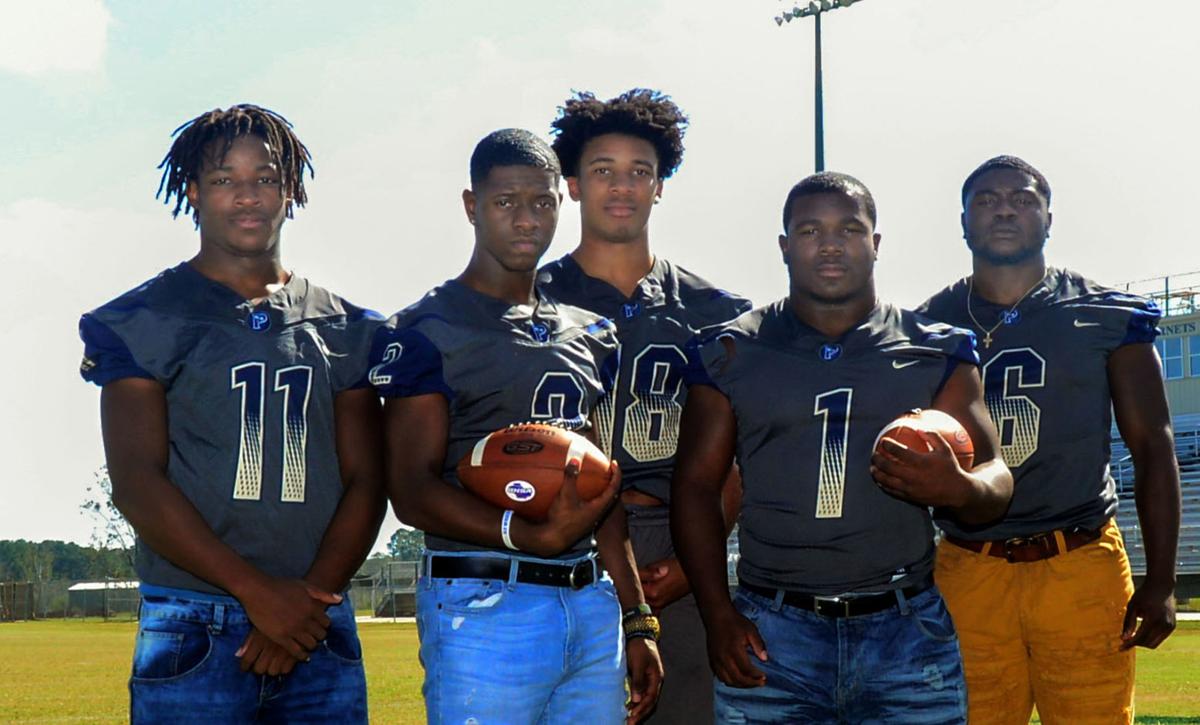 Darrell Starling (11), Treun Pace (2), Kendrick Patterson(18), Javoris Williams (1) and Malik Mango (6) have all been playmakers for the Pelham Hornets on both sides of the ball. 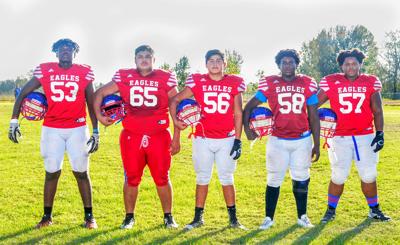 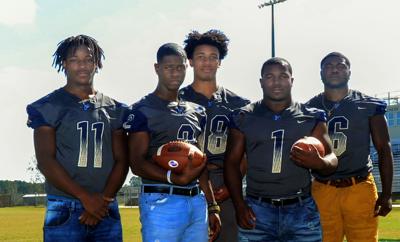 Darrell Starling (11), Treun Pace (2), Kendrick Patterson(18), Javoris Williams (1) and Malik Mango (6) have all been playmakers for the Pelham Hornets on both sides of the ball.

This Friday is an even bigger deal for Pelham and Mitchell County as they square off in the highly anticipated Class A Region 1 Championship.

This year, the Mitchell County Eagles come in with an 8-1 overall record having won eight straight games since a season-opening loss to seventh-ranked Brooks County, which plays in Class 2A. The Eagles are 8-0 in region games and have outscored their region opponents 356-32, including four straight shutouts.

They will face the Pelham Hornets, who are 9-0 and are currently ranked sixth in the state. In their one nonregion game, the Hornets blasted Macon County 41-0 and are also 8-0 against region opponents. In region play, the Hornets have outscored their opponents 470-59.

“You can take all the statistics and numbers and throw them out of the window for this game,” said Pelham head coach Dondrial Pinkins. “The game is about bragging rights. As soon as this game is over, people will start talking about the next time these teams will line up.”

Pinkins, who is in his fourth year as head coach at Pelham, knows the rivalry all too well. He graduated from Mitchell-Baker High School and played in the series during his high school years in Camilla. Now he is on the other side.

Pinkins’ counterpart Friday night will be Mitchell County’s head coach, Deshon Brock. Brock is in his second year as the Eagles’ head coach and led his team to the region title last year.

“What happened last year is not going to help this Friday night,” Brock said. “These are not the same teams as last year. We can’t focus on last year; we have to focus on what is happening now.”

What is happening is that both teams bring big offensive numbers and a strong defense to the field.

The Hornets are led offensively by a pair of junior quarterbacks, Kendrick Patterson and Darrell Starling, who share time under center. Patterson, who usually starts for Pelham, has scored a total of 33 touchdowns and piled up 1,342 total yards this season between passing, rushing and receiving. Starling has scored 18 touchdowns and piled up 1,082 yards for the Hornets. Senior running back Javoris Williams leads the rushing attack for Pelham with 351 yards on only 29 carries for an average of 12 yards per carry. He has also scored a total of 12 touchdowns.

The Eagles are led by junior quarterback James Thomas. Thomas has amassed 1,543 total yards this season and thrown 15 touchdown passes and rushed for nine more. Sophomore running back Xavier Williams has rushed for 410 yards on 49 carries to lead the Eagles’ rushing attack. He has also scored six touchdowns.

On defense, the Hornets are again led by Williams, who has recorded 53 tackles, one sack and caused a fumble.

The Eagle defense is led by a pair of seniors in Shawndell Smith and Malik Barnes. Smith, a defensive tackle, and Barnes a middle linebacker, lead the team in tackles and tackles for loss.

Neither team has faced a serious challenge through region games, but both coaches believe they are ready for the battle.

Brock said his players have to play physical and fast for his team to be successful.

“Pelham is talented and well-coached,” he said. “We have to execute on both sides of the ball. We need a full team effort to win. We can’t win with just one or two players doing well.”

Pinkins had similar thoughts and said his team goes through difficult tasks Monday through Thursday to be able to overcome difficult situations on Friday night.

“Our biggest obstacle is us,” he said. “We have to eliminate mistakes and focus on execution. If we can handle these things in practice against each other, we should be able to handle tough situations on Friday night. Our goal is to play better each week. We need to play better this Friday night than we did last Friday.”

Win or lose, both the Eagles and the Hornets will move on to the playoffs after Friday night’s game. Kickoff for the matchup will be in Pelham at 7:30 p.m. Friday night

Are you getting a tax refund this year?

This poll is for entertainment purposes only.