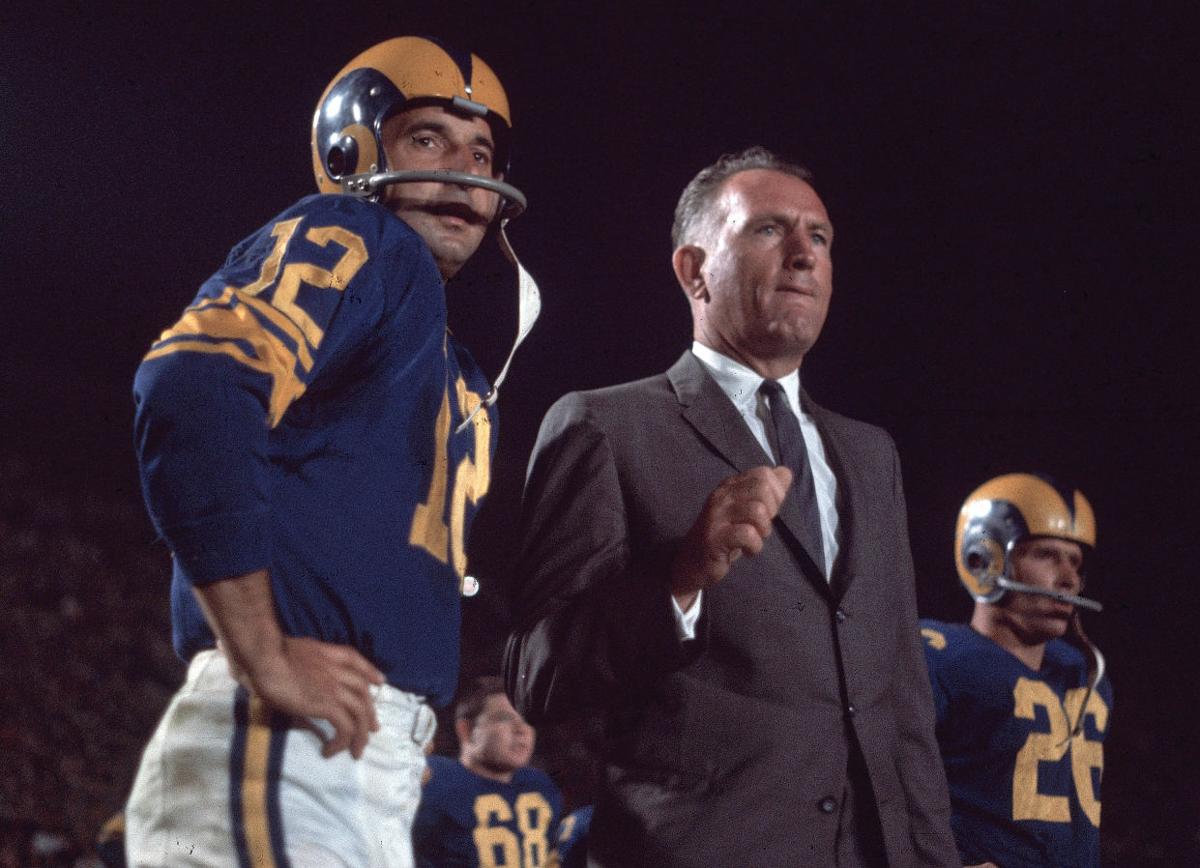 SANTA ROSA BEACH, Fla. – Zeke Bratkowski spent more than four decades of his life on the biggest stages of the National Football League, as a player and coach, and then settled down in this laid-back, seaside community in the Florida panhandle to live out his life in gratifying serenity.

He was a man without avarice or greed, one who would always lend a helping hand to those in need. He would get your ox out of the ditch.

The highlights in his distinguished athletic career far outweigh any downturns which were as scarce as a loss at Lambeau Field during the Titletown era of which he was an integral part. The Lombardi Packers! Ah, those halcyon days, when the NFL outpost that was Green Bay, became the epicenter of professional football. Starr, Thurston, Taylor, Dowler, Davis, Hornung, Adderly and Zeke. “And all the rest,” Zeke would say if he were privy to these ruminations.

No player ever championed team first-concepts like Zeke who was a rifle-armed All-American for Coach Wallace Butts at Georgia in the early '50s. A native of Danville, Ill., Zeke’s journey to Athens was brought about in part with his high school coach being Paul Shebby, who was also Charley Trippi’s high school coach.

Zeke is, perhaps, the most famous backup quarterback in NFL history. When Bart Starr was sidelined for a play, a series, a game or half a season, Zeke took over, and the Packers' run oriented offense never missed a beat. Mainly because Zeke always diligently prepared himself to be ready if needed.

He and Starr and their families were the closest of friends. There has never been a greater mutual admiration society than with Zeke and Bart. There was deep and abiding respect for the other. In my files, there are recorded interviews in which there was a mutual lionization which confirms, at least from this corner, the Lombardi Packers were more often invincible because they truly put the team first. This is why I have always believed that Lombardi’s leadership qualities made him eminently worthy of the label, “Great.” The appellation “great,” if you know what I mean, is not for every coach.

“My role (at Green Bay) was just tremendous,” Zeke once told me. (Bart and I) became close friends as soon as I arrived. He became my closest friend in the world. If I went into the game, he would be my biggest booster. When he was playing, and he came off the field, I would be the first person he (sought out), and he would say, ‘What do you think?’ I would tell him what I thought about the defense the other team was playing. We tried to come up with something that would work for us. It was just a great experience to play with Bart at Green Bay.”

An example of how it worked for Starr and Bratkowski was graphically defined in the Western Conference playoff in 1965 at Green Bay when Starr was injured early in the game. Bratkowski came on in relief, completing 22 of 39 passes to lead his team to victory. All Packer partisans — from teammates to coaches to rabid fans — became accustomed to the offense flourishing when Zeke took the field in relief.

Several years ago, an invitation went out to Jerry Kramer, the author of “Instant Replay,” and later, “Distant Replay,” to speak in Athens. Zeke was also invited to join Kramer for a golf outing, hosted by the UGA Hall of Fame chapter. Following a shrimp cookout, the two legendary Packers sat on my back porch and told Lombardi stories that an eager corps of listeners swooned to with visions of Jimmy Taylor and Paul Hornung “running to daylight” behind Kramer and Fuzzy Thurston with Zeke on the headphones trying to spot a weakness with the defense.

They chuckled at Lombardi’s idiosyncrasies constantly referring to him as “Coach Lombardi.” Their respect for their coach earned the respect of all who knew them. Getting to know those Lombardi Packers is a memorable vignette from the past.

Zeke and Lombardi had much in common, which included attending mass daily — the old quarterback did at St. Rita’s Catholic Church near the beach where Zeke’s friends say he often took respite to commune with nature. Zeke was a man of unbending faith and believed nature was the handiwork of the God he served.

Several friends of his late son Steven, traveled from the Memphis area for the service. Steven died tragically in a jet ski accident almost 30 years ago. “Steven was my best friend,” said Coleman Connell, a colorful Ole Miss alumnus. “There was no way I was not going to come pay my respects to his dad.”

As Zeke’s pretty widow, Mary Elizabeth, nicknamed M. E., dating back to her coed days at UGA, managed her emotions with poise as a eulogist recalled a time when Zeke ordered flowers at a florist shop one day for his wife which prompted the florist to ask what the special day was for M. E. “No special occasion,” Zeke replied. “She is special to me every day.”

Zeke Bratkowski was always about family whether it was the teams he played on, especially those Lombardi Packers, or at home with his first family.