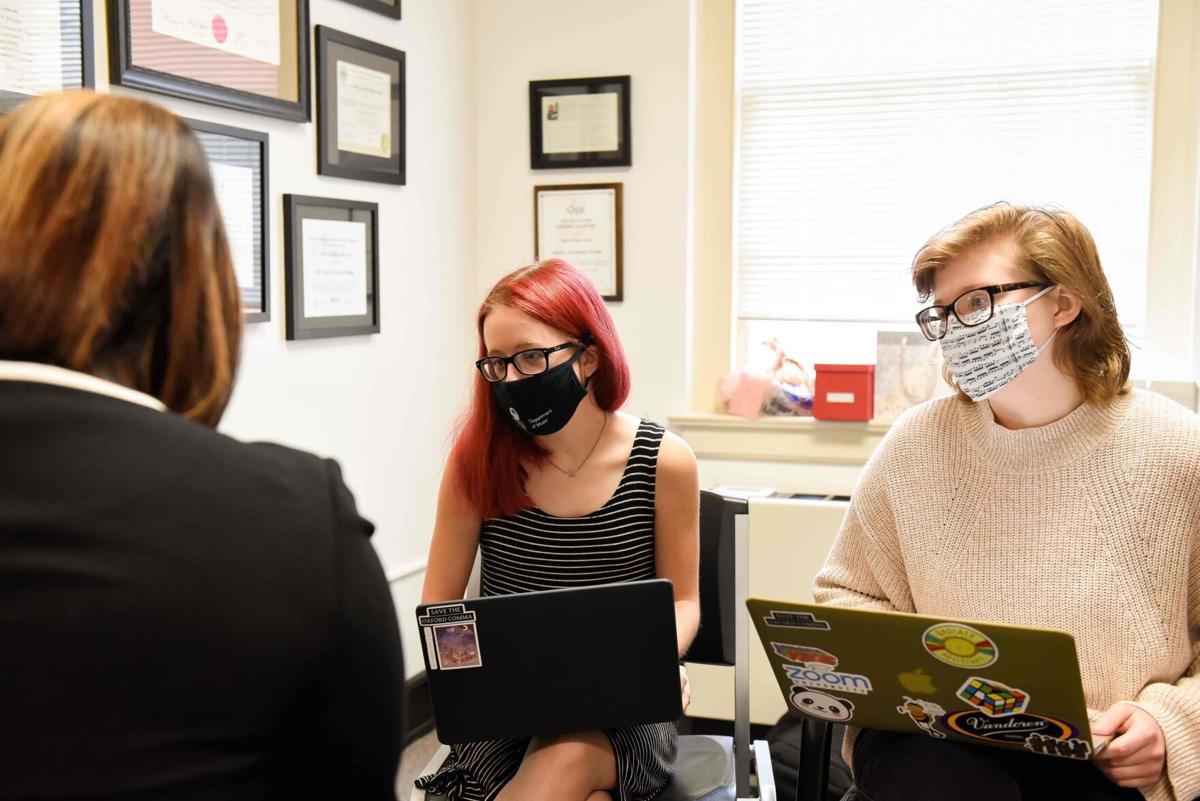 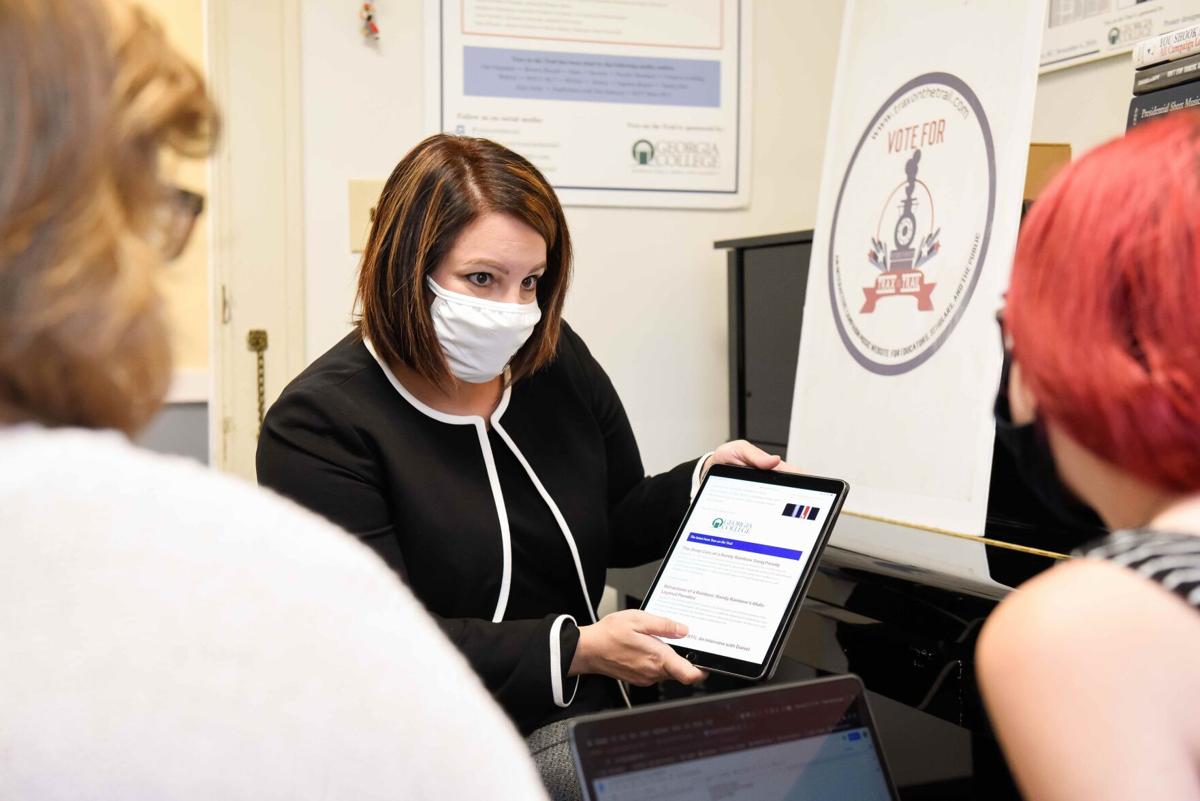 Dana Gorzelany-Mostak is Georgia College's Trax founder and an assistant professor of music. 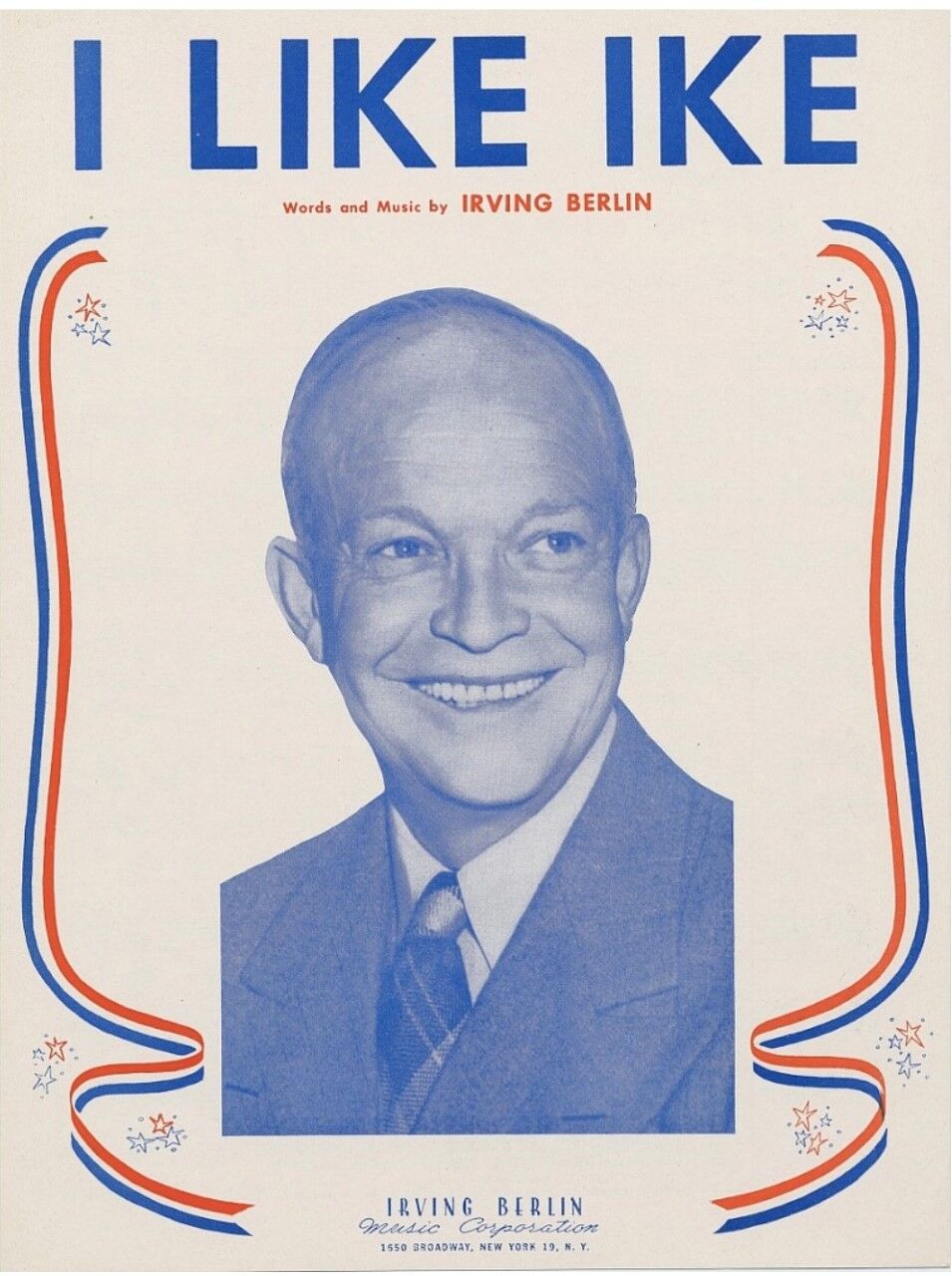 “I Like Ike” became a popular song during President Dwight Eisenhower’s campaign. 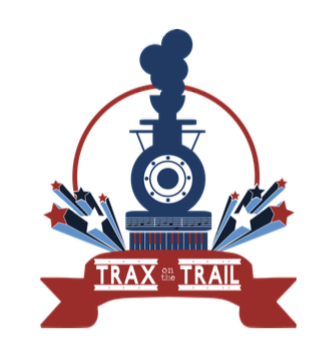 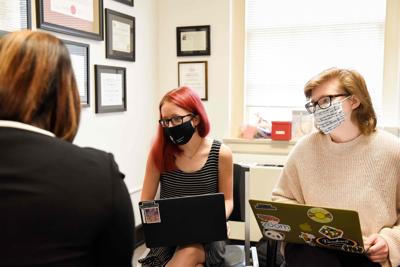 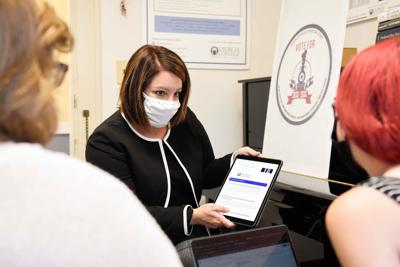 Dana Gorzelany-Mostak is Georgia College's Trax founder and an assistant professor of music.

“I Like Ike” became a popular song during President Dwight Eisenhower’s campaign.

MILLEDGEVILLE — Picking the right presidential candidate can be tricky in the best of times. Just in time for early voting this month, however, comes something everyone can get behind: music.

Georgia College’s updated and improved “Trax on the Trail” website is a serious study of the science of music and political strategy. Songs on the campaign trail often evoke nostalgia, even lightheartedness. They boost a candidate or poke fun, halt indecisiveness and influence voters.

Music also can bring people together during a divisive period in history.

“The work we do at Trax is really important in the sense it combines something that people are often hesitant to talk about, like politics, with something everyone has an opinion about, which is music,” said Haley Strassburger, a senior music education major from Atlanta and research assistant at Trax. “By focusing on music candidates use and how it impacts the political soundscape, we’re able to simplify the complexity of politics and make it more approachable.”

Trax is a “central hub” where scholars and the public can discuss evolving soundscapes and ways songs are employed, said Dana Gorzelany-Mostak, Trax founder and assistant professor of music. The website catalogues more than 8,000 songs from the 2016 and 2020 campaign trails. There are podcast interviews with music and political experts, as well.

The bipartisan team of musicologists, political scientists, educators and Georgia College students is constantly updating information. The site delivers up-to-the-minute coverage and essays on relevant topics. One by E. Douglas Bomberger delves into “unsettled times” much like our own. Events preceding the 1920 election “parallel closely” to 2020 with “a global pandemic, an increase in racial and ethnic injustice” and a president who contracted the Spanish flu virus.

Like then, songs still pique the interest of marginalized voters and reveal strategic shifts in campaigns.

Since the early days of campaigning, toe-tapping tunes have been associated with presidential candidates. Examples include “Tippecanoe and Tyler Too,” “Lincoln and Liberty,” “Get on the Raft with Taft,” “Keep Cool and Keep Coolidge” “Row, Row, Row With Roosevelt” and “I Like Ike.” Modern candidates like Lyndon B. Johnson, John F. Kennedy, Richard Nixon and Jimmy Carter sustained the trend.

President Trump continues his use of country songs that helped propel him to victory in 2016. Like Ronald Reagan in the early 1980s — Trump uses Lee Greenwood’s “God Bless the U.S.A.” Former Vice President Joe Biden leans heavily on music President Obama used — rhythm and blues from the 1960s and ’70s. During the recent Democratic National Convention, Biden repeatedly used “My City in Ruins” from Bruce Springsteen’s “Rise Up” album.

There are humorous parodies like “I Think My Dog’s a Democrat” and “Big Bad Don” to keep politics from getting too serious.

“People come to our site because they find themselves entertained, annoyed or intrigued by music they hear on the trail,” Gorzelany-Mostak said. “But we hope, as they read our essays and listen to our podcasts, the takeaway will be something more.”

Kevin Hart is ready for the revived MDA telethon

Submit your photo to the J&J Enterprises Pumpkin Carving Contest