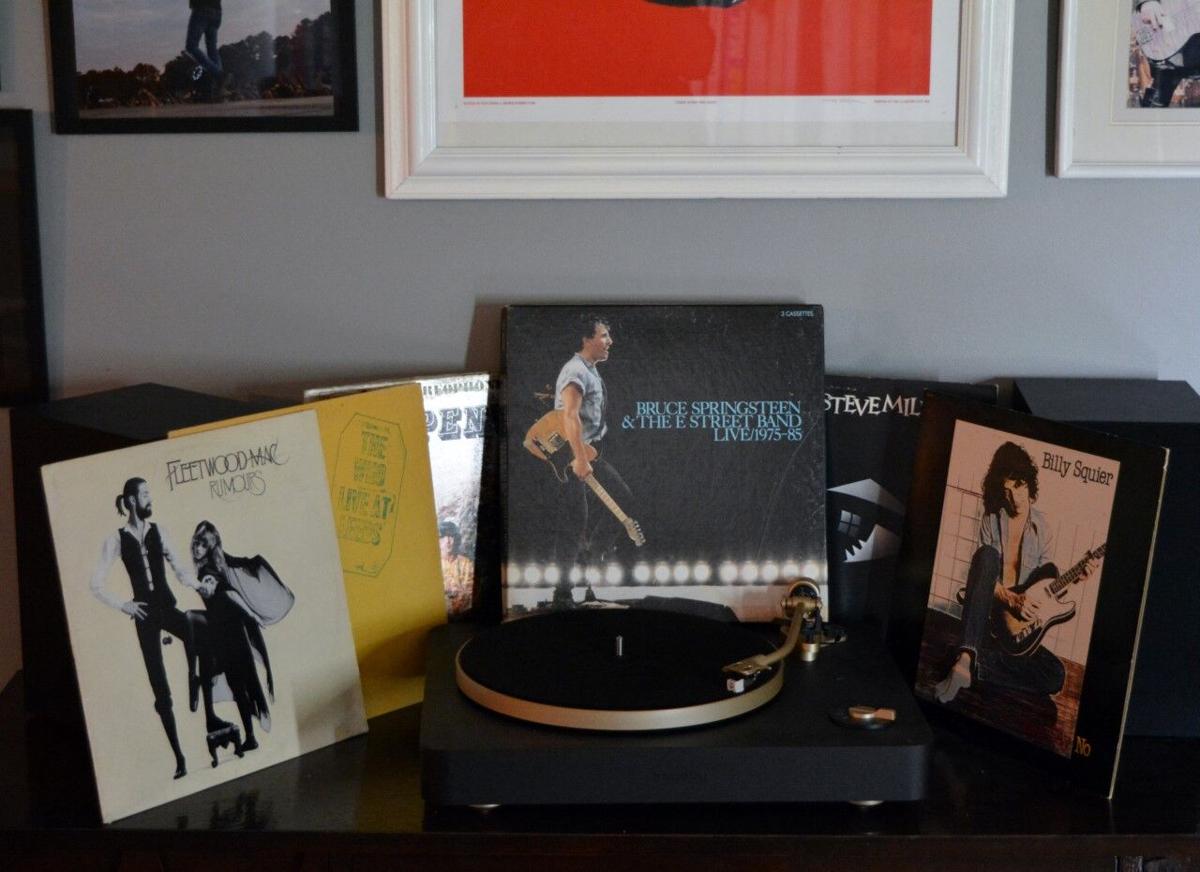 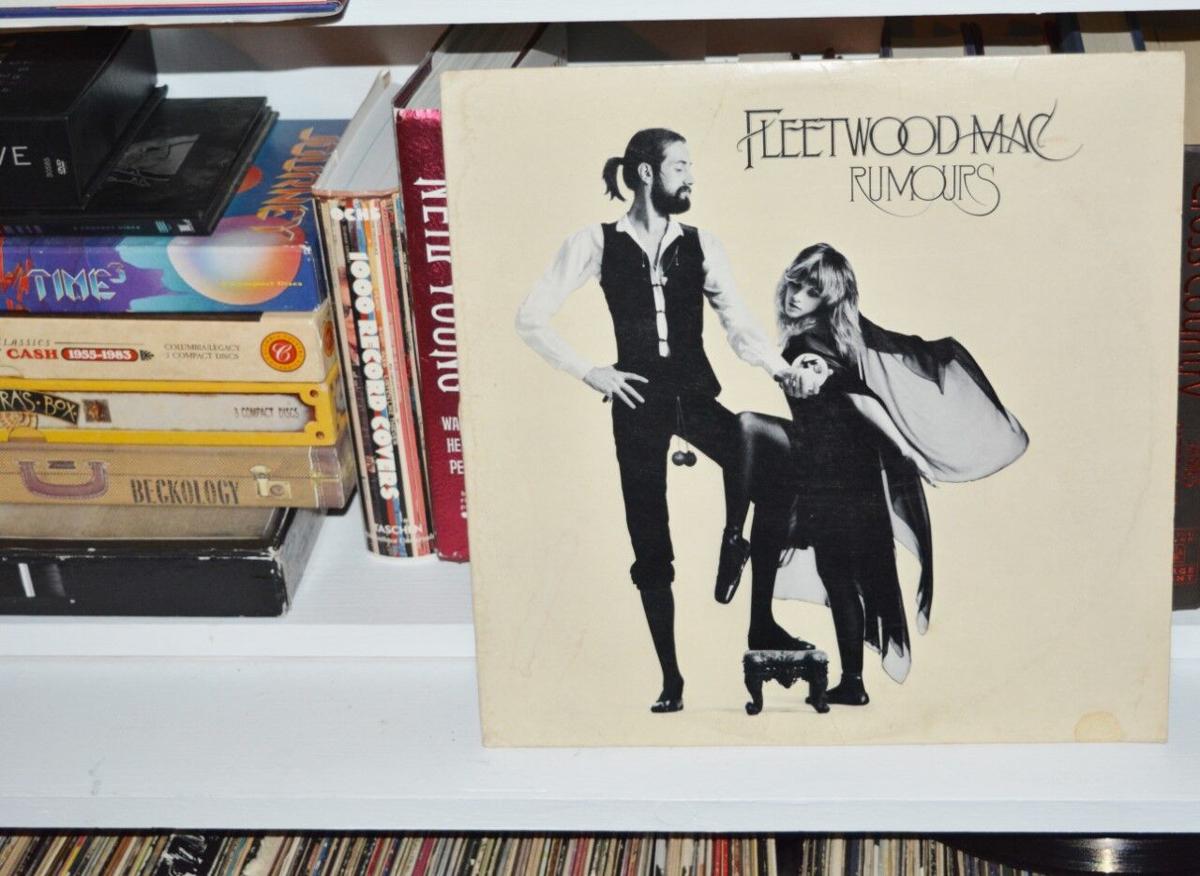 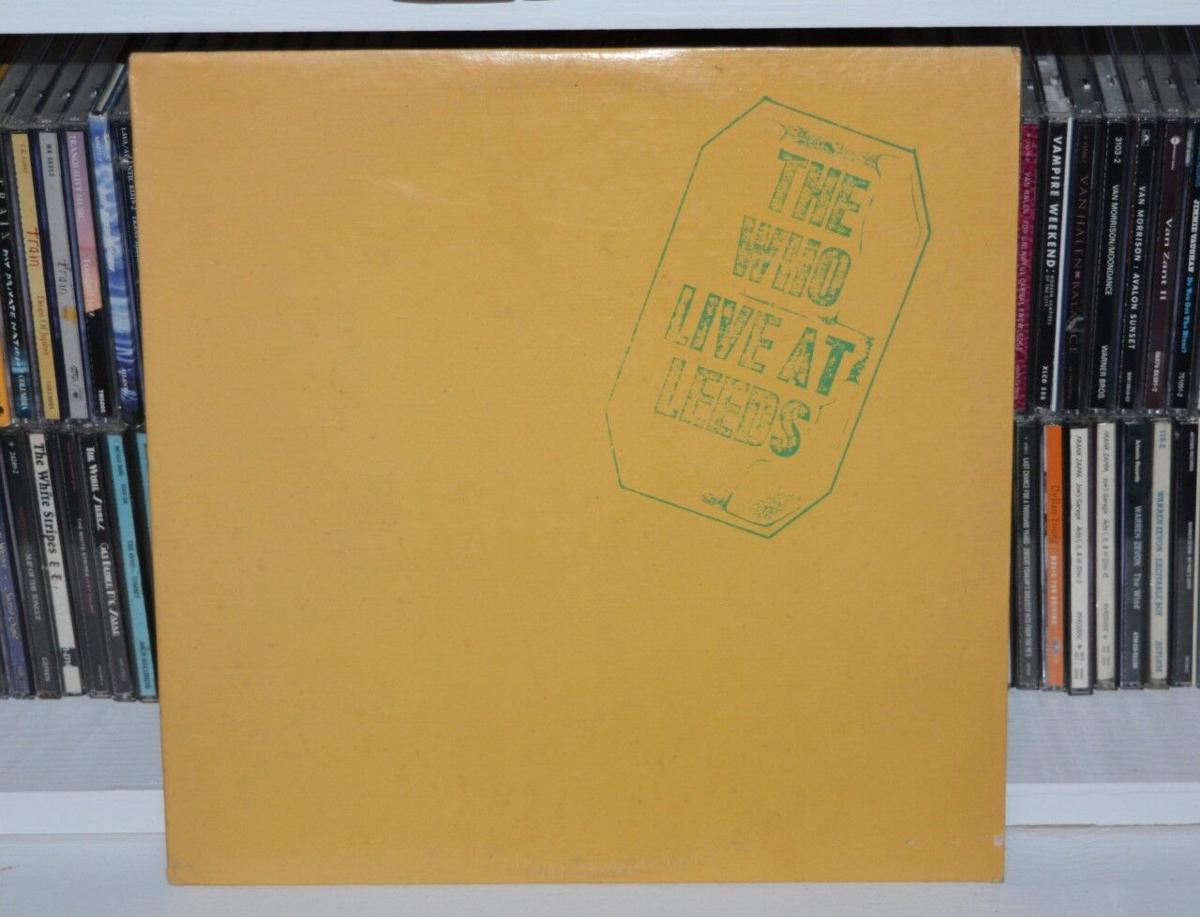 The Who “Live at Leeds” is one Herald readers favorite album of all-time. 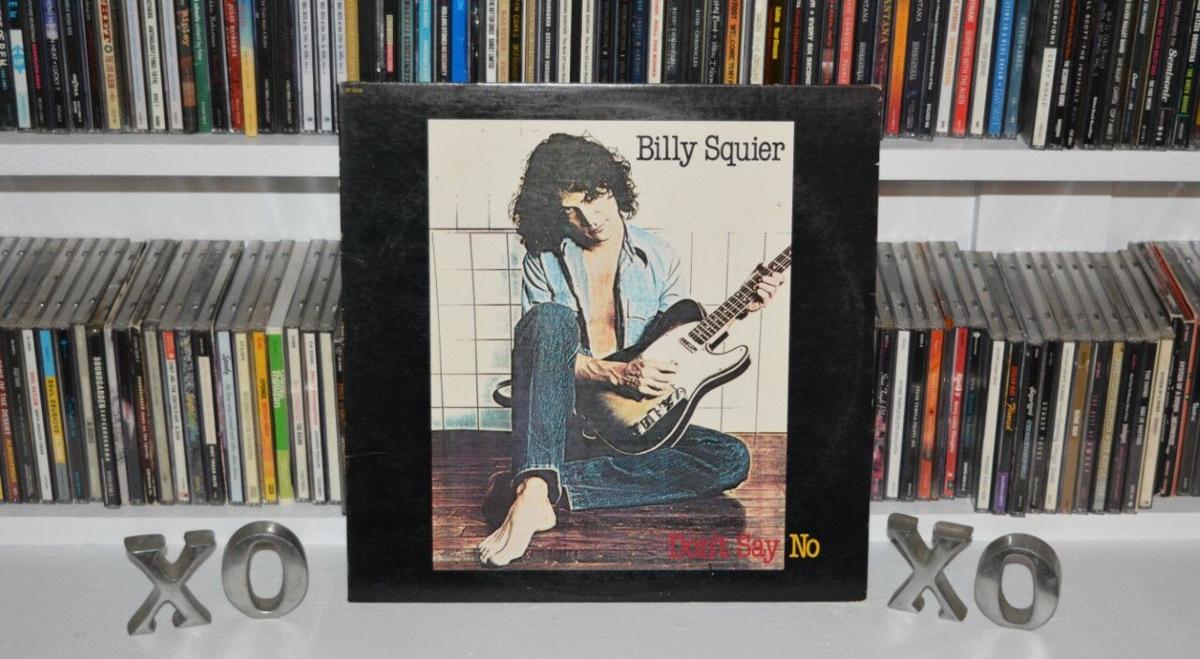 Billy Squier’s “Don’t Say No” is among one fan’s favorite albums. 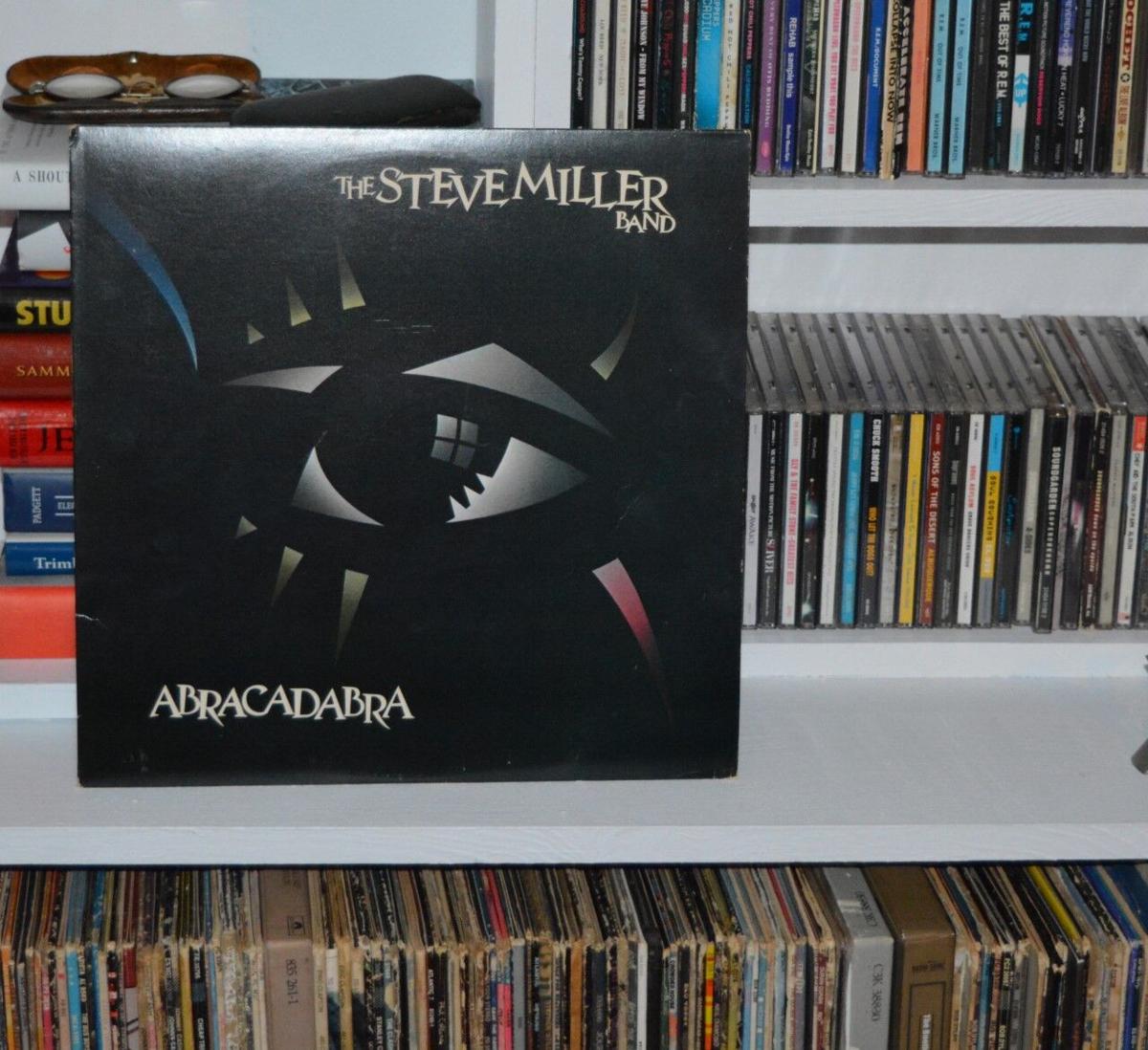 One music fan told The Herald The Steve Miller Band’s “Abracadabra” is among his favorite albums. 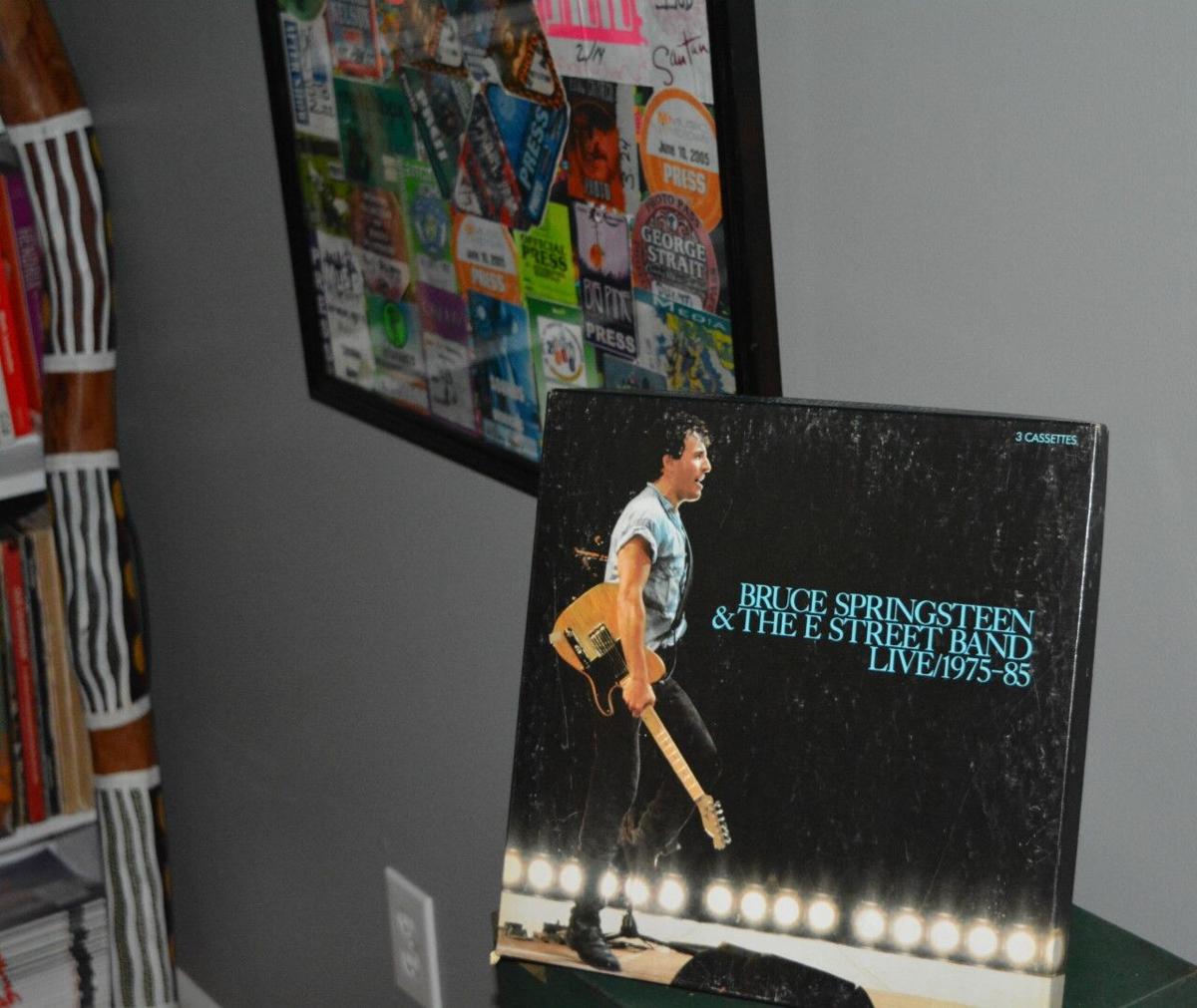 The live Bruce Springsteen & the E Street Band box set is among one fan's favorite albums. 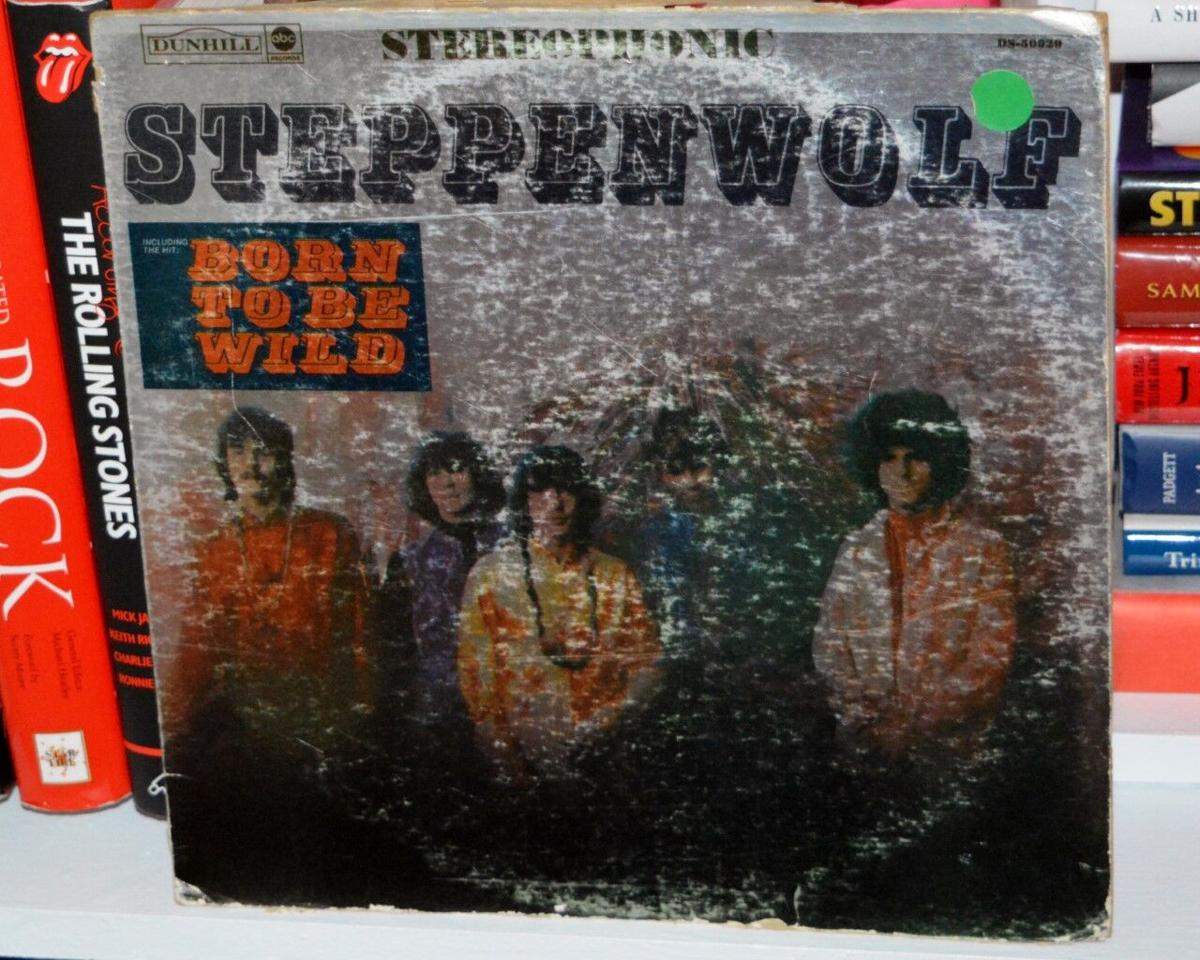 An oldie, but a goodie — “Steppenwolf” has withstood time for one music fan. 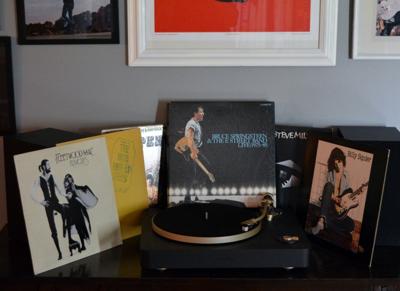 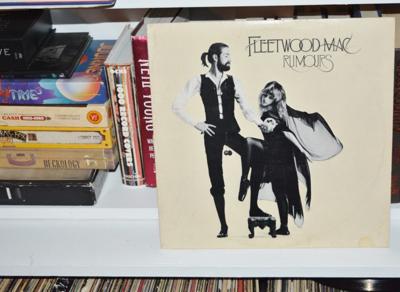 The Who “Live at Leeds” is one Herald readers favorite album of all-time.

Billy Squier’s “Don’t Say No” is among one fan’s favorite albums.

One music fan told The Herald The Steve Miller Band’s “Abracadabra” is among his favorite albums.

The live Bruce Springsteen & the E Street Band box set is among one fan's favorite albums.

An oldie, but a goodie — “Steppenwolf” has withstood time for one music fan.

Albums have, in fact, become something of a quaint, long-ago format for the short-attention-span music followers of the last two or three generations — except for the cooler ones who have discovered vinyl, a format that is actually growing in popularity because of its sound quality but is nowhere near sales levels of the format’s heyday — so there are fans other than the “golden oldies” who appreciate artists’ collections that may or may not include hit singles, the medium of choice (the digital versions, whose sound quality is inferior, it should be noted) of today’s music lovers.

But when Pearl Jam releases a “Gigaton,” the Foo Fighters “Medicine at Midnight,” Eminem “Music to be Murdered By,” Eric Church “Heart” and Tyler Childers “Long Violent History,” fans understand the excitement that has always come with each new LP release by a favorite artist.

When I wrote about putting together a top album list, I asked readers to send me their thoughts. Hearing from other music lovers on such a topic reinforces my own love for a particular album or artist, and many times I experience the serendipity of discovering a particular work that slipped by me when it was first released.

Your response was overwhelming, so much so I decided to use some of the comments I received as a preamble to my own list. If there are others who would like to add their thoughts about a particular album(s), please do so. I plan to use other comments along with my list, so I welcome your help in the process.

My daddy and I would listen to those (mostly on 8-track) going to Irwin County football games. His favorite song may have been Wham!’s “Wake Me Up, Before You Go Go,” which cracks me up to this day. My pop did not look like a bubble gum pop fan, as you know.

Later on, I’d buy “Eagles Live” (I think there was more than one), the Blues Brothers soundtrack, Don Henley, Glenn Frey and Joe Walsh (yes, I love the Eagles). I also love movies, so I’d always get soundtracks of my favorites. Of course, that meant “Purple Rain” and “Batman” by Prince.

I mostly buy music off the internet now, but I’ll always have memories of listening to 8-tracks with my pop, making cassettes of my albums and just enjoying music, period.

Oh, one thing I forgot: The last Christmas my daddy was alive, he bought me the Bruce Springsteen and the E Street Band’s Live box set of albums. I still consider myself cool for having that. — Steve

Allman Brothers Band — “Live at Fillmore East.” Essentially put a young Southern band, that happened to be integrated, on the map. This helped open the door for a genre of people and bands that would dominate the ’70s. — Adam

I could not name 500 albums, but you know my favorite (“The Who — “Live at Leeds”). The next two are Hendrix’s first and Zeppelin’s first ... classics!

I hope you will take the time to listen to the 10 C.C. album “Sheet Music” from 1974. All four band members on this recording wrote, played multiple instruments, sang just beautiful harmonies together reminiscent of the Beatles on “Abby Road’s” “Because.” I once read a music review of this song, and the reviewer called it “a vocal waterfall.” How cool is that!

The first two songs off this album, “Wall Street Shuffle” and “Worst Band in the World,” were played on FM rock stations back in the day. After hearing them, I bought the record. The third song, “Hotel,” would get everyone out onto a dance floor and work up a sweat. “Clockwork Creep” is an odd but outstanding song about a bomb on a jumbo jet. “Silly Love” was also a radio single. Band member Eric Stewart had his own recording studio, recorded and produced this album. It’s production values are fantastic, it was recorded very well. Good luck with your list. — Jimmy

P.S. Another album for your list: One of my personal favorites, ZZ Top’s 1973 boogie-fest, “Tres Hombres.” They headlined the 1975 all-day-long Tampa Jam I attended (July in Tampa, whew, outside, under the sun, no cover anywhere) in a rodeo arena’s dirt infield. By the time they hit the stage it was around 9 p.m. My friends and I were burned out by then, having been standing since noon listening to these bands in this order: Pure Prairie League (with Vince Gill on guitar), Kiss (in broad daylight!), War (no Eric Burden), Atlanta Rhythm Section, Ozark Mountain Daredevils, Marshall Tucker Band, Johnny Winter (with Rick Derringer) and finally ZZ Top. Our ears couldn’t take it anymore, and we left after two songs as they were the loudest band all day, and we had a long drive home. (I rode in the back seat of a Volkswagen Beetle). Saw ‘em again at the Civic Center in 2000, 25 years later. Billy Gibbons was drunk, and their performance was unremarkable. If I were to introduce some young person to this band, I would only play the first three songs from this album: “Waiting for the Bus,” “Jesus Just Left Chicago” and my favorite, “Beer Drinkers and Hell Raisers,” I’ve heard almost every song they did, and they never sounded better. I must mention, I was right up against the stage in Tampa, got to see Kiss up close; never been a fan, though. The best performance that day was Marshall Tucker, loved those guys! — Jimmy

I know (“Black”) is your favorite tune, and I just wanted to make sure you knew this was out there (Pearl Jam performing “Black” on the Letterman show). It’s literally a perfect song, but you grew up in the absolute best era of R&R music. So what sets this song apart from ones like “Wish You Were Here,” “Hotel California” (perfect) or my personal fav, the ABB’s “Melissa?” Or even Alice in Chains’ “Down in a Hole”? Always been curious. (Time, place, mostly ... all music has its back story.) I’ve played guitar, drums and bass for 30-plus years now, so I’ll listen to any argument or story. I miss the ’90s like you miss the ’70s, I reckon. Speaking of — the first time I met Steve (my son) he came walking into Larry Drummer’s class at Merry Acres, ’90-ish, wearing a Black Crowes (No. 2 behind the ABB) T-shirt, and we hit it off. We always sat next to each other ‘cause of last names. He told me y’all had just seen the Crowes at the Civic Center (actually in Valdosta). Instant friends. Long-winded, I know, but know we’re still out here that love the feel of a hard copy and cup of coffee in the a.m. Thank you. — David

Just FYI, I’m down in eastern North Carolina, about 30 minutes from Wilmington, and I saw your article because Google notifies me of any mention of Tyler Childers. I’m that obsessed. At 56, I’m that obsessed. I’m glad to know that a new artist, some young guy, can still arrest me that way. It’s heartening.

So, my favorite albums, in no relevant order, just as I think of them:

♦ “Country Squire” is also a favorite, but not as good as “Purgatory.”

♦ His older album that he did when he was a teenager is also a winner; I think I like that more than “Country Squire,” too, now that I think about it.

♦ I’m a bluegrass girl, and I think that the best bluegrass album ever made is Del McCoury’s “Del and the Boys.” It’s one that loses something if you don’t listen to it from start to finish, the way it was intended. The flow between songs is perfect. The production and arrangement of the songs are perfect. The songs are perfect. Not a single one of them is among my favorite bluegrass songs, and yet, it is still the best bluegrass album, as a whole, ever made. Fight me.

♦ Billy Squier’s “Don’t Say No.” Yeah, that’s going back a ways. I also love “Tale of the Tape.” Some people will tell you that Squier ruined his career with that awful video from his next album, “Emotions in Motion,” but I will tell you that “Emotions in Motion” did not in any way stand up to “Don’t Say No” and “Tale of the Tape.” Overproduced, the songs weren’t as strong, and maybe the compression on the thing was just too high because, honestly, it just sounded like a lot of noise.

♦ Steppenwolf — going back even farther. I don’t know which album, but a guy I was living with had it and this was in 1984 or so, and it had “Magic Carpet Ride,” “Born to Be Wild,” and the “The Pusher” (The album is called, simply, “Steppenwolf.”) on it. And I think “Sookie, Sookie” as well. I played it incessantly.

♦ The first Boston album — again, I was a teenager.

♦ Newgrass Revival — “On the Boulevard.”

That’s a few, off the top of my head, on an overly warm Sunday afternoon. There are a lot more. God, I haven’t even mentioned Waylon or Willie or Johnny Cash or Roseanne Cash or so many of my other bluegrass favorites or ... yeah, music is life. — Falesha

Time and space would not allow for all of the comments to be published, so I’ll probably do another collection like this before publishing my list. All comments and/or memories will be welcome: Send to carlton.fletcher@albanyherald.com.

Woman learned birth mother was star on 'That's My Mama'

Mildred Elizabeth Macleod Turner, "Millie", died on May 6 in C…