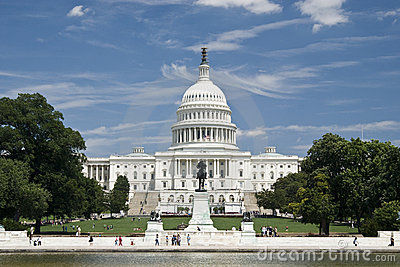 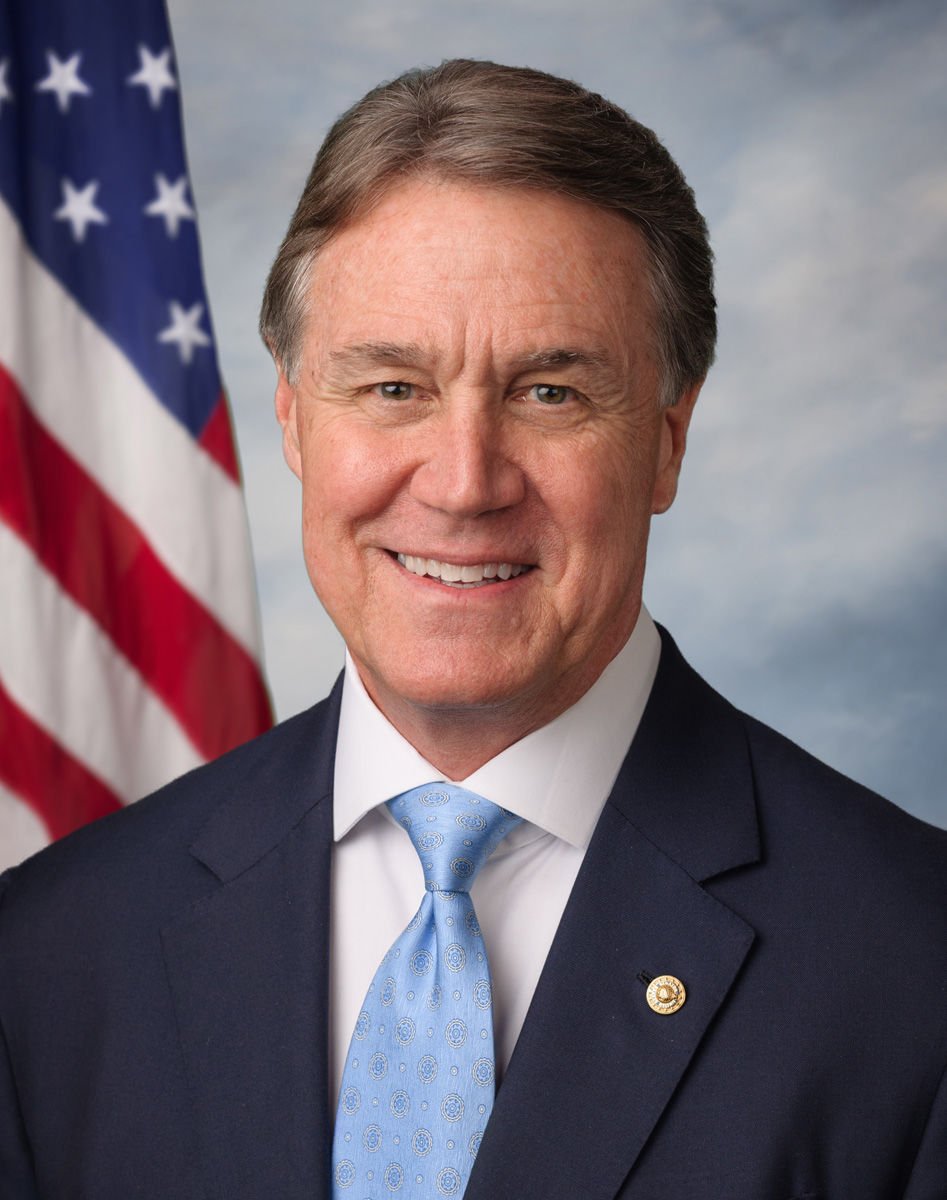 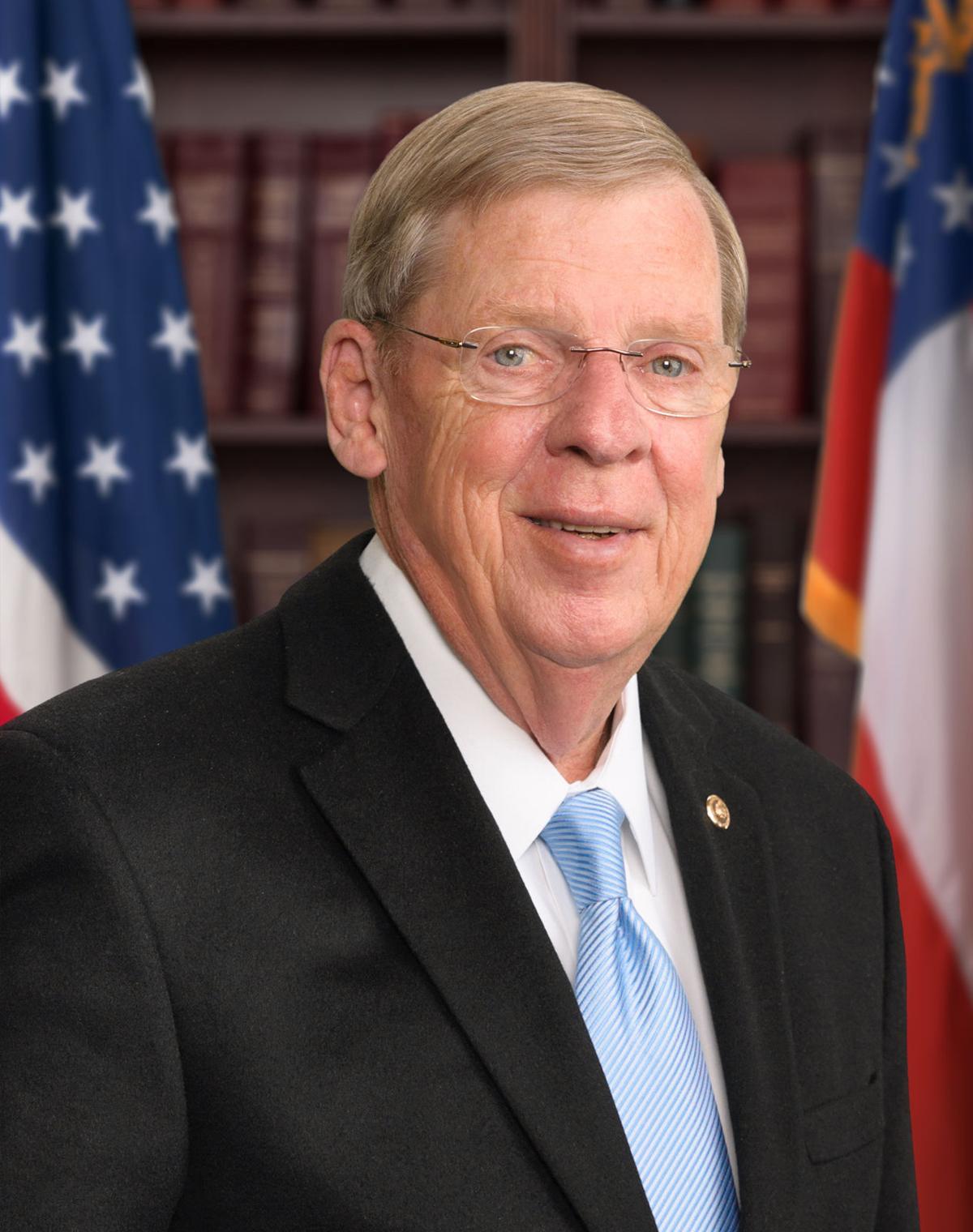 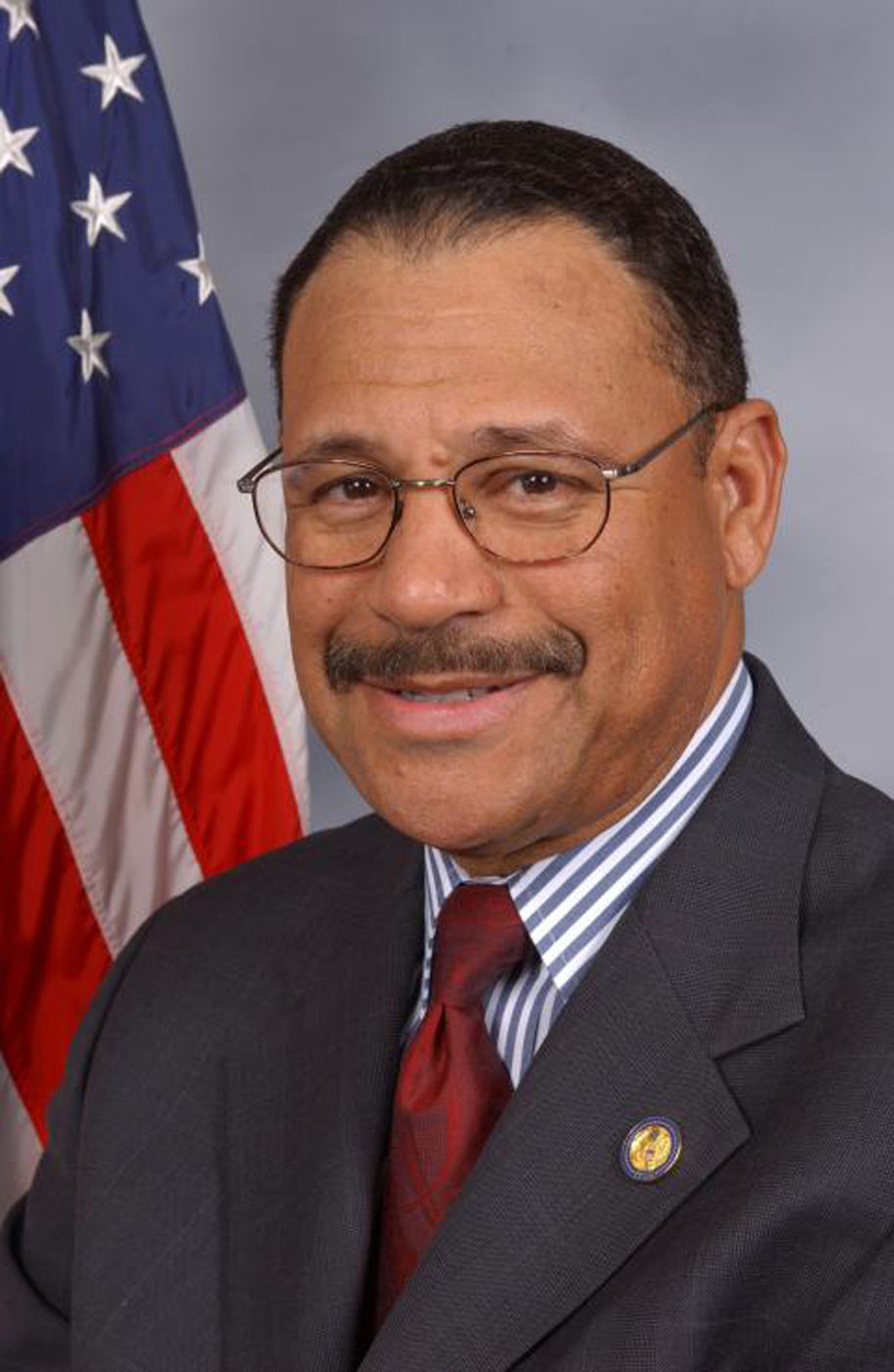 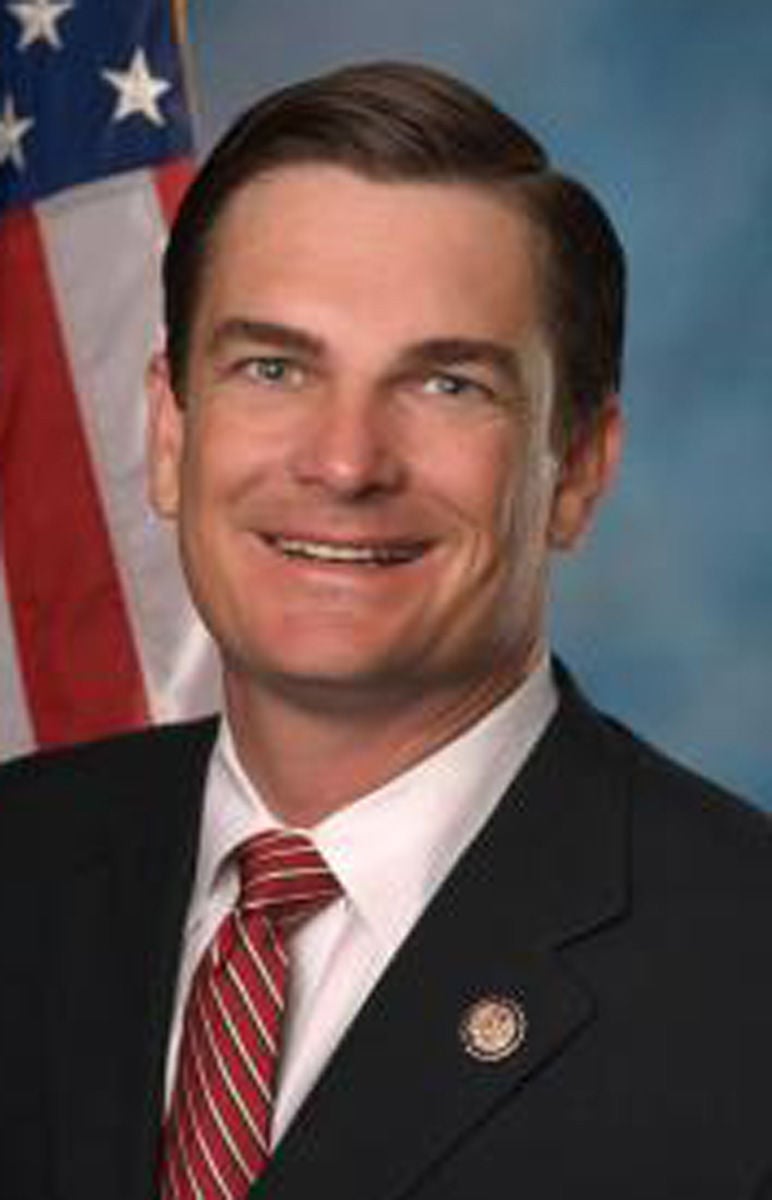 Here’s a look at how Georgia’s members of Congress voted over the previous week.

Along with roll call votes this week, the Senate also passed the DETER Act (S. 1328) to designate foreign persons who improperly interfere in United States elections as inadmissible aliens; the Women’s Suffrage Centennial Commemorative Coin Act (S. 1235) to require the Secretary of the Treasury to mint coins in commemoration of ratification of the 19th Amendment to the Constitution, giving women the right to vote; and a bill (S. Res. 221) recognizing the 30th anniversary of the Tiananmen Square massacre and condemning the intensifying repression and human rights violations by the Chinese Communist Party and the use of surveillance by Chinese authorities.

The House also passed the Pandemic and All-Hazards Preparedness and Advancing Innovation Act (S. 1379) to reauthorize certain programs under the Public Health Service Act and the Federal Food, Drug, and Cosmetic Act with respect to public health security and all-hazards preparedness and response.

FUNDING DISASTER RECOVERY EFFORTS: The House has concurred in the Senate amendment to the Supplemental Appropriations Act (H.R. 2157) sponsored by Rep. Nita M. Lowey, D-N.Y., to provide $17.2 billion of fiscal 2019 supplemental emergency funds for natural disaster recovery efforts by various federal agencies. Lowey said the funding would “deliver much-needed disaster relief to families and communities across America.” The vote, on June 3, was 354 yeas to 58 nays.

EXTENDING WELFARE BLOCK GRANTS: The House has passed a bill (H.R. 2940) sponsored by Rep. Danny K. Davis, D-Ill., to extend through September 2019 the federal government’s block grants program to states for temporary assistance for needy families. Davis said: “Without the funding we are extending today, states would likely reduce access to child care assistance, transportation and job training, and delay or reduce assistance families use to buy basics like food, housing, and diapers.” The vote, on June 3, was 357 yeas to 55 nays.

TIANANMEN SQUARE ANNIVERSARY: The House has passed a bill (H. Res. 393) sponsored by Rep. James P. McGovern, D-Mass., remembering the anniversary of the Chinese government’s violent suppression of pro-democracy protests in Tiananmen Square in Beijing, and elsewhere in China, on June 3 and 4 of 1989, and calling on China to respect the human rights of the Chinese people. McGovern said the bill was needed to “make it clear that we in the United States Congress stand out loud and foursquare for human rights and that we stand with the people of China.” The vote, on June 4, was unanimous with 423 yeas.

LEGAL STATUS OF MIGRANT MINORS: The House has passed the American Dream and Promise Act (H.R. 6) sponsored by Rep. Lucille Roybal-Allard, D-Calif. The bill would bar the federal government from taking action to remove from the country aliens who entered the U.S. as minors and meet certain qualification requirements, and give those aliens conditional permanent residency status for 10 years. Roybal-Allard said that by protecting U.S. residency for the so-called Dreamers who were brought to the U.S. as children, the bill would allow them to “make our nation stronger with the contributions they make to our economy and our American society.” An opponent, Rep. Doug Collins, R-Ga., said that by giving protected residency status to migrant children, the bill would worsen the border crisis, “incentivizing more people to cross our borders illegally in hopes of getting a piece of the amnesty pie.” The vote, on June 4, was 237 yeas to 187 nays.

RESPONDING TO OCEAN ACIDIFICATION: The House has passed the Ocean Acidification Innovation Act (H.R. 1921) sponsored by Rep. Derek Kilmer, D-Wash., to establish prize competitions at federal agencies for innovations that address the problem of ocean acidification. Kilmer said that by rewarding new strategies to address ocean acidification, the bill “will help the communities, environments, and industries that rely on a healthy ocean and are facing harsh realities of rising carbon emissions.” The vote, on June 5, was 395 yeas to 22 nays.

WOMEN’S SUFFRAGE ANNIVERSARY: The Senate has passed a bill (S. Res. 212) sponsored by Sen. Lisa Murkowski, R-Alaska, celebrating the 100th anniversary of the ratification of the women’s suffrage amendment to the Constitution. The vote, on June 4, was unanimous with 93 yeas.

SOCIAL SECURITY COMMISSIONER: The Senate has confirmed the nomination of Andrew M. Saul to serve as Commissioner of Social Security for a term ending in January 2025. Saul, who has been an executive at various companies, has also chaired the Federal Retirement Thrift Investment Board and was vice chairman of the Metropolitan Transportation Authority in the New York City area. An opponent, Sen. Chris Van Hollen, D-Md., said Saul had failed to commit to taking meaningful action to improve labor practices at the Social Security Administration, which Van Hollen said has “demonstrated particular hostility towards its work force” in the past year. The vote, on June 4, was 77 yeas to 16 nays.

MIDDLE EAST DIPLOMACY: The Senate has confirmed the nomination of David Schenker to serve as Assistant Secretary of State for Near Eastern Affairs. Schenker has been a Defense Department senior policy aide for the Arab countries of the Levant, and an official at the Washington Institute specializing in Arab politics. The vote, on June 5, was 83 yeas to 11 nays.

REGULATING COMMODITY FUTURES: The Senate has confirmed the nomination of Heath P. Tarbert to serve as chairman of the Commodity Futures Trading Commission. Tarbert was confirmed in a separate vote to serve on the Commission for a term ending in April 2024. Tarbert has been an official in the executive, legislative and judicial branches of government, most recently as the Treasury Department’s assistant secretary for international markets. The vote, on June 5, was 84 yeas to 9 nays.

INTERIOR FINANCIAL OFFICIAL: The Senate has confirmed the nomination of Susan Combs to serve as the Interior Department’s Assistant Secretary for Policy, Management and Budget. Combs has been Texas’s agriculture commissioner, a financial executive for the state’s government, and a cattle rancher in the Big Bend part of Texas. The vote, on June 5, was 57 yeas to 36 nays.

Anxiety robbing your sleep? A weighted blanket may help

In-person learning during the pandemic is possible with the right precautions, CDC researchers say

COVID-19 vaccine rollout creeps ahead in Georgia amid limited supplies

How are you feeling about the new President Biden-Vice President Harris administration?

No. 18 Tennessee hangs on vs. Mississippi State

Sharife Cooper propels Auburn to upset of No. 12 Missouri