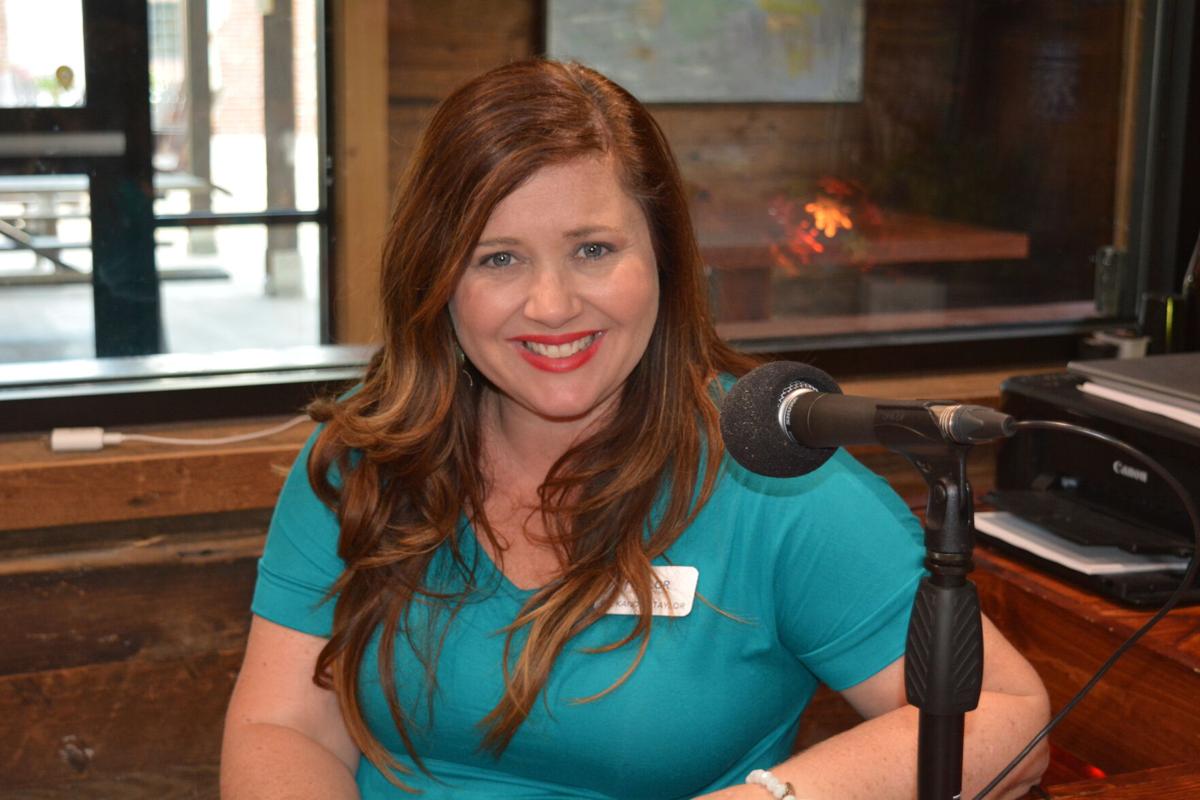 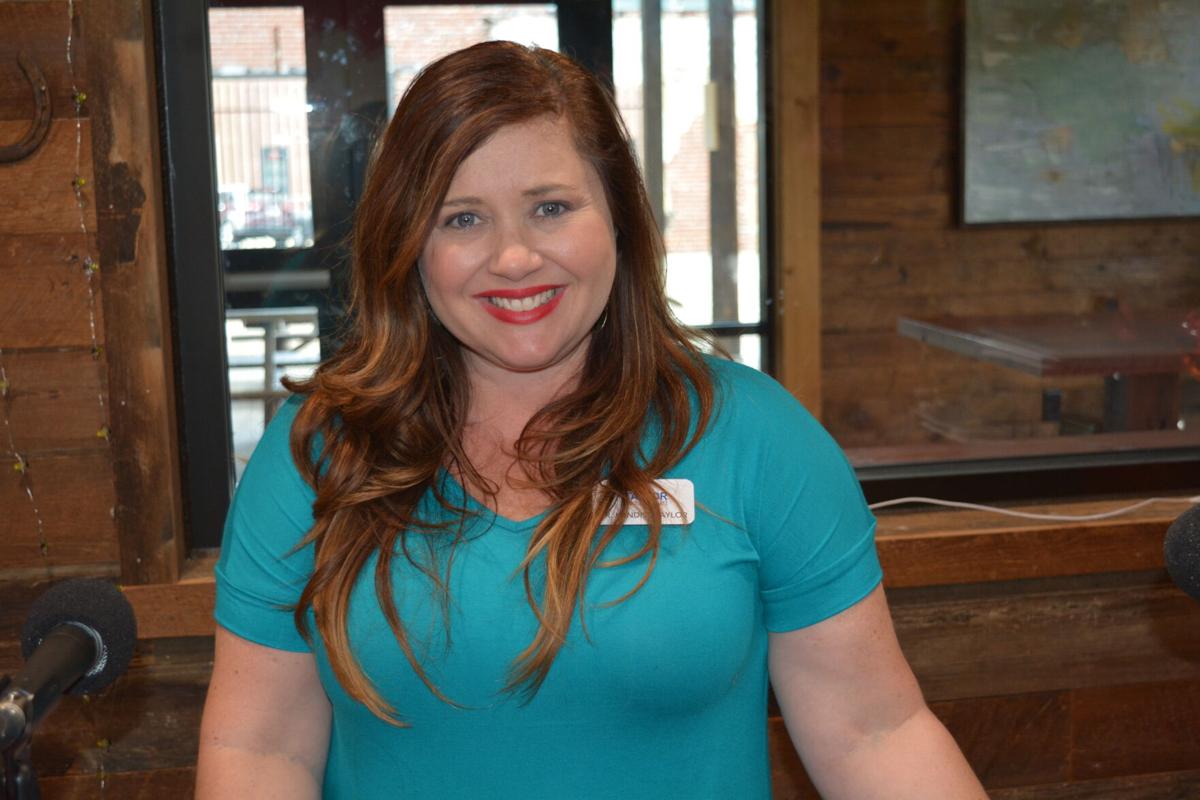 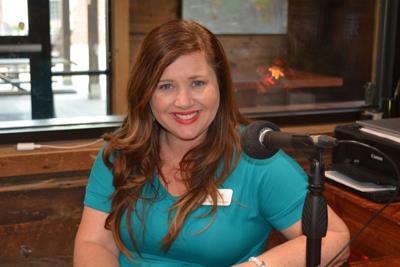 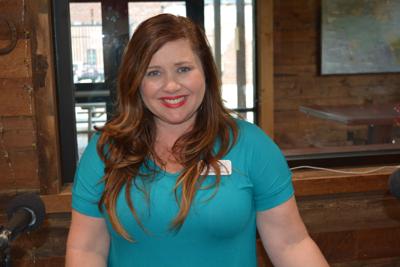 ALBANY — There are a couple of things you notice about Kandiss Taylor after talking with her for just a short while.

One: While others might ignore her candidacy for a U.S. Senate seat from Georgia, writing here off as just “another one of the 21 running for the seat,” Taylor truly believes she can make the runoff and win the election, despite taking on Atlanta-area heavyweights like Kelly Loeffler, Doug Collins, Raphael Wernock and Matt Lieberman, all perceived as top contenders for the seat left vacant by former Sen. Johnny Isakson, who stepped down last year for health reasons.

Two: Taylor is not going to let a little thing like taking on politicians with name recognition and deep pockets deter her from running for an office she believes she has just as much right to occupy as any of the millionaires and career politicians in Atlanta.

“People have asked me why I would do this, and I have a simple answer,” Taylor said during a recent radio interview in Albany. “I don’t feel like I have a right to complain about something if I’m not willing to do something about it. I want to use the skill set I have developed over the past two decades (as a teacher, counselor and coordinator) on a larger scale of public service.”

“All that doesn’t matter,” Taylor says, and while that might seem on the surface far-fetched, you have no doubt that she believes wholly everything she says. “The billionaires and the career politicians are not the ones who are going out and talking to the people. I’ve been to about 75 percent of the state since I qualified to run for this office, put thousands of miles on my car. You don’t see any of those other folks outside Atlanta. All those costly commercials don’t mean as much as sitting down, looking the people of this state in the eye and telling them what I believe in.

“As I’ve traveled, I’ve heard from people from all over the state who said they believed in me and planned to support me.”

So who is this educator from Appling County’s small Baxley community who has the audacity to take on the so-called frontrunners and 16 others in a “free-for-all” showdown for the final two years of Isakson’s term?

Except for her time at Georgia Southern University in Statesboro, where she received a bachelor’s degree in Early Childhood Education, master’s and specialist degrees in School Counseling (Taylor received her Ph.D. in Counselor Education and Supervision from Regent University in Virginia Beach, Va.), this Republican candidate who is “the only one of the 21 from south Georgia” has made Baxley her home. She began her education career 17 years ago as a third-grade teacher and served as a school counselor for more than a decade. Currently, Taylor serves as the Student Services Coordinator for the Appling County Board of Education.

She is the wife of educator Ryan Taylor, and they have three children.

Taylor said she developed her outlook on life and the many issues that are vital to the state during that idyllic upbringing and as a county rep for Ben Carson’s 2016 presidential campaign.

“I care about education, establishing a fair tax, term limits, restructuring the mental health care system, our Second Amendment right to own arms, right to life and preserving our farming industry,” Taylor said. “Those are the values I grew up with in south Georgia, and they’re still important to me today. As an educator, I’m sorry to say that we have dumbed down education in our state. That needs to change.

“I was inspired by Dr. Carson’s speech at my Ph.D. commencement that charged graduates to get involved in government to protect the Constitution. I guess that’s really what inspired me.”

Taylor said, given her support for Carson, she was cool on Donald Trump initially but now supports his re-election campaign for the presidency.

“He’s done more for our economy than anyone in our lifetime,” the 43-year-old said. “He’s also done more in the fight against abortion. I supported Dr. Carson, but I came to realize we have the right man in the White House.”

As for the civil unrest that has plagued the country in the wake of police killings of African Americans throughout the country, Taylor said she has mixed feelings about the response.

“I’ve seen young black men who are the sweetest people in the world who were stopped and questioned by police just because they fit a certain stereotype,” she said. “So, yes, I understand the frustration. But as for these riots, I don’t think that serves any purpose. I’ll say this: If you’re out there tearing down a business, you’ve never built one. You’ve never done what it takes to build a business.”

Running a grassroots campaign while taking on millionaires, Taylor admits, is difficult.

“I want to talk to as many Georgians as I can,” she said. “I will gladly accept any support I can get. I don’t plan on staying in office more than two terms, no matter what. And when I leave, I plan to leave the government better than I found it.”

Supporters or persons looking for more information about Taylor’s Senate campaign may contact her at kandisstaylor.com, www.facebook.com/drkandisstaylor/ or kandisstaylor@gmail.com.

William Hunt Burger (Bill) passed away peacefully in his home …

Enter your photo for a chance to be published on albanyherald.com