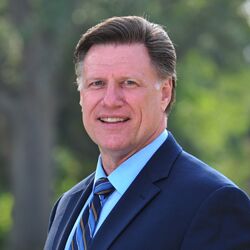 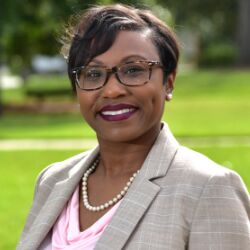 Sistrunk’s resignation letter was quickly followed by a Letter to the Editor of the Lee County Ledger, written by Lee County Commissioner John Wheaton, which contained numerous allegations of inappropriate behavior and conduct by Sistrunk while he was employed by the county. These letters were followed by editorials in support of Sistrunk and, recently, letters outlining potential legal action against Wheaton and the Lee County Board of Commissioners.

The Albany Herald, which published an article in which Wheaton made specific allegations criticizing Sistrunk during his time with the county, received in the mail recently an envelope with the return address: WE THE PEOPLE, 123 No Secrets Way, Leesburg, GA 31763. Inside the envelope were two letters written by Louis E. Hatcher of the Albany-based Watson Spence law firm. The first was dated April 9, 2021 and addressed to Wheaton. The second letter, dated May 7, 2021, was addressed to the individual members of the Lee County Board of Commissioners.

The letter addressed to Wheaton reads:

Please be advised that my law firm has been retained by Mike Sistrunk to investigate and take legal action against you for the series of false, unfounded, and unsupported defamatory attacks against him made by you in the Lee County Ledger and the Albany Herald on March 3, 2021, and March 7 and 8, respectively. You have made the same or substantially similar false, defamatory statements orally in the Lee County community.

You have appeared to make the comments in both your personal capacity and that of a member of the Lee County Board of Commissioners. You have stated knowingly false and misleading comments about Mr. Sistrunk including at least the following:

· The Lee County Commission has had “concerns over Mr. Sistrunk’s performance for some time.”

· “... the commission voted to dismiss him, effective immediately …”

Excerpts from the Albany Herald dated March 7 and/or March 8:

· You stated that there were “concerns over missing county property and Sistrunk’s conduct while he was employed as county manager.”

· You expounded on the foregoing comment by stating, “Well, one thing was a horse trailer that would disappear at times. Then there was a hay ring he had at his house for a long time.”

· “Since I’ve been on the commission, and I’ll tell him this, he seems to have a problem with the truth. He was belittling people. It was reported he had the habit of spending time with younger opposite sex for some reason. The commission set policy and orders, if you will, that need to be followed and fulfilled. It just wasn’t happening. There were some instances when payroll was messed up … there was just a bunch of stuff going on.”

You falsely claimed that these purported conduct issues have been “a topic of discussion” among the County Commission “for months” and that you had brought it up on several occasions.” As you know, I served on March 9, 2021, Georgia Open Records Act (“GORA”) request on the Lee County Board of Commissioners. I was asking specifically for any documents or other items or evidence that would corroborate any of the comments you made with respect to Mr. Sistrunk in the Lee County Ledger and/or the Albany Herald on the noted dates. Kaitlyn Sawyer, County Clerk/Open Records Officer responded to the GORA request that no such documents exist.

The above statements made in reference to Mr. Sistrunk are utterly false, misleading, without merit, without corroboration, and they are defamatory per se in that they have charged that Mr. Sistrunk is guilty of crimes, dishonesty, and immorality. Damages are therefore presumed.

Your publishing of libelous and defamatory lies about Mr. Sistrunk has caused serious and irreparable injury to his personal and professional reputation, causing him embarrassment and humiliation in his family and in the community, and making it all the more difficult for him to find new employment following his resignation form Lee County, Georgia. In fact, your decision to malign Mr. Sistrunk has, as you intended, tarnished his reputation and impeded his opportunities for other avenues of employment.

This letter serves as a request under O.C.G.A. 51-5-11 for retraction of your false statements in each of the newspapers where each particular statement was originally published, Specifically, we hereby demand that:

2. The retraction and correction be accompanied, in the same issue of the Lee County Ledger by an editorial which specifically repudiates the above statements.

4. The retraction and correction be accompanied, in the same issue of the Albany Herald by an editorial which specifically repudiates the above statements.

5. Your retractions must likewise appear on any social media sites where your comments were published.

7. You compensate Mr. Sistrunk for his attorney’s fees and expenses, and the damages you have caused him and that will continue to occur as a result of your reprehensible conduct.

Please note that your compliance with items numbered 1 through 7 above will not insulate you from a civil action based upon your defamatory statements. Your lies and malicious behavior have already caused substantial, irreparable damage to Mr. Sistrunk, and for that, you must pay.

When contacted by phone and asked if he had anything that he wanted to say in regards to this letter, Wheaton responded that he had no comment and hung up. At this time, Wheaton has yet to acknowledge or respond to the requests and demands outlined in the letter sent to him.

“In response to our open records request the county told us basically they have no documentation whatsoever to back up John Wheaton’s remarks about what was supposedly being discussed by the County Commission,” Hatcher said. “As someone who has had many years in government service myself, I have to think either those communications that Mr. Wheaton said he had never occurred, or they occurred in violation of the open meeting policy. So, we will find that out that very soon.”

“If you deny that Commissioner Wheaton was speaking in his official capacity, and/or if you deny that Commissioner Wheaton’s statements as set forth herein were made on behalf of, or that the statements do not represent the official positions of the Lee County Board of County Commissioners, please let me know in writing your position within 10 days of the date of this letter. Your failure to so disavow the statements will be construed as adoption and ratification of the statements, and this letter will be utilized as proof of such in any future litigation with respect thereto.”

At this time, Hatcher said he has only received responses from commissioners Luke Singletary and Rick Muggridge. Both wrote to indicate that no statements made by Wheaton as set forth in the letter from Hatcher were made on their behalf. They went on to clarify that his statements do not reflect their opinion nor in their opinion serve as an official position of the Lee County Board of Commissioners.

“The other three, I expect, will think they can ignore me like John Wheaton already has … they may choose to do so at their own peril,” Hatcher said. “When we were first contacted about taking this case, I did not know Mike Sistrunk, but I did see very quickly that there were people that came to his defense about the very ugly and malicious remarks that were made about him by John Wheaton.

“Once we determined to undertake representation of Mr. Sistrunk, we did what we always try to do and resolve things as amicably and as early as we can. We are trying to do that in this case. The first thing we did was to do an Open Records request for Lee County and said basically in that request ‘Give us all the documentation you have. Everything you have to back up what John Wheaton said,’ because quite frankly, I believe what was said was false. I believe it was malicious. I believe it was intended to harm Mr. Sistrunk. The nature of the comments were outrageous and uncalled for. It was like Mr. Wheaton’s comments were like a middle school child, who gets upset because someone said something about their buddy, so they make childish or irresponsible remarks. Unfortunately, these remarks were made by an adult that should know better.”

Alfreda Sheppard, a partner at Watson Spence who is working with Hatcher on Sistrunk’s case, said, “The only thing I want to add is one of the reasons Mr. Wheaton’s comments were so irresponsible is how they effect Mr. Sistrunk’s ability to look for other employment, in that this is a small area. This is southwest Georgia. Mike Sistrunk has devoted the overwhelming majority of his life to being an honorable and respected citizen in Lee County. He has devoted his life to helping the citizens of Lee County. In order for him to find the type of employment in relationship to what he had here, it’s hard to go outside of Albany in a 100-mile, 150-mile radius and not know something about this story.

“It precludes Mr. Sistrunk from being able to stay within the certain radius of the area where he has relationships with family, friends and church. He should not have to go to Atlanta. He should not have to go out of state and look for employment elsewhere. He wants to stay within this area, and he should be entitled to do so and most likely would have been able to do, but for these irresponsible comments.”

Hatcher said he has no personal ill will against Lee County.

On a day of firsts, Marlins top Braves