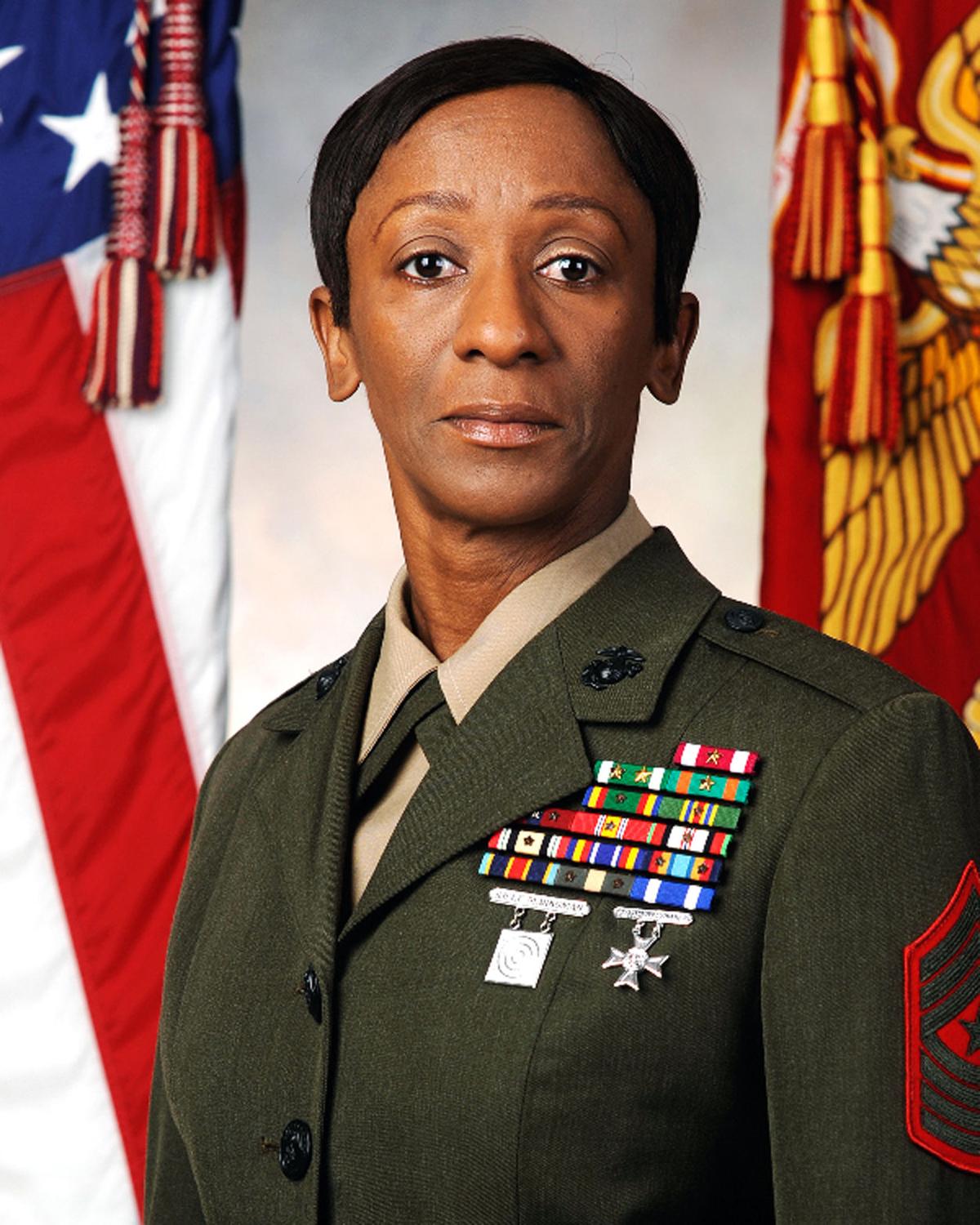 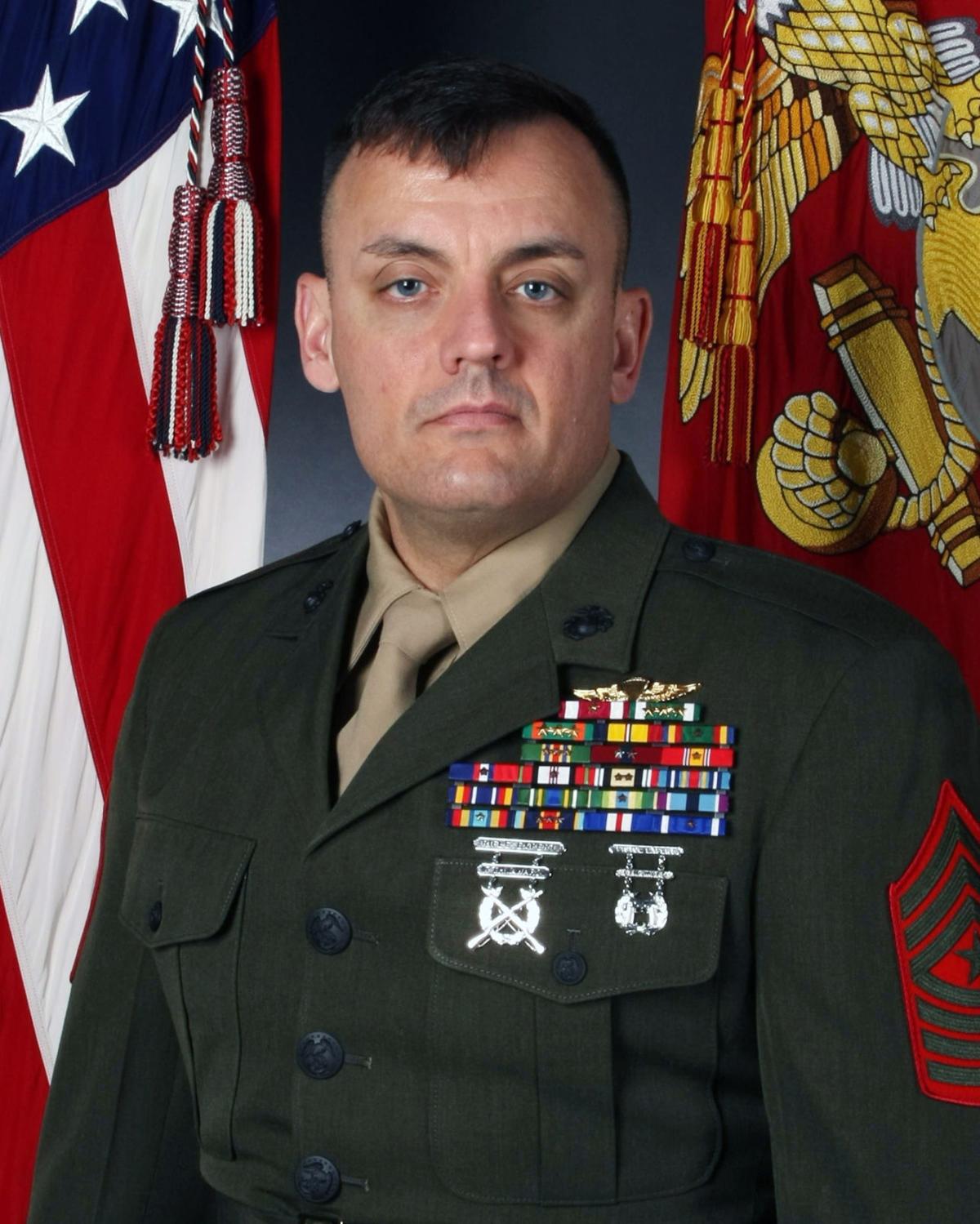 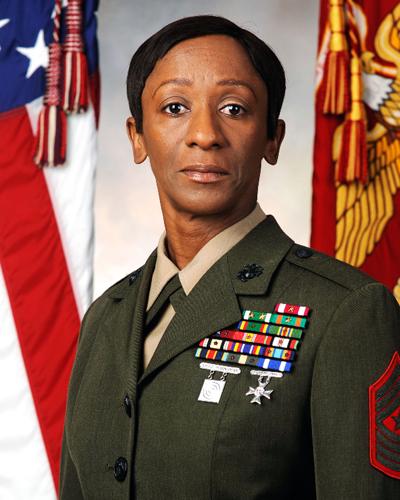 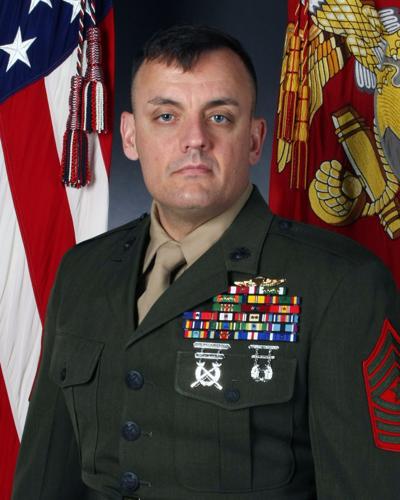 An available biography on Rowan, who had been serving as the sergeant major for U.S. Marine Corps Forces Reserve Headquarters Battalion in New Orleans, said he reported to Marine Corps Recruit Depot at Parris Island, S.C., in June of 1991, and upon graduation reported to Camp Geiger, N.C., for combat training and the School of Infantry.

In 1995, he deployed with the 24th Marine Expeditionary Unit, completing the Slovenian Army Mountain Leaders Course. Rowan reported to the first fleet antiterrorism security team in Norfolk, Va., and deployed in June of 1998 to Italy.

In June of 2005, he reported for duty to 3rd Battalion, 7th Marines at Twentynine Palms, Calif. He deployed to Ar Ramadi, Iraq, for Operation Iraqi Freedom. In January of 2007, he again deployed to Ar Ramadi for OIF. In March of 2008, Rowan reported to the inspector and instructor staff for 4th Air Naval Gunfire Liaison Company in West Palm Beach, Fla.

In March of 2011, Rowan reported to 1st Battalion, 2nd Marines. In January of 2012, he was promoted to his current rank and assigned to Headquarters and Support Battalion at Marine Corps Installations East at Camp Lejeune.

On Nov. 10, 2013, Rowan was posted as the sergeant major for 3rd Battalion, 8th Marines. He deployed with the battalion for the Special Purpose Marine Air Ground Task Force-Africa 14.1 and the Black Sea Rotational Force 14.2 rotations.

Murphy, a native Pine Bluff, Ark., enlisted in the Marine Corps in 1988. She has completed deployments to Japan and Iraq, and has served in South Carolina, California, North Carolina, Florida and Indiana during the course of her career. In December 1999, as a staff sergeant, she was transferred to Headquarters and Service Battalion at MCLB-Albany and served as the staff noncommissioned officer in charge of the Transportation Management Office.

As a gunnery sergeant, Murphy was awarded a congressional record by the 107th Congress honoring her as the first female drill instructor at Naval Officer Candidate School. She was promoted to her current rank in January of 2009 and reported to Parris Island for duty as the 4th Recruit Training Battalion sergeant major.

Murphy has obtained a bachelors of arts degree in Interdisciplinary Social Sciences from the University of West Florida in Pensacola. She also has a master of business administration degree from the American Military University. Her awards include the Meritorious Service Medal, Navy and Marine Corps Commendation Medal, and Navy and Marine Corps Achievement Medal.

Medina Spirit has arrived at the Pimlico track. But it's unclear if he will race in the Preakness Stakes after failing drug test

Dr. Sanjay Gupta and his wife get personal about the pandemic in 'Chasing Life'

Travel to Antarctica during Covid-19: What you need to know before you go

Americans as young 12 could get the Covid-19 vaccine this week. Some experts think it could turn the pandemic around