Log In Register
You are the owner of this article.
Edit Article Add New Article
You have permission to edit this article.
Edit
Home
News
Sports
Opinion
Features
Community
Classifieds
Multimedia
Obituaries
e-Edition
Help
1 of 6 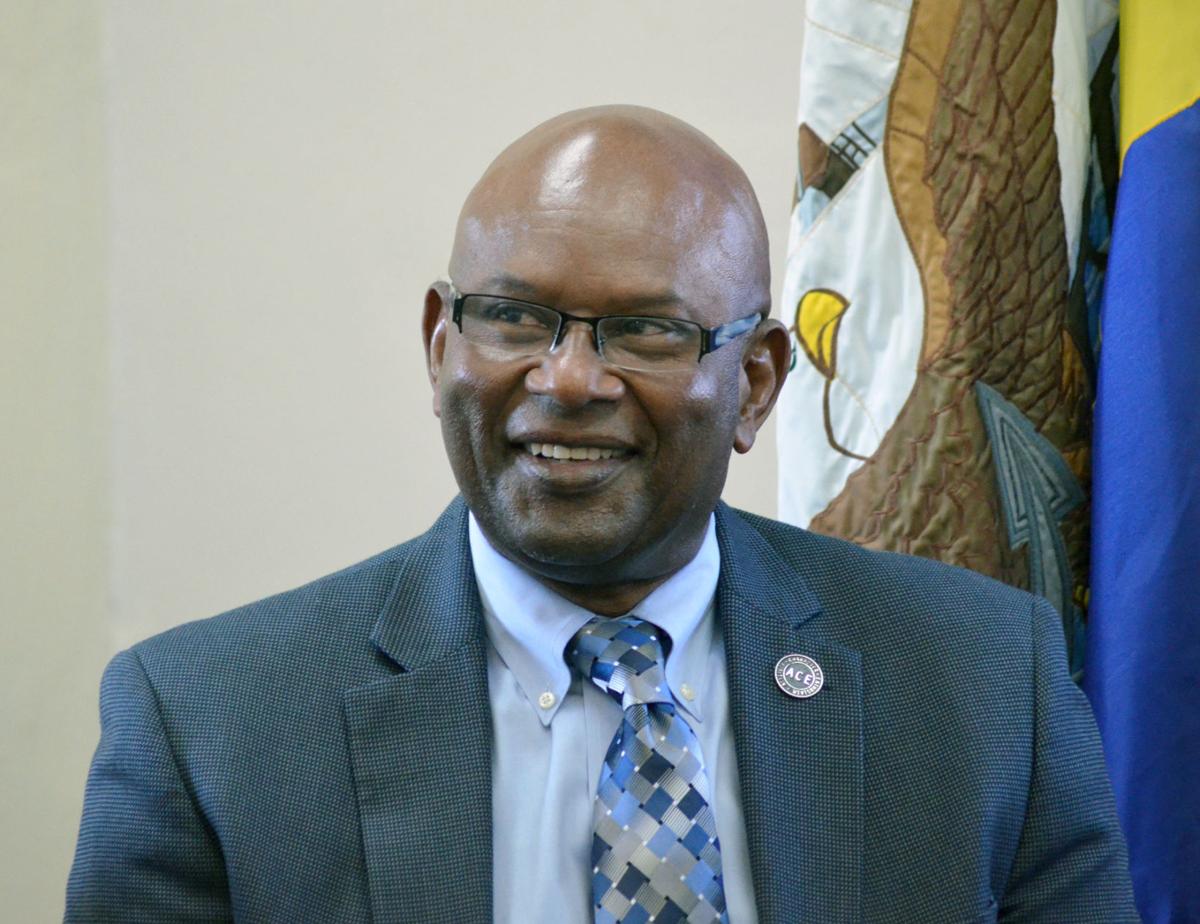 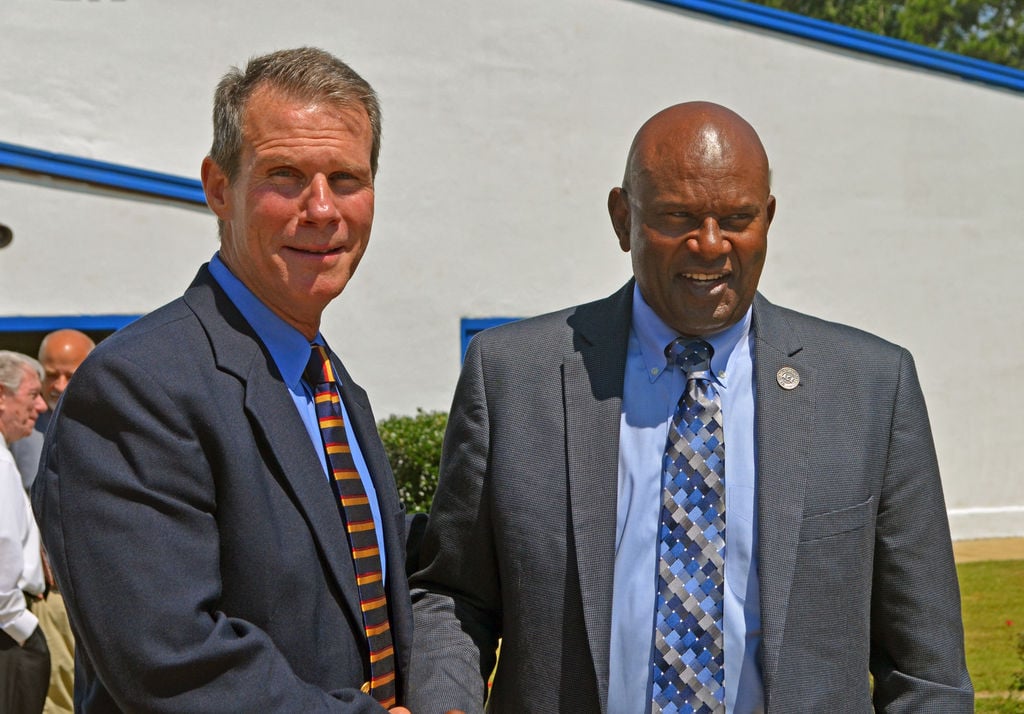 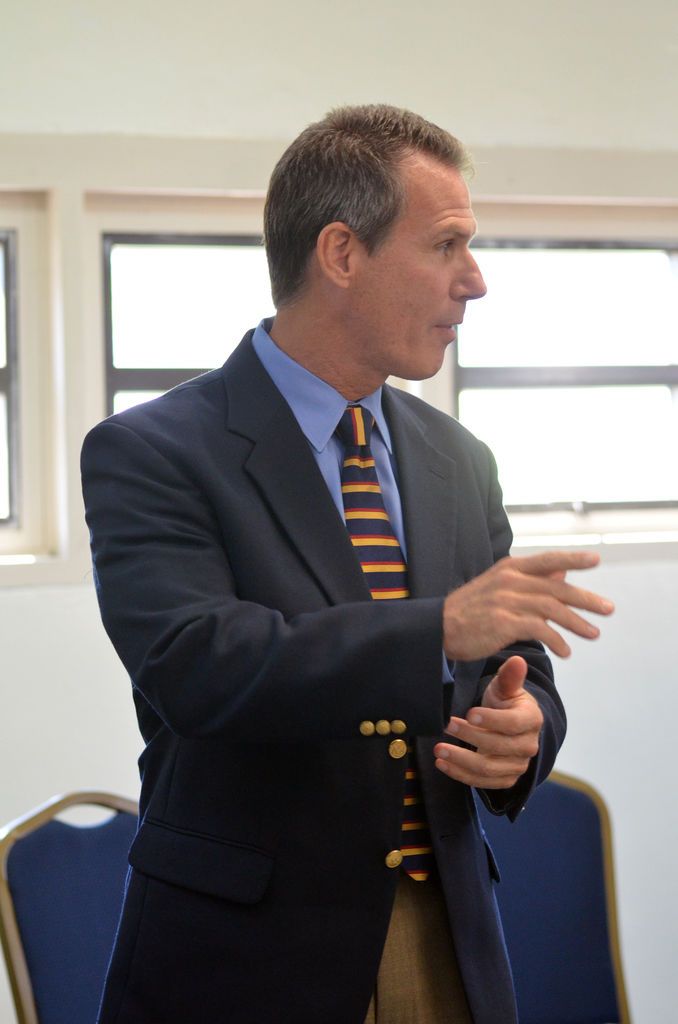 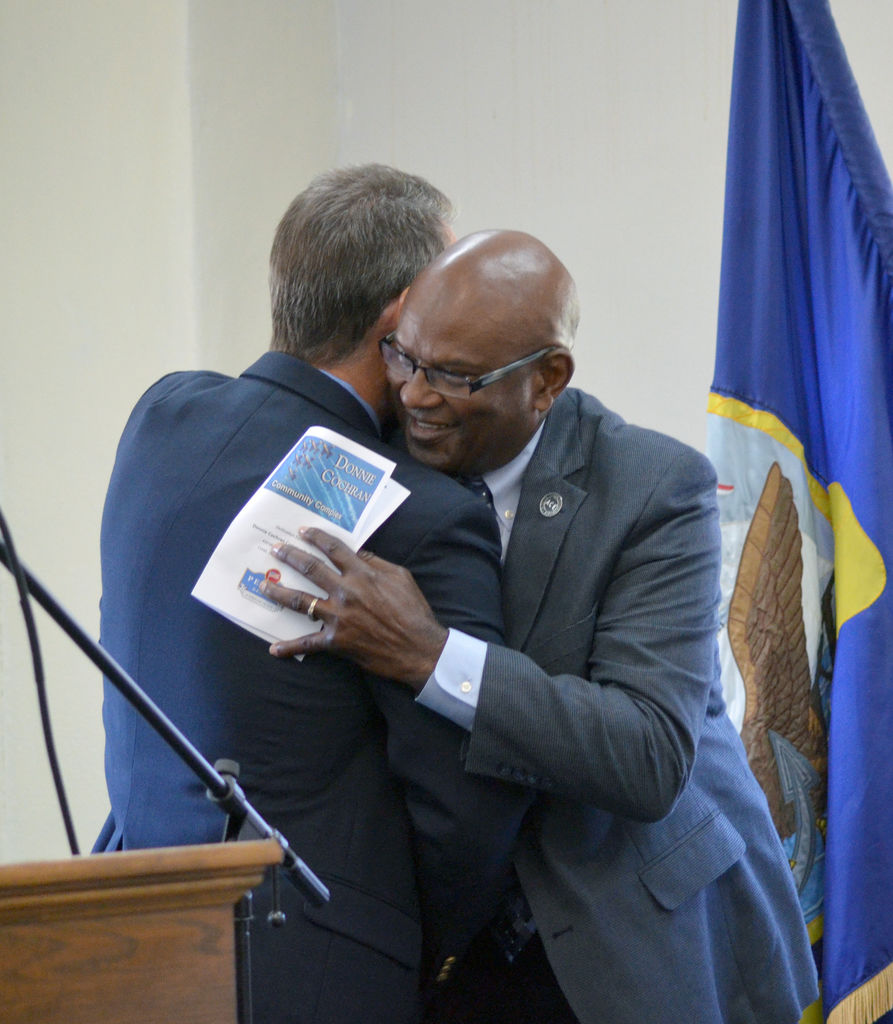 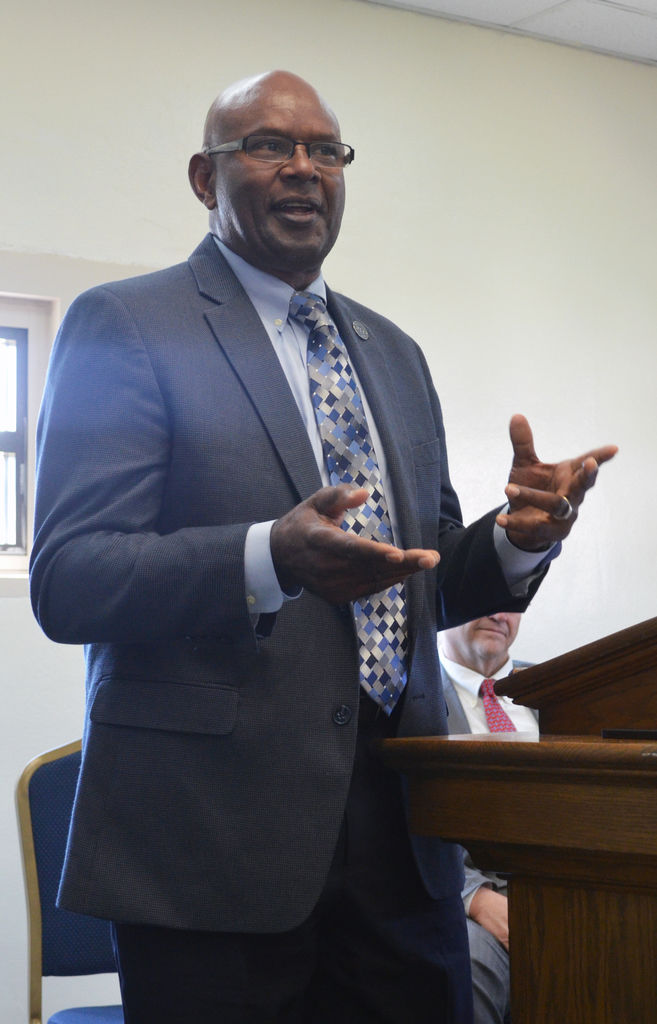 Capt. Donnie Cochran speaks about his experiences in the Blue Angels in Pelham on Thursday. (Staff Photo: Jon Gosa) 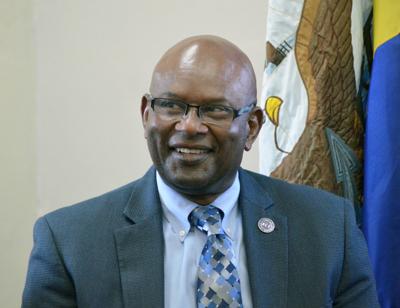 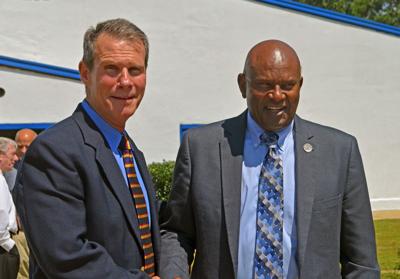 Capt. Donnie Cochran speaks about his experiences in the Blue Angels in Pelham on Thursday. (Staff Photo: Jon Gosa)

ALBANY — As a boy, Donnie Cochran, dreamed of flying. But even in his wildest dreams, he never imagined himself flying with the elite Blue Angels.

“I was born on my parent’s farm, which is about 5 miles outside of Pelham. That is where I grew up,” said Cochran. “We farmed everything. We had a variety of produce like peas, okra, corn, tomatoes, butter-beans; all of the good stuff that I crave now. We also had tobacco and cotton, along with animals like chickens, ducks, turkeys, guineas and even peacocks. We had cattle, goats, horses and donkeys. We had everything, including a big family.

“My dad had to produce his own work force. You know, when you have nine boys and they are all spread out with girls sprinkled in between, that’s a built-in work force. A lot of my work ethic I achieved on that farm. We had to work long hours to get things done. It was what I had to do to get to where I am today.”

According to Cochran, who was honored by his hometown Thursday, his fascination with flying began on that farm.

“When I was young, I had dreams of flying,” he said. “The way I became interested in flying was there were Navy jets that overflew the farm where I grew up. There were also cropdusters and all sorts of aviation-related aircraft that I would see. There must have been a training route located close to there, because these planes would fly over. That excited me and that inspired me to pursue the aviation route.”

Cochran is an inspiration for almost all who live in his hometown, so on Thursday, Mayor James Eubanks, along with Gov. Nathan Deal and Rear Adm. David Anderson, honored Cochran’s achievements at a dedication ceremony for the new Donnie Cochran Community Complex, located at 410 Mize Street in Pelham.

The facility was originally a school that Cochran attended as a boy. It later became a youth detention center and then the Pelham city jail, before being transformed into a community center.

“I went to elementary, middle and high school, except for my senior year, at that facility,” said Cochran.

Cochran’s interest in the Navy developed during college, after he saw one of his brothers in uniform.

“I went to Savannah State University,” said Cochran. “My brother, who went there before me, came home one day wearing this white Navy uniform and that excited me, because he was traveling outside of the States. He went to Peru, Chile and Panama. I had never been out of the state of Georgia. I was like, ‘My goodness, I love travel,’ and it was an opportunity to get my education paid for and to pursue aviation.”

According to Cochran, the first jet he flew was a McDonnell Douglas TA-4 Skyhawk as a student aviator, before going on to fly the F-18 Hornet, which has a top speed of Mach 1.8 or 1,190 mph. The aircraft is powered by two General Electric F404 turbofan engines, which give it a high thrust-to-weight ratio.

The armed version of the fighter jet can carry a wide variety of bombs and missiles, including air-to-air and air-to-ground, as well as having an intimidating 20 mm M61 Vulcan cannon.

“In the Blue Angels, we flew the A-4f Skyhawk for a while, but we transitioned to the F-18,” said Cochran. “The F-18 was wonderful, to say the least, very challenging, but wonderful to fly in terms of the skills required to make it happen. Ironically, you would think life would seem a little slower after that, but I stay so busy things seem like they have actually picked up.”

During a three-year period, Cochran flew more than 1,500 hours and in excess of 240 air shows with the Blue Angels, including many with his friend, Rear Adm. David Anderson, U.S. Navy retired.

“Donnie and I were junior officers together,” said Anderson. “We served on the team when the team was transitioning from the A-4 to the F-18 that they fly now, a much more sophisticated airplane. It was not all roses. It was a very tough transition. We had a lot of challenges.

“When I look back on our time together on the team, I remember the fatality we had my first year on the team, the ejection when I had to punch out of an aircraft, the numerous close calls, the hard lessons we had to learn and the stress on our families. When I look back and remember the things that Donnie and I went through together, I am more impressed now, 30 years in hindsight, with how Donnie, as a man, handled the situations we were in.”

Speaking about Cochran, Anderson relished the opportunity to tell a flying story.

“There was one maneuver where Donnie was in the diamond. It is the maneuver where four pilots get very, very close together, and one time they were so close that they were only 24 inches apart,” said Anderson. “I was a solo pilot. I was one of the two (pilots) that go off, do our thing, and then come to join up for the six-plane formation. And there is one maneuver at the end of the show where all six airplanes go up and split and then we come back, cross, and have all six planes stack at the very end of the show. We come over the center point from six different directions, and we are all doing about 400 knots, that’s 500 mph. So, when we are closing on each other, that is 1,000 mph, of closure.

“Donnie and I were two that opposed each other. Now, Donnie usually flew close formation, so we had an agreement. If he didn’t look, if he just flew his flight path and didn’t look at me, I promised that I wouldn’t hit him.”

“Very late in winter training, we did that maneuver, and I was showing off a little to the diamond pilots, but I got so close to Donnie that I had to lift my wing up so I didn’t hit him as we went over and then I put it back down. That is not the way it is designed to be done,” said Anderson. “Then we got into debrief and I didn’t know what Donnie was going to say. My blood rate was still pretty high up there, and Donnie just looked at me and said, ‘That was a pretty good crowd Hollywood.’ And that was it.

“We had some very interesting times, some very trying times, but Donnie always had this attitude that was ‘I can fix this. I don’t care what I did wrong today, just tell me what it is and I can fix it.’ He was never defeated, no matter how hard things were or how bad things were going. I respect this guy, and I trust him with my life.”

The camaraderie and respect between the two pilots was evident as they swapped stories.

“Let me say this,” said Cochran, jokingly. “Most of what you’ve heard today already about me, I got to confess is true.”

According to Cochran, after leaving the Blue Angels, he was deployed to the Persian Gulf aboard the USS Ranger, where he flew 24 missions over southern Iraq enforcing the no-fly zone.

He later served as the commanding officer of the Naval Reserve Officer Training Corps at Florida A&M University and was directly responsible for deploying more than 100 future naval officers for the Navy and Marines.

Cochran has served as the Deputy Commander and the Navy Recruiting Commander, second in command of more than 7,000 Navy recruiters in more than 1,500 locations worldwide before retiring with over 24 years of leadership and aviation expertise, including some 2,000 hours flown in fighter jet aircraft.

“I have to give grace and honor to God for protecting me while flying over 888 carrier landings,” said Cochran. “And for the things that I am trying to do now, which require a lot of energy. I am very fortunate that I still have the energy to continue. One of the things that I am doing now is leadership training and team development for police departments. I am very excited about that, especially in light of what’s going on. That’s another one of those big things that I am drawn to do to make a difference, building stronger leaders and stronger teams in our police departments.”

Cochran now lives in Atlanta with his wife.

As a boy, Donnie Cochran, dreamed of flying. But even in his wildest dreams, he never imagined himself flying with the elite Blue Angels.

Singer Christina Perri says she lost her baby, who was 'born silent'