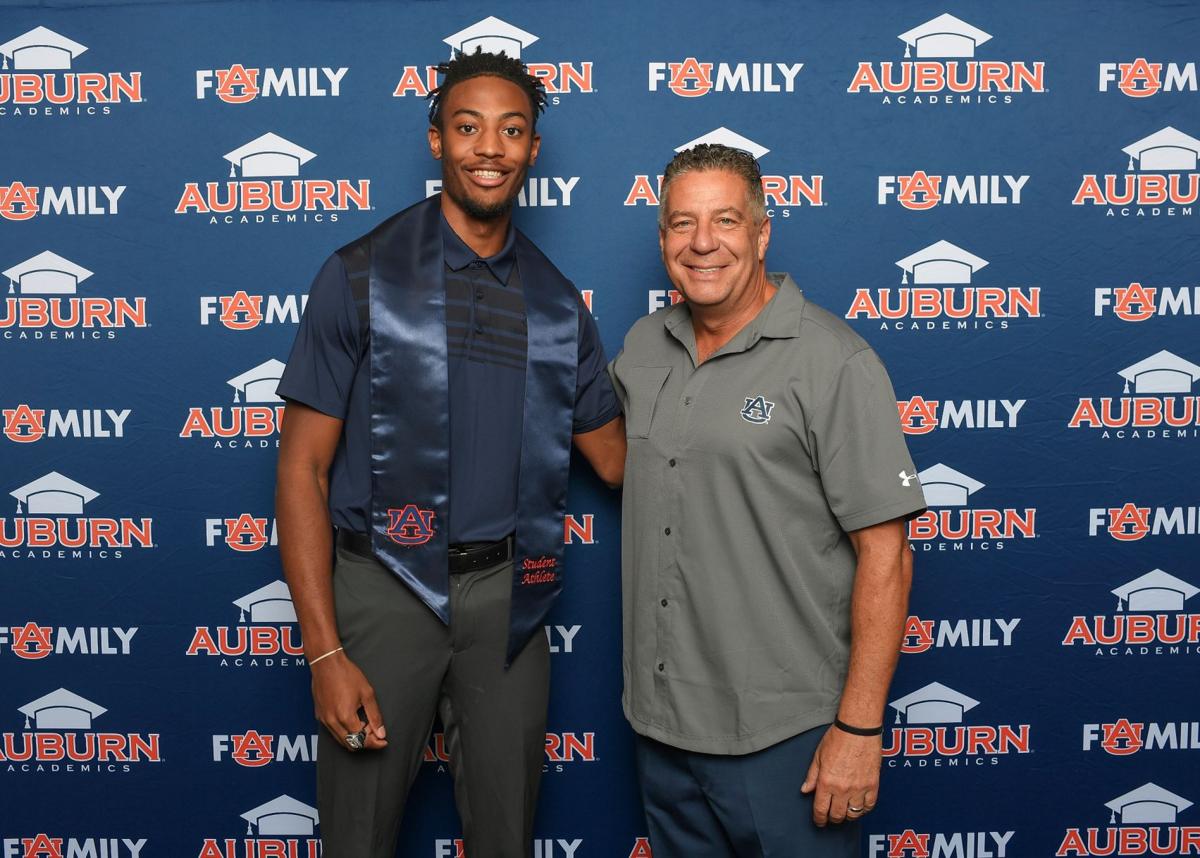 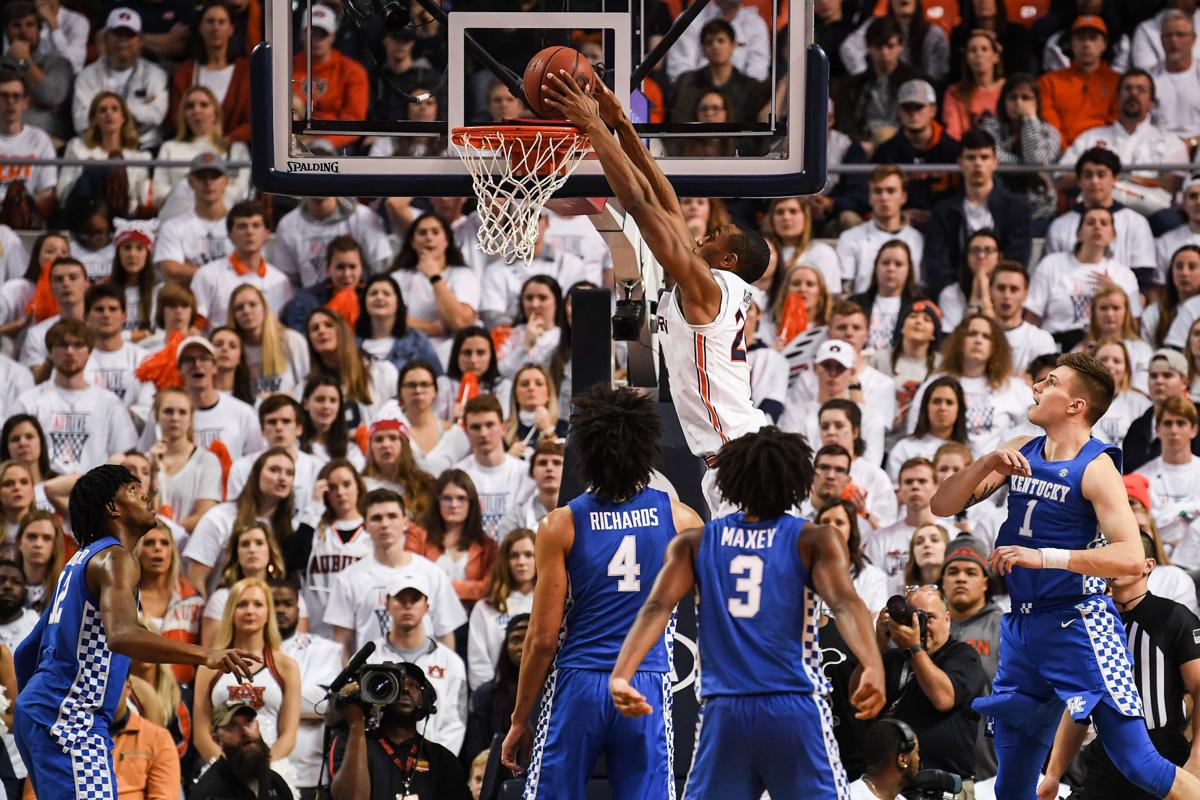 Anfernee McLemore dunks during a Feb. 1 game between the Auburn Tigers and Kentucky Wildcats at Auburn Arena. 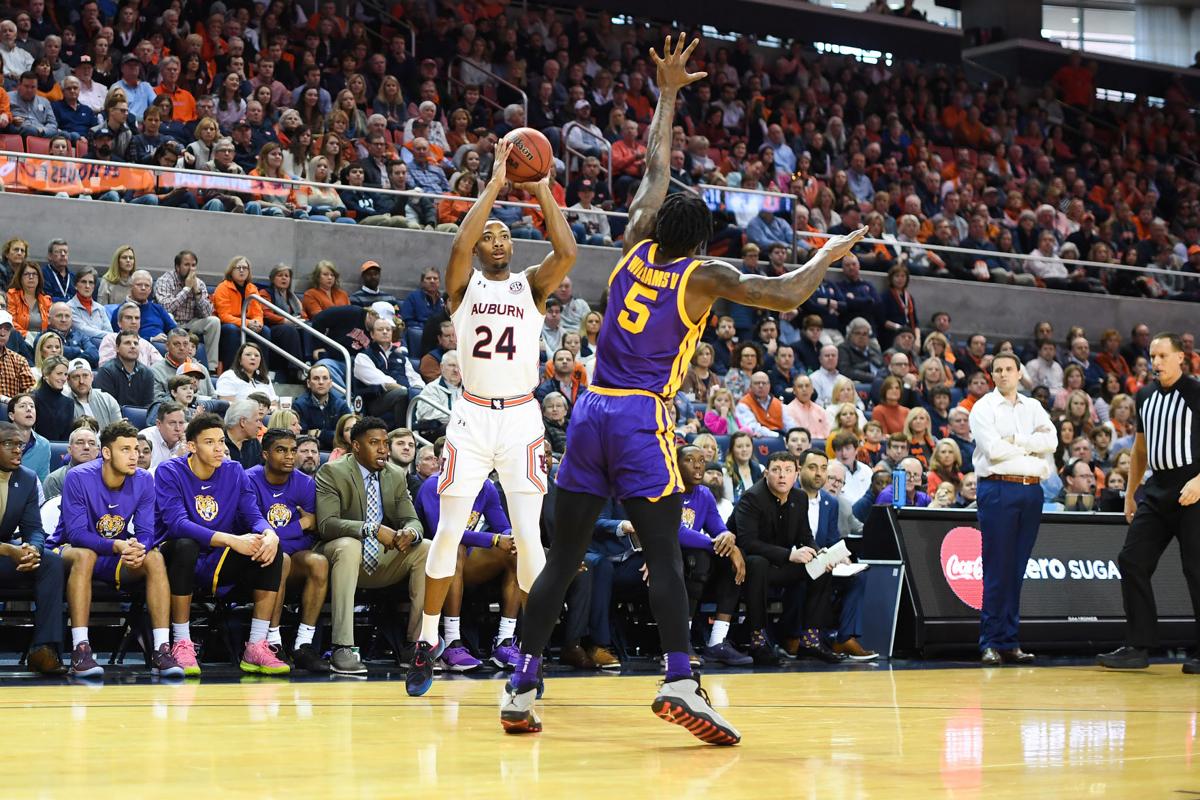 Auburn's Anfernee McLemore shoots during a Feb. 8 game against LSU at Auburn Arena. 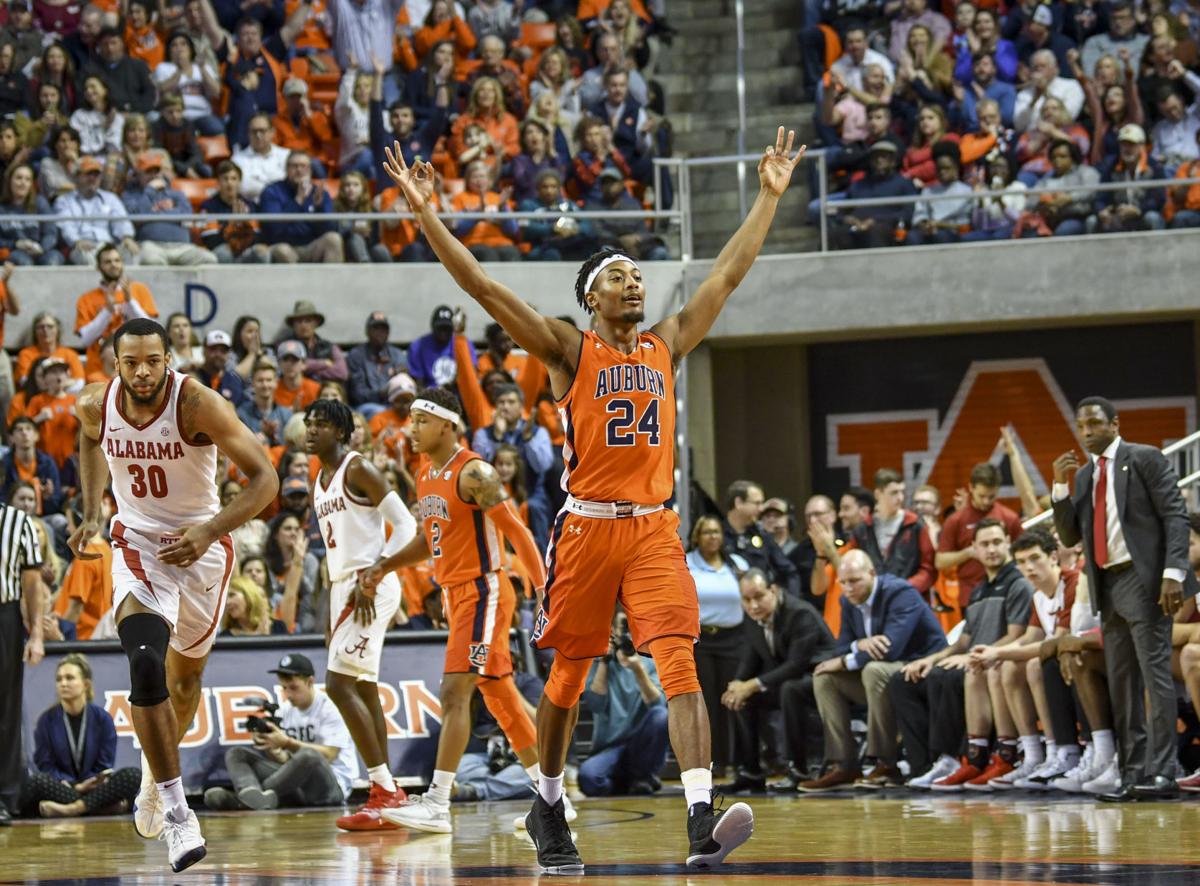 Anfernee McLemore celebrates after a 3-pointer against Alabama. 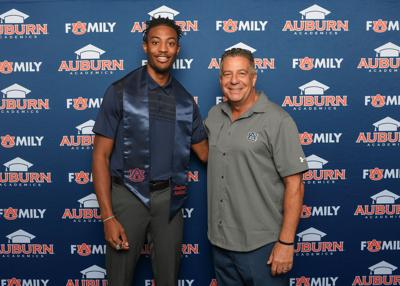 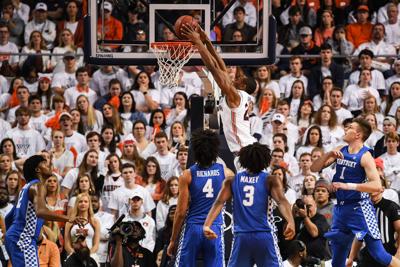 Anfernee McLemore dunks during a Feb. 1 game between the Auburn Tigers and Kentucky Wildcats at Auburn Arena.

Before he became a wealth manager at a Regions Bank in Birmingham, Alabama, Anfernee McLemore became a part of Auburn University basketball history.

“It was an incredible run,” McLemore said. “I never thought when I signed that I would have as much success as a student-athlete as I did.”

In 2018-19, McLemore started as junior center/forward for Auburn at a career-high 34 of 40 games. He averaged 6.7 points, four rebounds and 1.1 blocks in 19.1 minutes per game. McLemore helped the Tigers reach a point they never had before.

On March 31, 2019, No. 5 seed Auburn defeated No. 2 Kentucky 77-71 in overtime. The Tigers made the Final Four for the first time in program history. They followed it up this season by finishing second in the Southeastern Conference before the COVID-19 pandemic ended play.

Before McLemore became part of the best men’s basketball run in Auburn history, his story began in Sylvester at Worth County High School. McLemore strived to continue playing at the next level to follow in his brother’s footsteps. His older brother, Jerome Douglas Hamilton, played at Wichita State University.

“I always knew that one day I wanted to be a part of a Division I program,” McLemore said.

The 6-foot-7, 220-pounder valued academics along with basketball. He was accepted into the Massachusetts Institute of Technology, and had the opportunity to play at Yale and Brown.

McLemore decided that Auburn would provide a balance between basketball and academics. He mentioned Ivy League scholarships don’t offer an entirely full ride, and he found value in an SEC scholarship that covered tuition.

“It was about what was best for my family, financially,” McLemore said. “It was also the competitive nature in me that wanted to compete at one of the highest levels in a Power Five conference.”

McLemore found meaningful competition at Auburn. He also found meaning that stretches beyond the basketball court.

During his freshman year, McLemore said his role included showing support on the bench. He focused on staying right and staying ready for when his chance would come.

That chance came when Auburn’s former starting center suffered a shoulder injury. McLemore became a member of the Tigers’ starting five as a sophomore. The team continued to make the NCAA Tournament for the first time in 15 years.

McLemore credits some success to being in the right place at the right time under head coach Bruce Pearl. He worked around the basket as a post player in high school. McLemore said Pearl allowed him to develop and expand his game.

“He gave me the opportunity to play more freely and with confidence,” McLemore said. “I was able to showcase what I could do on the court.”

As a sophomore, McLemore led the SEC in blocked shots, made the league’s all-defensive team and appeared on professional draft boards. His career at Auburn began to crystallize until Feb. 17, 2018, when his journey came to a pause. McLemore suffered a serious injury, and he began to consider a future beyond basketball.

Just as No. 1 in the conference Auburn neared the end of its season, McLemore dislocated his ankle, fractured his tibia and tore ligaments in the first half of Auburn’s 84-75 loss at South Carolina. He watched his season end, and feared he would never walk or jump again.

“At the time of the injury I was thinking, ‘Wow, this is the end of my basketball career?’” McLemore said. “‘There’s not much more for me.’”

McLemore knew he would miss the next four to six months as he recovered. He said this time shifted his focus. It was an opportunity to see different doors opening in front of him.

McLemore viewed both basketball and academics as a priority. He discussed sacrifices he made to maintain a laser focus on an end goal, whether that would be on or off the court. He earned his bachelor’s degree in finance, and is currently 12 hours away from securing his master’s degree.

McLemore’s journey on the court continued, though, and he bounced back from his injury for the start of the 2018-19 season. He realized it was an obstacle that he couldn’t let defeat him, but had to overcome.

“I thought that if I were to be proactive and consistent with my recovery then I would be able to return to the caliber player that I was,” McLemore said. “Maybe even a little bit better.”

The Tigers returned to the NCAA Tournament, and McLemore recounted when No. 5 seed Auburn defeated No. 12 New Mexico State by one point in the first round. He said that the Tigers’ energy was at an all-time high moving forward.

“Once we got on the court against Kansas we thought, you know, these guys are human, just like us,” McLemore said. “Even though they’re from a historical basketball program, they’re playing basketball just like we are.”

The victory over No. 4 Kansas gave Auburn its confidence, and pushed the Tigers to defeat No. 1 North Carolina and No. 2 Kentucky. McLemore and his team had made the Final Four for the first time in Auburn history.

Auburn lost to eventual national champion and No. 1 seed Virginia 63-62. The Tigers’ memorable March journey came to a close.

“I feel blessed to have been a part of that program at that time,” McLemore said. “I did my best to do my part, and I feel like I couldn’t have done it on any other team.”

Auburn was ranked No. 2 in the conference this season going into the SEC tournament before COVID-19 abruptly brought an end to the 2019-2020 sports season, and McLemore’s career at Auburn.

He determined his future plans over the course of the season, and said cancellations didn’t impact his choices. He decided to step away from basketball to spend more time with his family and use his degrees.

“I prayed about it for a long time,” McLemore said. “Basketball has brought me so many blessings in my life, and it was a tool to get me to where I am today. It was time for me to hang it up, explore other options, and expand on different aspects of my life.”

The 7-year-old Georgia boy with Covid-19 who died drowned in a bathtub after a seizure, coroner says